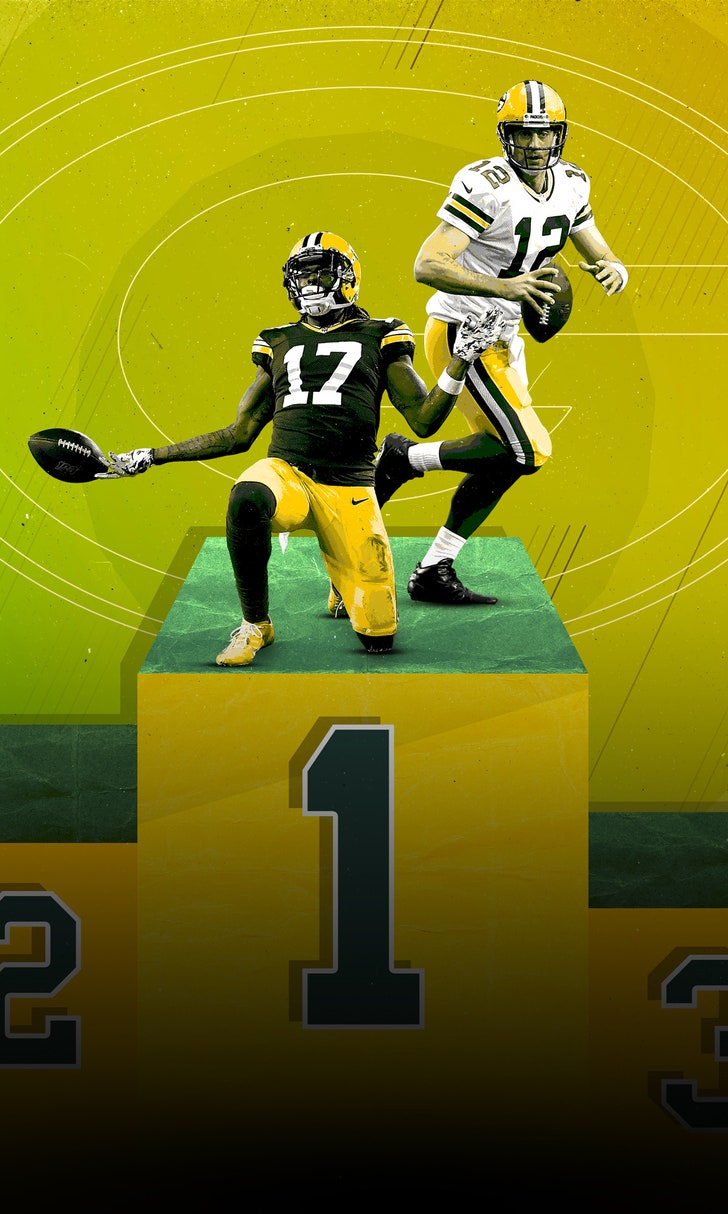 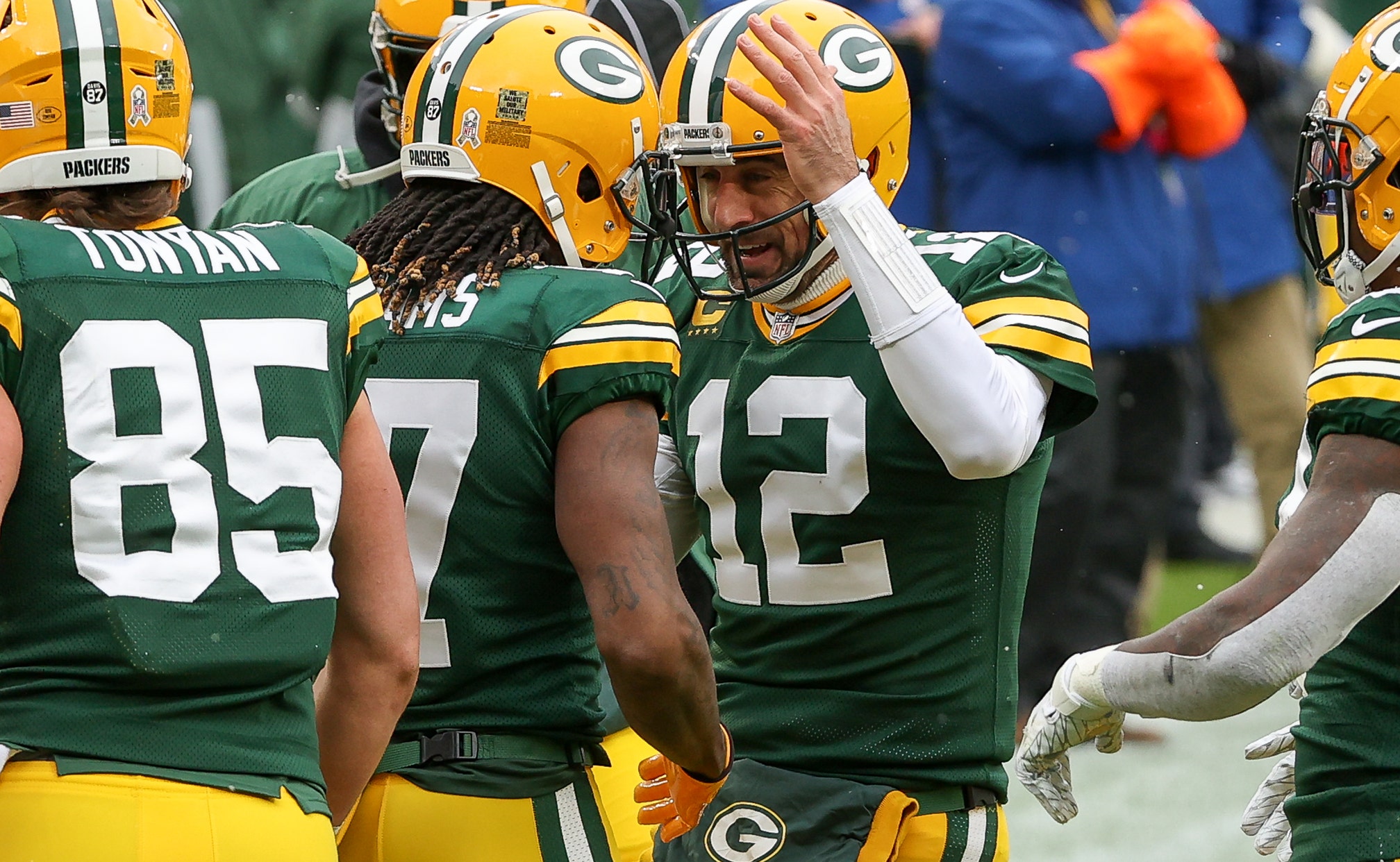 What was supposed to a be a premier matchup between the Green Bay Packers and San Francisco 49ers turned into an audition for Aaron Rodgers and Davante Adams for "Best Duo in the NFL."

And while the two made a strong case for the tandem award, in the process, they also made their individual cases for "Best Quarterback" and "Best Receiver" in today's game.

Let's start with Adams, who over the past three weeks has been arguably the most unstoppable force – regardless of position – in the NFL.

Taking into account the season as a whole, Adams has only played in six of Green Bay's eight games, but he still leads the NFL in receiving touchdowns (8).

In Week 1, Adams also torched the Minnesota Vikings for 156 yards and two TDs on 17 catches, so after Thursday's game, considering his midseason domination, Adams was willing to have the conversation about being the best receiver in the NFL.

The numbers, at least this season, support Adams' claim.

"[Adams] really believes in himself. He thinks he's a top five receiver in the game, hands down. And watching him work, he has all the intagibles of being a star receiver in this game for a long time."

Building off of Vick and Bayless' perspectives, Shannon Sharpe proceeded to lay out his top three receivers in the game today early on Friday morning.

"For me, for my money, I'm taking Julio ... I love his physicality. For a guy his size, he runs good routes. He's not as crisp a route-runner as Davante, but he can run routes. I got D-Hop second, based on what he was able to do during his time in Houston and what he's been able to build with Kyler [Murray]."

Heading into Sunday's matchup with Denver, Atlanta wideout Julio Jones has 584 receiving yards and two touchdowns in six games, while Hopkins will look to build on his league-leading 704 receiving yards against the Miami Dolphins.

Hopkins has three receiving touchdowns this season, and will play in his eighth game of the year come Sunday.

Despite having Adams third on his list, Sharpe made sure to give him kudos for his scoring prowess from the receiver position, mentioning his name with two of the game's all-time greats.

"We haven't seen anybody be able to score the football like Adams maybe since Randy Moss. He's getting in that Randy Moss and Jerry [Rice] area to be able to put the ball in the end zone with the frequency that he does."

As is the case with any receiver, however, they need someone to throw them the ball.

And while Rice had Joe Montana and Steve Young, and Moss had Tom Brady for a short period of time, Adams is benefitting heavily from having Rodgers as his gunslinger.

On Thursday, while Adams might have been the star of the game, Rodgers wasn't far behind.

As of Friday morning, Rodgers' 2,253 passing yards rank fourth in the NFL, his 24 touchdown passes ranks second, and his 117.5 passer rating ranks second.

He is tied for the second fewest interceptions thrown this season (2) for quarterbacks who have made at least four starts. Only Kansas City's Patrick Mahomes has thrown fewer (1).

On top of all that, the Packers sit at 6-2, good enough for first in the NFC North and tied for the second best record in the NFC as a whole.

All of the evidence certainly begs the question – does Rodgers still have a case as the best quarterback in the NFL?

While First Things First co-host Nick Wright – a lifelong Chiefs fan – didn't go as far as to put Rodgers above Mahomes, he did point out that save one well-below-average performance aside, Rodgers has been nearly perfect this season.

In that Week 6 loss at Tampa Bay, Rodgers went 16-for-35 with 160 passing yards and two interceptions. It remains the only game this season he has turned the ball over through the air, passed for less than 240 yards, and posted a passer rating below 107.6.

On Friday morning's edition of Get Up, former NFL cornerback Ryan Clark lauded Rodgers' performance from not only last night, but over the course of the first half of the season.

"Right now, Aaron Rodgers is playing the best ball we've seen him play since 2016, and he's definitely in the MVP conversation. But more than anything, he's able to carry a team again. So if you protect Aaron Rodgers and you play a little bit of defense, if he gets hot, that's how you win a Super Bowl."

Let's see what you got, A-Rodg.