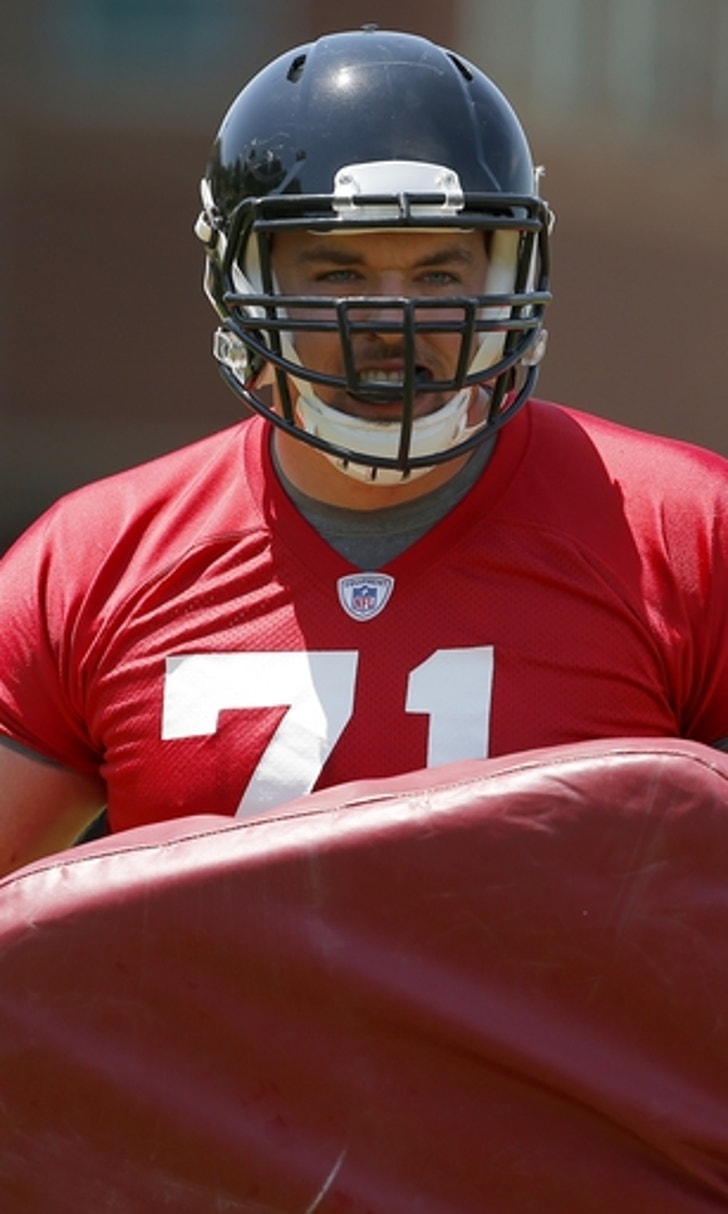 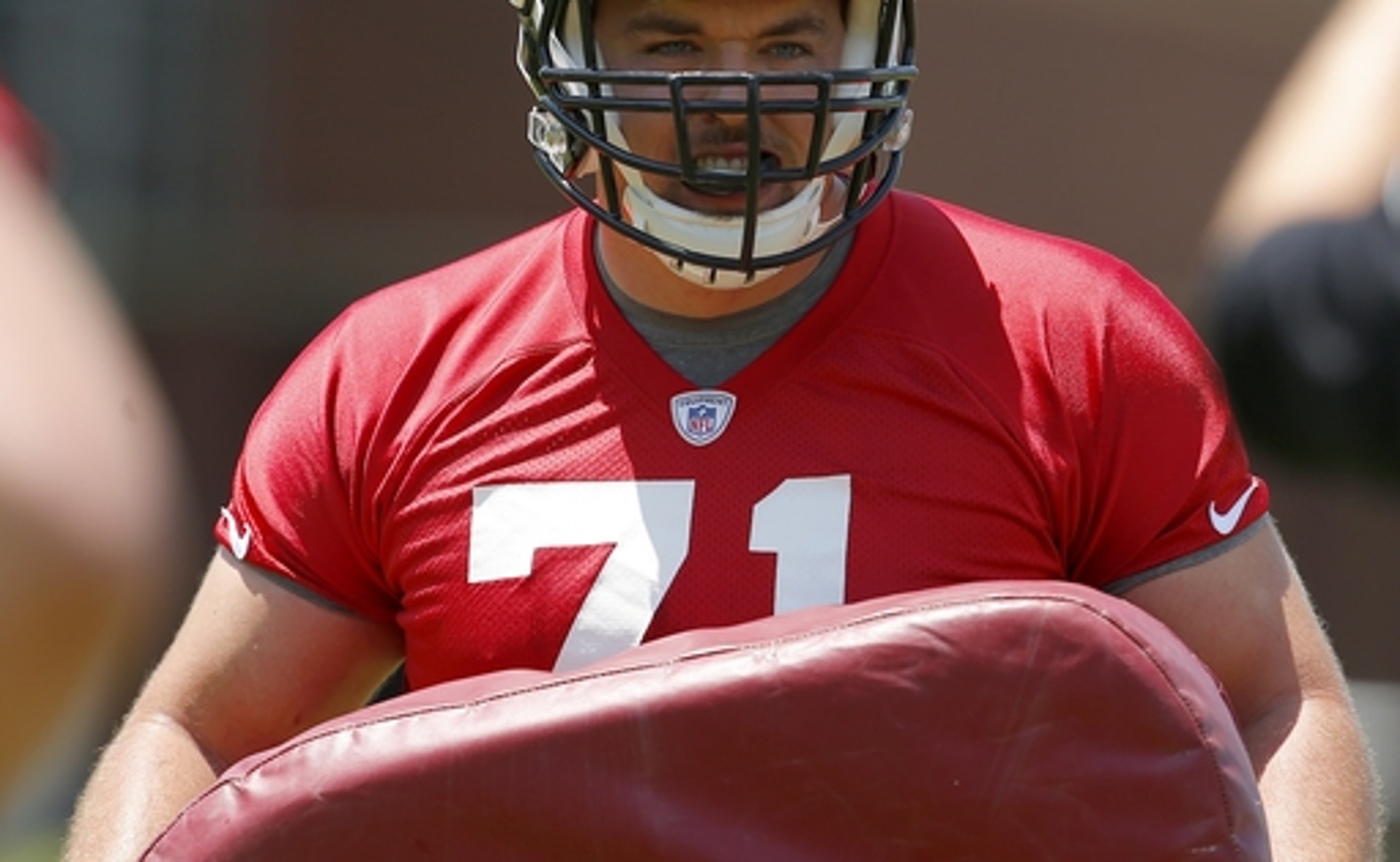 FLOWERY BRANCH, Ga. (AP) Wes Schweitzer was in no mood to talk Wednesday.

That was obvious as soon as he got to his locker. The Atlanta Falcons offensive guard rummaged through his belongings, barely acknowledging a pair of reporters standing behind him. When he finally turned around, he answered a handful of questions with a terse stream of clich�s, making it perfectly clear he'd rather be doing just about anything but this .

''I'm just excited for another opportunity to compete,'' he said. ''Umm, another game. I've gotta get ready to play.''

His first game as the starting right guard for the NFL's most potent offense didn't go so well. It was easy to point a finger at Schweitzer - a sixth-round pick who didn't get on the field at all last season - as one of the primary causes for Atlanta's lackluster showing in a 23-17 victory over the Chicago Bears . Of course, it was much more complex than that.

When things go well, an offensive guard can cruise through his football life with hardly any attention.

But when someone on the opposite side of the line - in this case, Chicago's Akiem Hicks - has a couple of sacks, then everyone wants to know what went wrong. Schweitzer is certainly feeling the heat heading into Sunday night's game against a much more challenging opponent, the Green Bay Packers, in a rematch of last year's NFC championship game.

Mike Daniels and Nick Perry combined for three sacks in a defensive masterpiece in Week 1. The Packers limited Seattle to three field goals in a 17-9 victory that showed just how much Green Bay has improved since being blown out 44-24 by the Falcons nearly eight months ago with a trip to the Super Bowl on the line.

Quinn said he'll be looking for Schweitzer - and the entire line, for that matter - to clean up some of the mistakes that slowed the offense against the Bears . The coach pointed out that if a lineman handles 50 plays flawlessly but messes up a couple of assignments, everyone talks about those two plays.

''That's the nature of the position,'' Quinn said. ''It's not just him on that one. Actually, that's been a big topic for our team. Can our execution, our consistency, really get better?''

Last season, the Falcons led the NFL in scoring with a franchise-record 540 points, an average of 33.75 per game and 71 more points than the next team on the list. With veteran Chris Chester at right guard, Atlanta was held to fewer than 24 points in only two games - a 23-16 victory at Denver and a 24-15 loss at Philadelphia.

When Chester retired after the season, the Falcons decided to fill the position from within. They had Ben Garland, who backed up on both the offensive and defensive lines during the run to the Super Bowl. They also had Schweitzer, who made the team as a rookie but was inactive throughout the regular season and playoffs.

The two battled throughout training camp and the preseason before Schweitzer was announced as the starter six days before the opener. A graduate of San Jose State with a degree in chemistry, there was no question about his ability to handle the mental aspects of the role. What remains to be seen is whether he's physically up to the challenge.

Ryan Schraeder, who lines up alongside Schweitzer at right tackle, is confident that he'll develop into a dependable lineman as he gains more experience.

''It takes time,'' Schraeder said. ''He's got a lot to learn. But the cool thing is that he's on top of everything. He's doing everything he can to get better and learn. It's just a matter of playing more football.''

It is difficult to tell what sort of jump Schweitzer looking to make in his second game.

This is all he had when asked about it.

More than anything, he hopes no one notices him Sunday night.

NOTES: Rookie RB Brian Hill returned to practice Wednesday after missing the season opener with an ankle injury. The fifth-round pick from Wyoming went down in the second preseason game against Pittsburgh and hasn't played since. Hill was officially listed as limited, along with C Alex Mack (back), S Kemal Ishmael (hamstring), LB Duke Riley (knee) and TE Eric Saubert (hamstring). Quinn said all five players should be available for Week 2.

NFL's Top Plays of Week 6
There was a role reversal in New England and a wild touchdown in Philly. Check out the other top plays from NFL Sunday!
October 18