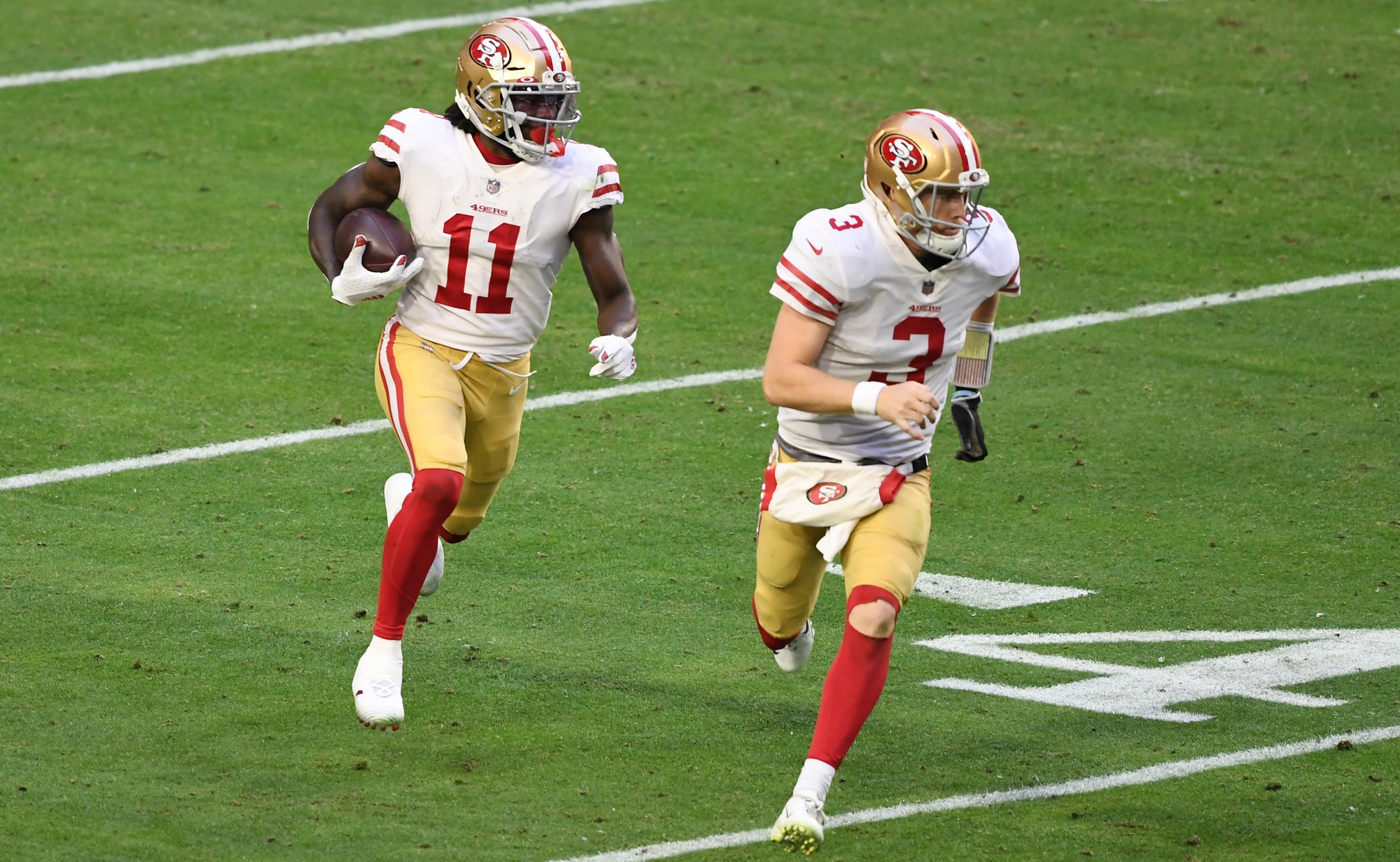 It is the holiday season, and the San Francisco 49ers might have just played the role of the Grinch in the NFC West, defeating the Arizona Cardinals 20-12 and dealing a major blow to the Cardinals playoff hopes.

Here are 3 takeaways from this Saturday Night Football matchup.

49ers quarterback C.J. Beathard didn't have a monster night through the air, but he was the definition of efficient.

And that is all the 49ers needed to secure a win on Saturday night.

Beathard threw for a season-high 182 yards while registering three touchdowns on only 13 completed passes.

And it is no coincidence that Beathard's success came in the return game for All-Pro tight end George Kittle, who caught four passes for 92 yards.

In a year where the 49ers haven't had stability at the quarterback position, with Jimmy Garoppolo only playing six games, Beathard provided a steady hand for a big win.

While Beathard might have accounted for all of the touchdowns for the 49ers Saturday, the catalyst for the win was third-year running back Jeff Wilson Jr.

Wilson rushed for 183 yards while also adding a 21-yard receiving touchdown, proving to be the continuous bright spot in the 49ers offense throughout the night.

He paced a 49ers rushing attack that totaled 227 yards and 7.6 yards per carry.

They might not be heading to the playoffs, but there is a chance the 49ers have their featured back heading into next season in the form of Wilson Jr.

2020 had been a step in the right direction for the Cardinals. This loss to the 49ers, however, could be the one that spoils their season.

Arizona still has a chance to make the playoffs, but their path to the third and final wild card spot just became a lot more difficult.

The Chicago Bears have the inside track to the final spot, and can secure it by simply winning out or simply splitting the final two if the Cardinals lose next Sunday to the Rams.

There isn't any such thing as an easy win in the NFL, but with a sub .500 49ers team coming to Arizona without their starting quarterback, this was a favorable matchup for the Cardinals that didn't go their way.

Now, they must wait until the final week to see if they get into the postseason.