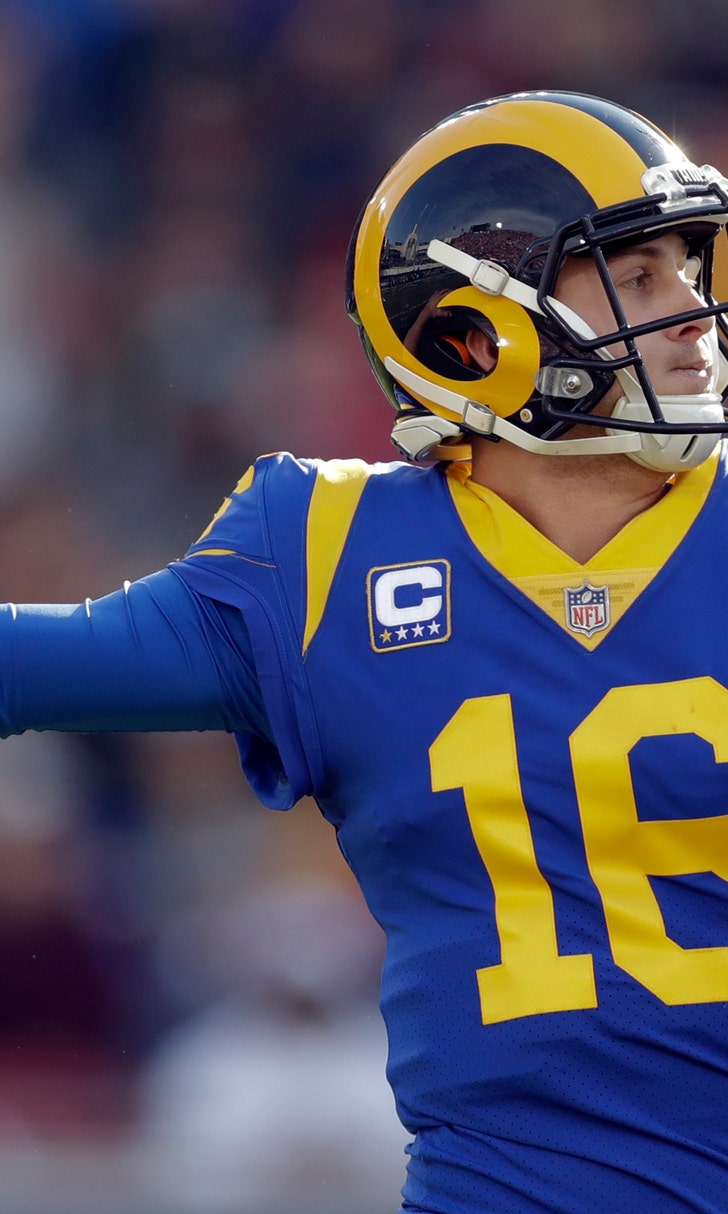 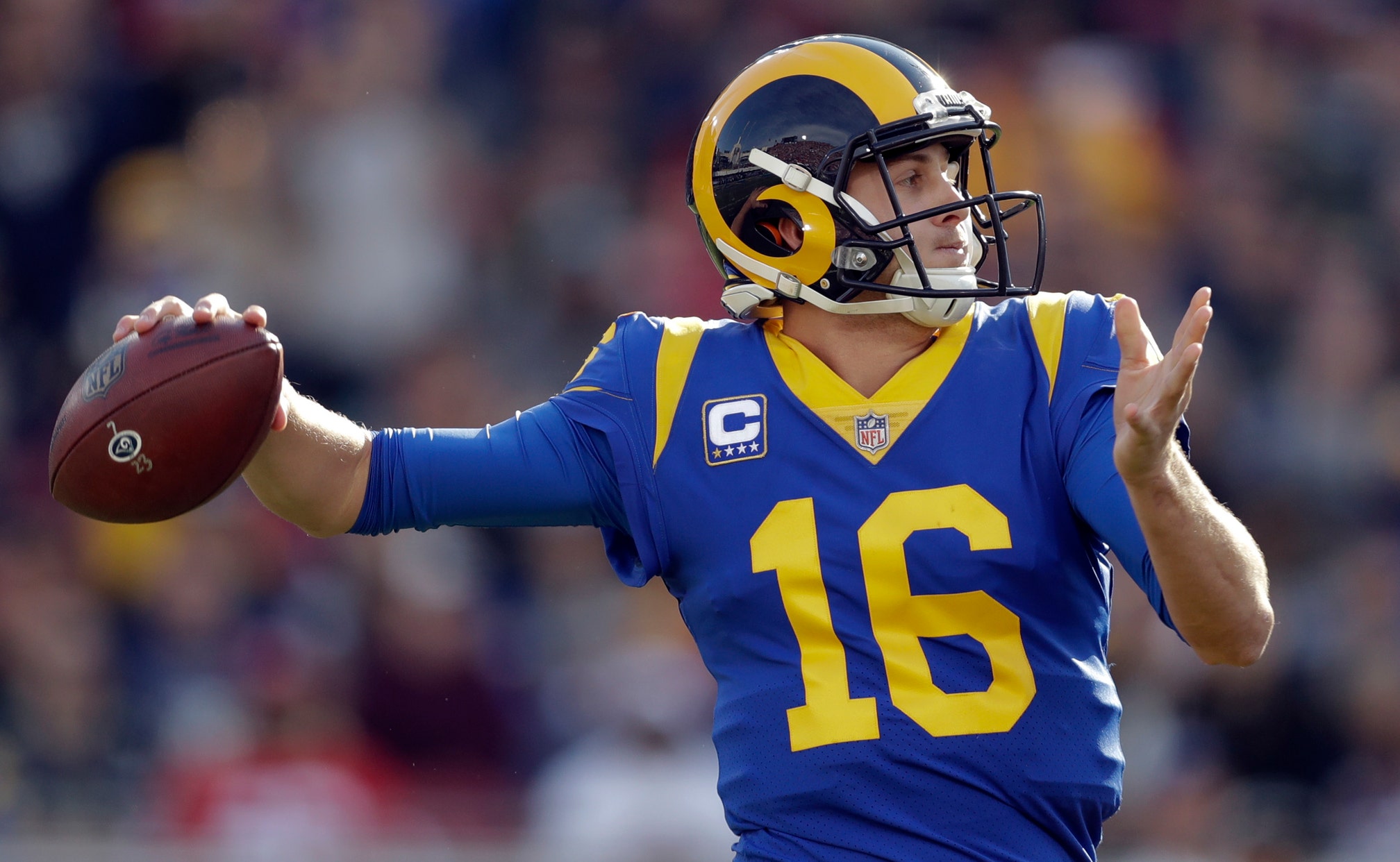 The regular season is over and there are 12 teams remaining in the run to the Super Bowl.

And at the top of the AP Pro32 poll, the new year starts right where the previous one ended.

The New Orleans Saints, Los Angeles Rams and Chicago Bears, the top three seeds in the NFC, retained their top three spots in the final AP Pro32 poll of the season.

New Orleans received 11 of the 12 first-place votes for 382 points in balloting Wednesday by media members who regularly cover the NFL. New Orleans will open the playoffs at home in the divisional round on Sunday, Jan 13.

"The Saints lost in Week 1 and Week 17, both at home," said Ira Kaufman of Fox 13 in Tampa, Florida. "In between, Drew Brees and company established themselves as the team to beat in the Super Bowl chase."

The Rams, who also finished 13-3 in the regular season, will start their postseason at the Coliseum on Saturday, Jan. 12.

The Bears will close wild-card weekend when they host the defending Super Bowl champion Eagles on Sunday.

The next six spots in the poll are all taken by the AFC's playoffs teams.

The Chiefs, who have the AFC's top seed, are No. 4. Kansas City, which received the remaining first-place vote — from John Czarnecki of Fox Sports — has won the AFC West for three consecutive seasons.

Patrick Mahomes, who finished with 5,097 yards and 50 TD passes, will try to get Kansas City its first home playoff win since the 1993 season.

"MVP front-runner Patrick Mahomes finished a brilliant first season as a starter with 50 touchdown passes," said Newsday's Bob Glauber. "With home-field advantage in the AFC playoffs, is a Super Bowl berth next?"

The Los Angeles Chargers and New England Patriots finished in a tie at No. 5 in the poll.

The Patriots, who won the AFC East for the 10th straight season and 15th time in the past 16 seasons, are the No. 2 seed in the AFC. They are trying to reach their ninth Super Bowl in the Bill Belichick-Tom Brady era. They are also trying to become the first team since the 1990s Buffalo Bills to return to the Super Bowl after losing it the previous season, and the first since the 1992 Bills to make a third successive trip to the big game.

The Chargers, despite finishing with the same record as the Chiefs at 12-4, lost the tiebreaker and are the No. 5 seed in the AFC. They will head to Baltimore to face the AFC North champion Ravens on Sunday. The Ravens are No. 9 in the poll.

AFC South rivals Houston and Indianapolis are Nos. 7 and 8 in the poll. Those teams will open the postseason in Houston on Saturday when they meet for the third time after splitting their previous meetings.

"Just wish they had another WR," Czarnecki said of the Texans. Houston's DeAndre Hopkins finished second in the NFL with 1,572 yards, but the depth took a hit when Demaryius Thomas was lost for the season with an Achilles tendon injury.

Seattle and Dallas, who meet Saturday night in Texas, are 10th and 11th in the poll. The Seahawks and Cowboys both finished 10-6. They met in Seattle in Week 3, when the Seahawks won 24-13.

The team that made the biggest climb from the first poll, which was released before the season started, was the Bears, who started out at No. 28 and finished at No. 3. And the team that had the biggest drop was the Jacksonville Jaguars, who began at No. 7 and ended up at No. 28.

The Arizona Cardinals, who finished with the worst record in the NFL at 3-13 and have the No. 1 pick in April's draft, were a unanimous choice for last place in the poll.

NFC Southern Division
share story
those were the latest stories
Want to see more?
View All Stories
Fox Sports™ and © 2020 Fox Media LLC and Fox Sports Interactive Media, LLC. All rights reserved. Use of this website (including any and all parts and components) constitutes your acceptance of these Terms of Use and Updated Privacy Policy. Advertising Choices. Do Not Sell my Personal Info