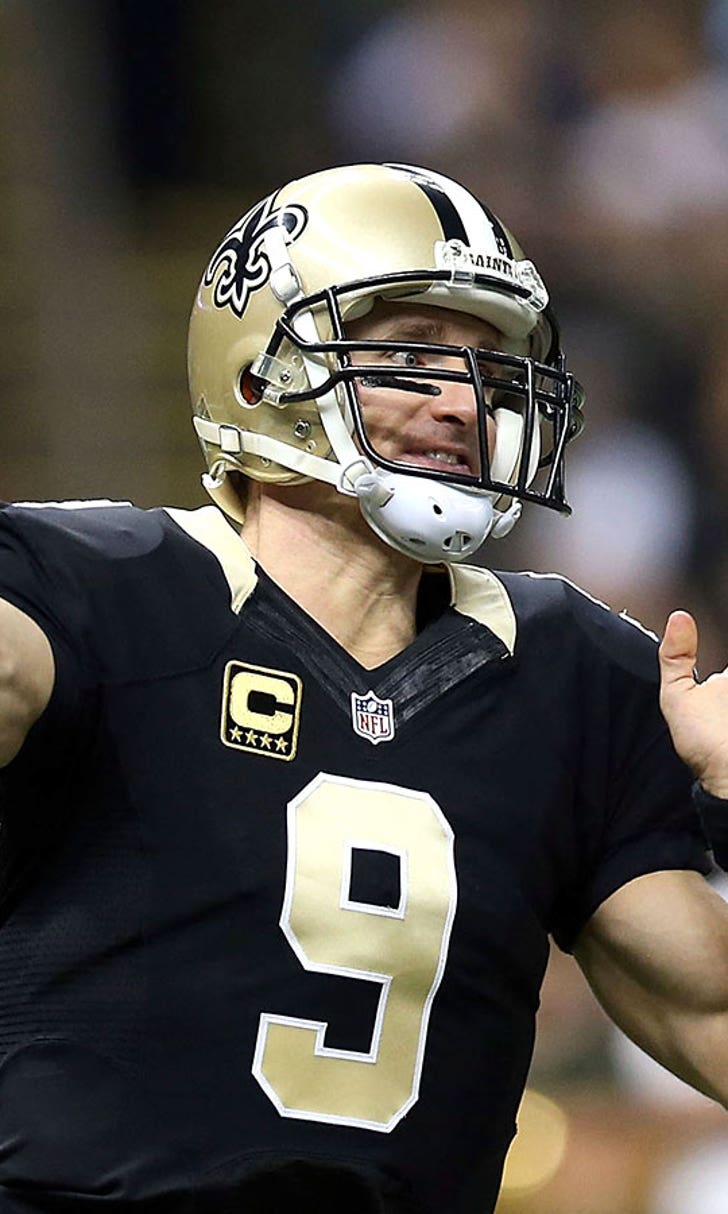 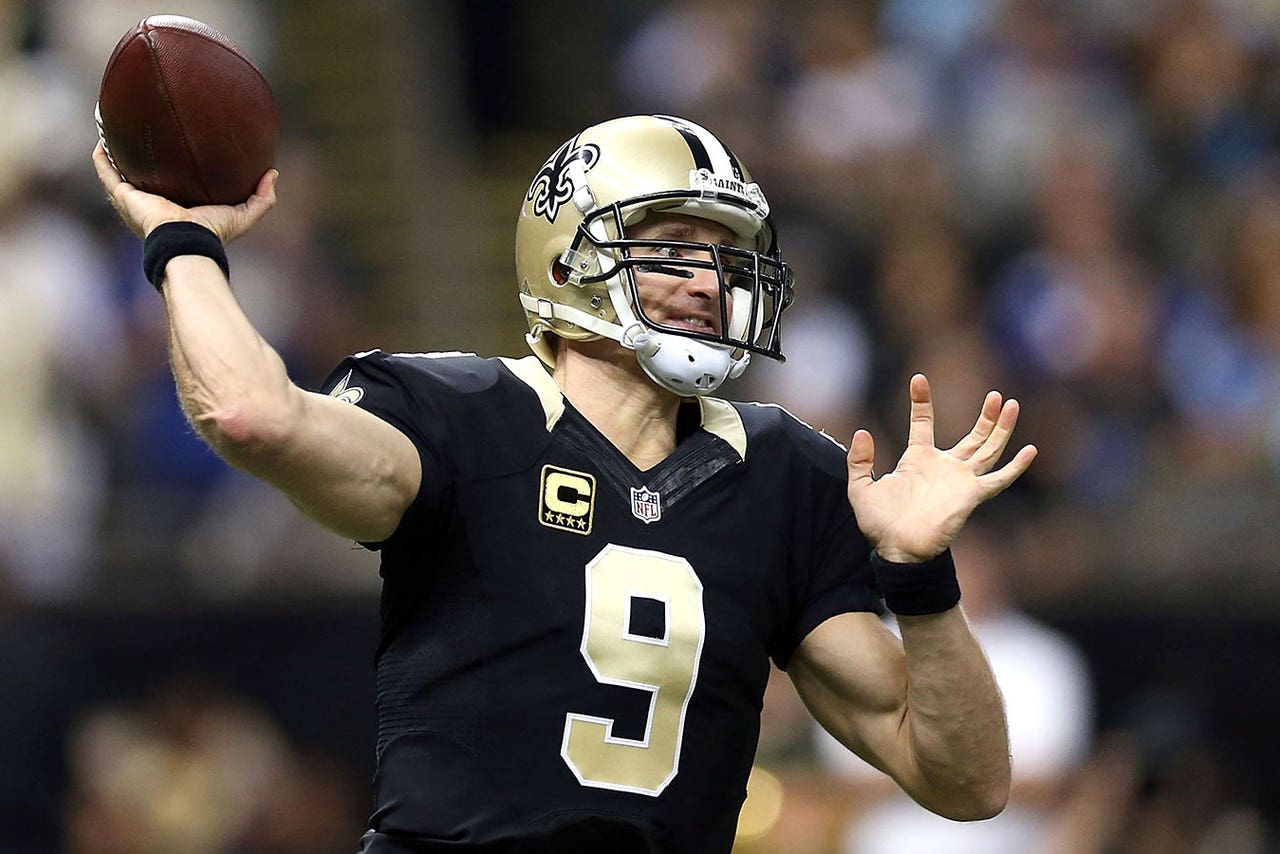 METAIRIE, La. (AP) The streaking New Orleans Saints are not planning on slowing down, even after a defensive performance on Sunday that could have given them pause.

Back to .500 at midseason following a 1-4 start, they took more positives than negatives from their record-setting 52-49 victory against the New York Giants. Drew Brees and Eli Manning combined for an NFL-record 13 touchdown passes.

''Sometimes games take on a flow to them,'' Saints coach Sean Payton said. ''I don't think New York or New Orleans went into that game thinking it would be in the high 40s, low 50s, and yet it began to unfold that way. The key was getting a stop at the end.''

Right after Brees' seventh touchdown pass tied the score at 49 with 36 seconds left, the Saints forced a three-and-out, setting up a wild punt return that led to Kai Forbath's 50-yard field goal as time ran out. Manning failed to connect with Rueben Randle on a deep pass, dumped the ball to running back Shane Vereen for 5 yards and threw incomplete on third down.

''You give up a few plays on that drive, and all of a sudden they (the Giants) are kicking a field goal to win the game,'' Payton said. ''And you go home with a loss.''

Instead, New Orleans (4-4) is back in the playoff hunt with the softest part of the schedule in front of it. The Saints' three remaining games in November are against Tennessee (1-6) at home and Washington (3-4) and Houston (3-5) on the road.

With Brees and the offense finding a new level, they have a real chance to continue their roll. New Orleans started sluggishly after trading its two leading receivers in the offseason - tight end Jimmy Graham and wide receiver Kenny Stills.

Against New York, though, Brees appeared totally comfortable with his new group, throwing for a career-best 511 yards.

''It was like magic,'' said running back C.J. Spiller, a key free agent acquisition who caught the tying touchdown in the final minute. ''I've seen him have performances like that from afar, but to be in it, you could tell he was locked in and ready to go. He showed you who he is.''

Ben Watson, Graham's replacement as a starter, caught nine passes for 147 yards. Watson has the same number of receptions for the season (38) as Graham in Seattle, with more touchdowns (3-2) and yards (472-450).

''There's a time on task that takes place with a guy like Willie Snead or Brandin Cooks,'' Payton said. ''You're seeing that production take place, and you're also seeing it at the tight end position.''

The only down note for the offense was a season-ending injury to backup Khiry Robinson, who broke his right tibia in the second quarter and had surgery Sunday night. Payton said Robinson would be put on injured reserve, opening up an opportunity for Murphy, a rookie who has concentrated solely on punt returning, to be the No. 3 back behind Mark Ingram and Spiller.

Still, the Saints professed no more concern about their running back depth than in their defense, which is 30th in the NFL in yards allowed after giving up 416 to New York.

''It's a growing process that we're going through, said rookie linebacker Stephone Anthony, who had a team-high 11 tackles against the Giants. As we continue to jell and continue to play together, we'll figure this thing out.''

Defensive end Cameron Jordan pointed out New Orleans sacked Manning three times after he had been sacked only nine times in the Giants' first six games. The Saints ran their total to 12 sacks in their three-game win streak.

A year ago, New Orleans climbed out of an early hole to get to 4-4 and promptly lost three in a row at home on the way to a 7-9 finish.

Despite the defensive struggle against Giants, the Saints see no similarities this time.

''This is a different team,'' Payton said. ''We've had good focus week to week. We'll get the corrections made.''

Three Ideas For Russ & The Seahawks
Martin Rogers presents three options to address Russell Wilson’s displeasure with the way things are being handled in Seattle.
3 days ago

The Brady Plan
Before he released a workout video, Saints QB Drew Brees' retirement seemed like a done deal. Instead, might he follow Tom Brady's path?
3 days ago