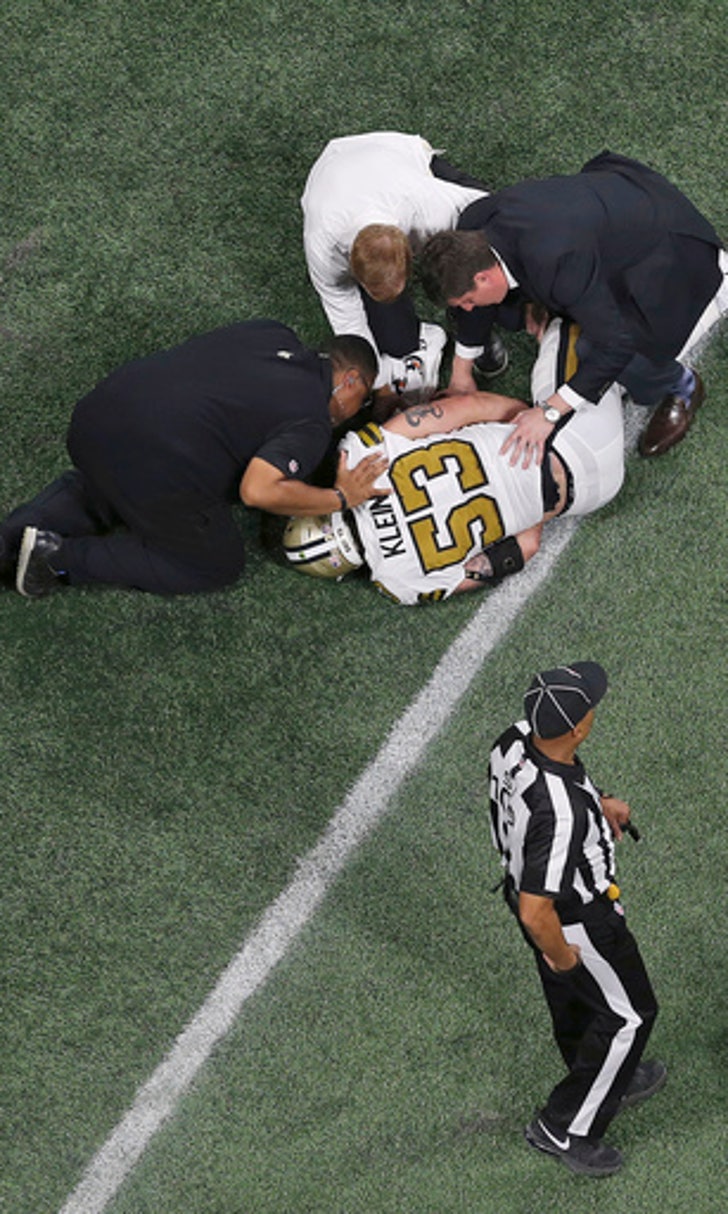 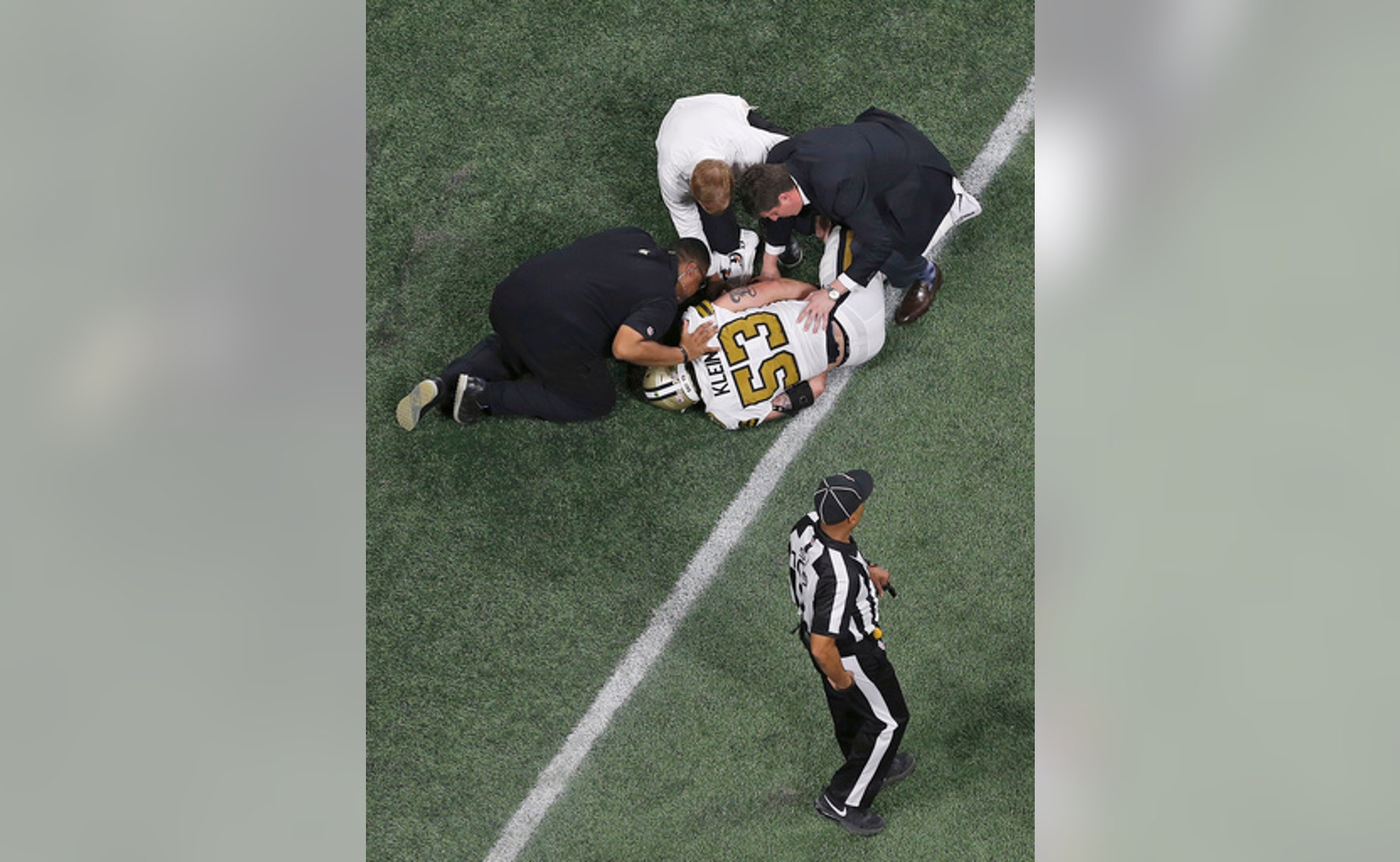 METAIRIE, La. (AP) Two key moves the Saints made in free agency to bolster their defense worked for a while - until injuries took their toll.

Losing defensive end Alex Okafor a month ago already has hurt the pass rush, and now New Orleans must pursue a playoff berth without middle linebacker A.J. Klein, a captain and defensive signal caller who has been unable to avoid surgery on a recent groin injury.

''Obviously, those guys are great players. They'll be missed,'' said starting defensive tackle Sheldon Rankins, who periodically has filled at defensive end since Okafor went down with an Achilles injury during a Week 11 victory against Washington.

''Each guy brought a little something different,'' Rankins continued. ''A.J., obviously, (brought) his leadership, his ability to be a commander out there.''

Klein, who has not played for most of the past two games since being hurt at Atlanta on Dec. 7, has been placed on injured reserve this week, meaning his season is over.

Klein was among the team leaders in tackles before his injury. He made or assisted on 54 tackles, with two sacks, six tackles for losses, three quarterback hits, four passes defended and a forced fumble.

''A large portion of what defense is about is effort and he brought a healthy dose of that to our team,'' defensive tackle Tyeler Davison said of Klein. ''His impact of not being there is felt.

''They brought him here because they recognized that he's good at getting everybody lined up, getting the defense organized,'' Davison added. ''Without him, other guys are going to have to pick up the slack, which I think they're doing well. At the same time A.J.'s a good player. We definitely miss him out there.''

Linebacker Manti Teo, another free agent brought in for depth, is now taking over for Klein.

''It's tough. You lose a friend, more importantly. It's somebody that you've had in the meeting room, a great personality,'' Teo said. ''It's definitely something that's hard. You just miss him being there.''

Still, the timing of Teo's recent move to starter is fortuitous, given that he spent the entire offseason rehabilitating an Achilles tear that occurred in September 2016.

Teo said serving as a reserve for most of this season helped him take over as a starter in relatively good health.

''The more time that I waited (to play regularly), the more time that I took advantage to heal up,'' Teo said. ''It wasn't easy to watch and I always want to be part of a team win. You always want to feel like you've contributed to the victories and it definitely was something that was a little difficult for me, but I took it as an opportunity for me to learn, to heal, just to await my time.

''I've taken advantage of those opportunities and now I have a chance to go out there and show what I can do - and I think I've been doing a good job so far.''

Teo had 10 tackles, including two tackles for losses, after coming in for Klein during the Week 14 loss to Atlanta, which now visits New Orleans this Sunday in a game that will heavily influence the NFC South race. He had seven tackles and a pass defended while starting for Klein in last Sunday's victory over the New York Jets.

''I always stayed ready,'' Teo said. ''So it just means that the roles that I was actually preparing for, I'm going to fill those roles and get the action I've been waiting for.''