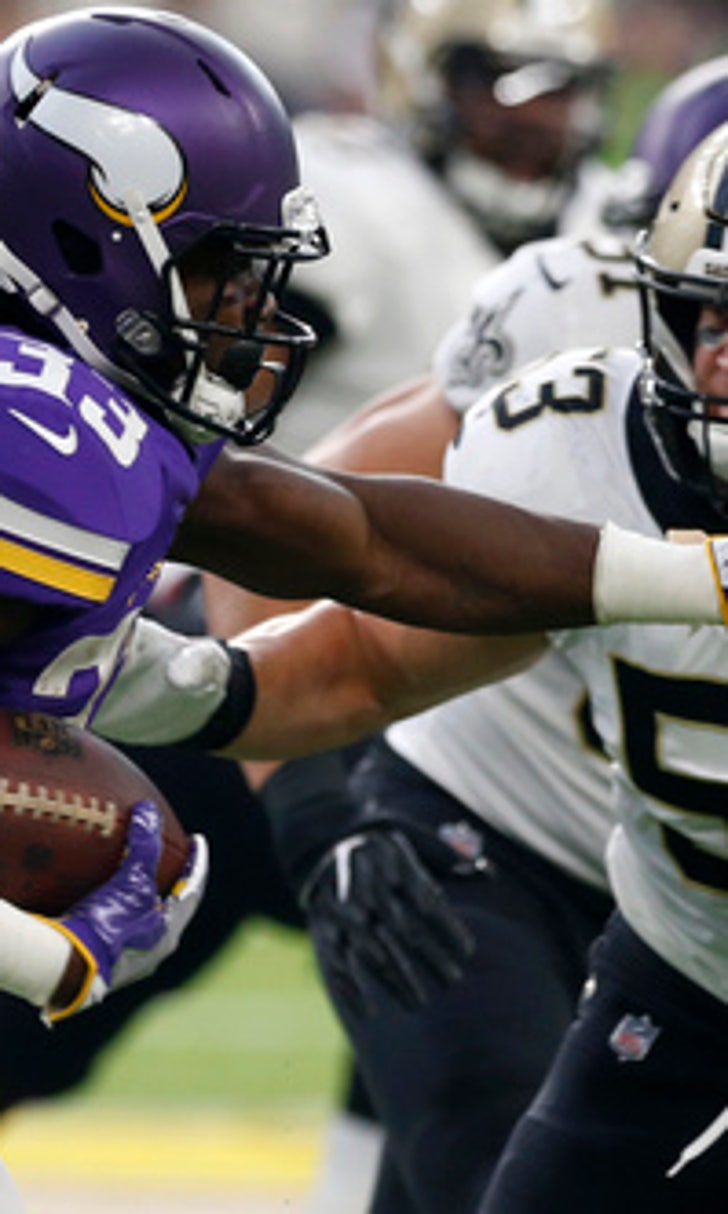 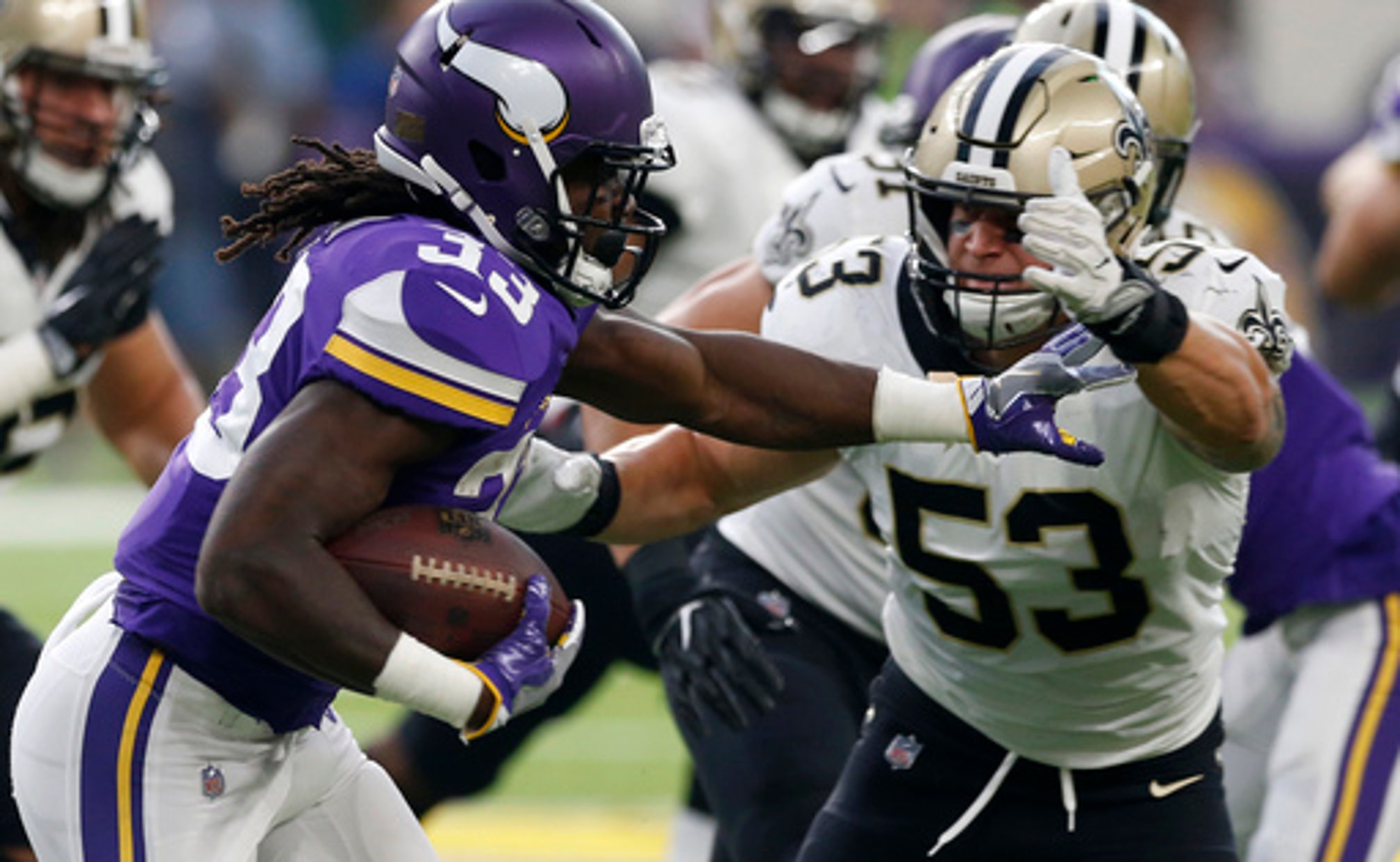 METAIRIE, La. (AP) Saints safety Kenny Vaccaro appreciates why an outside observer might view the latest flop by New Orleans' defense as an extension of a three-year trend - even if he doesn't quite see it that way.

''Every year, it seems like this happens, so what are they supposed to say?'' Vaccaro said before practice Wednesday. ''The only way we can change that is if we put different results on the field. And I believe we'll do it. It was just Week 1. I'm not down. There are a lot of good teams that are 0-1 right now across the league.''

Whatever the case, there's a lot to fix before facing Tom Brady and the Patriots this Sunday in the Superdome.

New Orleans' defensive ranking has been no better than 27th - and as low as 31st - during the past three seasons. The Saints also ranked last in the NFL in pass defense in 2016.

So there was a lot about Minnesota's 29-19 victory over New Orleans Monday night that looked familiar. New Orleans gave up 470 yards, including a slew of big plays. Vikings quarterback Sam Bradford completed all but five of his 32 passes for 346 yards and three touchdowns without a turnover in one of the best performances of his career.

Yet this season's Saints defense has seven new starters, including three rookies, and a defensive coordinator in Dennis Allen who is in only his second full season on the job. Furthermore, New Orleans' current defense allowed only five touchdowns during four preseason games - and only two through the air. During one stretch in the preseason, the Saints' defense held opponents without a touchdown for eight straight quarters.

''We've gotten better as a defense. We showed that in the preseason. I don't know what happened'' in Minnesota, Vaccaro said. ''It was kind of a thing where we were wrong on all levels of the defense. The secondary was missing plays, linebacker, (defensive) line. So it's kind of a thing where, was it a fluke, or are we delusional?

''All the guys are confident. We've shown that through camp. I haven't been this optimistic about a defense in a long time,'' Vaccaro continued. ''I think we'll bounce back.''

Certainly, Saints defenders could improve morale by viewing their latest performance as one bad game in a season largely unrelated to those that came before, considering the new faces in the lineup. Patriots quarterback Tom Brady sounded inclined to agree.

''I know they didn't get off to the start they wanted to in Minnesota, which means they're going to be really ready to go against us,'' Brady said. ''They've got a lot of different looks. They've got some really talented players - some young, up-and-coming players.''

Brady said he sees the Saints defense as ''a whole new group of guys who are playing together for the first time, and I'm sure they'll get a lot better over the course of the season.''

One of New Orleans' more prominent new defensive players is linebacker A.J. Klein, signed away from Carolina in free agency. He receives the defensive calls from Allen and relays them to teammates.

''We have a long season ahead of us and I think there are a little bit of growing pains that go along with Week 1,'' Klein said. ''We have to be better in communicating in our third-down situations. We had some completions for first downs that were just communication errors - things that can be fixed between us and the rest of the back seven. But it was obviously a lackluster performance and I think a lot of it was self-inflicted.''

The rookies in the starting lineup were cornerback Marshon Lattimore, safety Marcus Williams and linebacker Alex Anzelone, who were all drafted in the first three rounds last spring. Another starter, cornerback P.J. Williams, was a 2015 third-rounder who, because of injuries the past two years, was playing in only his third NFL game.

He mostly witnessed from the sideline problems New Orleans had defensively the previous two seasons, and asserts that the unit is much different now.

''This is definitely not going to be a last two-, three-years type of defense,'' P.J. Williams said. ''We're going to be a good defense and I definitely think you're all going to see it within these next few weeks.''

Saints' Jenkins Wants Action, Not Words
Saints safety Malcolm Jenkins opens up to Charlotte Wilder about how he is doing much more than just talking about change.
5 days ago