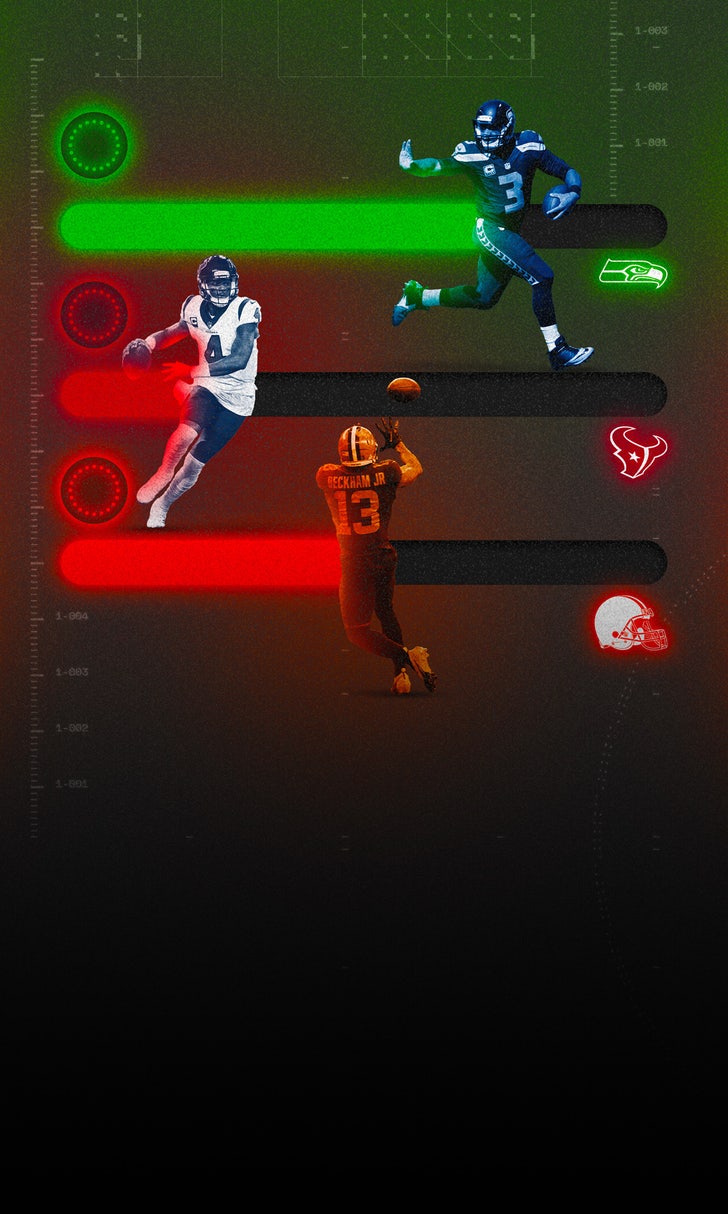 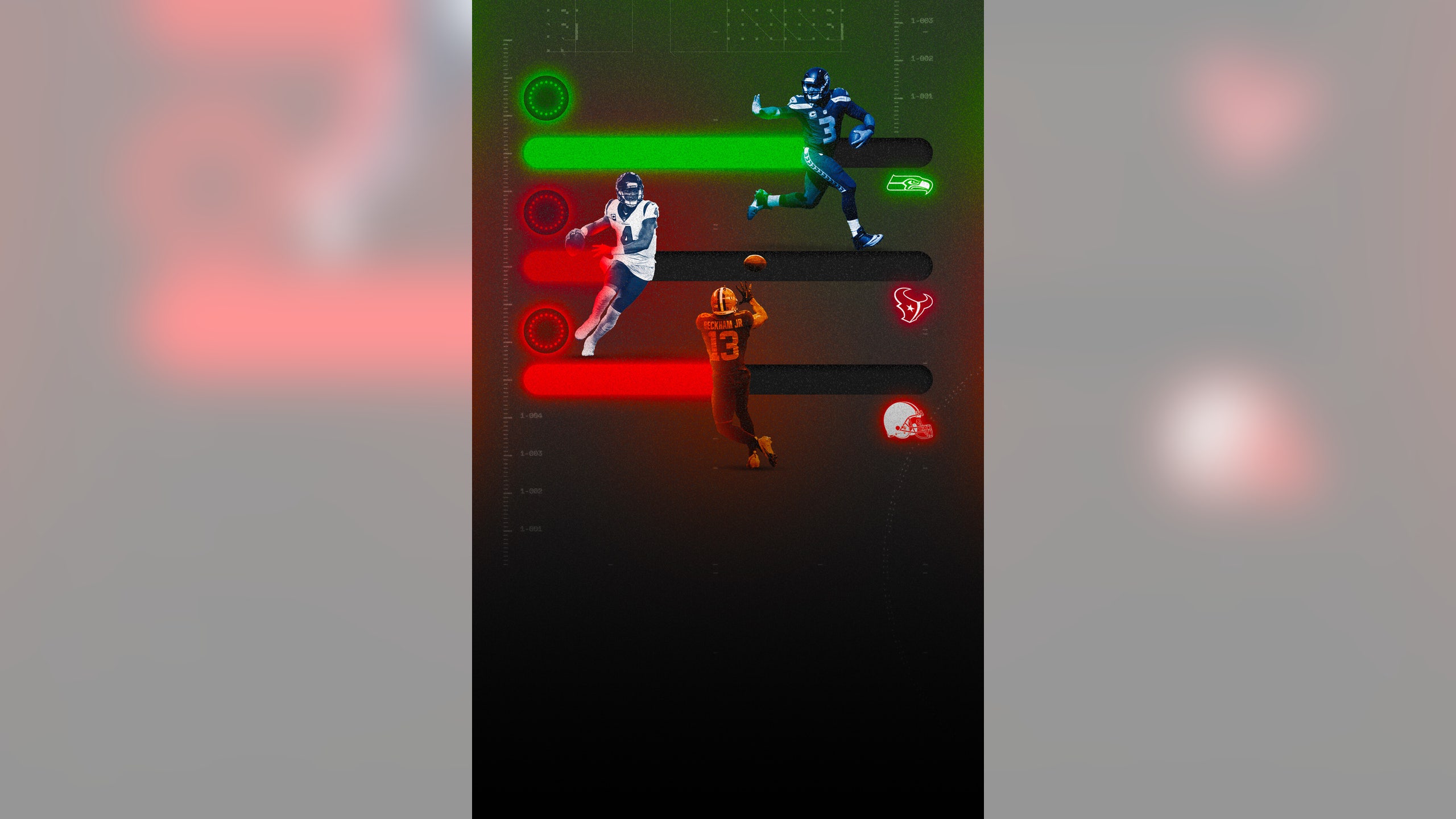 What does the future hold for Russell Wilson, OBJ and Deshaun Watson?

Ahead of March 17, the official start of the 2021 season, the Detroit Lions and Los Angeles Rams have already agreed to swap quarterbacks Matthew Stafford and Jared Goff, along with other trade pieces.

There are rumors involving other massive names, too, including Russell Wilson, Deshaun Watson and Odell Beckham Jr.

On Wednesday's episode of "First Things First," the crew of Nick Wright, Brandon Marshall and Kevin Wildes decided to gaze into their crystal balls and predict the futures of Wilson, Watson and Beckham.

On a scale of 0-to-10, with 10 being most likely to remain with his respective team, here's what the FTF crew foresaw for the three superstars:

1. How confident are you that Wilson will be with the Seattle Seahawks next season? 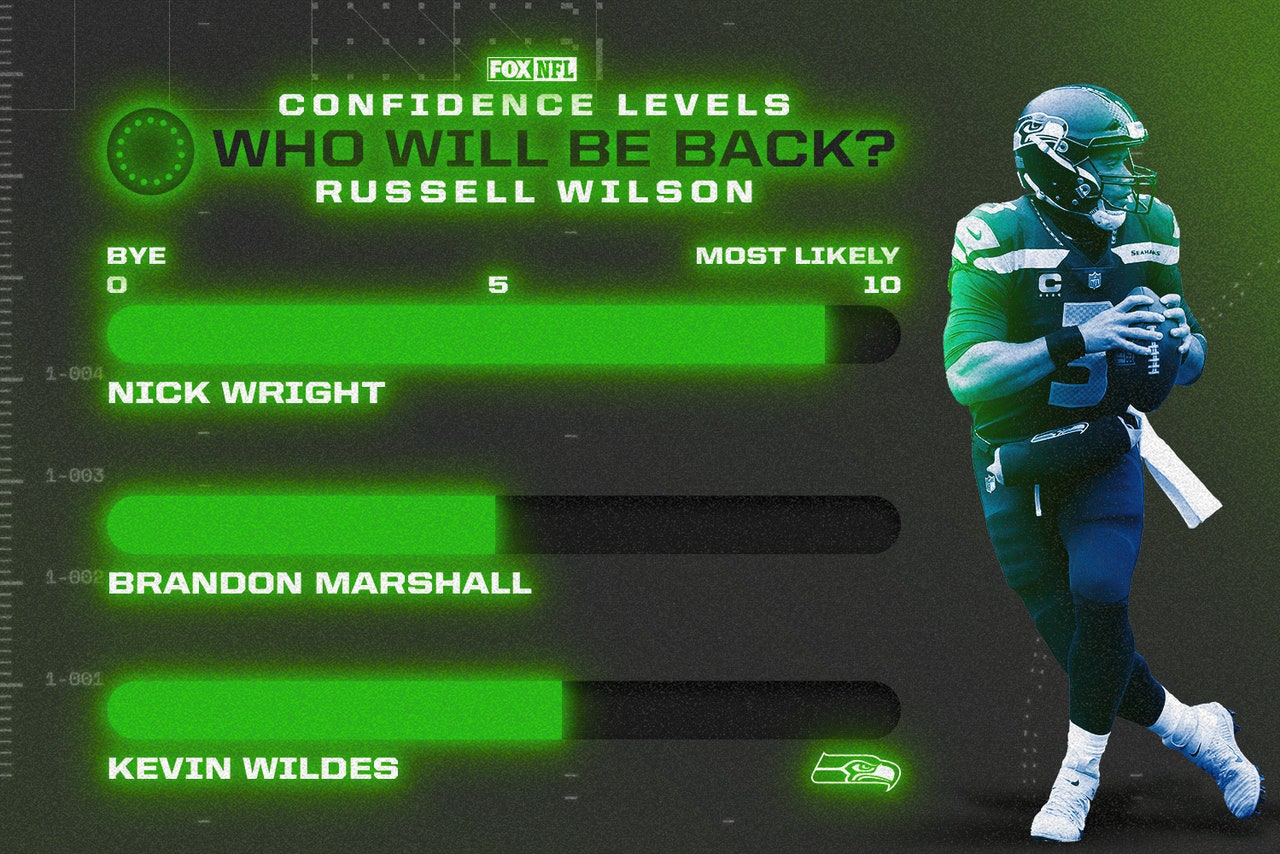 The background: Recently, Wilson's future has been as cloudy as the winter weather in the Pacific Northwest. The Seahawks' quarterback posted a career-best 68.8 completion percentage and a career-high 40 touchdowns in 2020, leading Seattle to a 12-4 record and the NFC West crown.

However, he was sacked 47 times, good for the third-most in the league. The lack of protection has been a constant refrain across Wilson's nine-year career with the Seahawks, and the dissatisfaction apparently is reaching a boiling point.

Wright's thoughts: "It would be categorically insane to let this get worse than it is. ... Give Russ whatever he needs. He wants to make a draft pick? Fine. He wants to pick a free agent? Fine. ... Whatever it takes to keep Russ happy, do it."

2. How confident are you that Watson will be with the Houston Texans next season? 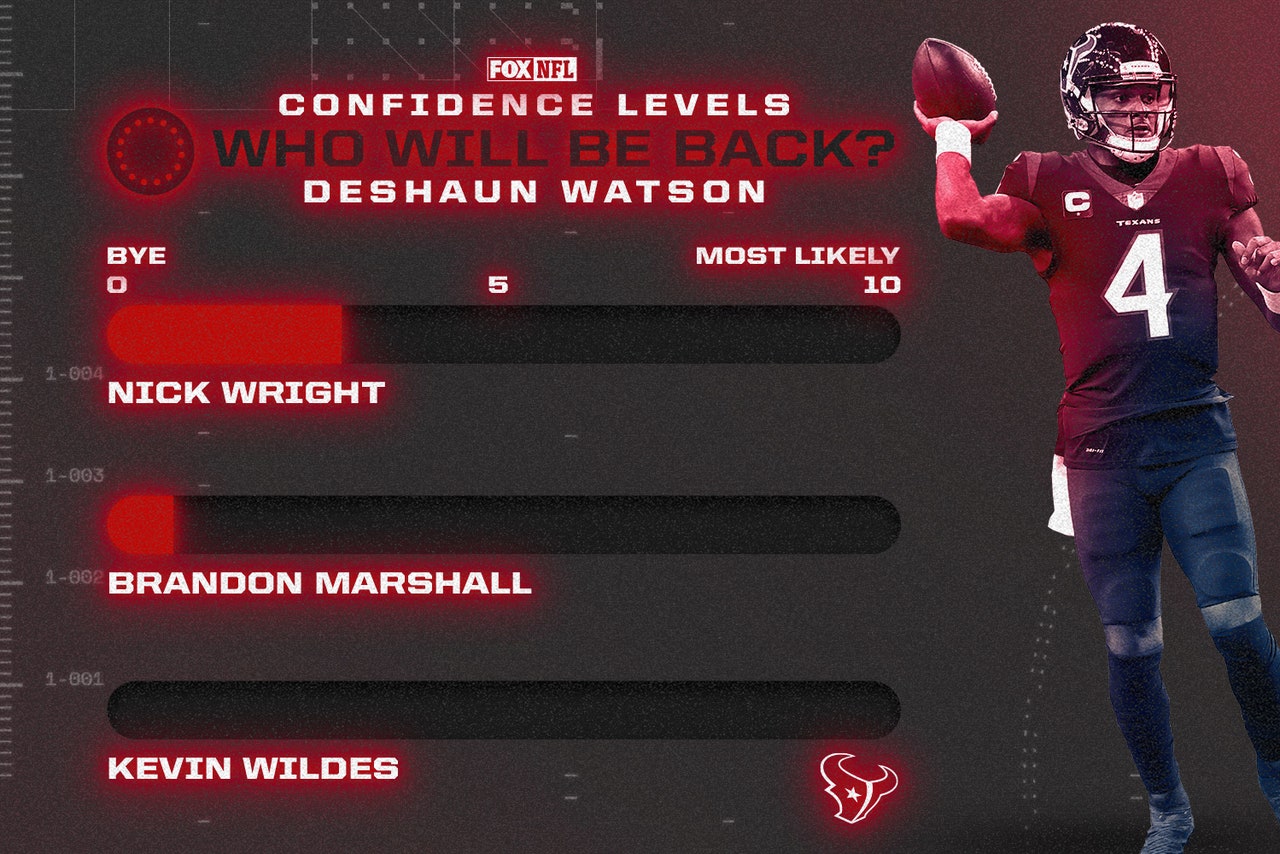 The background: Watson's situation in Houston looks nearly irreparable, and that's backed up by the fact that he formally requested a trade weeks ago. According to multiple reports, Watson's unhappiness stems from broken promises by Houston's ownership.

The Texans cleaned house and got rid of head coach/general manager Bill O'Brien after an 0-4 start to the 2020 season and reportedly told their superstar quarterback he could have a say in filling those vacancies. Apparently, that didn't happen, as the Texans hired Nick Caserio as GM and David Culley as head coach without input from Watson, per reports.

Wildes' thoughts: "I put it at a zero because I think there's a strong chance he sits out if he doesn't move. But the best move is the Tom Brady factor – you've got a great coach, you go to Florida [and the Miami Dolphins]."

3. How confident are you that Beckham will be with the Cleveland Browns next season? 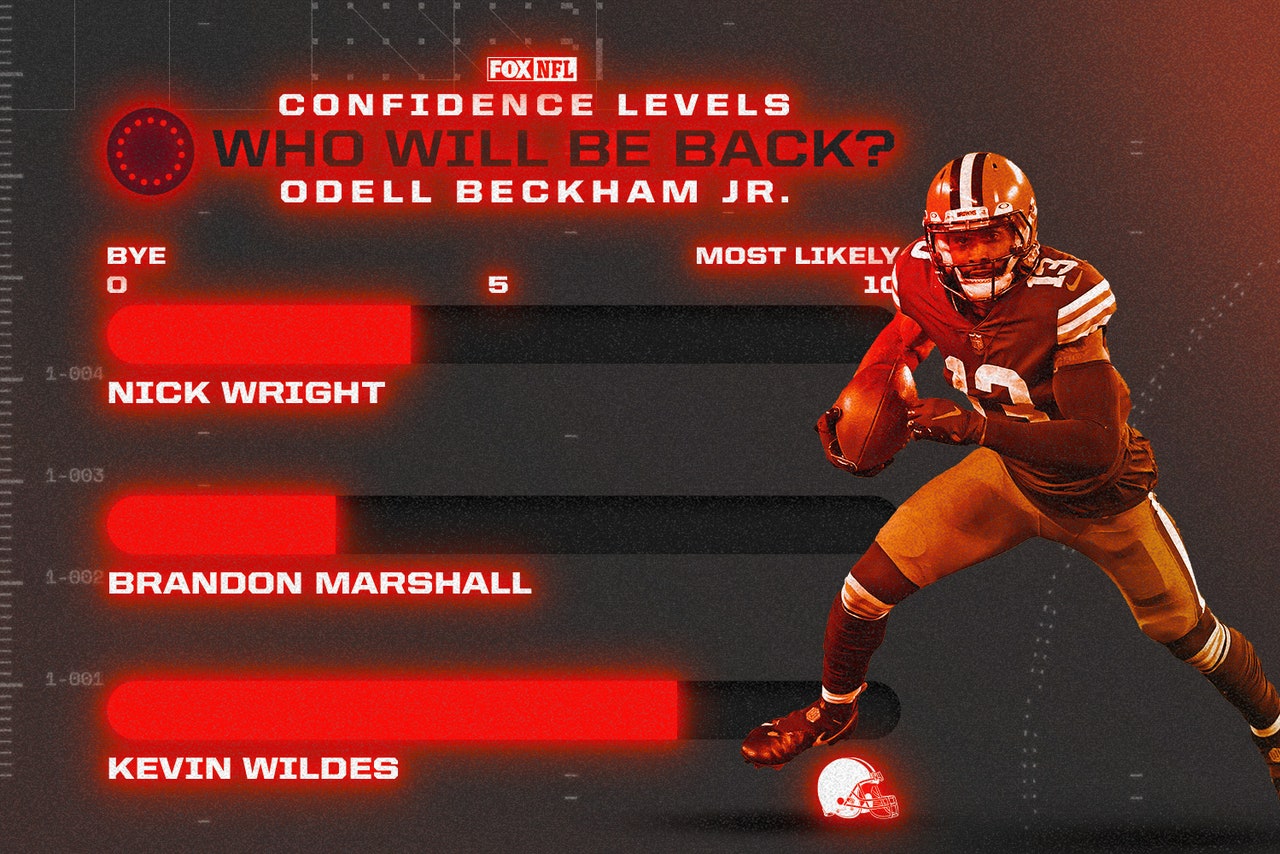 The background: OBJ's story in Cleveland is an interesting one. The Browns brought in a new head coach for 2020 in Kevin Stefanski, and he led the Browns to their first playoff appearance since 2002. But Beckham wasn't around for that late run after he suffered a torn ACL in a Week 7 win against the Cincinnati Bengals.

There are other factors at play here, too, such as the offense getting acclimated to a new coaching staff as the season wore on. This isn't to suggest that the Browns would be better off without Beckham next season, but it's something folks are talking about.

Marshall's thoughts: "All this work that he is putting in right now is not to go back [to Cleveland] to catch 70 balls and get three or four targets a game. ... I think this dude is gonna be out of here soon."

To see the full breakdown from the "First Things First" crew, check out the video below: