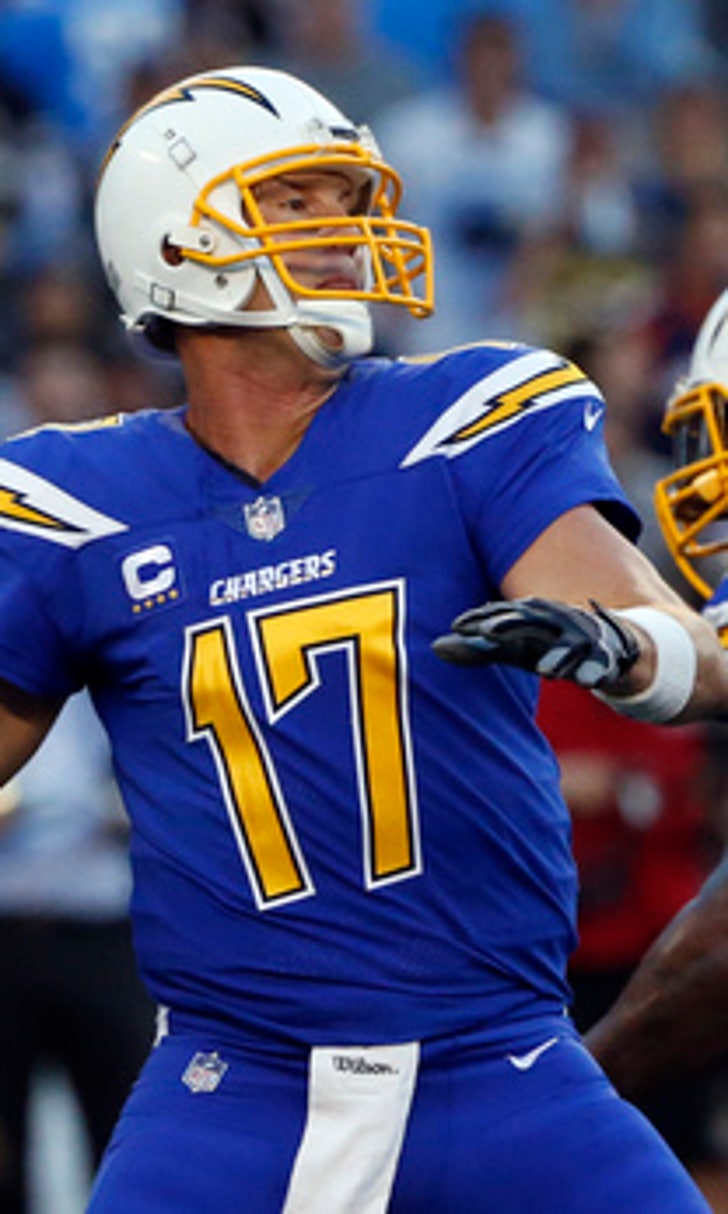 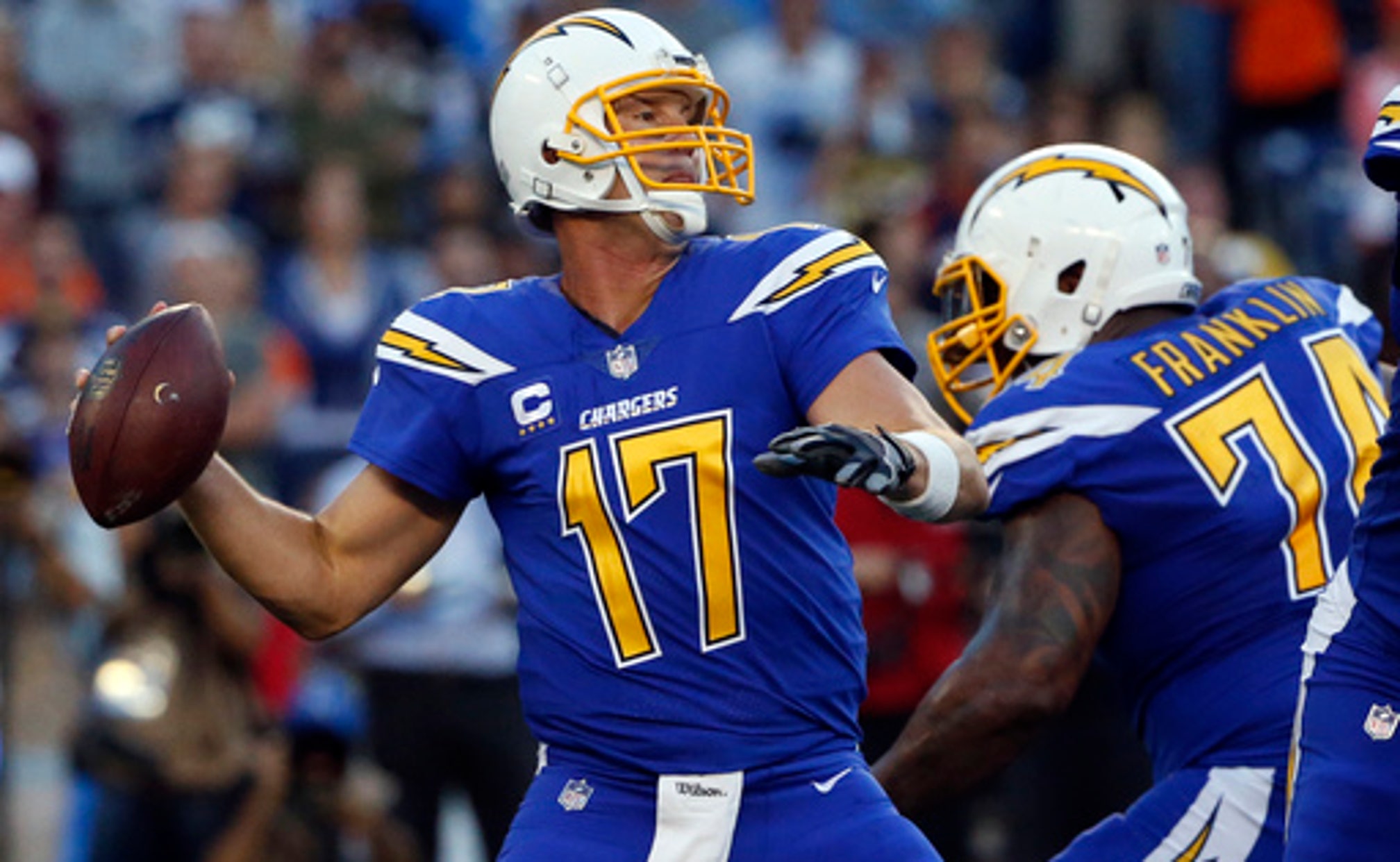 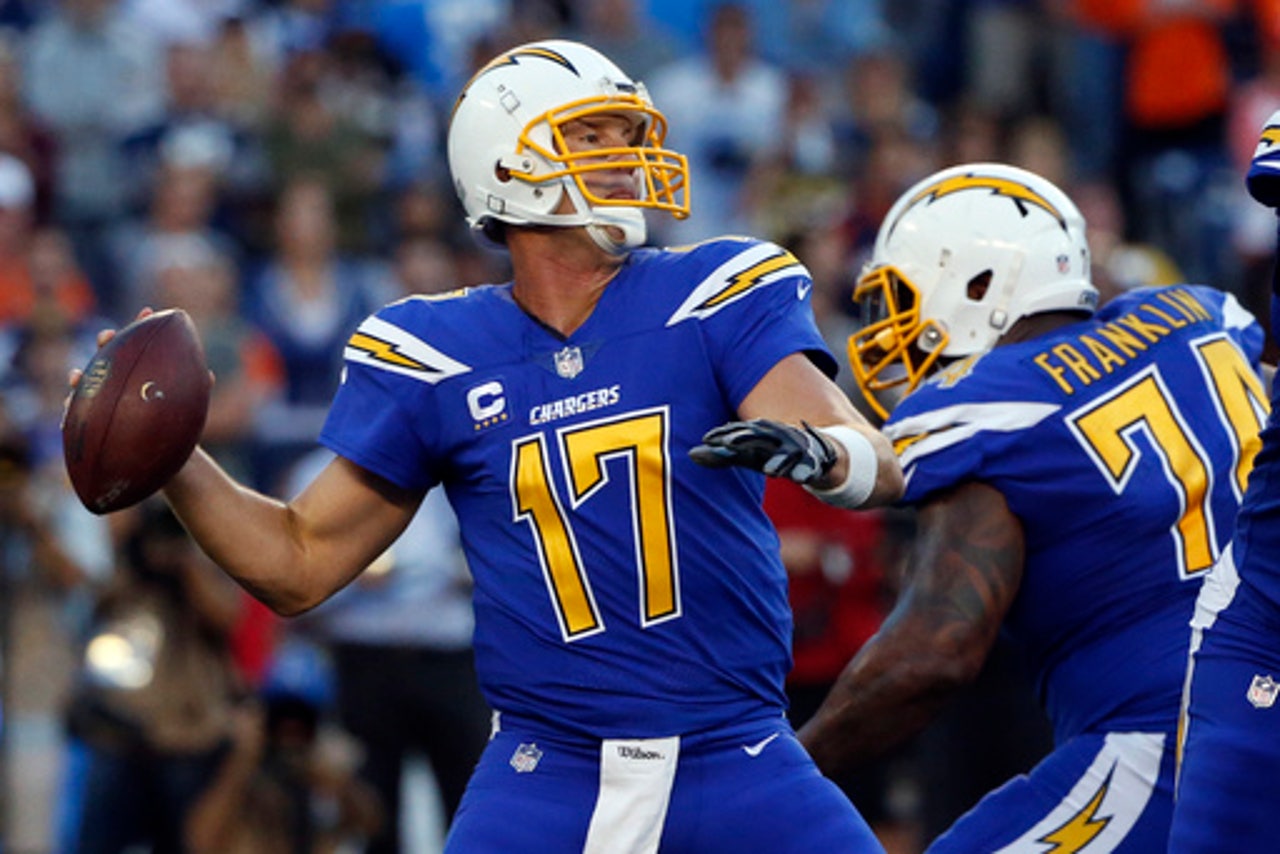 SAN DIEGO (AP) The San Diego Chargers eased a lot of pain with their 21-13 victory over the Denver Broncos.

Philip Rivers threw for 178 yards and one touchdown, passing Hall of Famer Dan Fouts to become San Diego's career passing leader, and the Chargers held off the Broncos.

The victory may have saved embattled coach Mike McCoy's job and it snapped a streak of 10 straight losses in the AFC West dating to 2014.

Most importantly, the Chargers figured out how to finish a game in which they had a late lead.

''There is nothing like winning,'' a misty-eyed McCoy said. ''Especially beating a good football team in front of our home fans. It was great.''

Of course, these being the Chargers (2-4), they still extended nervous time right down to the final gun.

Denver's Brandon McManus kicked a 46-yard field goal with 27 seconds left, and Denver recovered the onside kick at its 46. It got to the San Diego 45 with 8 seconds to go before Trevor Siemian's desperation pass was batted down by Dexter McCoil.

''You can't take winning for granted in this league,'' defensive end Corey Liuget said. ''When I saw it said 0:00 and that guy didn't catch that ball, I was happy. I got on my knee and said, `Thank you, Lord. It's over now.'''

Here are some takeaways from the Chargers' victory against the Broncos:

RIVERBOAT MIKE: McCoy has been under fire for his conservative approach, particularly late in games, and clock-management issues.

He went for it on fourth-and-1 from the Denver 20 early in the second half, with Melvin Gordon going over the top for a 1-yard gain. Rivers misfired on two straight passes and was flushed on third down, forcing the Chargers to settle for Josh Lambo's 37-yard field goal for a 10-0 lead.

The Chargers were coming off a mistake-filled loss at Oakland, and earlier in the season lost three games in which they led at the 2-minute warning. The Chargers are trying to convince voters to approve a $1.1 billion public handout for a new downtown stadium in the form of an increase in the hotel occupancy tax.

The victory ''meant a ton for Mike,'' Rivers said. ''It wasn't talked about a lot on the team but veteran players ... I felt it. Not that I expected it if it didn't go well. I had no idea but you also you are not playing dumb. We knew we had to get this thing going in a hurry.''

FINALLY FINISHING: What changed from those brutal losses, when the Chargers blew late leads? ''It was a mindset for us to go out there and finish, and everyone knew we were going to finish this game,'' Liuget said.

They need to keep it up. Their next two games are at Atlanta and at Denver. San Diego has lost 10 of its last 11 road games.

BRONCOS' BOSS: The defending Super Bowl champion Broncos were coached by special teams coordinator Joe DeCamillis after head coach Gary Kubiak was ordered by doctors to sit this one out because of a migraine condition that mimics strokes.

''I'm sick to my stomach because I hate to lose,'' DeCamillis said. ''We've got a lot of grit and determination. We'll bounce back.''

''This was one was definitely special,'' Rivers said about passing Fouts. ''Making it even more special was wearing the uniforms we had. That color blue was what they wore back in that era when Dan was playing.''

Otherwise, the Chargers had to settle for Lambo's career-high four field goals of 37, 21, 31 and 32 yards, plus a safety.

LATE-FIRING: The five-time defending AFC West champion Broncos (4-2) were mostly sluggish behind Siemian, who was back at quarterback after rookie Paxton Lynch struggled in a loss to Atlanta. They lost their second straight game and had their NFL-record 15 straight divisional road victories snapped.

''We didn't make the most of our opportunities, especially early in the game, but we showed a lot of resilience at the end. It was too little, too late,'' said Siemian, who was 30 of 50 for 230 yards, with a 5-yard scoring pass to Bennie Fowler midway through the fourth quarter.

A Rivalry Still Waiting To Happen
The hype for Mahomes vs. Jackson was real. But after another Chiefs win, this is far from a rivalry, Martin Rogers writes.
4 hours ago

Scenes From An NFL Game In 2020
What is it like to attend an NFL game with no fans? FOX Sports gives you an exclusive look at Chiefs vs. Ravens.
4 hours ago

All In On Josh Allen?
The usual suspects are leading the way in the MVP race, but there's a dark horse lurking in Buffalo.
5 hours ago