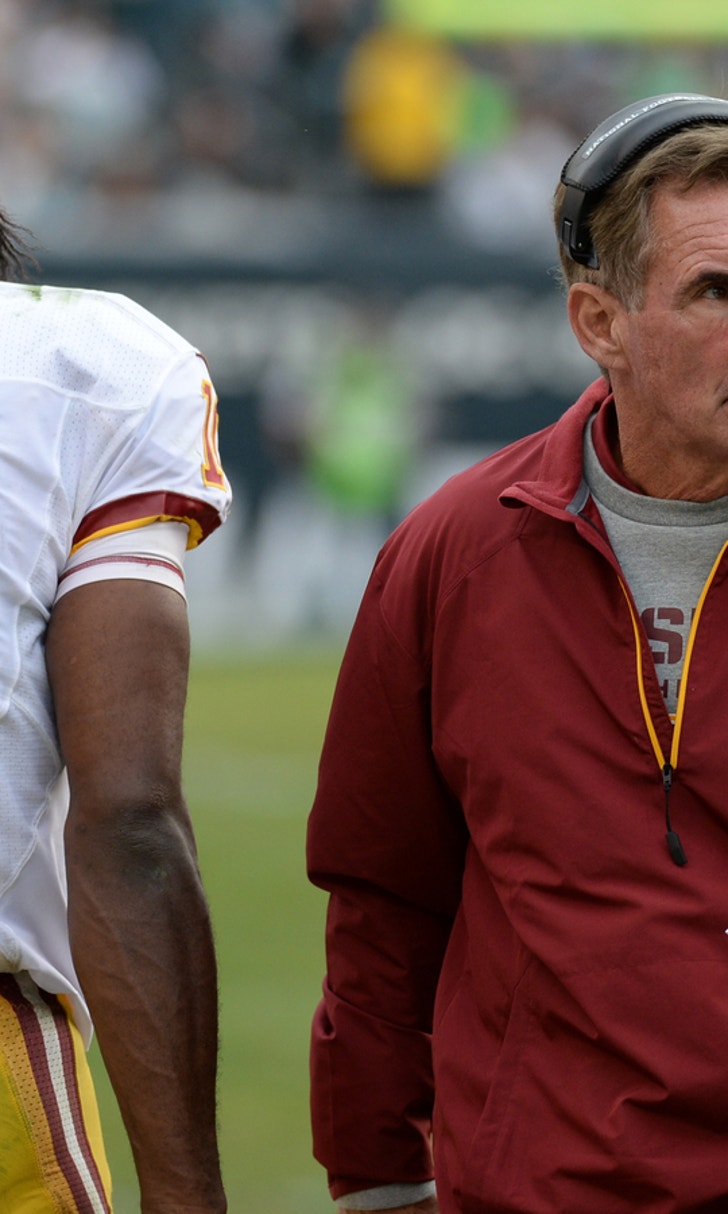 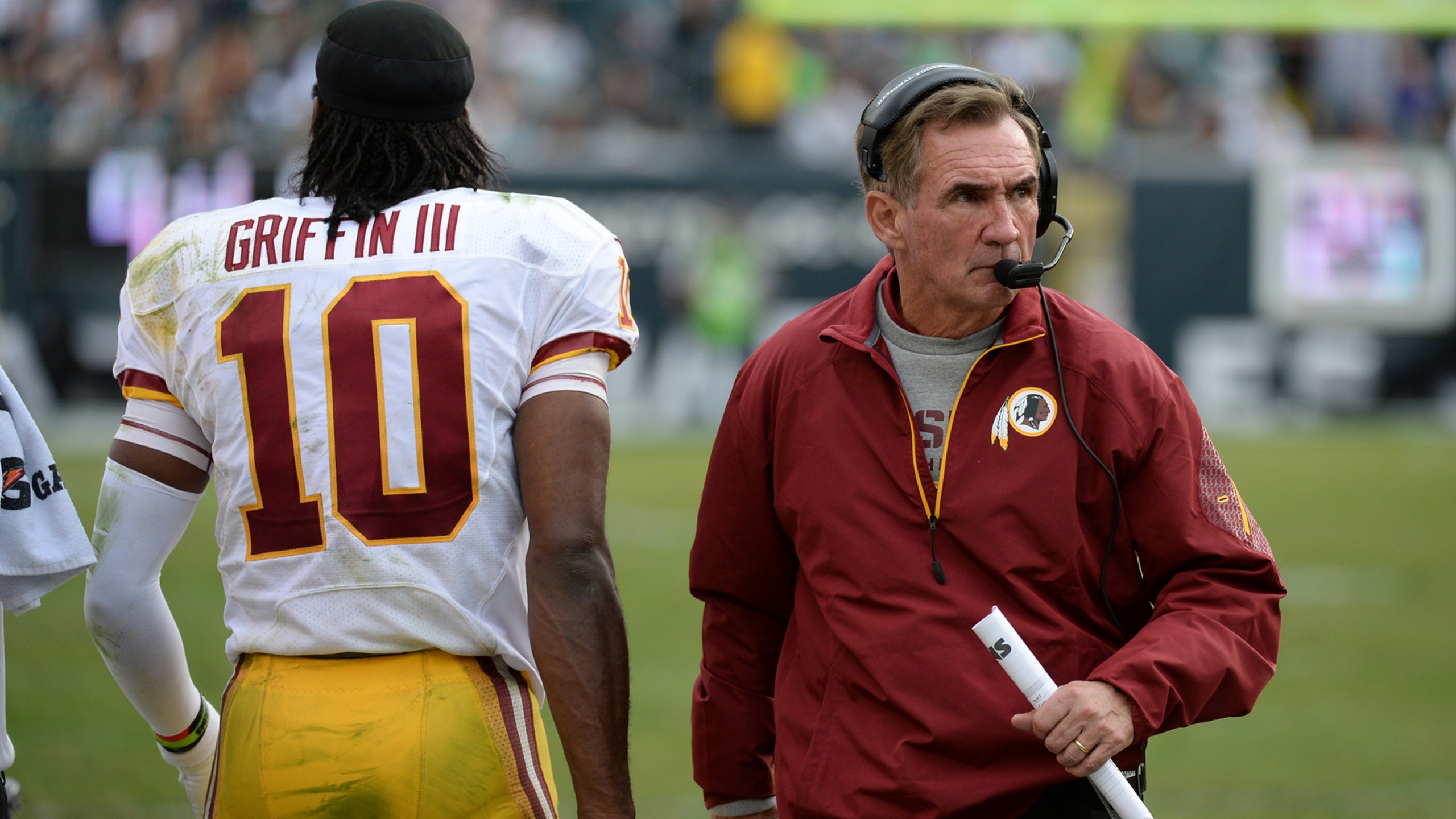 Report: RG3 once demanded Mike Shanahan change the playbook for him 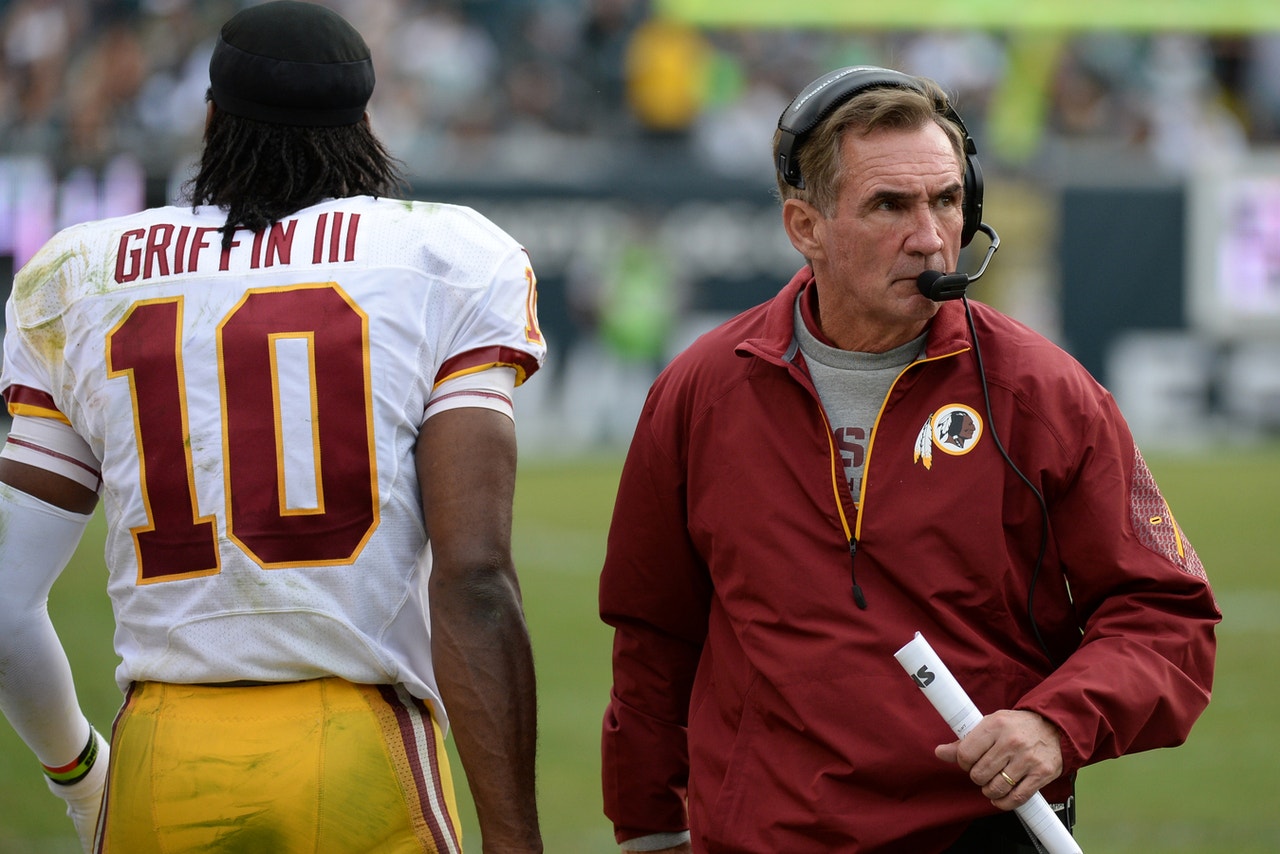 Former Redskins quarterback Robert Griffin III is looking to revive his once-lauded NFL career and has been given a chance to do so with the Cleveland Browns. But for things to work for RG3 this time around, he'll have to learn from past mistakes.

A feature written Wednesday by Jason Reid of theundefeated.com takes a look at the rise and fall of RG3 and his attempt at returning to relevancy in the NFL. One particularly juicy excerpt claims that coming off his 2012 Offensive Rookie of the Year season Griffin held a meeting with Redskins coaches demanding they change the playbook to cater more to his style of play:

Reid went on to say that Griffin demanded that then-coach Mike Shanahan scrap the protection scheme and start over:

Shanahan's take on the meeting was the most revealing. The former coach told Reid he thought the entire presentation was conjured up by Redskins owner Dan Snyder, with whom Griffin once had a very close relationship.

No wonder Griffin needed a fresh start, even after Shanahan was replaced by current coach Jay Gruden, who eventually benched Griffin, replaced him with Kirk Cousins and released him. It's a safe bet Griffin will try a different approach in Cleveland.