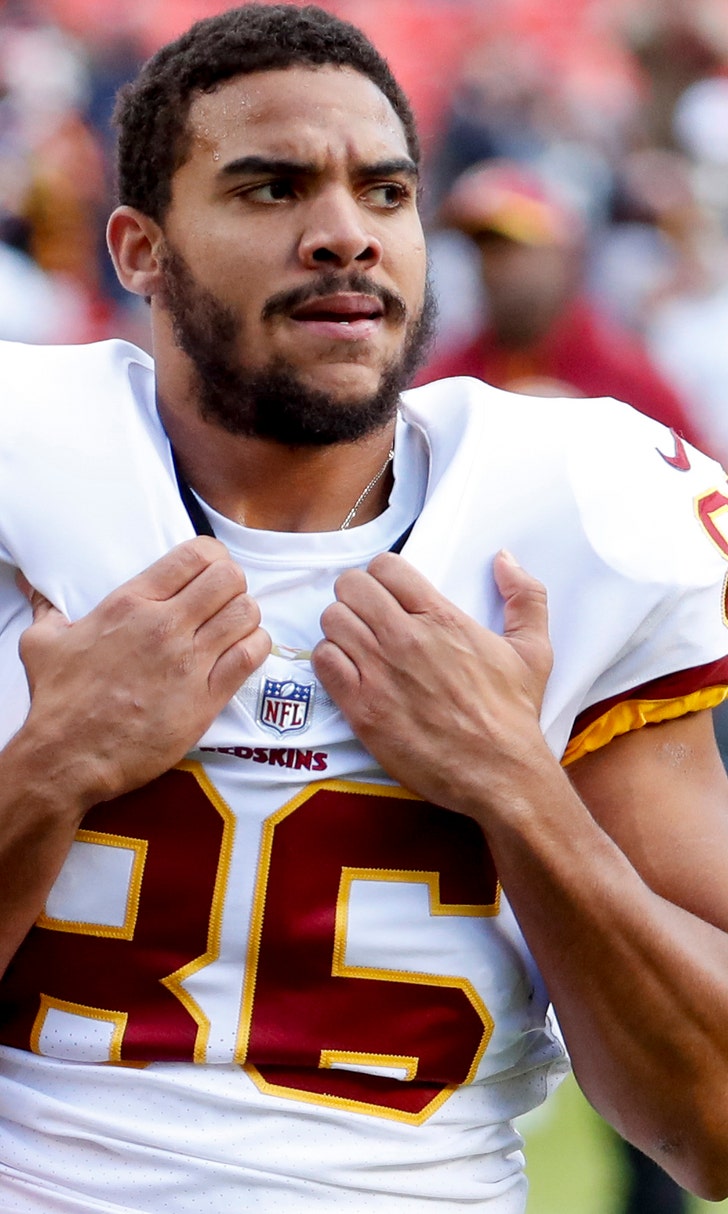 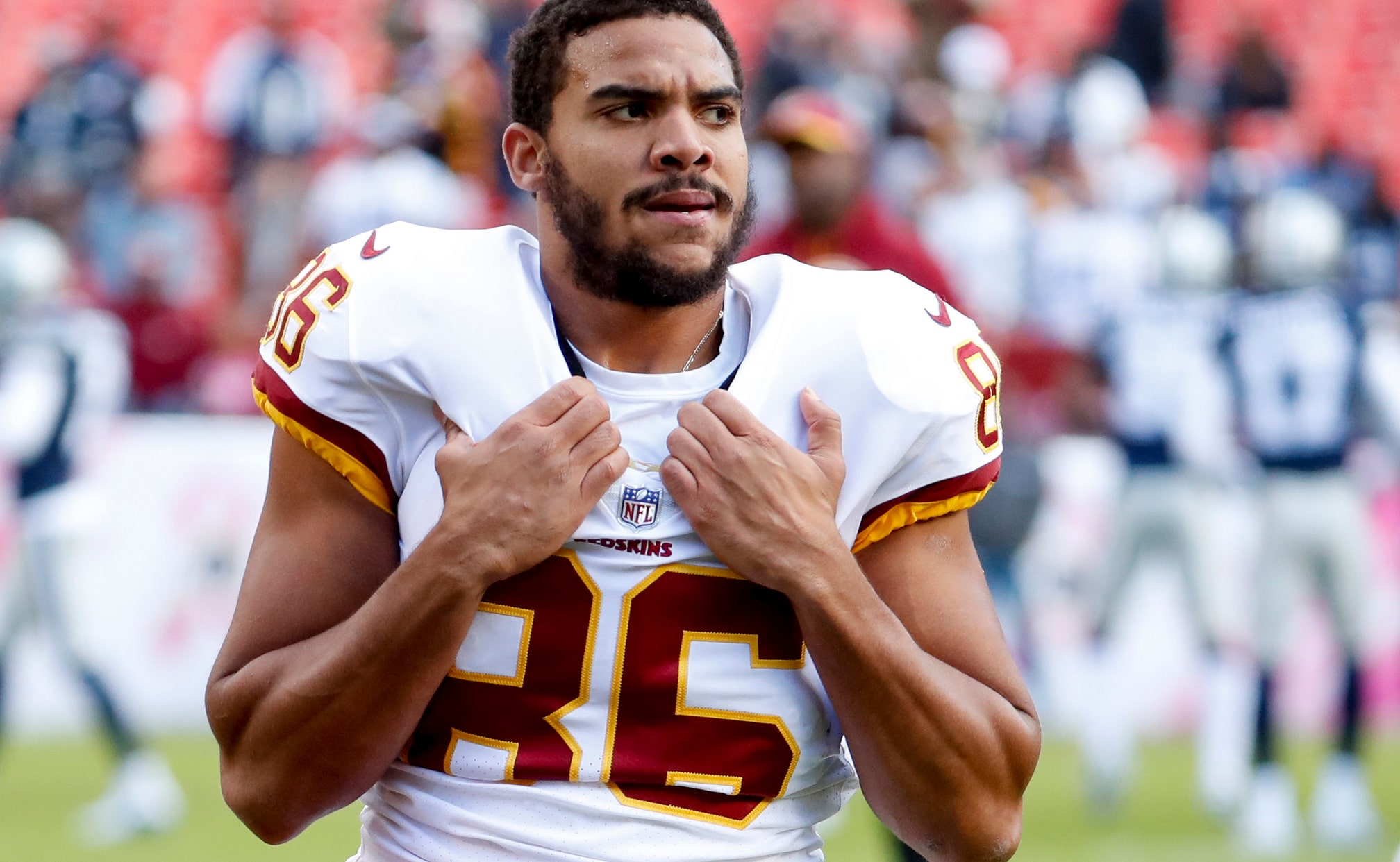 ASHBURN, Va. (AP) — Jordan Reed was finally healthy and looked in training camp like his 2015 Pro Bowl self.

With foot problems behind him, the Washington Redskins tight end felt like a whole new person.

"I feel a lot different," Reed said. "I've put in a lot of hard work to play well this year and be at my best."

Reed only now looks ready to play after his fifth documented concussion in seven NFL seasons and seventh dating to his time at Florida. He's still limited in practice, but the 29-year-old is on pace to make his season debut Sunday against the Dallas Cowboys.

"He did a lot of team (drills) today, which is good," Gruden said Wednesday. "He's just got to continue to get more reps, and then we'll continue to monitor how he's feeling afterward."

Reed declined to talk after practice Wednesday other than to nod at reporters to tell them he was doing well. If he gets on the field Sunday, he'll have a chance to live up to his training camp mantra of "actions speak louder than words" to show he can stay healthy.

There's no faulting Reed for this injury, and bad luck played a role in previous shoulder, hip, ankle and foot problems. They all seemed to be behind him based on stellar practices in offseason workouts and training camp and provided a tantalizing glimpse of what Reed could do at 100 percent.

"He's a special player," starting quarterback Case Keenum said. "I haven't played with many players like him. I've never played with a player that can do what he does. I'm excited to get him back out there."

The Redskins could use Reed right about now with other injuries piling up. Defensive lineman Jonathan Allen is week to week with a knee injury, running back Derrius Guice injured his right knee 13 months after tearing the ACL on the other knee and safety Montae Nicholson missed practice with a strained foot.

That doesn't even count the continued absence of holdout left tackle Trent Williams. Washington is desperate to avoid an 0-2 start — both in the NFC East — but Gruden insists every precaution will be taken with Reed until he's ready.

"We would never put Jordan at risk any time, any place, if we thought there was going to be a future problem," Gruden said. "But once he gets cleared and he feels good enough to go, he'll go."