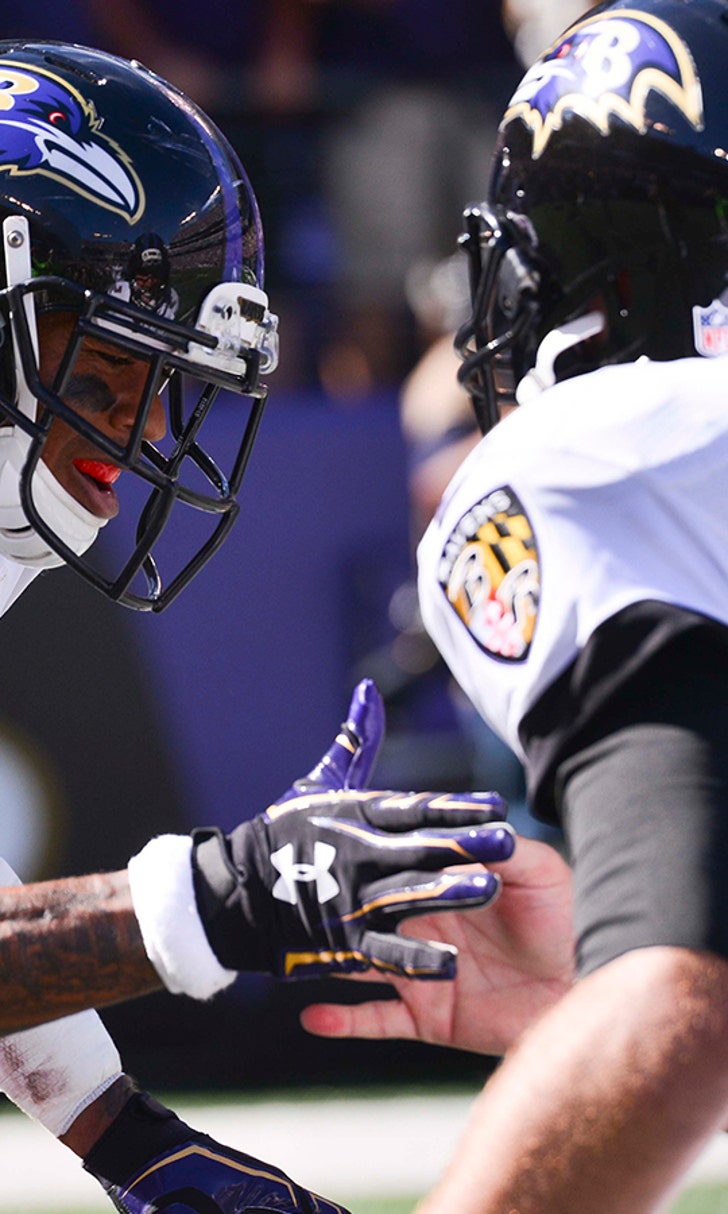 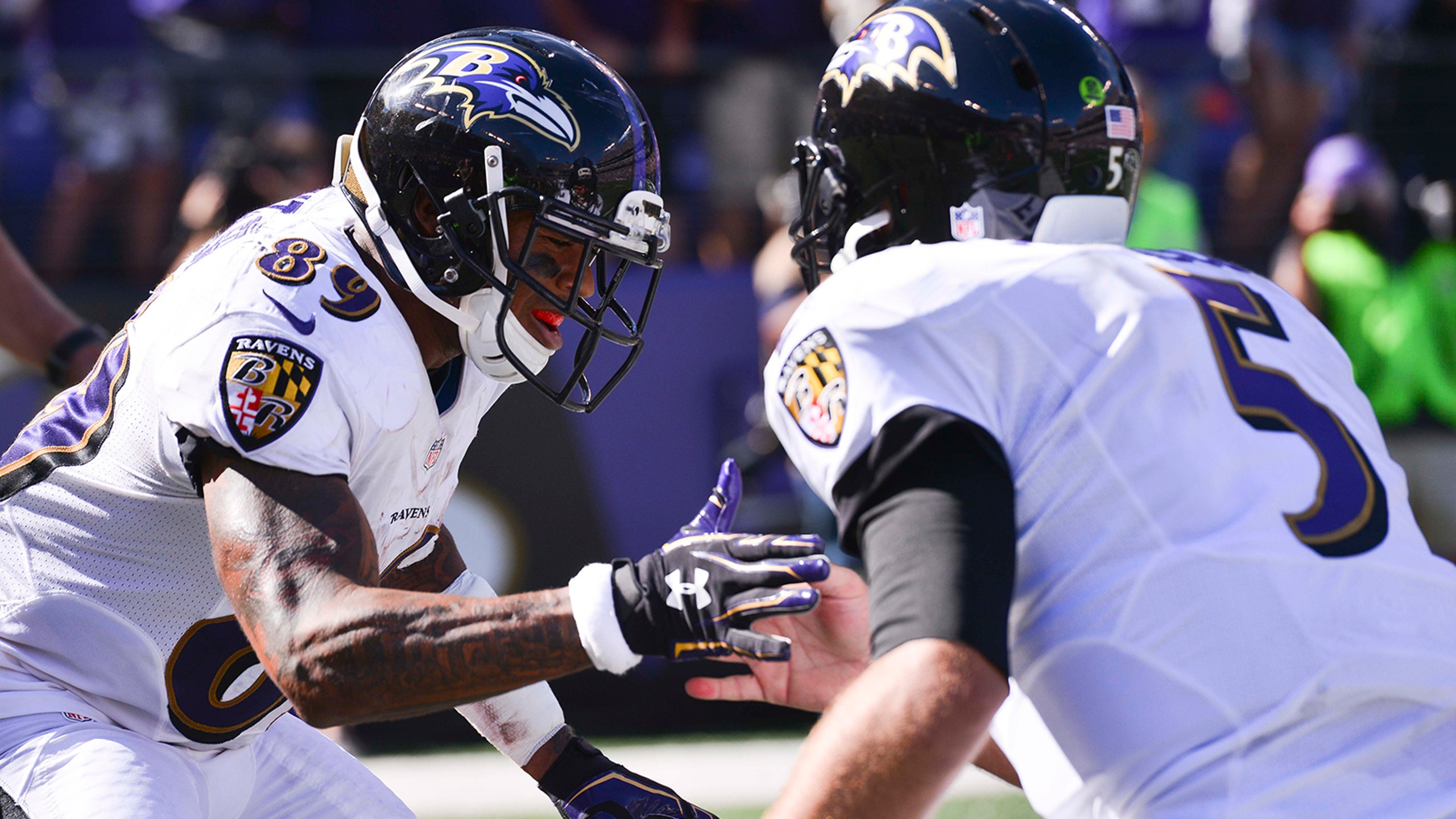 Ravens will look to throw more deep balls against Oakland

Trestman, who spent three years with the Oakland Raiders and two years with the San Francisco 49ers, has been busy devising ways for Ravens quarterback Joe Flacco to connect deep with his receivers.

The Ravens will be looking to open up the passing game Sunday when they meet the Raiders, one of the more porous NFL defenses last year.

Joe Flacco suffered through his lowest-rated game in four years. He was under constant pressure and not able to throw downfield; his longest throw was a 22-yard completion to Marlon Brown and that was the only time Flacco looked deep.

Trestman and Flacco both agreed throwing deeper balls will help open things whether they are completions or not.

It's not just Flacco, held to 117 yards passing and no touchdowns, stepping up. It will take better protection and better reads.

''We have to make sure we protect and I have to find the soft spot in the pocket and put the ball where it needs to be,'' Flacco said. ''It's about exploiting weaknesses in the defense and hitting things at the right time. We have guys who can run cross routes 30 yards downfield.''

The offensive line was hindered early by the loss of tackle Eugene Monroe to a concussion. Second-year tackle James Hurst, who started a handful of games last year, took over.

The Ravens added tackle Tony Hills, who has played for eight teams in parts of seven seasons, to the roster Wednesday after releasing quarterback Bryn Renner.

Trestman delivered much the same message as Flacco on Thursday following practice at San Jose State.

''We have to throw the ball deep more than we did last week,'' said Trestman, who helped develop Rich Gannon into an All-Pro quarterback and league MVP at Minnesota and Oakland. ''None of us had our best day and we're going back to work and continuing to prepare. Part of that is taking our shots downfield.''

The Raiders ranked in the middle of the pack in passing defense last year and allowed Cincinnati's Andy Dalton to throw for 269 yards and a pair of scores in their 33-13 loss to the Bengals.

NOTES: Ravens receiver Steve Smith, at 36 the oldest player on the team, also doubles as the team's punt returner. ''We want to have our best football team, our best players and right now he's our best option,'' special teams coach Jerry Rosburg said. ''His judgment shows, his experience shows, and his competitiveness shows. He's a competitor, he likes the ball in his hands. He's the best guy we have.'' ... WR Breshard Perriman (knee) and Monroe (concussion) did not practice. ... RBs Lorenzo Taliaferro (knee) and Justin Forsett (shoulder), DT Timmy Jernigan (knee) , and CB Rashaan Melvin (thigh) all participated in practice. ... Defensive coordinator Dean Pees was happy to see LB Jason Babin show up at Ravens camp in shape. ''He didn't come in and say `Here's what I do,' '' Pees said. ''He came in and is spending extra time learning our defense.''