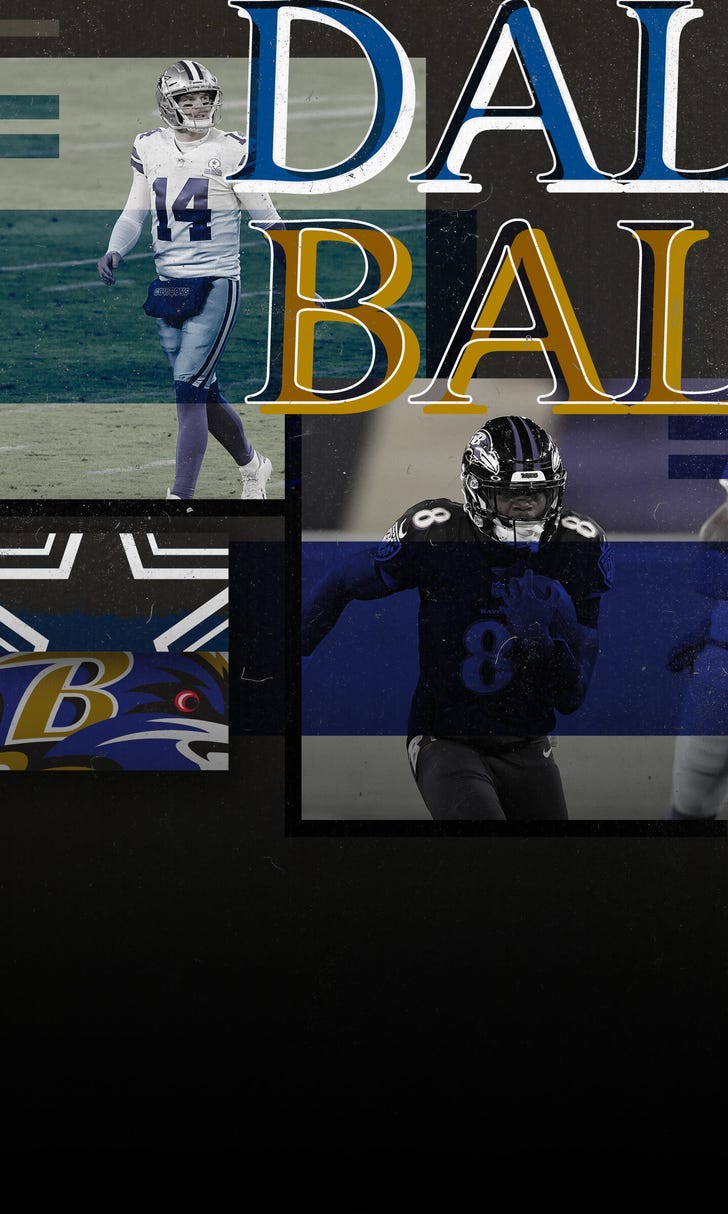 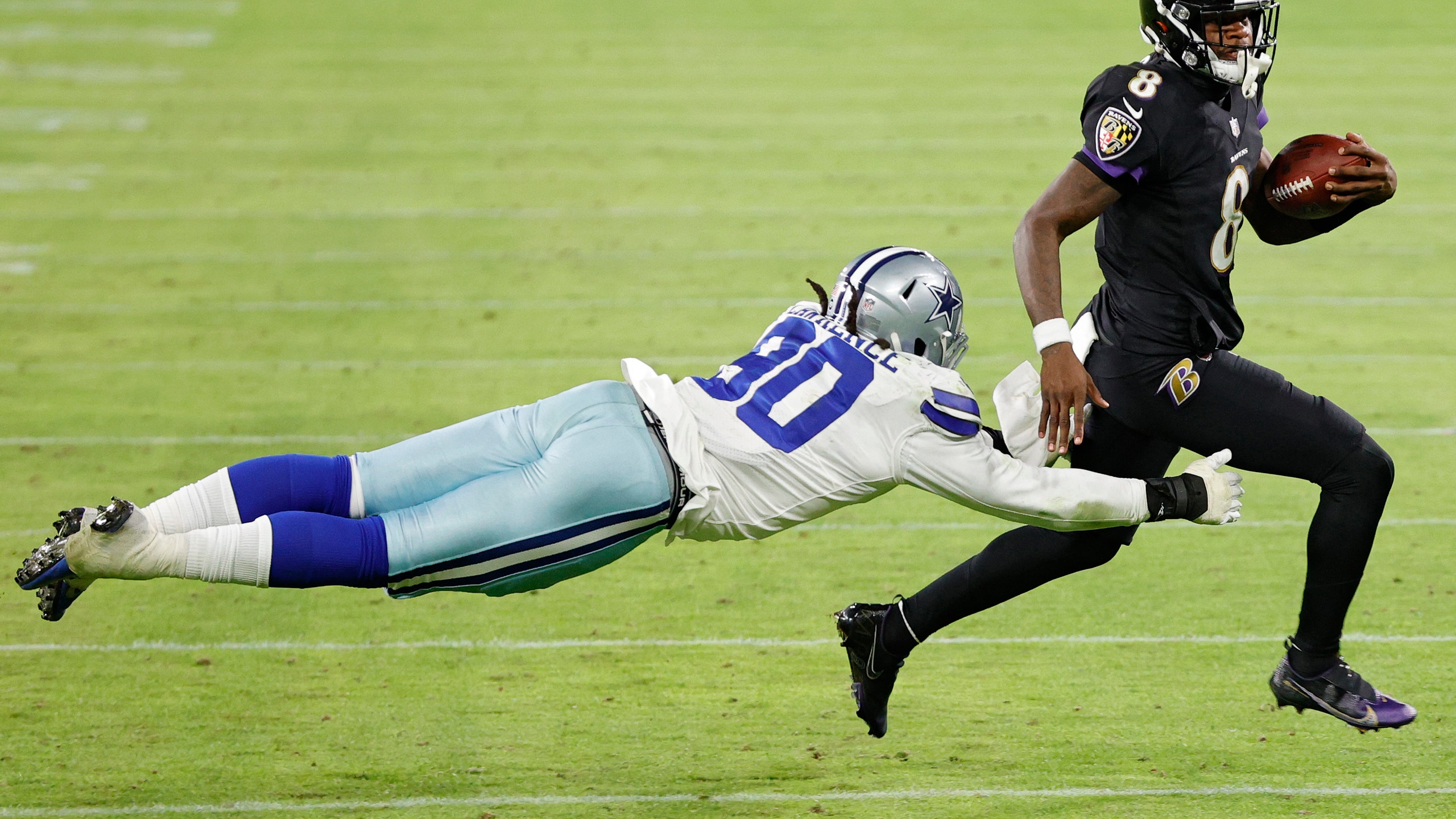 After what has been a turbulent few weeks for the Baltimore Ravens, they finally have something to feel good about.

Here are the key takeaways from Baltimore's Tuesday night win over the Dallas Cowboys.

1. Ravens have their way on the ground

The Ravens entered Tueaday night with the second-ranked rushing offense in the NFL, averaging 157.6 rushing yards per game this season.

They nearly doubled that figure against the Cowboys.

The Ravens rushed for 294 yards as a team, led by Gus Edwards' 101-yard performance.

For the Cowboys, it marked another low-point in what has been an otherwise disastrous season in Dallas, particularly for their rushing defense.

The Cowboys' defense has been a weaknesss since Week 1, and Dallas is last in the NFL against the run, entering Tuesday allowing 156.4 yards per game.

It might not have been a dominant statistical performance for the reigning league MVP, but Lamar Jackson dominated the game on Tuesday.

Jackson ran for 94 yards and a touchdown, while also tossing two touchdown passes, reminding people why he was the 2019 NFL MVP.

In doing such, he etched his name into the NFL record books once again.

The Ravens have hopes of making a third consecutive trip to the playoffs with Jackson as their quarterback, and performances like tonight will go a long way towards making that a reality, especially considering that Jackson has struggled at times this season.

Over the last four weeks, he had thrown five touchdowns and four interceptions, after throwing 10 TDs and just two picks through his first six starts this season, carrying Baltimore to a 5-1 record in those games.

Even though there was a game played tonight, the biggest story might be what happened off the field for the Ravens.

It was announced that Ravens wide receiver Dez Bryant tested positive for COVID-19 prior to kickoff, causing him to be held out of the matchup with his former team.

The game indeed continued on, even with the possibility of Bryant having come in close contact with other teammates.

Tuesday's off-field drama comes after the Ravens had their Thanksgiving day matchup with the Pittsburgh Steelers postponed due to a COVID-19 outbreak within the Baltimore franchise, which also played a factor in why the Ravens and Cowboys took the field on Tuesday instead of over the weekend.

We'll see soon if there are any lasting effects from Bryant's positive test in the coming weeks.

Pressure Point
With the NFC's Super Bowl berth at stake, two top QBs are feeling the heat, but who is under the most pressure?
4 hours ago

Terri gets her Truck
Terri from Maryland scored Terry's brand-new truck last week, and you can be the big winner this week by downloading Super 6!
4 hours ago

Confidence Picks For Championship Weekend
Both the AFC and NFC title games are rematches, so Geoff Schwartz examines what we can learn from those first meetings.
5 hours ago

Aged Beef
Aaron Rodgers and Ndamukong Suh are set to rekindle a rivalry that dates back a decade. How might it impact Sunday's matchup?
15 hours ago

Just How Valuable is Patrick Mahomes?
With the Chiefs star's status still in question, Sammy P asked the experts how much each remaining QB matters to the spread.
23 hours ago
those were the latest stories
Want to see more?
View All Stories
Fox Sports™ and © 2021 Fox Media LLC and Fox Sports Interactive Media, LLC. All rights reserved. Use of this website (including any and all parts and components) constitutes your acceptance of these Terms of Use and Updated Privacy Policy. Advertising Choices. Do Not Sell my Personal Info