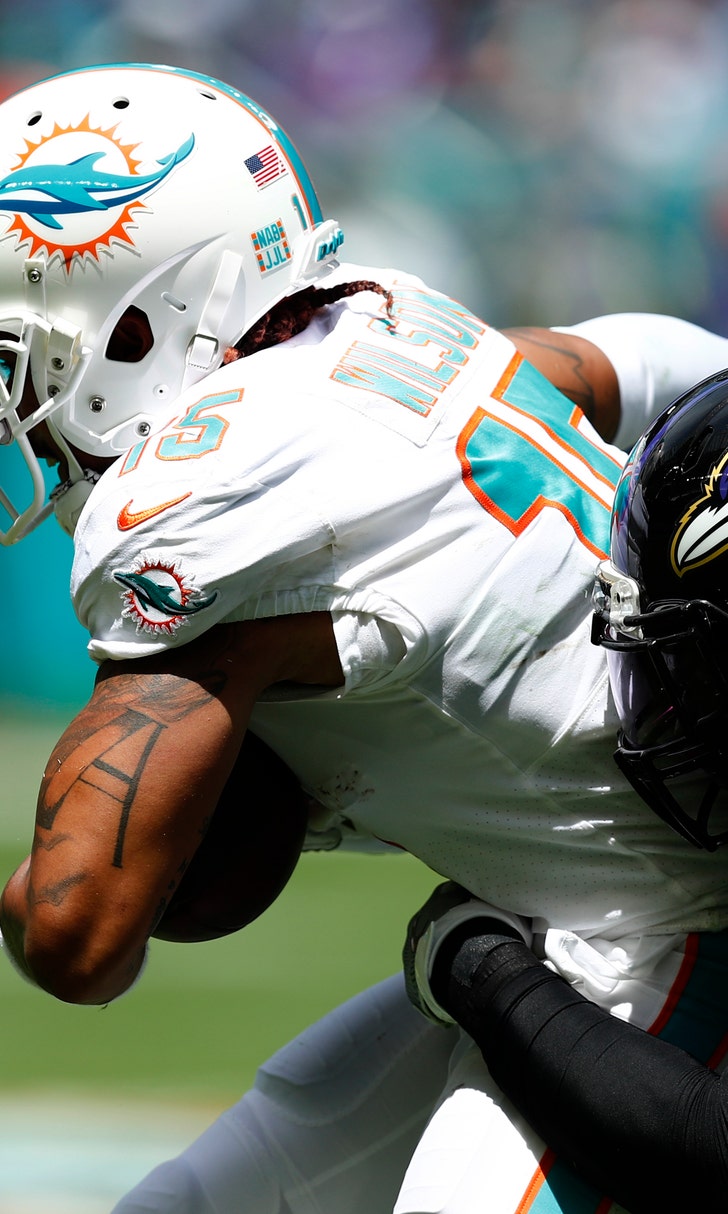 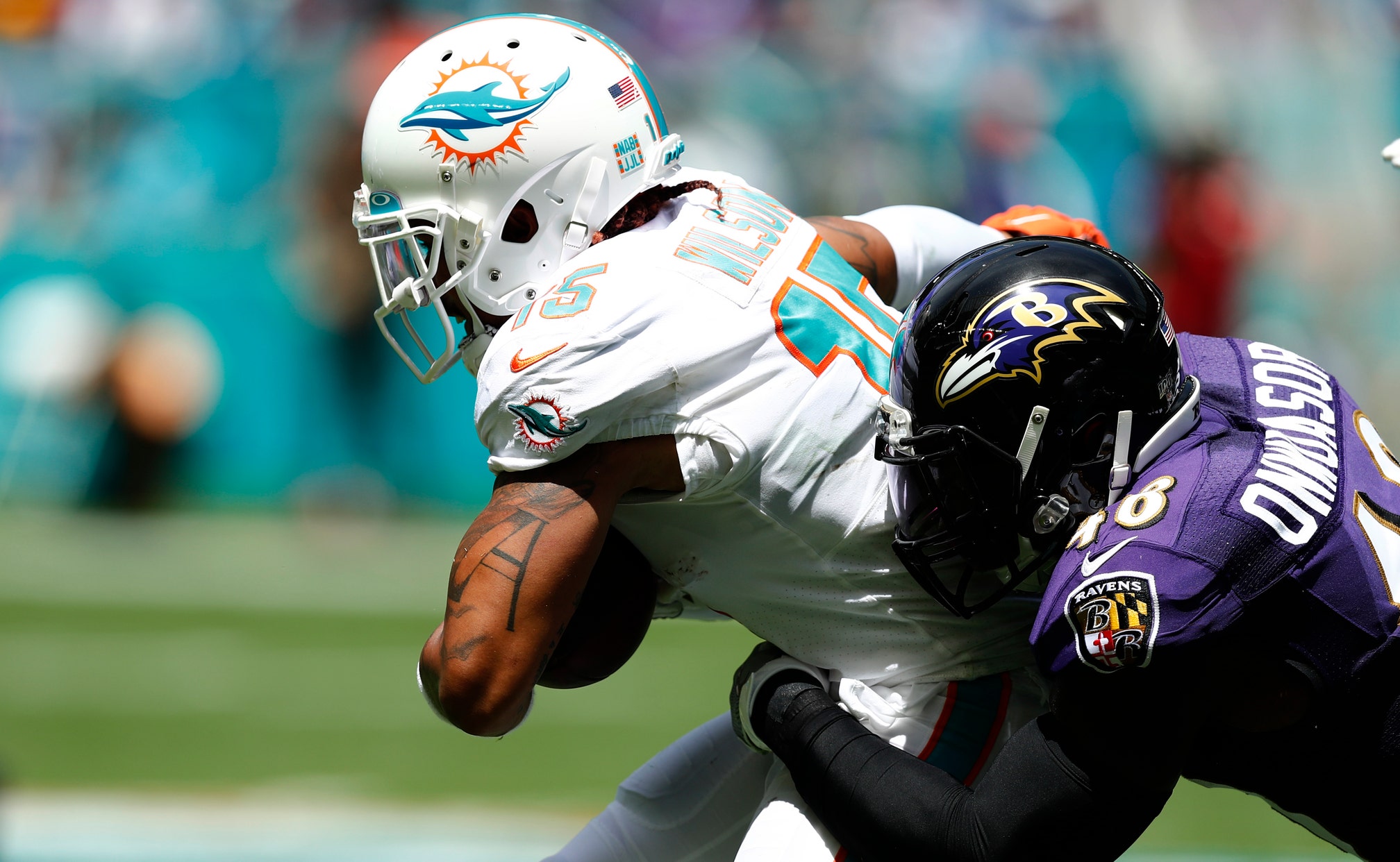 previous story
Once again, ACC is top-ranked Clemson ... and everyone else
next story
Jones eager to show he's up to being Notre Dame's top back

OWINGS MILLS, Md. (AP) — The new man in the middle of the Baltimore Ravens defense arrived as an undrafted free agent and carries the not-so-fearsome nickname "Peanut."

Playing the position formerly held by Ray Lewis and C.J. Mosley, Patrick Onwuasor on Sunday wore the headset assigned to the leader of the defense. He performed precisely as expected, leading Baltimore with five tackles, including a sack, while anchoring a unit that allowed just 21 yards rushing in a 59-10 victory over Miami.

"He played really well. He was all over the field," coach John Harbaugh said Wednesday. "I thought he did a great job with some of the new things, in terms of handling the communication."

Onwuasor represents the next generation of Baltimore's defense, which relies heavily upon speed and versatility. After 16-year veteran Terrell Suggs signed as a free agent with Arizona — whom the Ravens face this Sunday — the 36-year-old gave Onwuasor something to think about.

"He texted me and said, 'It's time for you guys to start your own legacy and start the new brand of Ravens football and continue to be what the Ravens are all about,'" Onwuasor said.

It's been a heck of a journey for Onwuasor, who was bestowed the moniker "Peanut" as a child playing youth sports. Signed out of Portland State in 2016, he didn't survive Baltimore's final cut but was assigned to the practice squad.

Promoted to the active roster in October, Onwuasor contributed on special teams and started one game as a rookie. In 2017, he stepped into a starting role as an outside linebacker and finished with 88 tackles, second-best on the team behind Mosley.

The highlight of Onwuasor's third NFL season came in a must-win December game against the Los Angeles Chargers, when he had nine tackles, two sacks and a forced fumble in a 22-10 victory.

Now, after the Ravens lost Mosley to free agency during the offseason, Onwuasor has stepped into the most important position on the Baltimore defense.

Asked if he could have envisioned going from an undrafted free agent to this, Onwuasor answered, "I just knew I had a role, and whatever my role was, I was going to get the job done. Now this is my role, and I'm going to try to get it done."

At 6-foot, 227 pounds, Onwuasor is a linebacker in the body of a safety. Actually, he was a safety at Portland State before the Ravens decided his speed would be best utilized inside. So they put then-linebacker coach Don "Wink" Martindale (who's now the defensive coordinator) on the case.

"The first thing 'Wink' told me was, 'Look, you've never played linebacker before. All I need you to do is fly around and be around the ball,'" Onwuasor recalled. "I did what he said, and it's paying off."

He's not the biggest linebacker in the NFL, but Onwuasor might be one of the fastest.

"If you watch the Ravens play, the one guy that's always flying around is No. 48," Ravens cornerback Marlon Humphrey said. "He definitely works hard, but what makes him really elite is how fast he plays. That's who Peanut is."