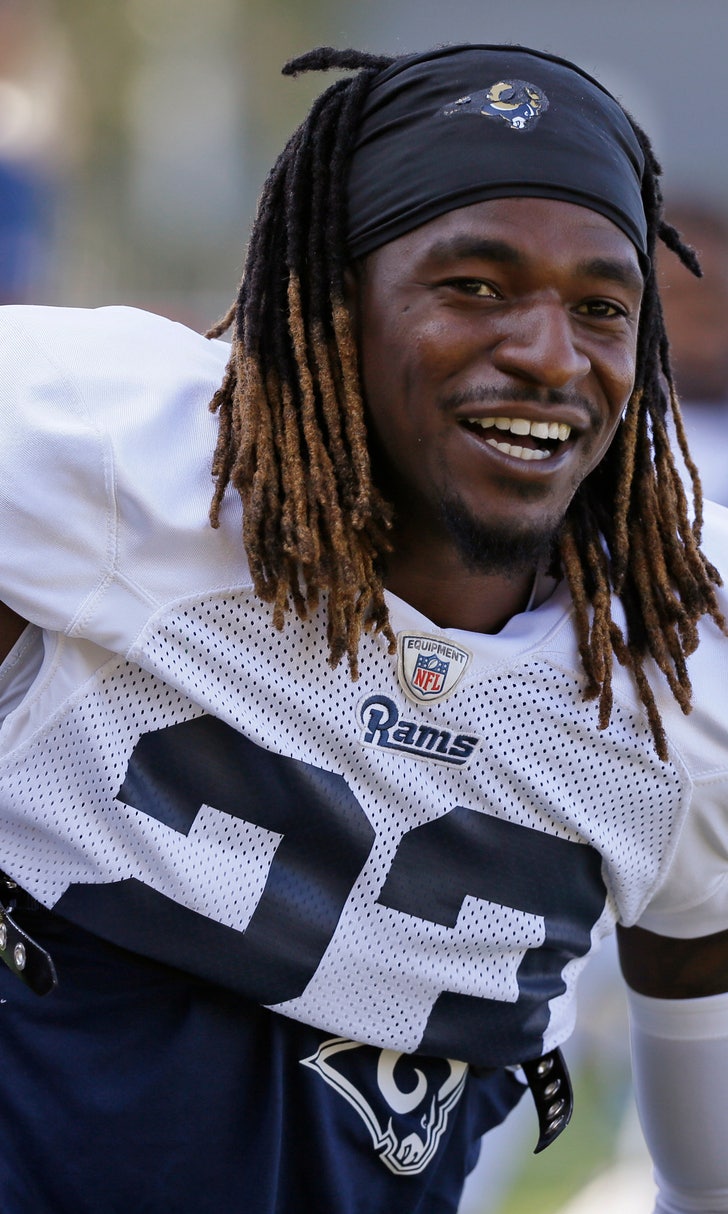 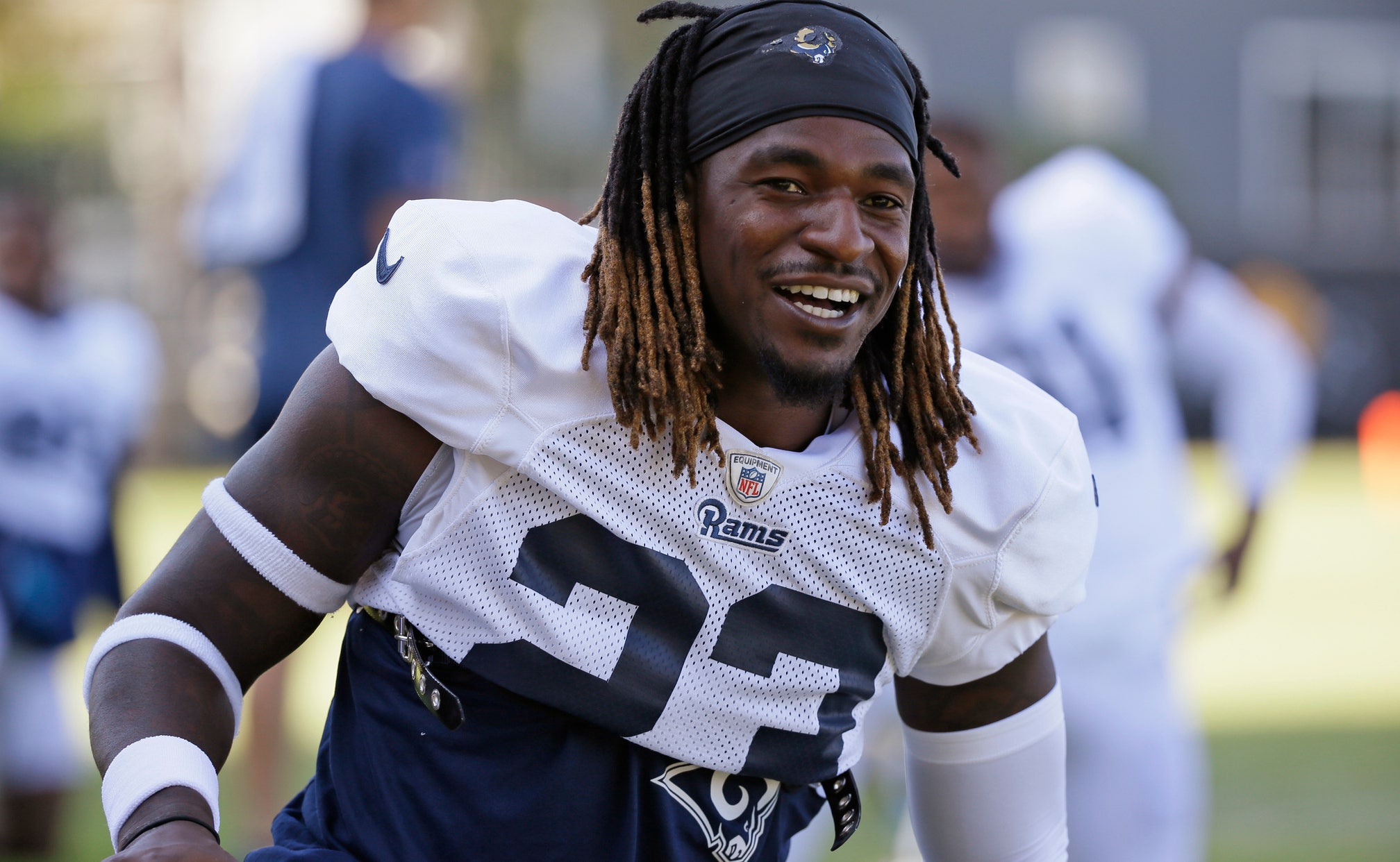 Rams' Robey-Coleman gets rematch with Saints after no-call

THOUSAND OAKS, Calif. (AP) — From his youth in central Florida to his college career at USC, Nickell Robey-Coleman dreamed of making a mark on NFL history.

The veteran defensive back never imagined his mark might end up being a rule change that exists mostly because officials in the last NFC championship game failed to flag him for committing pass interference at an extraordinarily inopportune time.

With his Los Angeles Rams (1-0) preparing for a rematch against the New Orleans Saints (1-0) on Sunday, Robey-Coleman is on a quest to become synonymous with something other than his unpunished mistake against Tommylee Lewis late in regulation at the Superdome.

Robey-Coleman doesn't shy away from the notoriety that has made him exponentially more famous than his steady play for the Bills and the Rams during his seven-season NFL career.

He has learned to laugh at his awkward fortune — but he also wouldn't mind moving on whenever everyone else is ready.

"People always joke about it with me," Robey-Coleman said Wednesday. "It's fun and cool, but now I've got a new season, a new start. ... Didn't expect it to get that much pub, but it is what it is."

Robey-Coleman estimates he has watched the replay "at least 4,000 or 5,000 times" since January.

For anyone who somehow missed it: The Saints had a third-and-10 from the Los Angeles 13 with 1:45 left in the fourth quarter of a tied game, and the Rams had just one timeout left. Drew Brees spotted Lewis coming free for a potential first-down catch, but so did Robey-Coleman.

Instead of going for an interception, Robey-Coleman delivered an early helmet-to-helmet hit that sent the wideout tumbling to the ground. A flag would have put New Orleans in position to score go-ahead points with almost no time left on the clock — but the officials didn't throw it, and the play wasn't reviewable on replay.

New Orleans kicked a field goal, but left enough time for Jared Goff to drive the Rams for a tying field goal of their own. After Brees threw an interception in overtime, Greg Zuerlein's 57-yard field goal sent the Rams to the Super Bowl.

Robey-Coleman has always acknowledged he got away with pass interference, even saying it moments after the Rams' 26-23 victory.

"Never disputed it," he said. "I'm on record. Told it how it was from the time that it happened until now. I never went against what I said. Just was clear and honest."

The hit outraged New Orleans fans, including those who sued the NFL. The uproar basically compelled the NFL to change its rulebook in the offseason to make pass interference reviewable, overcoming its understandable aversion to making judgment calls reviewable by replay.

The Rams all realize their stroke of good fortune in New Orleans, but they also believe a game never comes down to one play.

"Obviously, nobody is going to sit here and say that wasn't a pass interference," coach Sean McVay said Wednesday. "That's why it led to some rules being changed. Even though that play benefited our team, nobody wants anything but a fair game. ... We're not going to complain either way. That was one that definitely benefited us, but there's a lot of plays in a game, and I think it's good that the competition committee made the effort to be able to try to avoid some of those things happening in the future."

Robey-Coleman is still a key member of the Rams' secondary, and he had two tackles while playing 63% of the Rams' snaps last week in Carolina.

He won't get another matchup with Lewis, who is currently out of the league after signing with Detroit in March and subsequently getting cut. If he gets another chance to make a big play late in a close game, he said he plans to go for the ball — and if he makes a mistake, he'll own up to that one, too.

"We don't complain about nothing," Robey-Coleman said. "We just move forward. We just keep it level-headed. We can't control what the referees call, what they think and how they look at and how they review plays. It was a situation where the ref had a chance to make a decision, and he made his decision, and as a team, we moved on. We just kept playing football."

NOTES: S Eric Weddle is in the league's concussion protocol, but McVay is optimistic he will be ready to play Sunday. The veteran also had a cut on his head from the collision in the opener at Carolina. ... LB Clay Matthews (back) and DT Michael Brockers (shoulders) missed practice along with Weddle on Wednesday. They're all expected to play.

Rams Defense Dominates Brady On MNF
The clutch Brady of old was nowhere to be found Monday. Instead, Sean McVay's squad simply made the Bucs QB look old.
1 day ago

Herd Hierarchy: Week 11
Heading into Week 11, Colin Cowherd admits he had to make some tough cuts in his 'Herd Hierarchy.' See who's in and who's out.
6 days ago