Quarterback Terrelle Pryor trying to catch on with Bengals

CINCINNATI (AP) Wearing an orange No. 3 jersey, Terrelle Pryor took the snap, looked to his left and lofted a pass perfectly along the sideline to Tevin Reese, an undrafted rookie from Baylor.

On that throw, he didn't look like a quarterback who has bounced around the NFL because of accuracy issues.

The former Ohio State quarterback was invited to try out with the Bengals this weekend at their rookie camp, getting another chance to extend his career in the NFL. This chance came in part because of his connection with offensive coordinator Hue Jackson, who was his head coach in Oakland in 2011.

No promises. No commitments. Just a chance to show how much he's grown.

''That's a different quarterback,'' Jackson said after a Friday afternoon practice. ''So this guy's improved. He's a very talented young man. But again, we'll see where we are. Today is just one day.''

The Bengals have a blurry situation at backup quarterback. Andy Dalton is the fifth-year starter and has been very durable, missing only half of one game because of injury during his career.

AJ McCarron missed all of his rookie season with a sore passing shoulder. The Bengals also have Josh Johnson, known for his ability to run. Pryor is hoping to get a toehold in the competition by making an impression this weekend.

Pryor was Al Davis' last draft pick in Oakland, taken in the third round of the supplemental draft in 2011. He played three seasons in Oakland and started 16 games.

After the 2013 season, he was traded to Seattle for a seventh-round pick. The Seahawks released him before the start of the 2014 season. The Bengals brought him in for a tryout last November but didn't sign him.

''They were looking at signing me, but it just wasn't the best option for me at that time,'' Pryor said. ''But I'm back now and looking forward to being with this organization.''

The Chiefs signed him to a one-year deal in January and released him. The Bengals represent his best chance to stay in the NFL. He's been working on his throwing motion and making his passes more accurate.

''My biggest knock was just my accuracy,'' Pryor said. ''They could say, `Aw, he could throw the ball a mile, he could throw it very hard, but his accuracy is inconsistent.' And I know that. That's the main thing. If you want to move on with your craft, you have to know the negative.''

His first day in Cincinnati went well. He was on target with most of this throws.

''I thought the guy hit a lot of balls and did a lot of good things for the first time being back around me in a number of years,'' Jackson said. ''Again, he's just in for a tryout and we'll see where it goes from there.'' 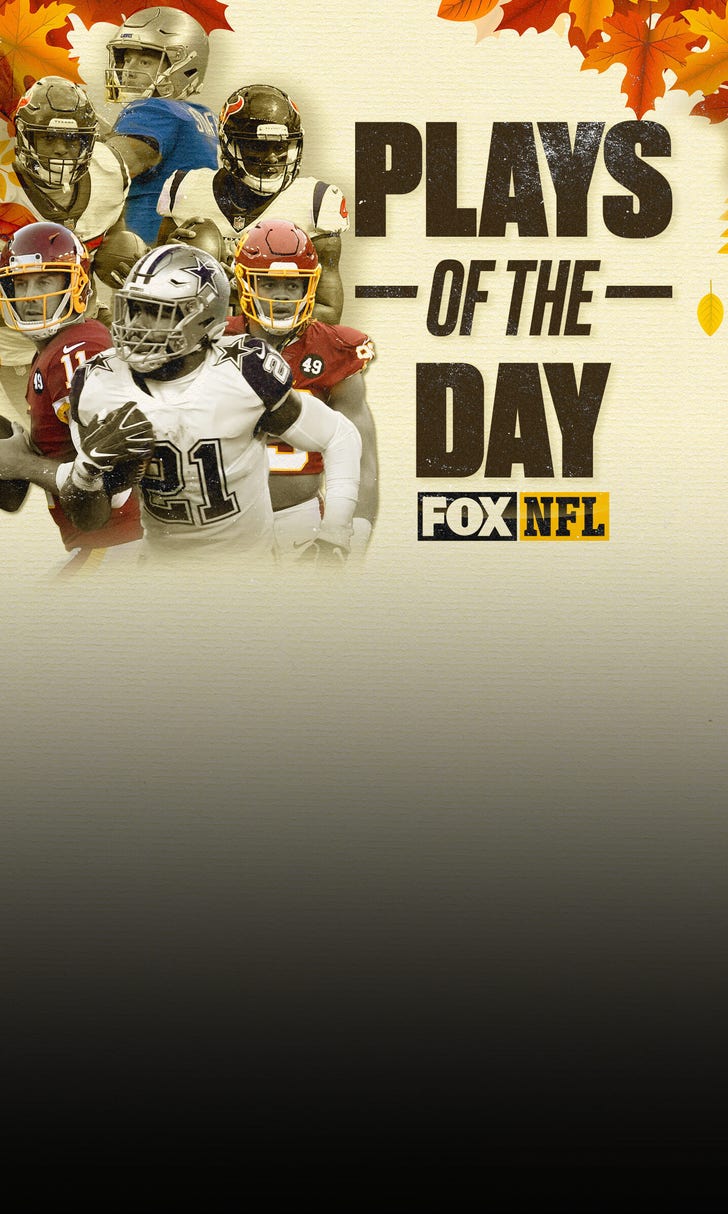 How To Win $50,000 On Thanksgiving
As old rivals collide with first place in the NFC East on the line Thanksgiving Day, fans can win big – for free.
41 mins ago

Happy Thanksgiving To The People
Before picking which sports stars should join the Thanksgiving dinner table, Charlotte Wilder thanks you, the sports fan.
54 mins ago

The Story Of America's Team
Jimmy Johnson and Troy Aikman reflect on their Dallas dynasty ahead of the Cowboys' annual Thanksgiving Day game.
13 hours ago

Feasting On Wins In Week 12
From a Turkey Day teaser to all the wagers a bettor could want, Geoff Schwartz makes his picks for Week 12.
13 hours ago
those were the latest stories
Want to see more?
View All Stories
Fox Sports™ and © 2020 Fox Media LLC and Fox Sports Interactive Media, LLC. All rights reserved. Use of this website (including any and all parts and components) constitutes your acceptance of these Terms of Use and Updated Privacy Policy. Advertising Choices. Do Not Sell my Personal Info