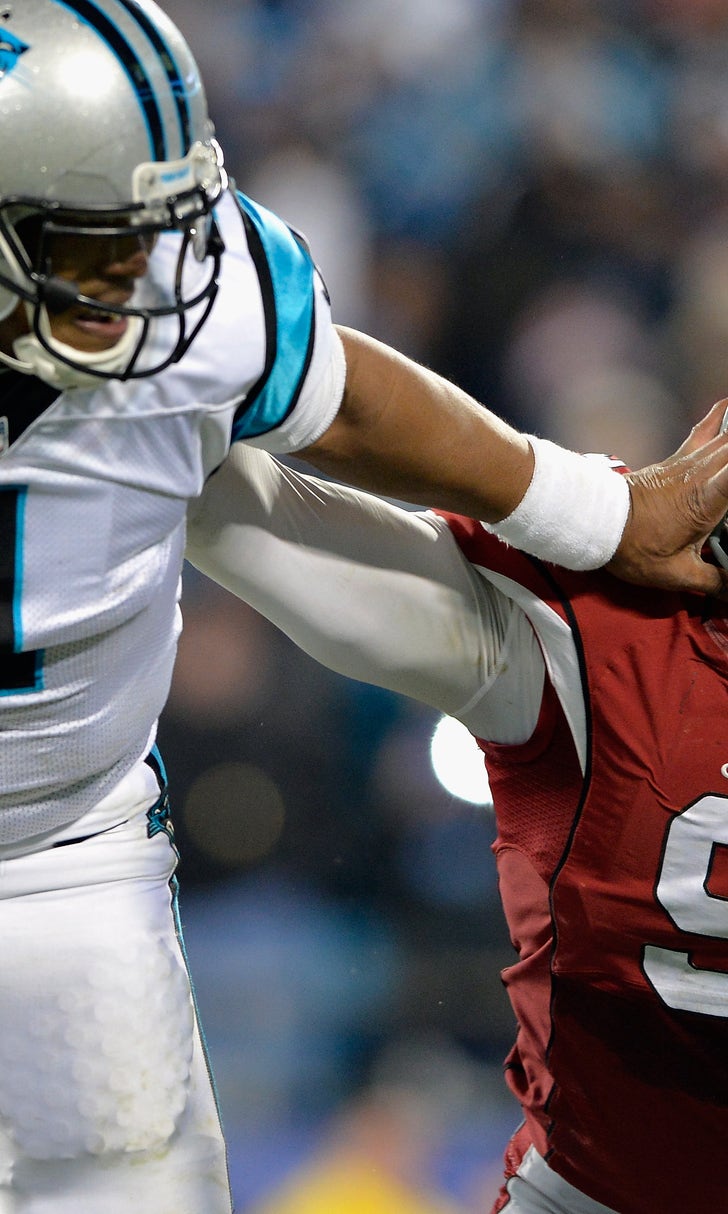 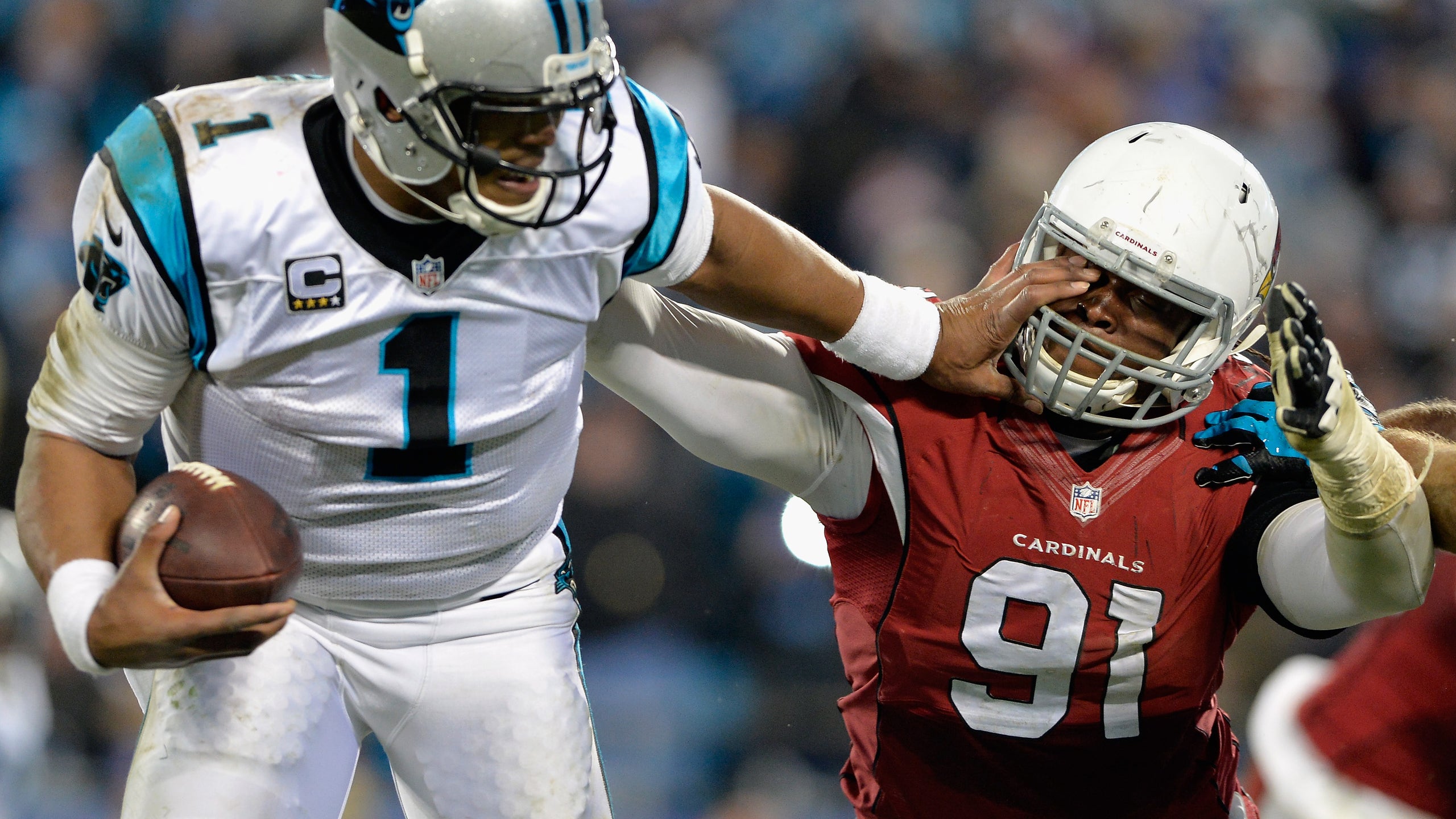 Predicting the win totals for every NFL team, from Carolina to Cleveland 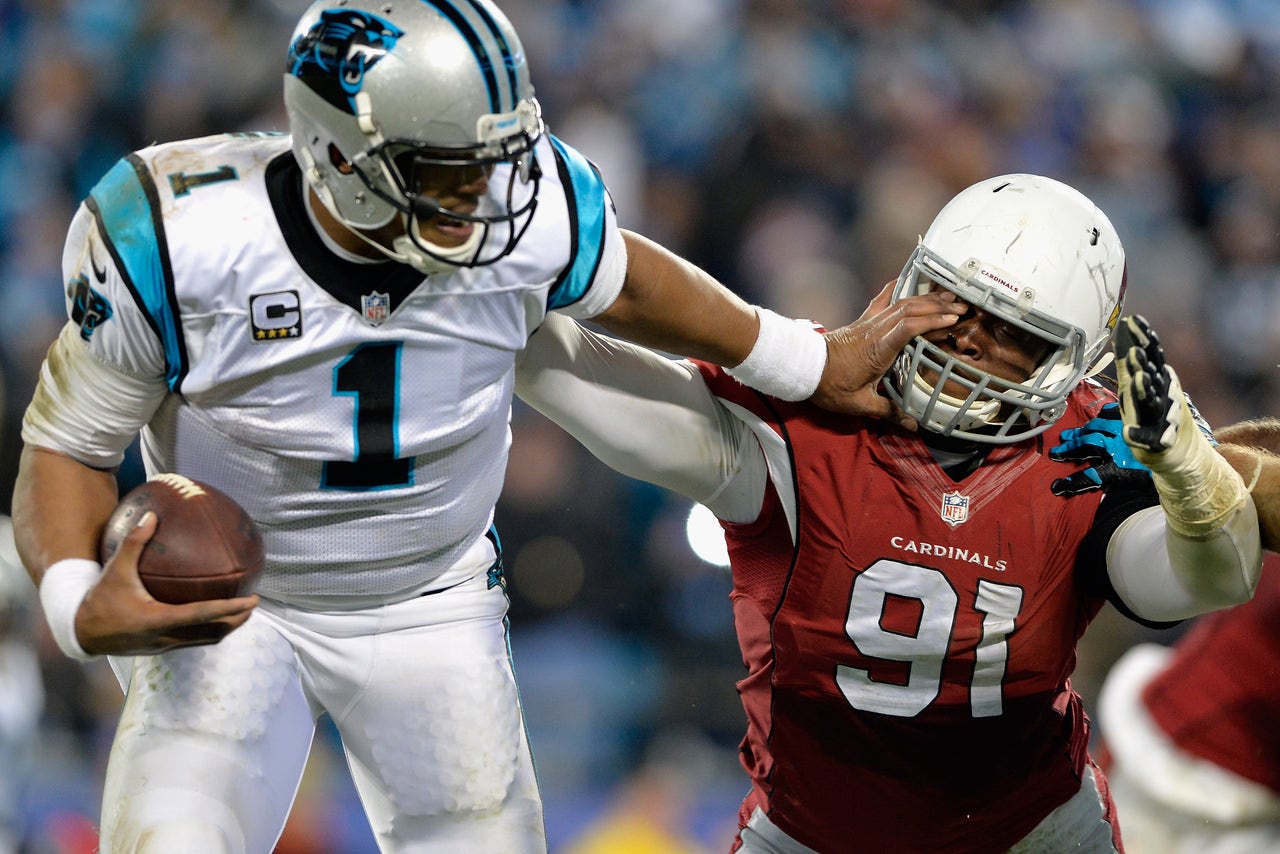 Updated win totals were released this week by the Westgate Las Vegas SuperBook, thus fulfilling two of America's greatest pastimes: gambling and talking about the NFL season far earlier than any rational human being should. Here are the teams that came in at every total, along with some predictions that are guaranteed to be 50% right at least half the time.

The highest win total is 10.5, shared by five teams, all the usual suspects. If this seems low, it is. Sort of. Consider that in 22 of the past 25 seasons, at least one NFL team has reached 13+ wins. In those other three seasons, the highest win total was 12, a mark reached by at least three teams. There have been zero years in which 11 wins was the NFL's highwater mark. 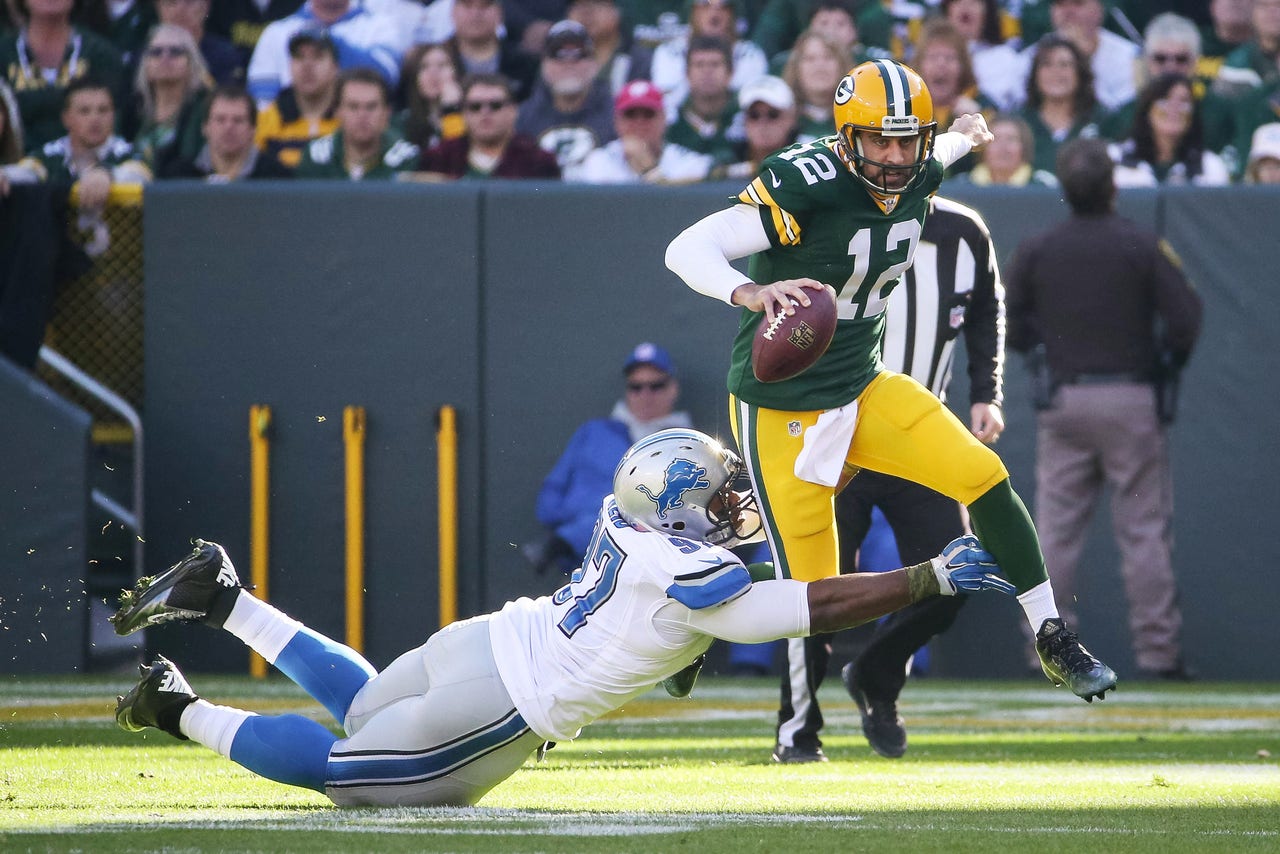 In other words, there are gems to be found at this number, but knowing which one isn't as easy as you'd think. Go back to last year and look at the five "best" teams in May: New England, Denver, Green Bay, Arizona and Seattle. All seemed like locks to finish with 11+ wins. However, only three did so, while Green Bay (10) and Seattle (10) went under. Meanwhile, Carolina, whose total was set at 8.5 wins, led the league with 15 Ws.

Predictions: Pittsburgh (OVER), New England (OVER), Green Bay (OVER), Carolina (UNDER), Seattle (UNDER) 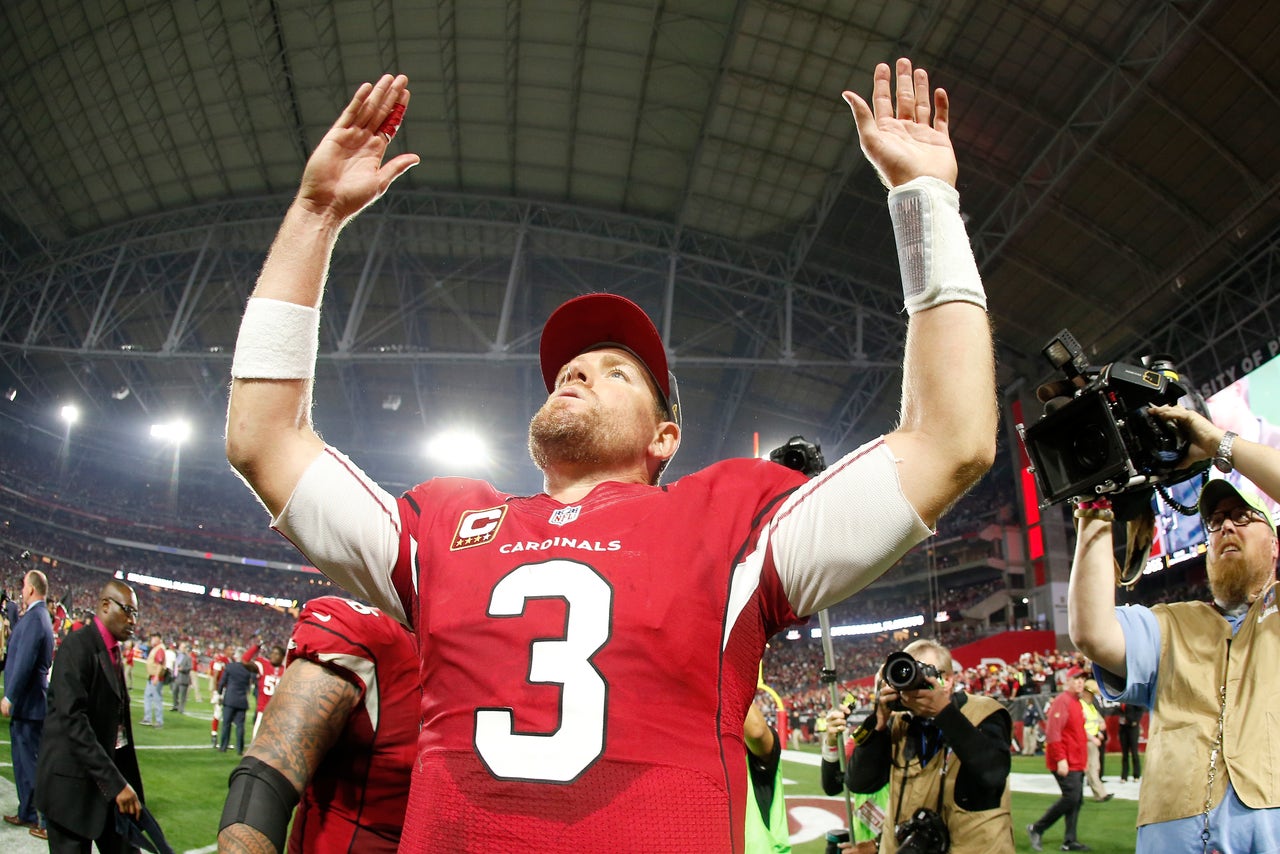 Exactly half these numbers are set as halves and half are set as wholes and the reason has nothing to do with a fear of decimals, which doesn't exist even though I've named it (arithmodeciphobia) and plenty of 7th graders and/or UNC athletes would disagree. The reason: A number ending in a .5 can't be pushed. Any bet is capable of winning. But when you throw in those whole numbers, a push is brought into play. Vegas wins that too. So if you consider the specific chances of a team expected to win 10 games actually winning 10 games, that gives the house an edge of - well, I don't know the math. Arithmodeciphobia and all. 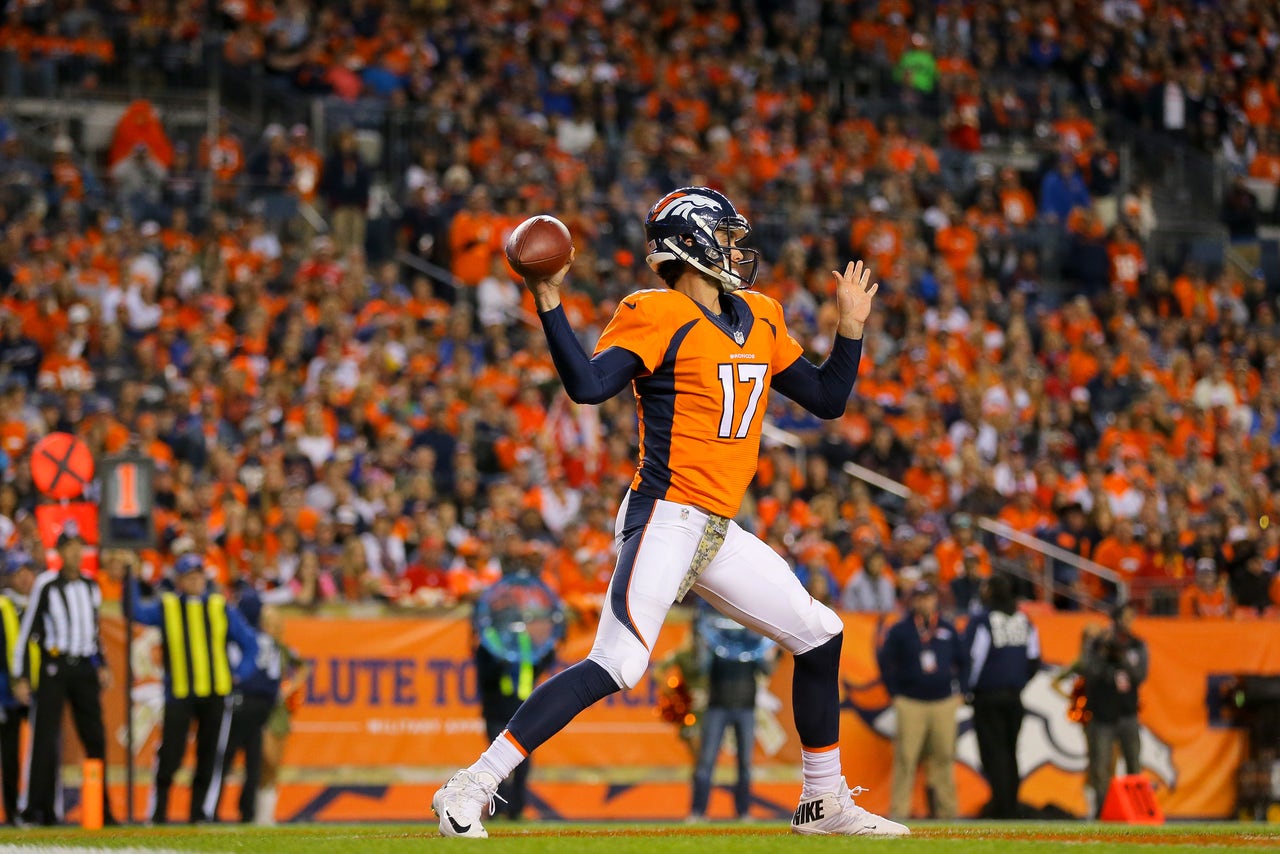 The Bengals can't get any respect. Not in the Rodney Dangerfield way, in which he was actually pretty respected despite his declarations to the contrary, nor did he actually seem to crave the respect he allegedly sought lest he lose the ability to deliver his famous line. No, this disrespect is an actual, tangible pattern of sheer and utter contempt for the Bengals continued ruining of your wild-card weekend. This number is almost Vegas begging the Bengals to miss the playoffs. Will they? I don't like the chances of Andy Dalton even getting an opportunity to lose a sixth straight wild card game in January. As for Denver? Two words. Well, one. Sanchez.

Prediction: Cincinnati (UNDER), Denver (UNDER) 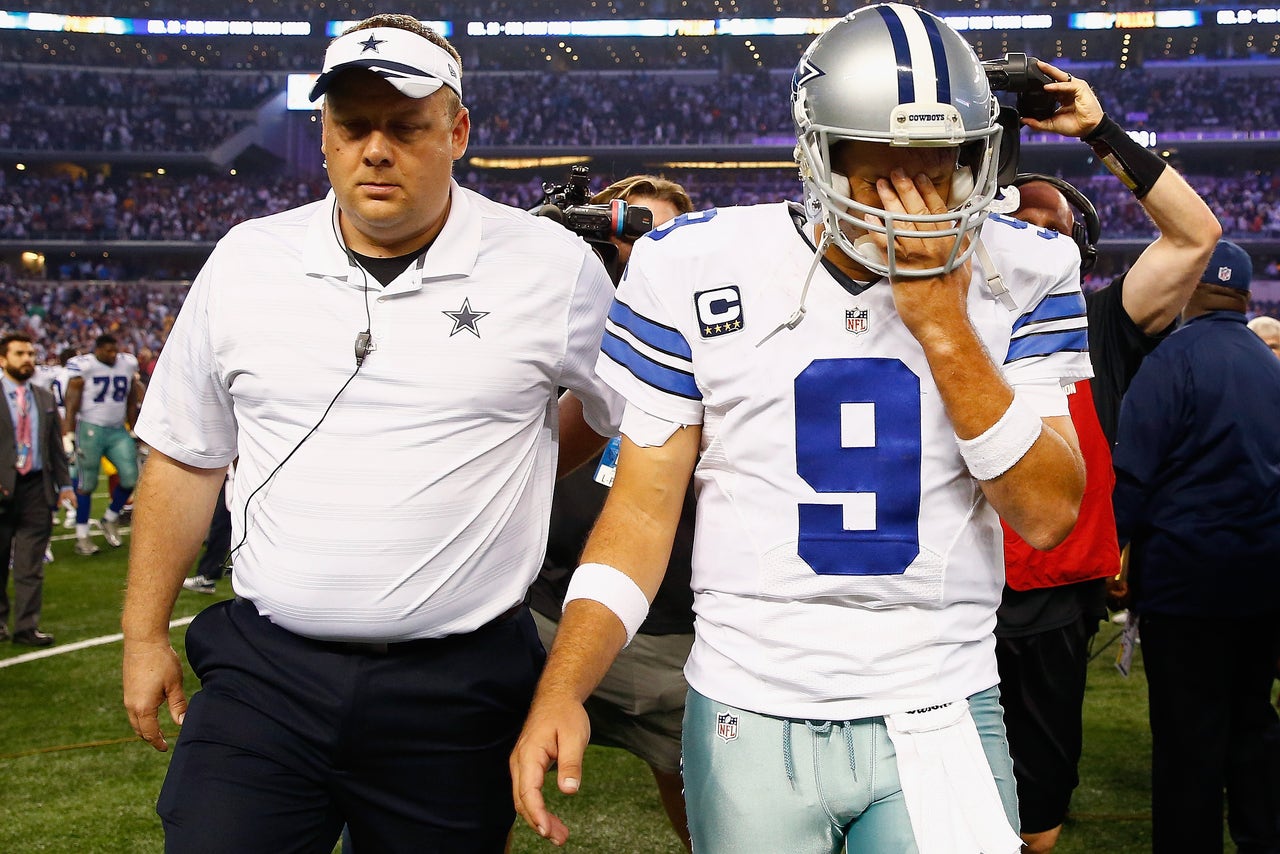 People in Vegas love to do four things: Make Rain Man jokes at the blackjack table, walk past Planet Hollywood and comment on how good Britney Spears is looking these days, overpay for vodka and bet the Cowboys. I mean, I know Ezekiel Elliott is the second coming of Red Grange, but let's go over Dallas' win totals since Jason Garrett took over as coach: 6, 8, 8, 8, 12, 4. How's that nine looking now? Logic has no place in this discussion though. Tony Romo and Dez Bryant could retire tomorrow, replaced with Johnny Manziel and newly converted WR Tim Tebow, and Big D's win total would still be 8.5. The other three teams at this number are the Goldilockses of the NFL: One had a 2015 that was too big (Vikes), another had a 2015 that was too small (Colts) and the last had a 2015 that was just right (Chiefs).

Prediction: Kansas City (OVER), Minnesota (UNDER), Indianapolis (OVER), Dallas (UNDER, WAY UNDER) 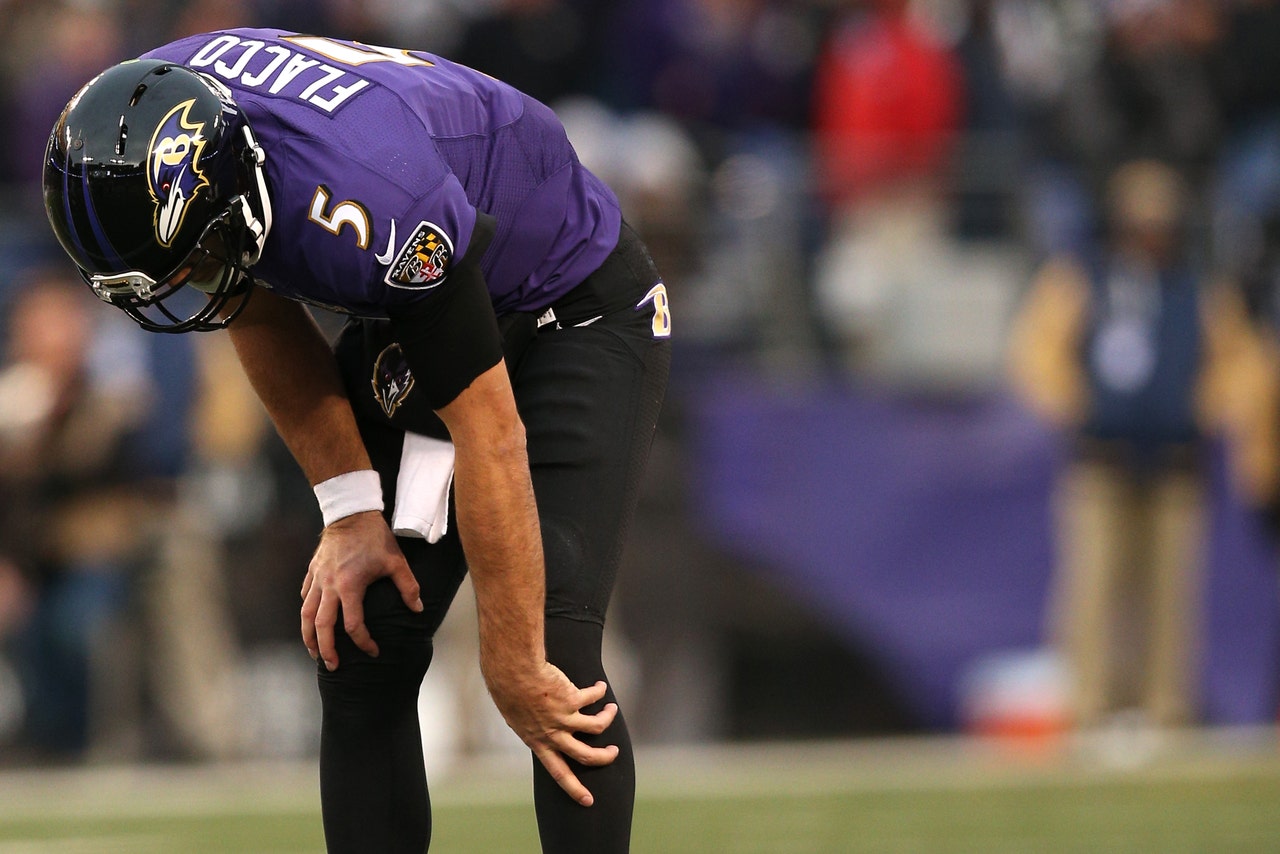 This is just what Baltimore expected when it signed Joe Flacco: That, under his stewardship, the team would be considered on par with those QB'd by Derek Carr and Brock Osweiler. The Houston win total is high given that they went 4-6 in 2015 against teams out of the AFC South, seemed to have a charmed year and now have a quarterback named Brock doing their bidding. And I'm not sure whether that's the over/under for Oakland's victories or arrests per game at the Black Hole. I'll look into that for you.

Prediction: Baltimore (OVER), Oakland (UNDER), Houston (UNDER) 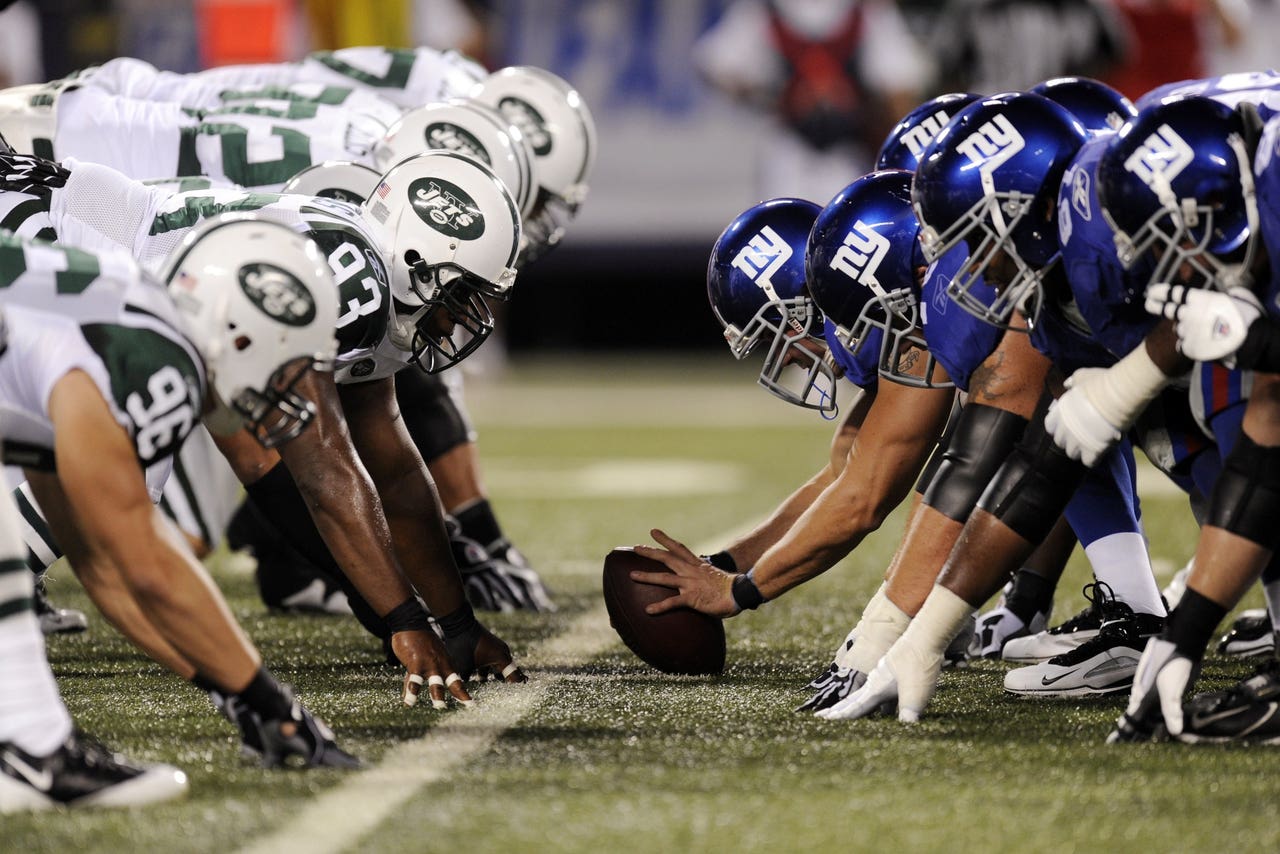 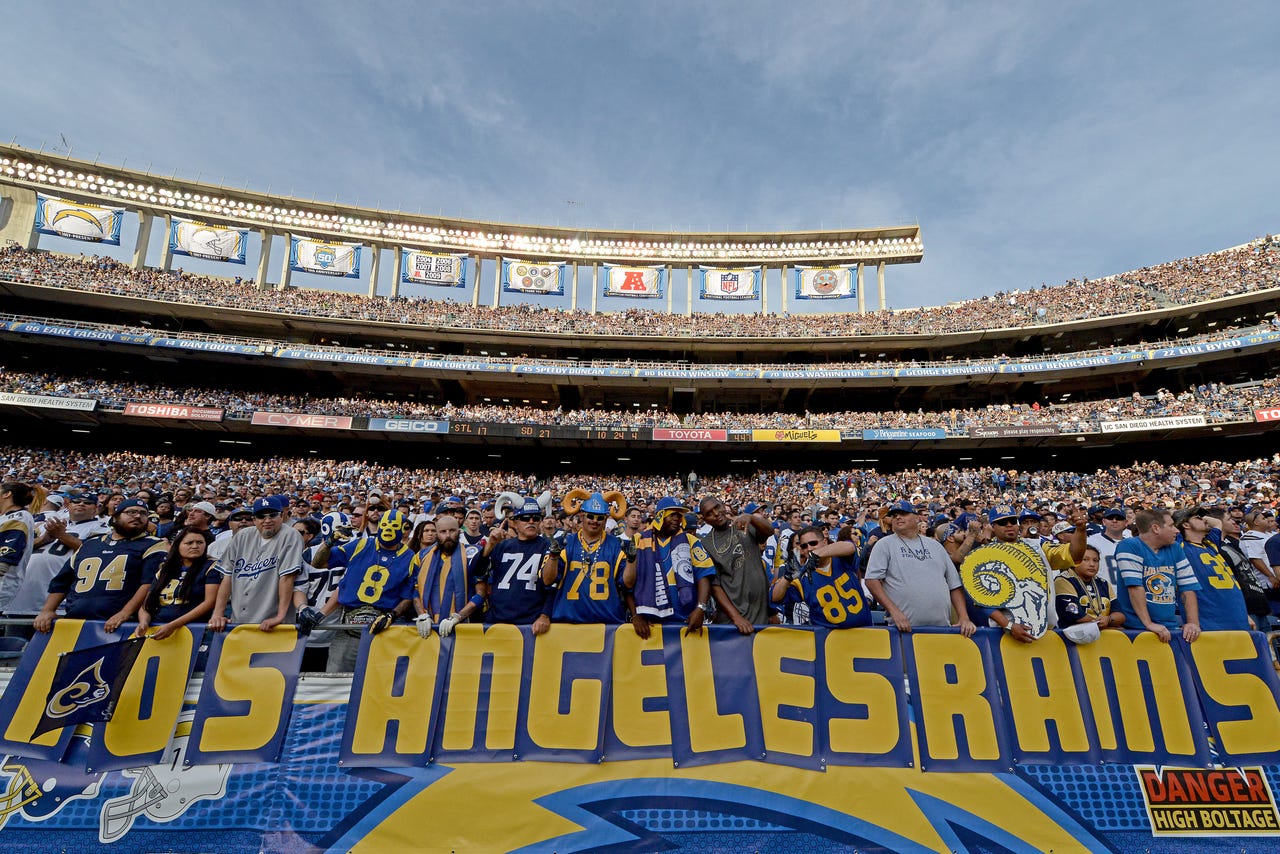 Jacksonville, Chicago, Los Angeles looks like a press release announcing new Arena League teams, no? Anyway, what would you say if I told you the Bears had made the playoffs once in the past nine years? The Vikings have made it four times in the same span. You could win a lot of bar bets with that one. Do people still make bar bets? I haven't been to a bar in - let's see, when was my daughter born?

Predictions: Jacksonville (UNDER), Chicago (OVER), Los Angeles (OVER) 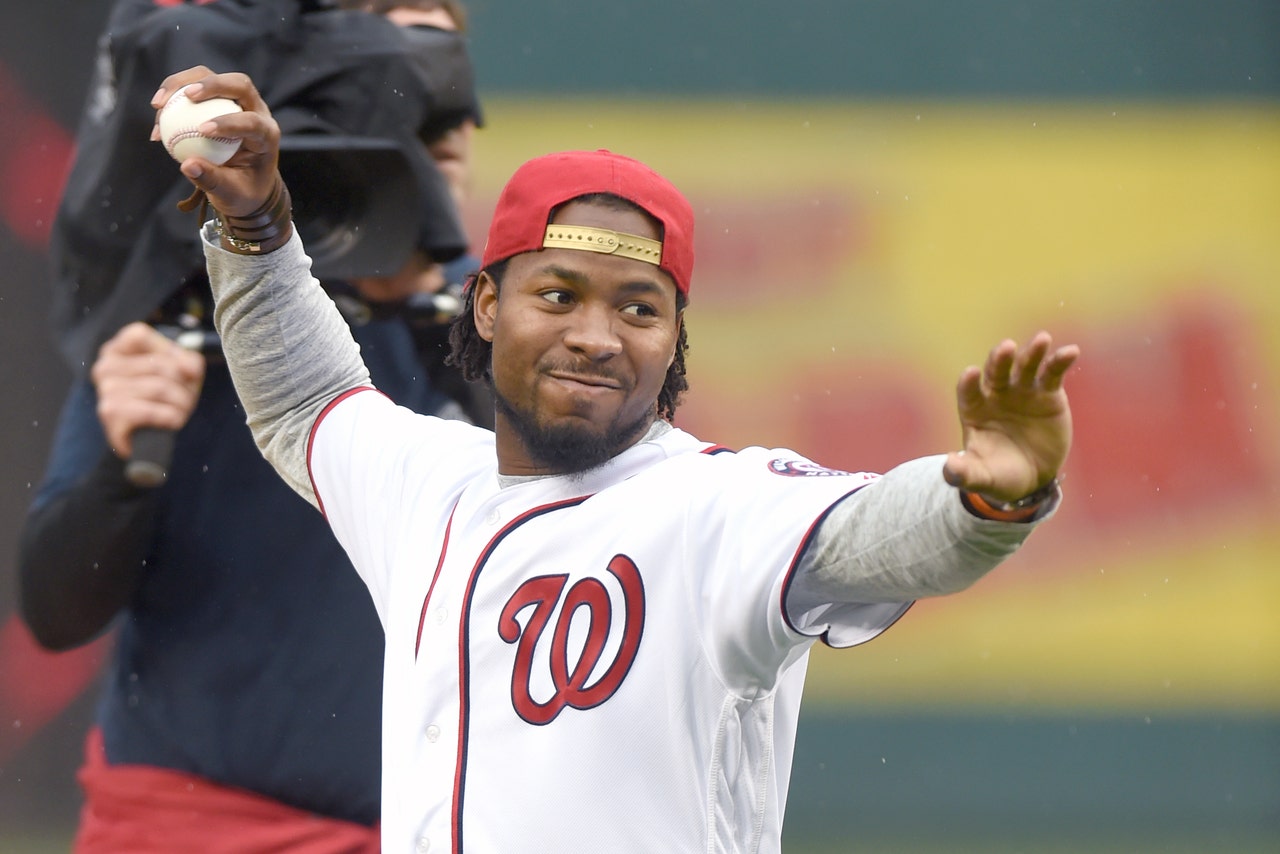 Aside from the fact that seven teams at seven wins sounds like the start of a riddle (the man was walking TO St. Ives), this is right in the meat of the "flip a coin" section of the win/loss totals - as in, half these teams will probably be better than seven wins, half these teams will probably be worse than seven wins and one or two of these teams will have exactly seven wins and the difference in those win totals will be dictated by a recovered fumble, missed extra point and/or 15-yard penalty on DeAngelo Hall. It's your job to guess which ones are which. Some of these should jump out at you. Philadelphia, whose quarterback succession plan looks about as thought out as Donald Trump's foreign policy, isn't getting to seven. San Diego, following an off-year, seems like a good bet to do so. The Redskins might be 5-11 or the best team in the NFC East. Miami always seems to have 7 wins - they've actually had 6, 7 or 8 wins in each of the last seven years. With it's new coach, Detroit might be going through a learning curve. Wait, what's that? Jim Caldwell is still in Detroit? Wayne Fontes sends a dap from afar. 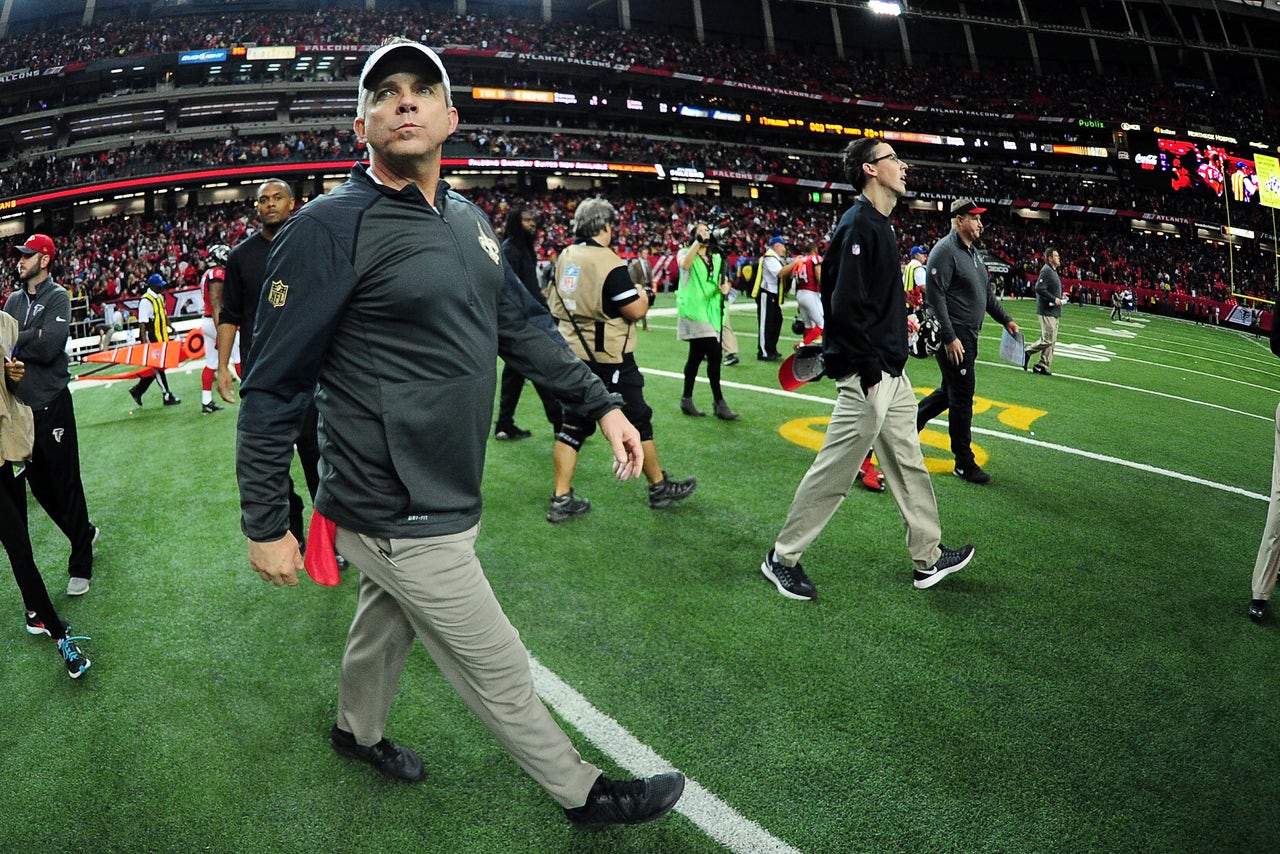 There has to be a bounty out for Sean Payton's job, no? Two 7-9 seasons in a row, all the while wasting the last years of Drew Brees' career feels like a net negative. That being said, even at New Orleans' low-water marks in the past decade, the team has never gone under 6.5 wins. 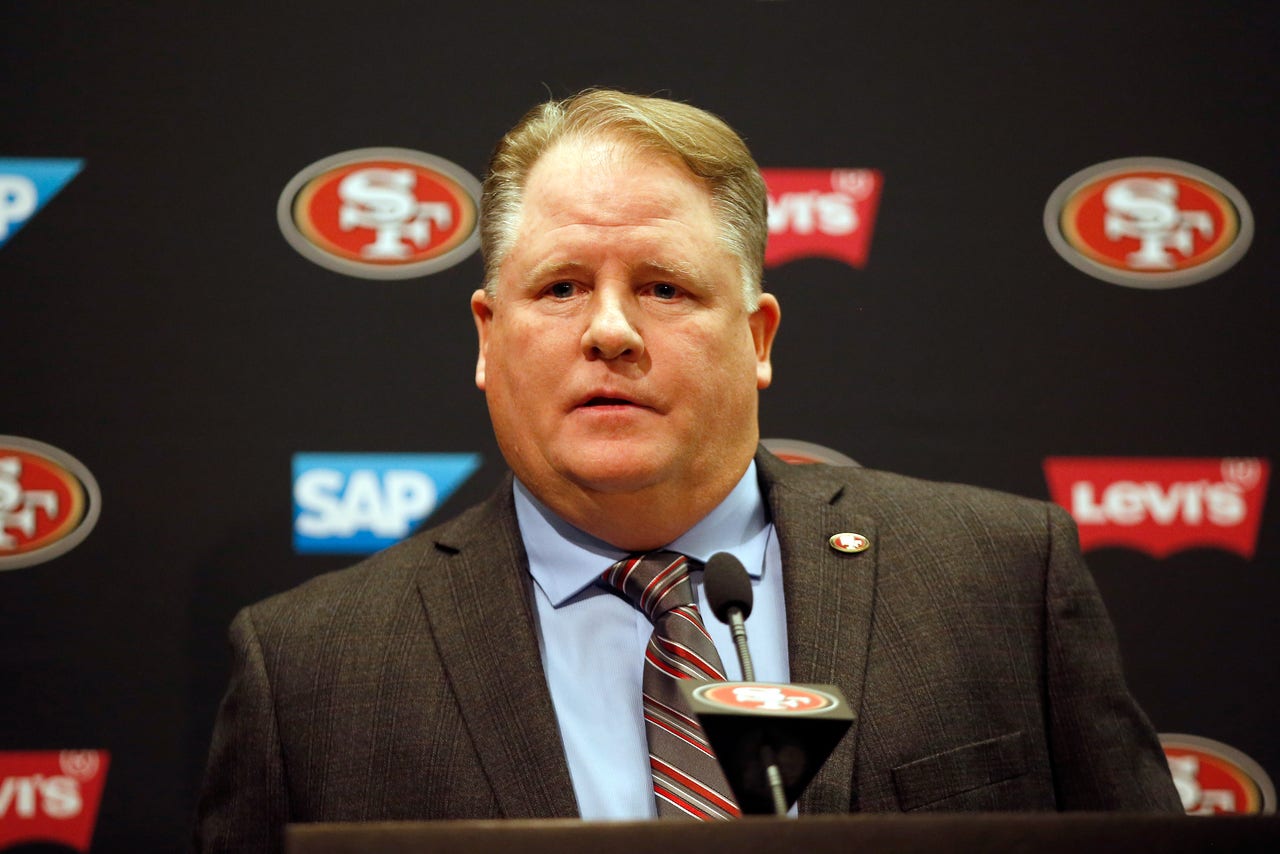 The Niners went 5-11 last year. Chip Kelly's genius is worth exactly 1.5 WAR, or about 5 less than Chip Kelly would tell you. 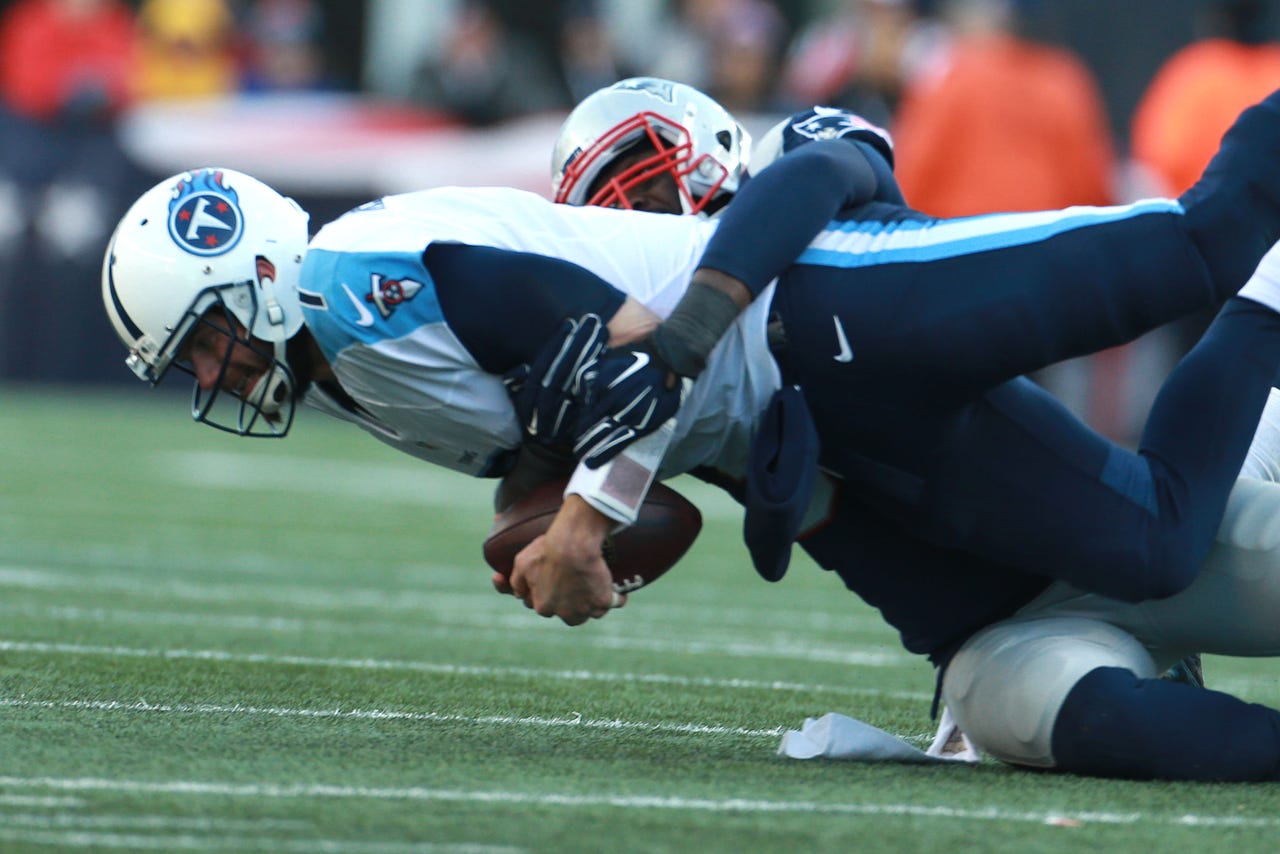 That's 10 quarterbacks, seven who went over 5.5 wins. None of the other three started the full season. Translation: All-in on Tennessee. 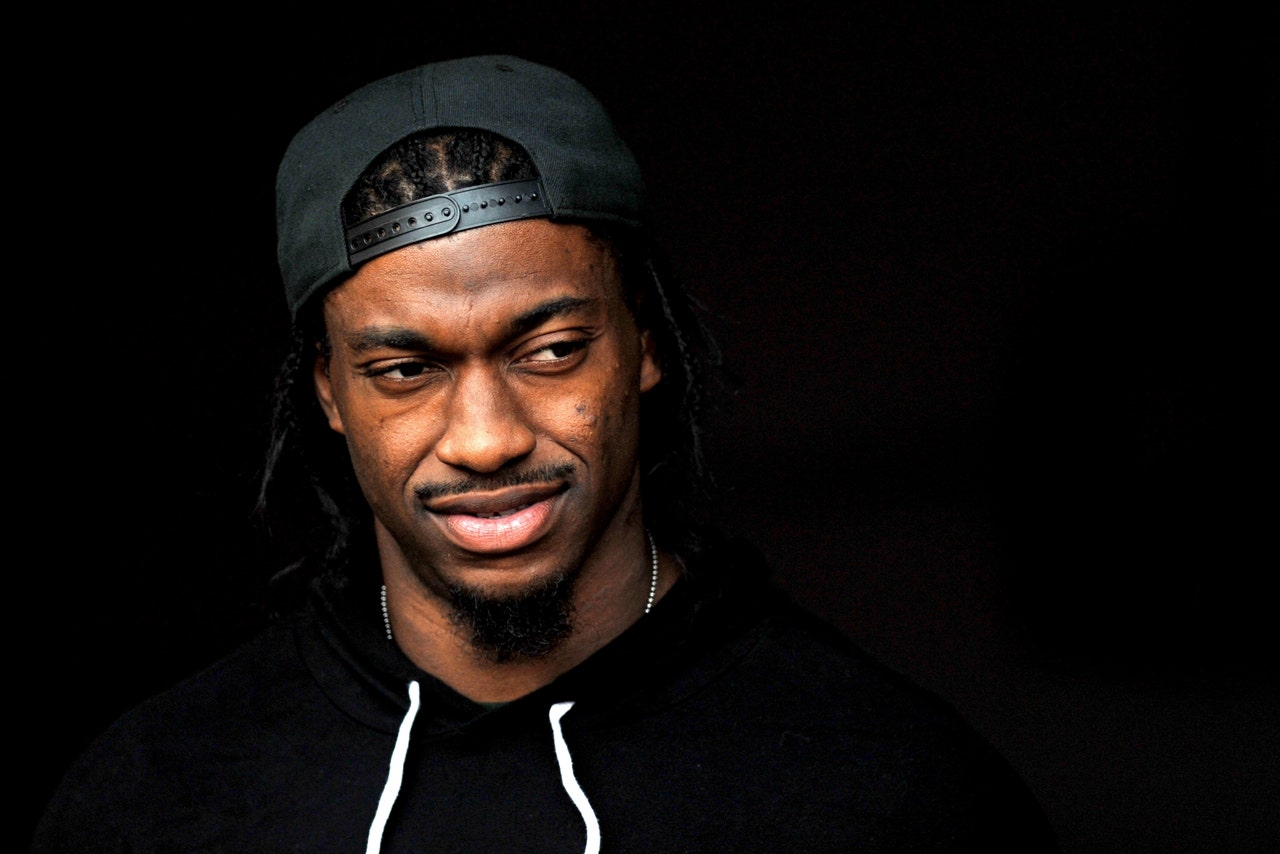 Usually when you look at preseason win totals, the numbers never go too far in any extreme, thus limiting the liability of the sports book. Even if they think Carolina is good for 13 wins, the Panthers would never have an over/under of 12.5 because all the action would go on the under. There's too many things that have to go right in order to go 12-4. Everything is sort of neutralized. We know the difference between the best and worst team won't be six games but for the purposes of this money-making enterprise, it is. That being said, 4.5 is really low and though the smart money is on the over (the same way you always bet double-digit home underdogs), it's not. It's really, really not.

Greg Olsen Joins The FOX Sports Family
After a 14-year, record-setting career, the tight end announced his retirement as he joins the FOX Sports NFL broadcast team.
1 day ago