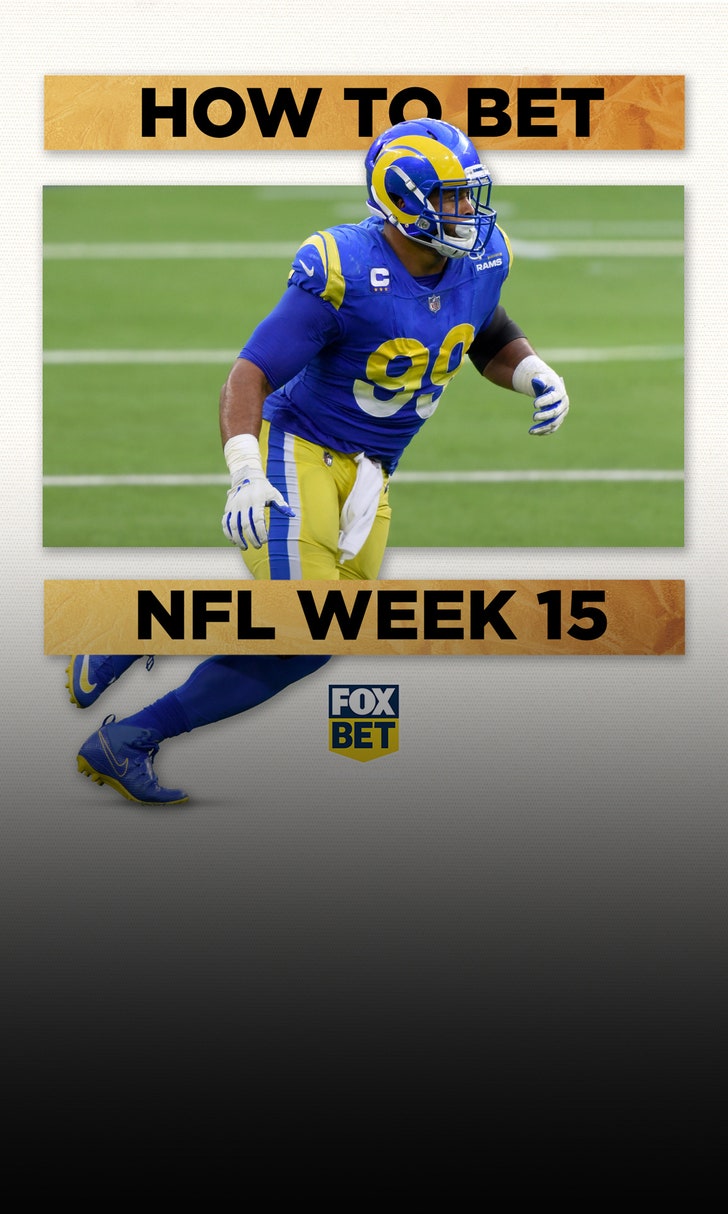 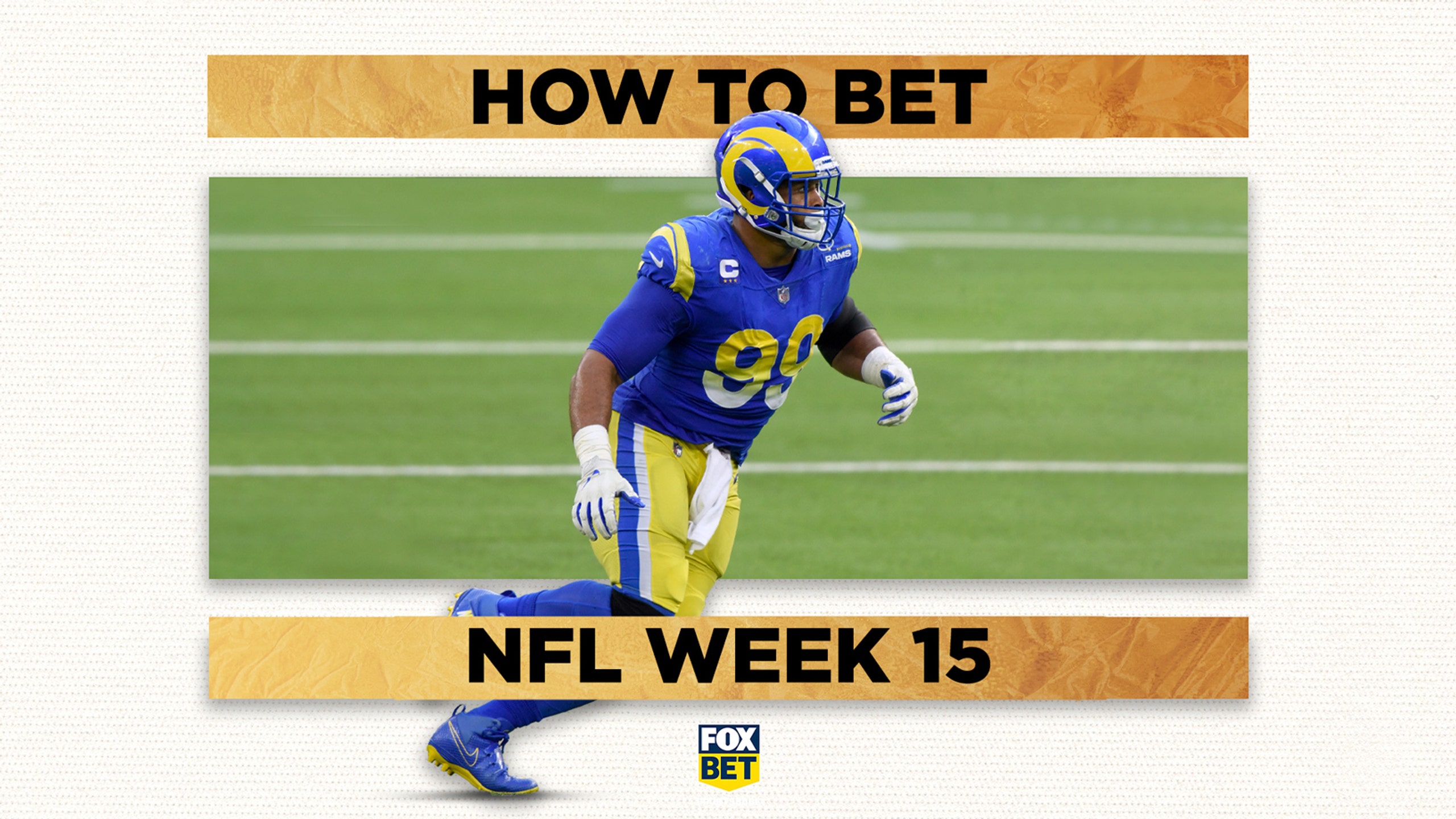 Welcome To The Rams' House Of Unders

It’s about damn time we get a phenomenal sports weekend, right? In a year wrecked by a global pandemic, I’m not sure there’s a better weekend for sports.

College football championships will be interlaced with two NFL games, and Sunday’s NFL slate features a potential Super Bowl matchup between the Chiefs and Saints, with Drew Brees returning from 11 fractured ribs. You can do last-minute holiday shopping from your phone.

While I think there’s value in backing the Broncos and Panthers as big underdogs, I love the value in teasing the favorites down under three.

The Broncos have cluster injuries in the secondary. After losing two cornerbacks to injury last week, their top five CBs are now out, meaning they’re starting a rookie who was benched earlier this season, and another one they previously released. When the Bills go to 4 wide receivers — and they will; they have run the 2nd most plays in the NFL (126) with four receivers — Allen will be playing pitch and catch.

We know when Teddy Bridgewater struggles: against pressure. Fortunately for Carolina, the Packers are below league-average in pressure rate and blitz percentage. Bridgewater will relish the return of DJ Moore to pair with Robby Anderson and Curtis Samuel in what should be a shootout.

The Panthers are 7-3 this season as underdogs, and Bridgewater is 17-2 against the spread in his career as a road underdog. Green Bay is by far the superior team, but twice this season favored by nine or more, and the Packers failed to cover. Hence, the teaser.

The winless Jets have faced five top 11 defenses in the NFL this season. They scored seven points versus the Colts, 10 versus the Cardinals, 13 versus the 49ers (in Week 2), and a total of three points in two games versus the Dolphins.

Oh, and they were in Seattle last week, flew home to New York, and fly west again to face the Rams, who boast the third best defense in the NFL, and had extra time to prepare following the Thursday win over the Patriots.

Whether it’s the playing surface, the energy in the building or the lighting, Sofi Stadium has been a house of unders (6-0) for the Rams in 2020. Only one of their six home games has topped 40 points, and it’s tough to envision that happening here. Don’t be surprised to see the Rams trot out backups in the fourth quarter like Seattle did last week.

Forget Bill Belichick against one of his disciplines (Brian Flores), as they’ve met three times in the last 16 months. The interesting angle is how dominant Belichick has been against rookie QBs: 25-5 in his past 30 games, including nine wins in a row after beating Justin Herbert a few weeks ago.

Moreover, Belichick is 19-5 ATS off a double-digit loss dating back to 2003. I realize that’s not a predictive trend, and those numbers were compiled with Tom Brady. But given extra rest for the Patriots, off an embarrassing loss, how awesome of a defensive game plan do you expect Belichick to cook up for a rookie QB who played in college for Bill’s buddy Nick Saban? If anyone in the NFL knows Tua’s weaknesses, it’s Belichick.

Put me down for 30-plus carries for the Patriots, and at least two gadget plays, perhaps one involving Julian Edelman, who could play for the first time since October. The best number of 2.5 is gone, and this could wind up pick ‘em by kickoff.

IF YOU MUST HAVE SKIN IN THE GAME …

The Saints were getting four points earlier in the week, but that number is long gone.

The Chiefs are on the road for the fourth time in five weeks, and they’ve got some offensive line injuries to cope with. They also haven’t covered in their last five games, although they’re up against a Saints team that had its nine-game win streak snapped by a rookie QB making his first start.

My problem is the Saints have consistently underwhelmed at home with no fans this year, losing outright to the Packers and letting the Panthers and Chargers cover. As much as I want to take the Saints getting points with Drew Brees back, this feels like a game the Chiefs won’t sleepwalk through (see Denver, Carolina), or take their foot off the pedal (see Miami, Tampa).

If you want to have skin in the game for a Super Bowl preview, I’d recommend the over of 52.5 or live-betting the Chiefs if they fall behind early like last week. But I’m passing on this game altogether.

The Cardinals are simply a play against the Eagles' cluster injuries in the secondary. That significantly favors Arizona, which has run the most plays this season (185) with four wide receivers.

Jalen Hurts gets his second start, but first on the road, and he’s got to face an Arizona defense that sacked Giants QBs eight times last week.

The Colts need to win out to have a shot to win the AFC South and host a playoff game, while the Texans are playing for nothing (not even a first round draft pick — that belongs to Miami). As such, the line is inflated to a touchdown, and I can’t lay that. But I can tease it down to the Colts just needing to beat a bad Texans team that it nearly lost to two weeks ago.

A classic "buy low, sell high" to round out Sunday. The Browns looked like the better team in a narrow loss to Baltimore on Monday night, totaling 33 first downs, 493 yards and averaging 6.5 yards per play. It was a demoralizing loss, and now on a short week, have to go on the road for the third time in four weeks.

The Giants, on the other hand, are coming off an embarrassing home loss to Arizona in which it couldn’t protect its QBs (see the above note about being sacked eight times), and generated only 159 total yards.

And there are several red flags you should know before holding your nose and taking the Giants. Their best defender, CB James Bradberry, is on the COVID list and will not play. Colt McCoy may get the start over injured Daniel Jones. And former Browns coach Freddie Kitchens is calling plays for the Giants because Jason Garrett is out due to COVID.

All that being said, the Giants have impressed me with decent starts in prime time this season against Pittsburgh, Philadelphia and Tampa. After Washington loses to Seattle, the Giants will take the field knowing they can take the divisional lead (via tiebreaker) with a win over Cleveland. Not sure that’ll hold up for an entire game, hence the first half play.