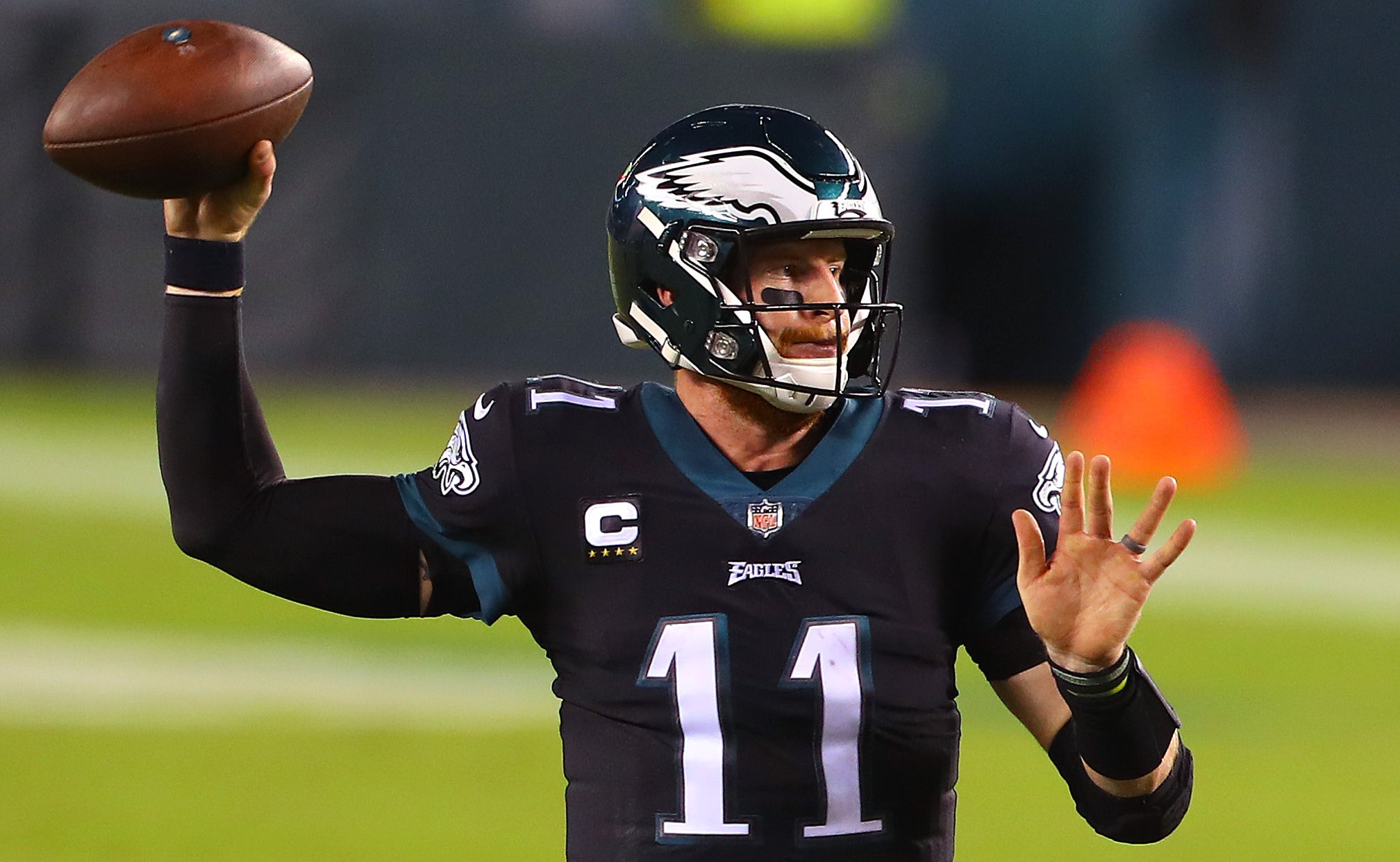 Drama in the NFC East is the gift that keeps on giving, and Thursday night was no different.

The Philadelphia Eagles won a nailbiter over the New York Giants, 22-21, to move into to first place in the division.

Here are the key takeaways from this Thursday Night Football matchup.

Throughout the early parts of the 2020 NFL season, Carson Wentz has been a rollercoaster of a performer for the Philadelphia Eagles, and Thursday night, the entire Wentz experience was on full display.

While Wentz threw his tenth interception of the season – he is now tied with Minnesota's Kirk Cousins for most INTs in 2020 – he also flashed moments of brilliance in helping the Eagles secure the win.

Trailing 21-10 with five minutes remaining in the game, Wentz led two scoring drives that resulted in touchdowns, showing why the Philadelphia organization hasn't even hinted toward moving off its franchise QB.

Wentz finished the night with 359 yards through the air, his first game of over 300 yards passing this season.

As of today, a struggling NFL quarterback.

It's been a rough start to the season for the Giants second-year QB, and Thursday was once again an uphill battle for Jones – even in the moments that should have been easy.

Jones passed for two touchdowns, but he, too, couldn't shake the turnover bug, throwing an interception and fumbling on the final drive of the game.

Jones has now committed a turnover in eight straight games dating back to last season, which is the longest current streak in the NFL.

Even though the standings aren't pretty, one team is going to win the NFC East this season and host a playoff game.

And the race for the top spot got tighter after tonight's win for the Eagles.

The Eagles are now in sole possession of first place in the division, sitting a half game up on the Dallas Cowboys due to having a tie on their record instead of a fifth loss.

And even with the loss, and a 1-6 record on the season, the Giants, remarkably, are only one game behind Philly in the win column and two games back in the loss column with nine games to go.

This race, as ugly as it's been, is far from over.