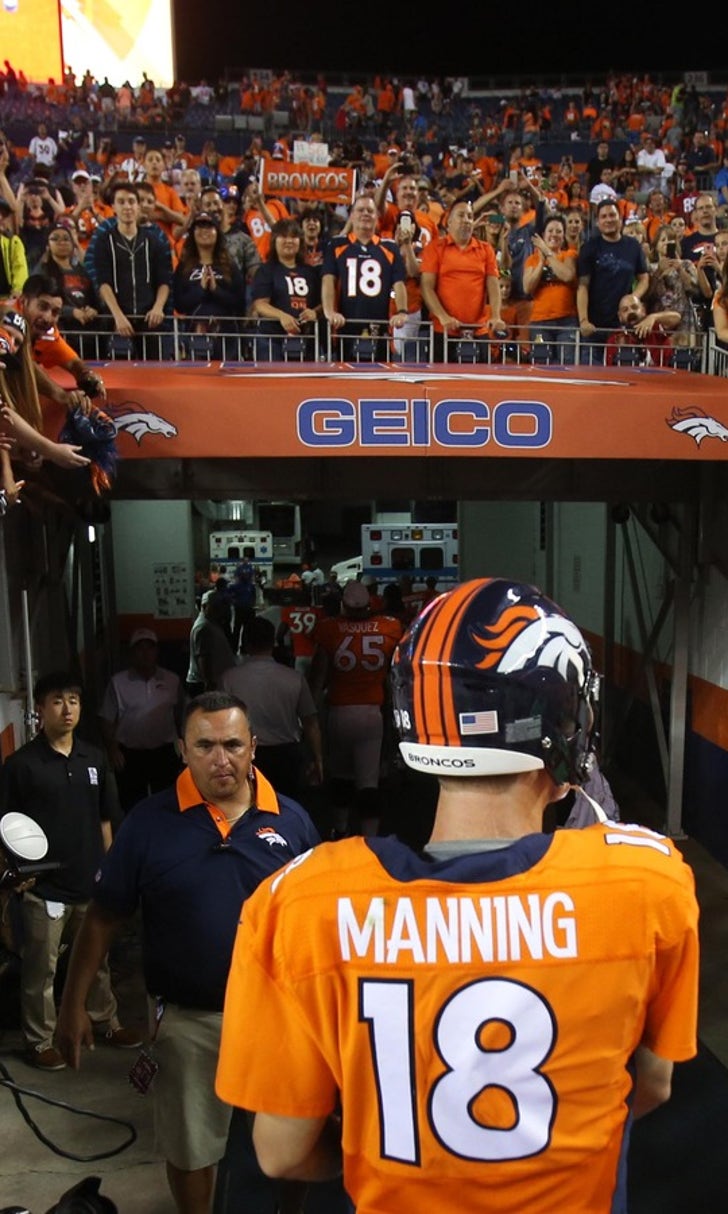 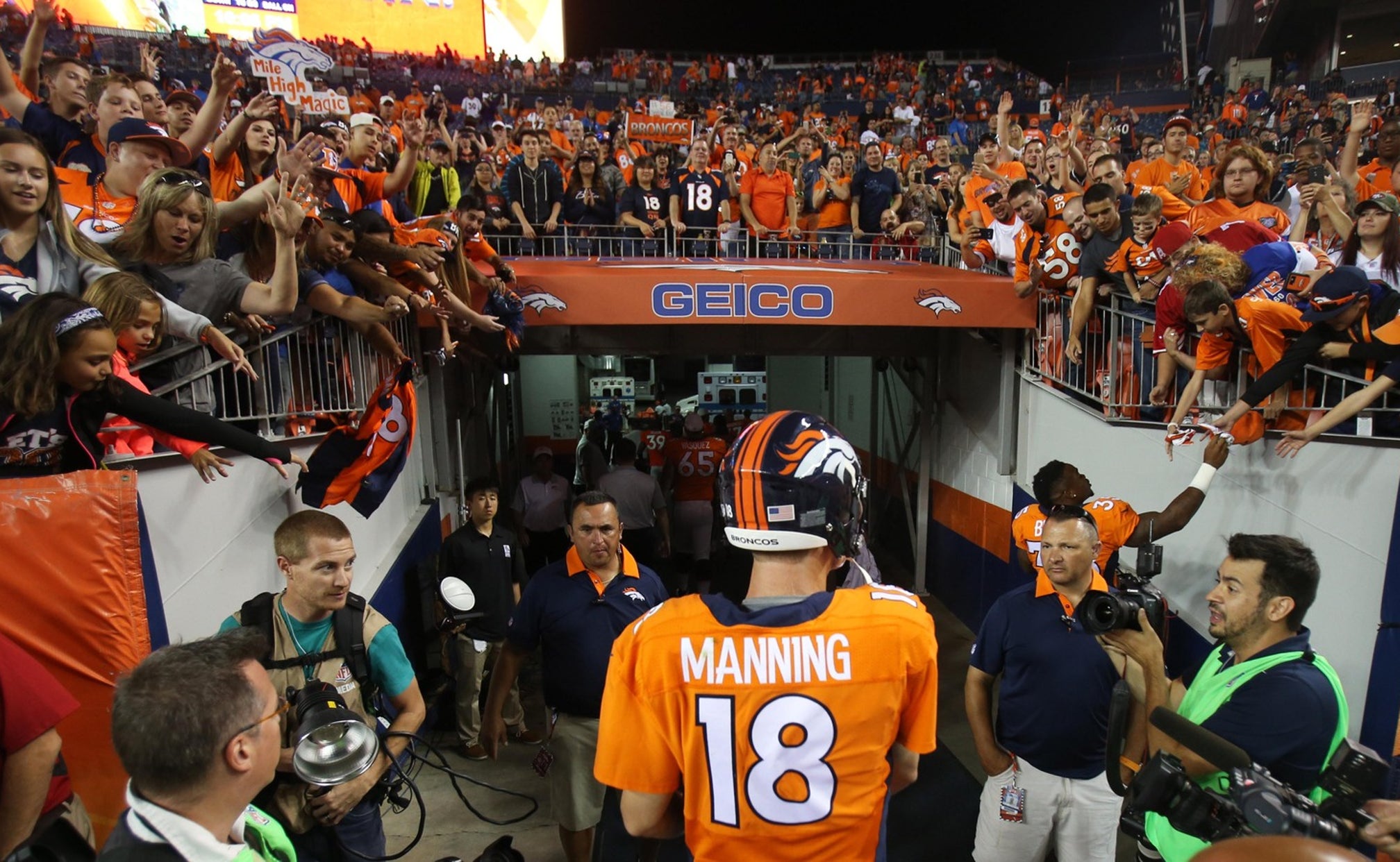 Peyton on when he'll retire: 'I don't have those thoughts' 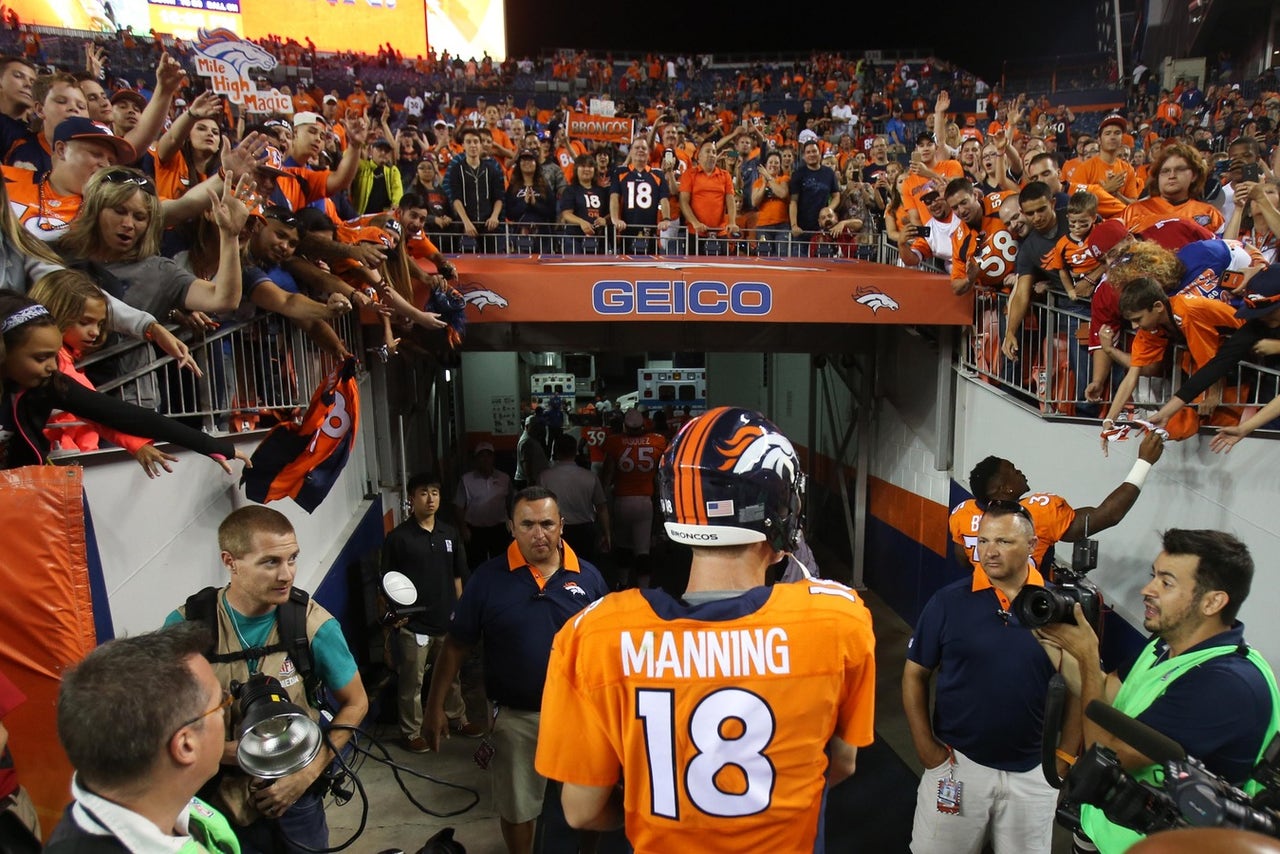 Peyton Manning may be 39 and entering his 18th NFL season, but that doesn’t mean he is giving any thought to whether or not the upcoming season will serve as the one where he makes his professional football swan song.

“I don’t have those thoughts,” Manning told Yahoo Sports. “I think about playing football to the best of my ability in 2015.”

Manning had an up-and-down year in 2014, struggling late (perhaps as a result of injury) and yet still managed to throw 39 touchdowns while posting a 101.5 quarterback rating and leading the Denver Broncos to the playoffs, where they were upended by the Indianapolis Colts in the Divisional Round. As soon as Manning sauntered off the field, speculation immediately began about his future and whether he’d retire.

But he did not. Manning’s return to the Broncos became official in March after he passed a physical and agreed to a $4 million pay cut that made his salary for the upcoming season $15 million.

The five-time MVP seems to have accepted that he’s not quite the same quarterback he once was, but believes he has adapted well, especially in light of reports that he has numbness in the fingertips of his throwing hand, something caused by neck surgeries. Manning says the story — which broke in August — “certainly became a little bigger story than I would have liked.”

“I’m a different quarterback than I was before I was injured,” Manning said. “I had to make adjustments to my new physical state, due to strength issues, tingling sensation issues.”

It of course remains to be seen how a 39-year-old Manning on the back-end of a Hall of Fame career will fare this season under new Broncos head coach Gary Kubiak. But one thing is certain: If Manning does decide to hang it up and retire after the season, he’s making sure there won’t be a farewell tour filled with unwanted pomp and circumstance.