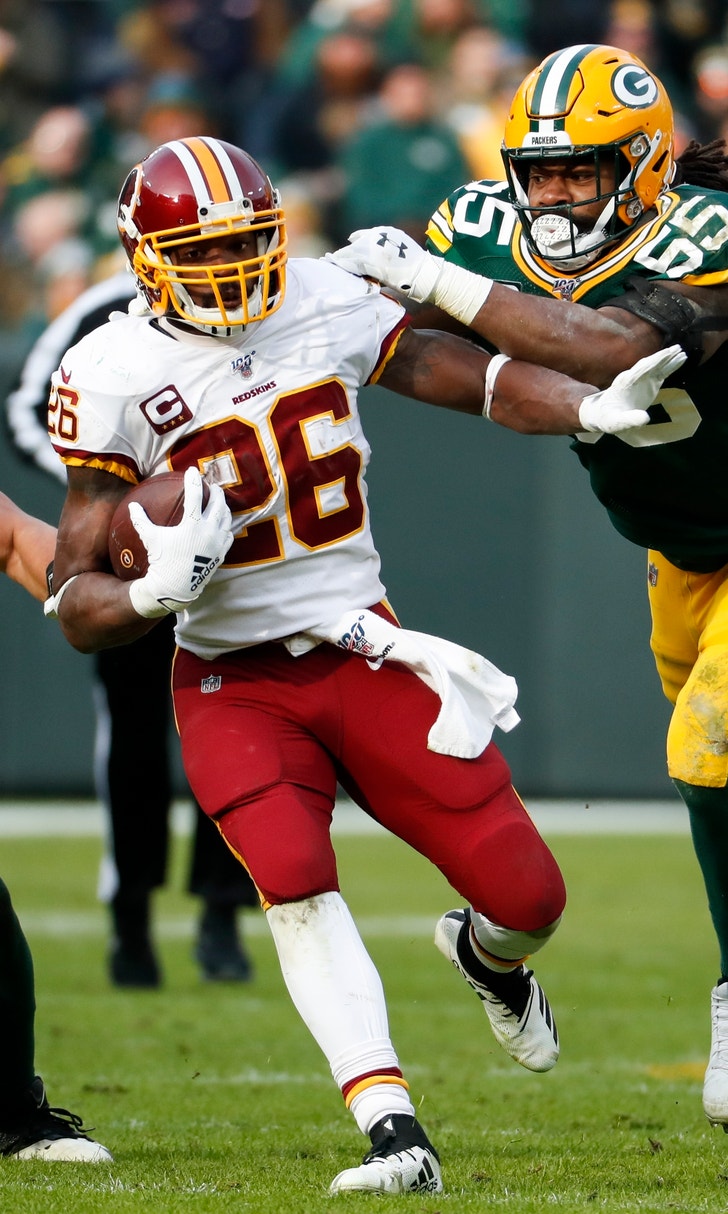 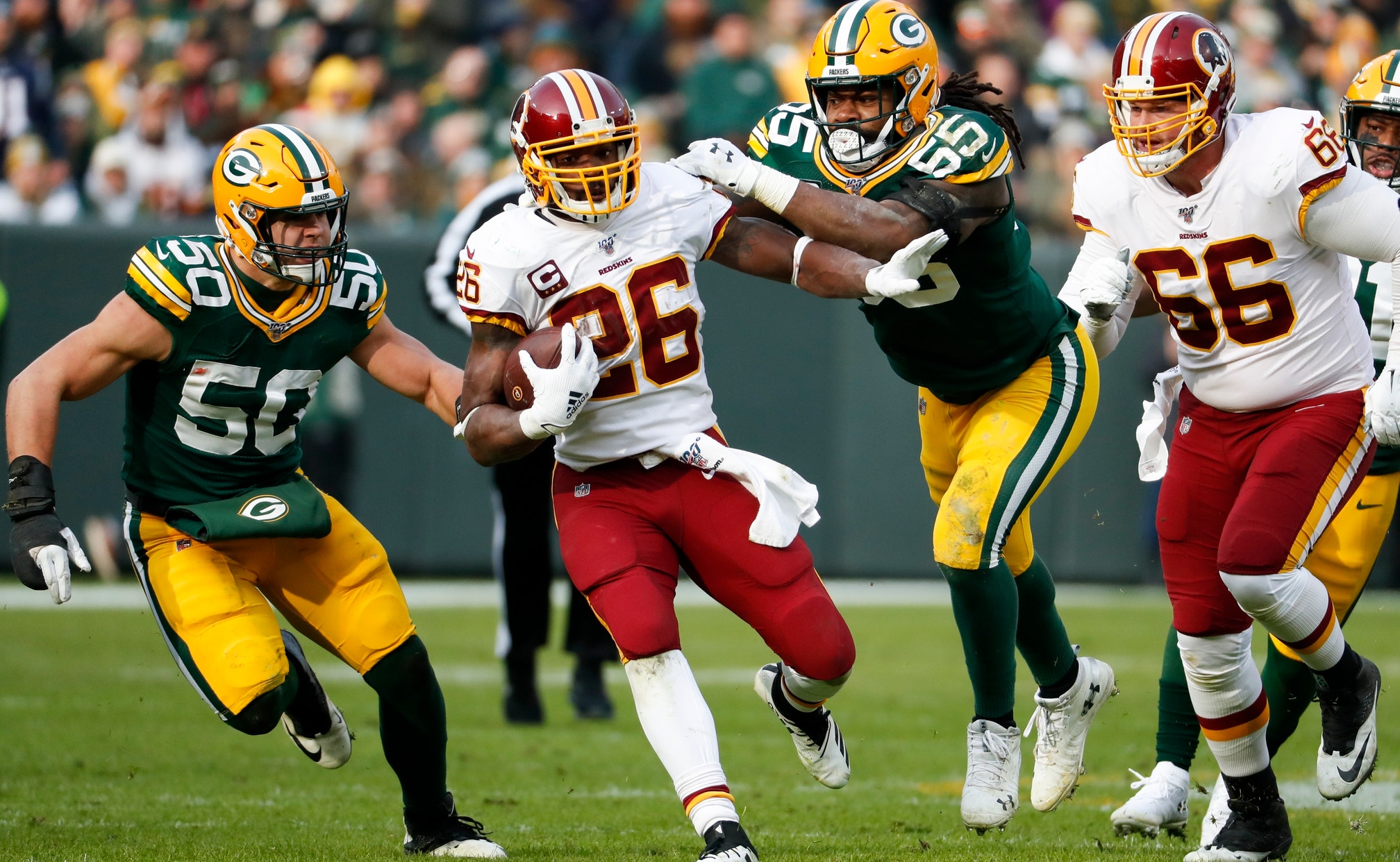 The four-time first-team All-Pro running back became just the sixth back in league history to reach the 14,000-yard mark, running for 76 yards and a score in the Washington Redskins' 20-15 loss to the Green Bay Packers.

“It means a lot, man. It’s history — six guys, I’m one of them," Peterson told The Associated Press. "That kind of speaks for itself, so it’s an amazing feeling, an amazing accomplishment. Wish I could enjoy it more if it was a W tagged onto it, but it’s a spectacular accomplishment. When you look at the group of guys I’m in there with, it’s amazing. It’s a blessing.”

Many of Peterson's yards came against the Packers. The 2012 MVP spent the first 10 seasons of his career with Minnesota, Green Bay's NFC North rival. Packers quarterback Aaron Rodgers, who won one of his MVPs a season before Peterson, on Sunday reflected on those classic matchups.

“He's the best back I've seen in my 15 years," Rodgers said. “Unfortunately, we saw him at times when he was rolling — 2,000 yards — when he was getting 350 carries a season. Dynamic back. His ability when he got in the open field was run away from guys, stiff arm guys, cut, juke, power, speed, great combo. He was damn near unstoppable for a few years. It’s good to see him still going. He still runs the ball really hard, he’s tough.

"A couple times when they were running some of that inside-zone stuff and he’d bounce to the edge, you had some flashbacks of some of those runs he had over the years against us. I have a lot of respect for the durability he’s had. Like I said, I think he’s the most talented guy that I’ve seen in my 15 years.”

For the first time in a long time, the 34-year-old Peterson was thrust into a feature role on Sunday after Derrius Guice left the game with a knee injury after a 23-yard run in the second quarter. Peterson, at one point, turned back the clock on a 13-yard run.

“That’s just the mentality that I have and I’ve been having my entire career,” said Peterson on relishing the opportunity to be the No. 1 back. "I want to be the guy that helps take the team to a championship if you’ve got to rely on being heavy in the run game. That would be our mindset whether I was splitting carries or not.”

Washington's third-string running back, Chris Thompson, who had a game-high seven catches for 43 yards on Sunday, said Peterson inspired him as Thompson was figuring out his identity as a runner.

“It’s huge, and just to be a teammate of his and getting to know him after growing up watching him," Thompson said. "He’s only 5 years older than me, but I remember watching him in college, watching him the whole time he was in the league and he’s been an inspiration to probably ever running back that ever plays football. So, to just be on his team and be able to see it is big. And I enjoy it, because he’s a great dude. He deserves it. The ultimate teammate. I’m just super happy for him.”