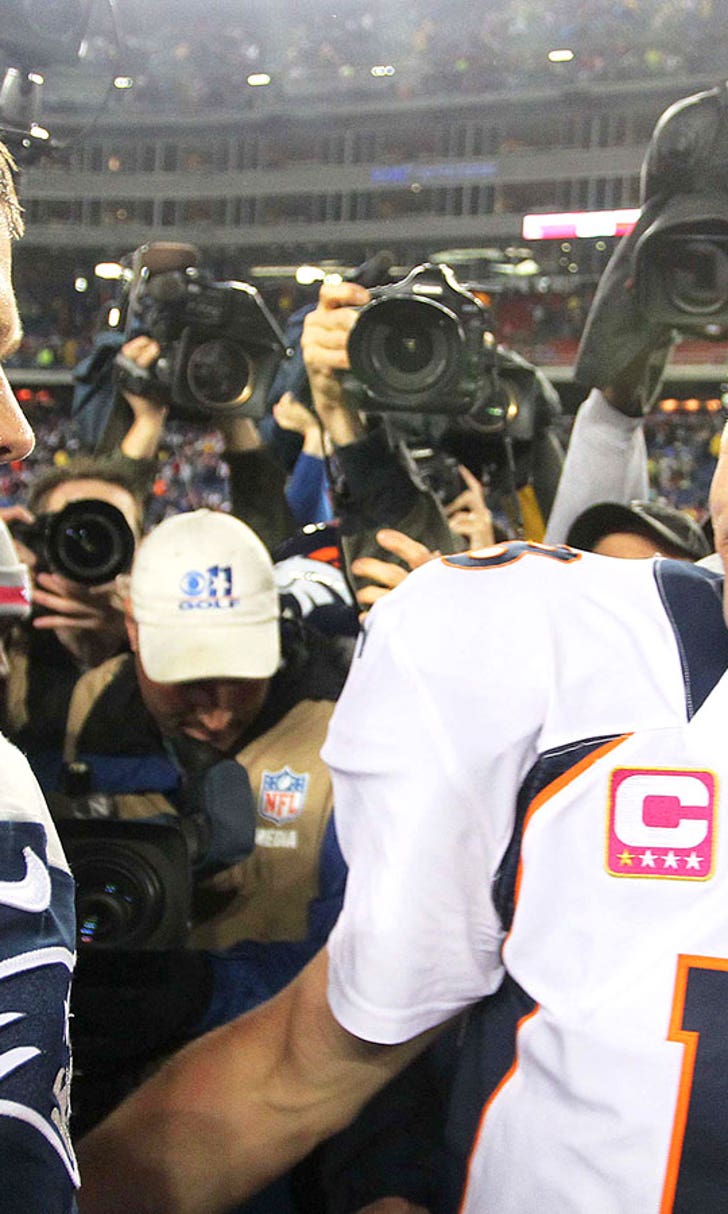 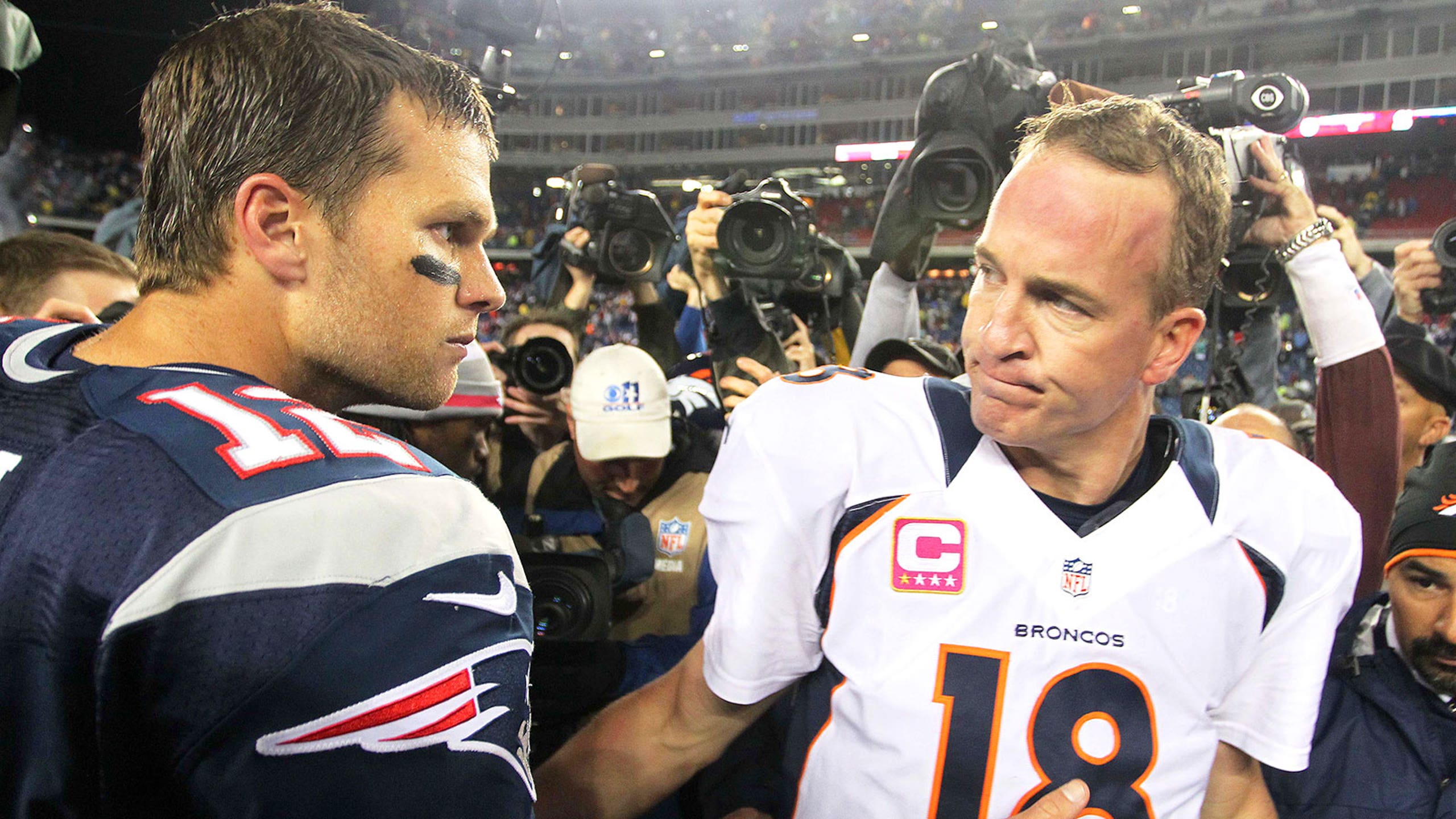 Pats-Broncos could be a perfect matchup, and a tough ticket 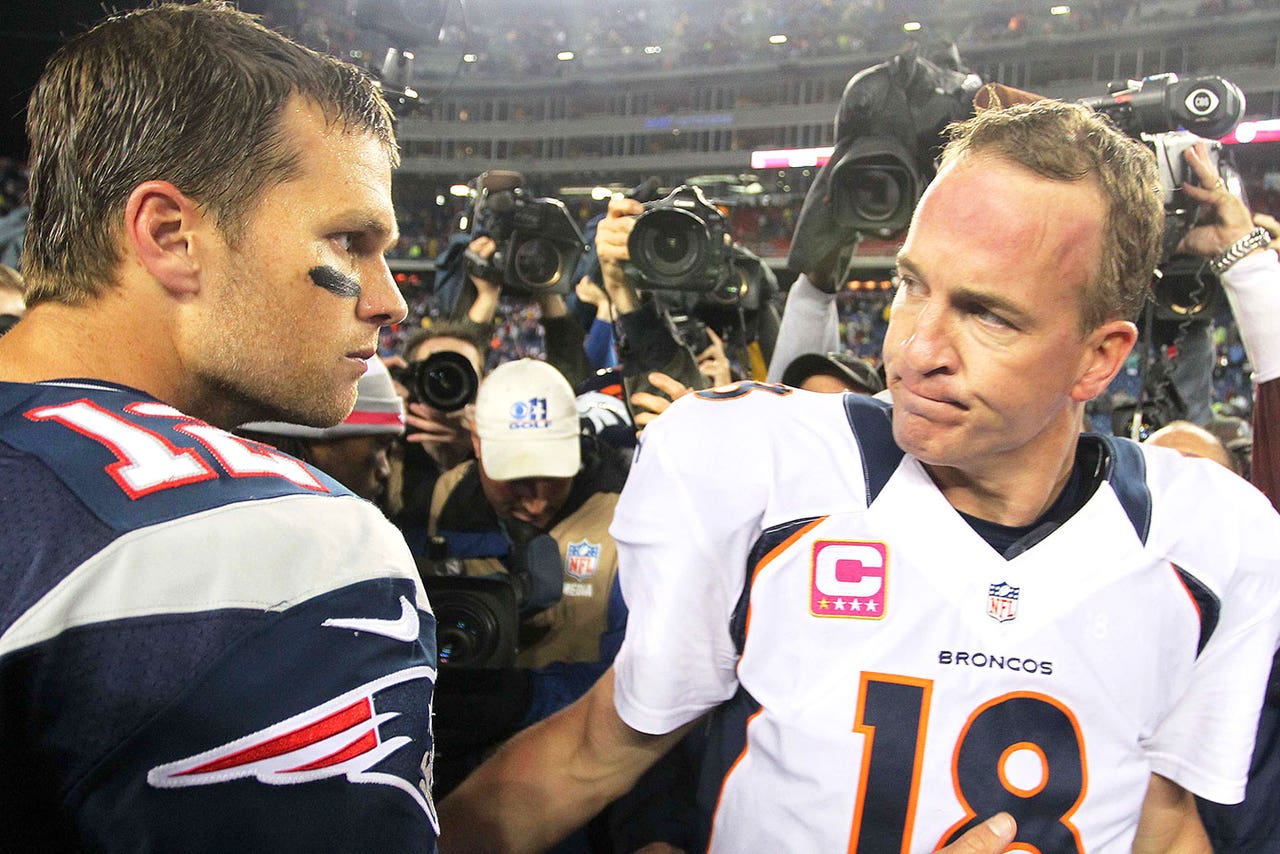 DENVER (AP) The chances of New England and Denver both being 10-0 when they meet later this month: Not such a longshot.

The odds of getting tickets for an historic matchup like that: Start saving now.

The Broncos and Patriots are each 7-0. When they play the Sunday night after Thanksgiving, there's a decent chance they'll be putting dueling ''Perfect 10s'' on the line in an unprecedented NFL matchup.

Betting analyst R.J. Bell of Pregame.com calculated the chances of New England and Denver both winning their next three games (straight up, no point spread) and projected there was a 33 percent chance that they would both be undefeated when they meet on Nov. 29.

Denver's last game, Sunday against Green Bay, marked only the fourth time two teams brought records of 6-0 or better into a regular-season contest.

Jay Kornegay of the Westgate SuperBook, which posts betting lines all season for a few selected ''Games of the Year,'' said he doesn't expect much motion in the point spread for Patriots-Broncos when it is re-posted Tuesday. Before the weekend, the Pats were a 4.5-point favorite against the Broncos and they blasted the Dolphins 36-7.

''Not to take anything away from that Broncos victory, but there's no doubt the Patriots have been more impressive at this point,'' Kornegay said.

Kornegay said the matchup has potential be a record-setter in the sports books for a regular-season game, considering the records that could be involved and because it has no competition for NFL betting dollars on a Sunday night.

Though Cincinnati is very much in the mix, also with a 7-0 record, Denver vs. New England could be for home-field advantage through the playoffs. Denver had it in 2013 and went to the Super Bowl. New England had it last season and won the Super Bowl.

''It's a playoff game in four weeks,'' Kornegay said. ''I know the last thing Broncos fans want is for Denver to have to go out to Foxborough in January.''

Of course, tickets for a game this big will not be cheap. Attendance for Sunday night's Packers game was listed at 77,075, with a grand total of only 32 unused tickets. The average price of a ticket on StubHub was $525, though some midfield club tickets went for as much as $2,438.

''But if both teams go into that game undefeated,'' Papp said, ''then that might get a little more expensive.''

All to be expected for what would be the first meeting of Perfect 10s in NFL history.

Only when the Patriots met Peyton Manning and the Colts in 2007 have two undefeated teams with seven or more wins met.

Speaking of the Colts ... Two of Manning's 13 losses with the Broncos have come to his old team.

''Inconsistent but very capable,'' Kornegay said of this year's Colts, who headed into a Monday nighter against Carolina at 3-4.

Denver is an early 3-point favorite at Indianapolis next Sunday.

Bell's calculations say the Patriots have a 72 percent chance of getting to 10-0 and the Broncos have a 46 percent chance. Kornegay says that barring a drastic injury, both teams will almost certainly be favored in each of their next three games. And yet, it's way too soon to start counting the money. At 2-1, the odds are still against them both being undefeated when they meet.

''You're talking about six games and two different teams and this is the NFL,'' Kornegay said. ''Anything can happen. A couple of unfortunate bounces. It's not an easy task.''