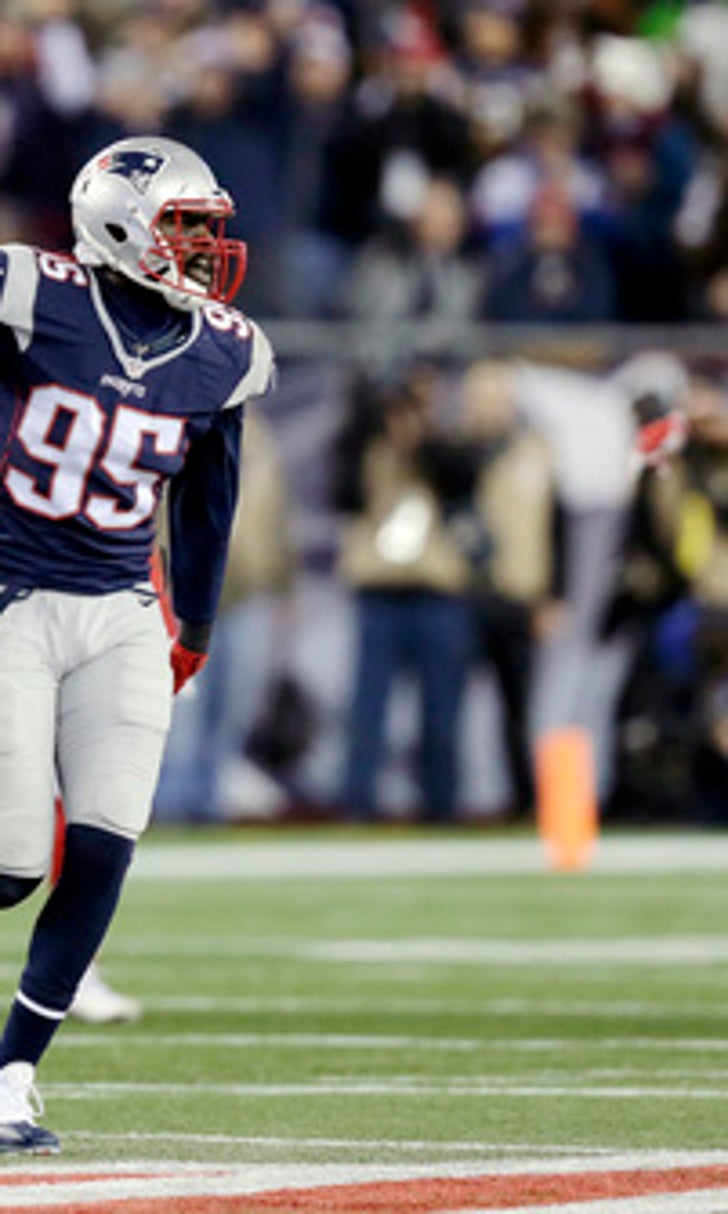 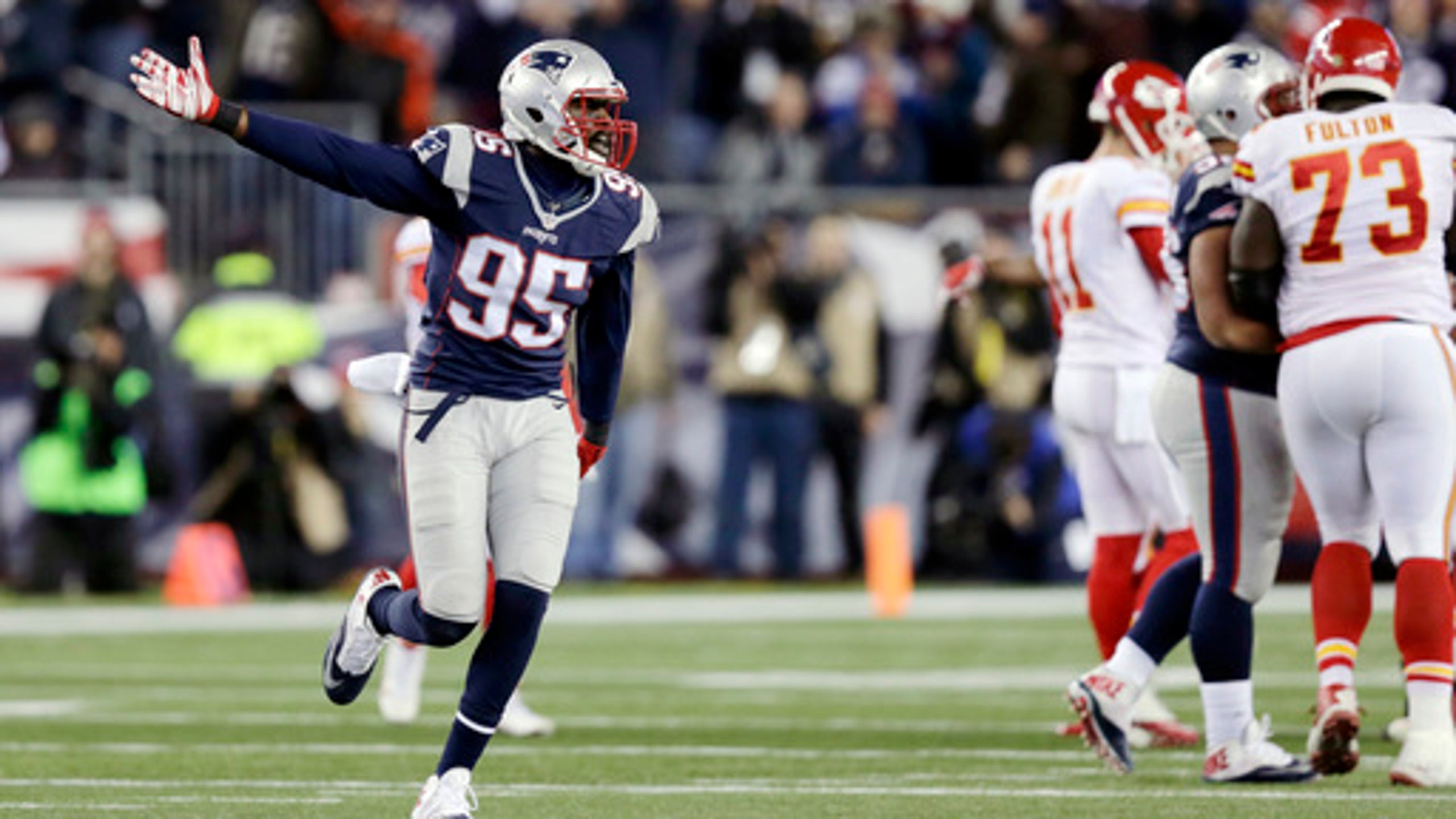 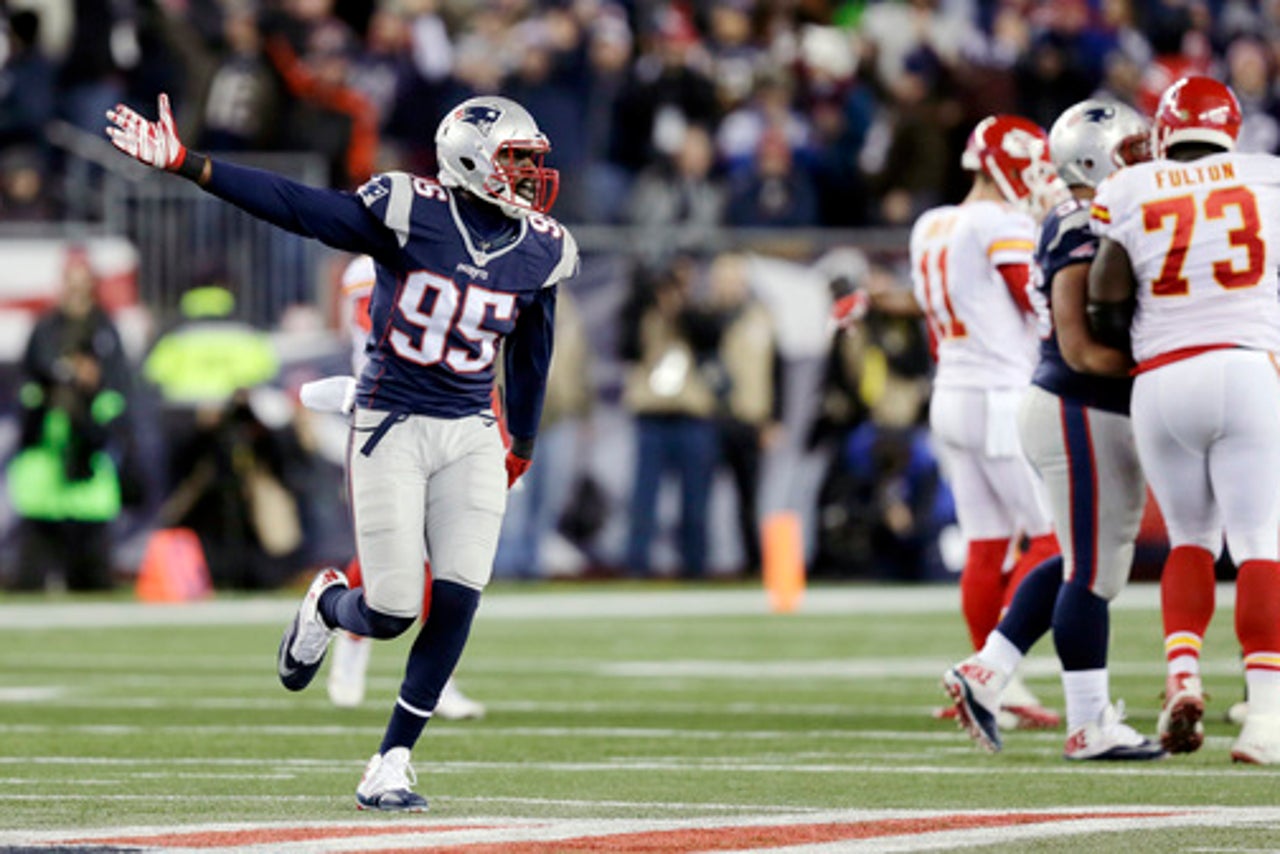 The Cardinals sent guard Jonathan Cooper and a second-round pick in this year's draft to the Patriots in a deal that was pending the two players passing physicals.

The 26-year-old Jones ranked fifth in the NFL last season with a career-best 12 1/2 sacks. Cooper was Arizona's first-round pick, the seventh selection overall, in the 2013 draft.

He missed his rookie season with a broken leg and never reached the level of play the Cardinals had envisioned for him.

A first-round draft pick out of Syracuse - the 21st selection overall - Jones is one of three players who since 2012 have at least 200 tackles, 36 sacks and 10 forced fumbles. The other two are J.J. Watt and Ryan Kerrigan.

The move saves about $5.4 million in cap space for New England and could bolster an offensive line that was battered throughout last season. Two members of its rotation were on injured reserve before Week 6 in 2015, and only once during the regular season did the Patriots start the same offensive line in consecutive games.

It hit a crescendo in the AFC championship game when Brady was sacked four times.

The trade gives New England consecutive picks late in the second round of the draft. The Patriots don't have a first-round pick.

Cardinals general manager Steve Keim had identified improving the pass rush off the edge as his No. 1 priority for a team that expects to contend again for a Super Bowl berth.

He seems to have what he wanted.

Jones played in 55 games in four seasons for New England, 52 as a starter, with 36 sacks, 217 tackles, 10 forced fumbles and one interception. He played in nine postseason games with two sacks and 18 tackles.

''Want to thank the (at)Patriots, the Kraft family, and all of Pats Nation for making my time in New England so special,'' Jones said on his Twitter account Tuesday.

''Arizona here I come,'' it said, accompanied by a photo of University of Phoenix Stadium.

Dwight Freeney, 35 at the time, joined the Cardinals five games into last season and led the team in sacks with eight.

Two of the leaders of the Arizona defense, defensive tackle Calais Campbell and cornerback Patrick Peterson, sent tweets expressing elation with the trade.

Jones, 6-foot-5 and 265 pounds, is in the fifth and final year of his contract although the Cardinals would have the option of placing the franchise tag on him next season if they don't sign him to an extension.

Jones was involved in a bizarre incident last Jan. 10, showing up disoriented at the back door of a police station about 7:40 a.m., dropping to his knees and putting his hands behind his head.

He was not arrested or disciplined by the team, and later apologized for what he called ''a pretty stupid mistake.''

Cooper started the first 10 games last season, but injured his knee and lost his job to Ted Larsen. When asked why Cooper, when healthy, wasn't back in the lineup, coach Bruce Arians said simply that Larsen was playing better.

The trade leaves Arizona with more uncertainty on the right side of its line since Larsen is gone. Last year's starting right tackle Bobby Massie has signed a free agent contract with Chicago. Arians has said he expects D.J. Humphries, Arizona's first-round draft pick in 2015, to move into that spot. Humphries did not play at all last season.

The Cardinals also will have a new center since Lyle Sendlein will not be re-signed.

Members Only
How far would a win over Tom Brady go toward cementing Aaron Rodgers' legacy? Skip and Shannon have differing opinions.
6 hours ago

Playing Catch-Up
Lamar Jackson and the Ravens crashed out of the playoffs again. Is a true No. 1 receiver the answer to their postseason woes?
10 hours ago

Tom vs. Time: The Ultimate Mismatch
At age 43, Tom Brady continues to defy the doubters, upending conventional logic and, yes, hunting yet another Super Bowl.
20 hours ago

Lifting Their Voices
On Martin Luther King Jr. Day, Bubba Wallace and other athletes reflected on using their platforms for social justice.
23 hours ago
those were the latest stories
Want to see more?
View All Stories
Fox Sports™ and © 2021 Fox Media LLC and Fox Sports Interactive Media, LLC. All rights reserved. Use of this website (including any and all parts and components) constitutes your acceptance of these Terms of Use and Updated Privacy Policy. Advertising Choices. Do Not Sell my Personal Info