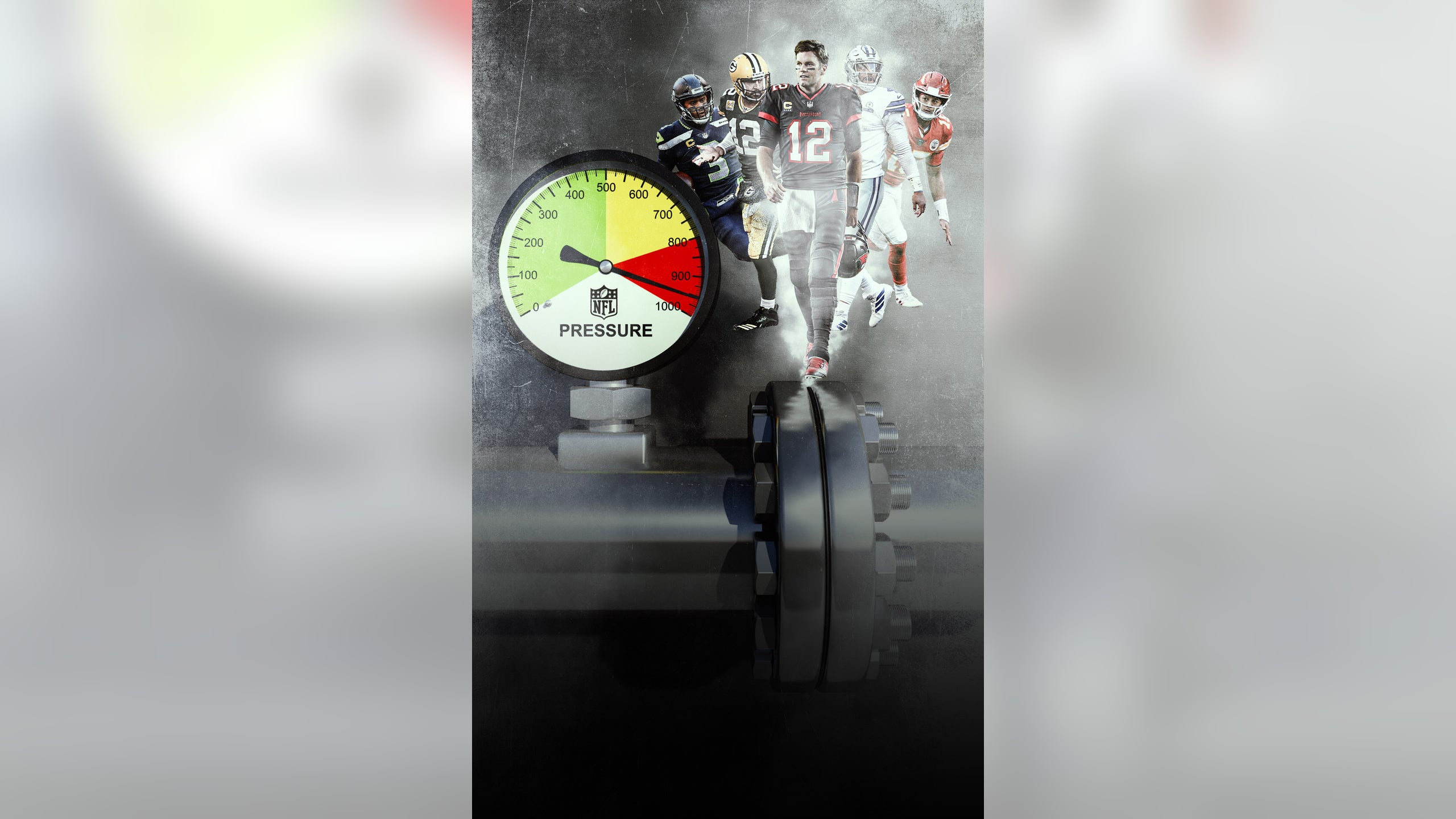 Mahomes, Rodgers, Wilson or Prescott: Who faces the most pressure in 2021?

To whom much is given, much is expected.

That might as well be the mission statement for NFL starting quarterbacks, seeing as how they are tasked with leading their teams week in and week out.

The men under center annually face an immense amount of pressure to produce. And when a 43-year-old Tom Brady is fresh off his seventh Super Bowl victory – with a brand-new team, even – the pressure on the rest of the field gets turned up a notch.

Which quarterbacks will be feeling the most heat next season?

The "First Things First" crew debated who has the most to prove among four in particular: Dak Prescott, Patrick Mahomes, Russell Wilson and Aaron Rodgers.

In four full seasons as the starting quarterback, Prescott has won at least eight games every season, winning the NFC East twice and guiding the Dallas Cowboys to two NFC divisional-round games.

But that has not been enough for him to secure a long-term deal with the franchise, at least not the one he's looking for.

He's also coming off a season in which he played only five games before going down with a season-ending ankle injury.

The combined factors of an uncertain future in Dallas, as well as the long layoff, will make Prescott a quarterback to keep an eye on in 2021.

Besides Brady, there might not be a better model of consistency as a starter than Mahomes over the past three seasons.

In that period, he has appeared in two Super Bowls, won an MVP award, won an Offensive Player of the Year award and won a Super Bowl MVP.

But for the first time in his young yet dominant career, Mahomes will face scrutiny after being shut out of the end zone in Super Bowl LV – the first start of his NFL career in which he did not throw a touchdown pass.

How he and the Chiefs bounce back will be one of the major storylines of the 2021 season.

It might sound odd to say that a quarterback who has won 98 games in nine seasons, including a Super Bowl, is under the most pressure. But that is the situation that Wilson arguably has put himself in.

After throwing 28 touchdown passes with only eight interceptions in the first eight weeks of the 2020 season, Wilson mustered only 12 touchdown passes in the ensuing eight weeks. And he recently put pressure on the Seattle Seahawks to bolster their offensive line.

It has been seven years since the Seahawks won a Super Bowl and six since their most recent appearance. For them to get back to the big game, they will need better protection for their franchise quarterback.

But if they do improve the line, Wilson better perform — because people will be watching.

"We all talk about how Aaron Rodgers is arguably the greatest thrower of the football we have ever seen, right? Then why has he only been to one Super Bowl? And he hasn't been to one in a decade." – Chris Broussard

For this year's league MVP, it is quite simple: Get back to the championship game.

Rodgers is one of the greatest quarterbacks the NFL has ever seen, and he is fresh off of a season in which he threw 48 touchdown passes and only five interceptions. But he hasn't been to the Super Bowl since 2011, when he claimed his only championship ring.

With Brady now in the NFC – having beaten the Packers on the way to winning the Super Bowl in his first season in the conference – the pressure is squarely on Rodgers' shoulders to get over the hump in 2021.

Watch the full video from "First Things First" below!

Visions of greatness?
Some think New England has the chance to snag a QB reminiscent of a former Patriots legend with the No. 15 pick in the NFL Draft.
48 mins ago