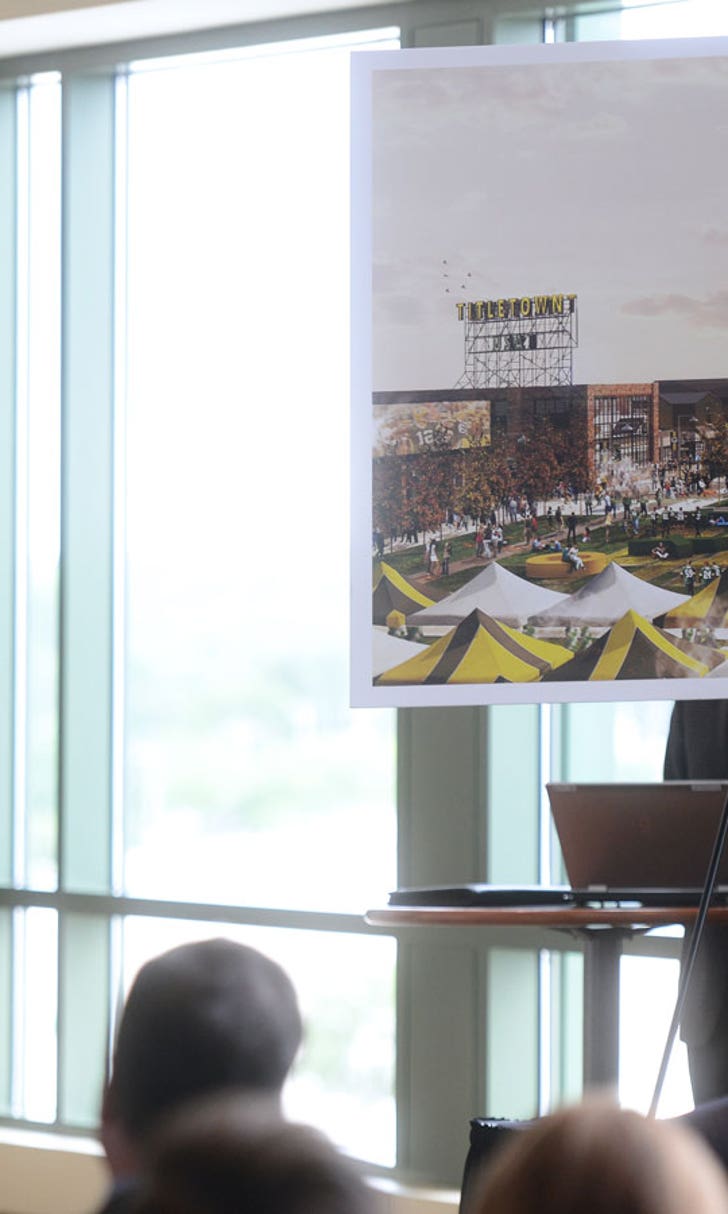 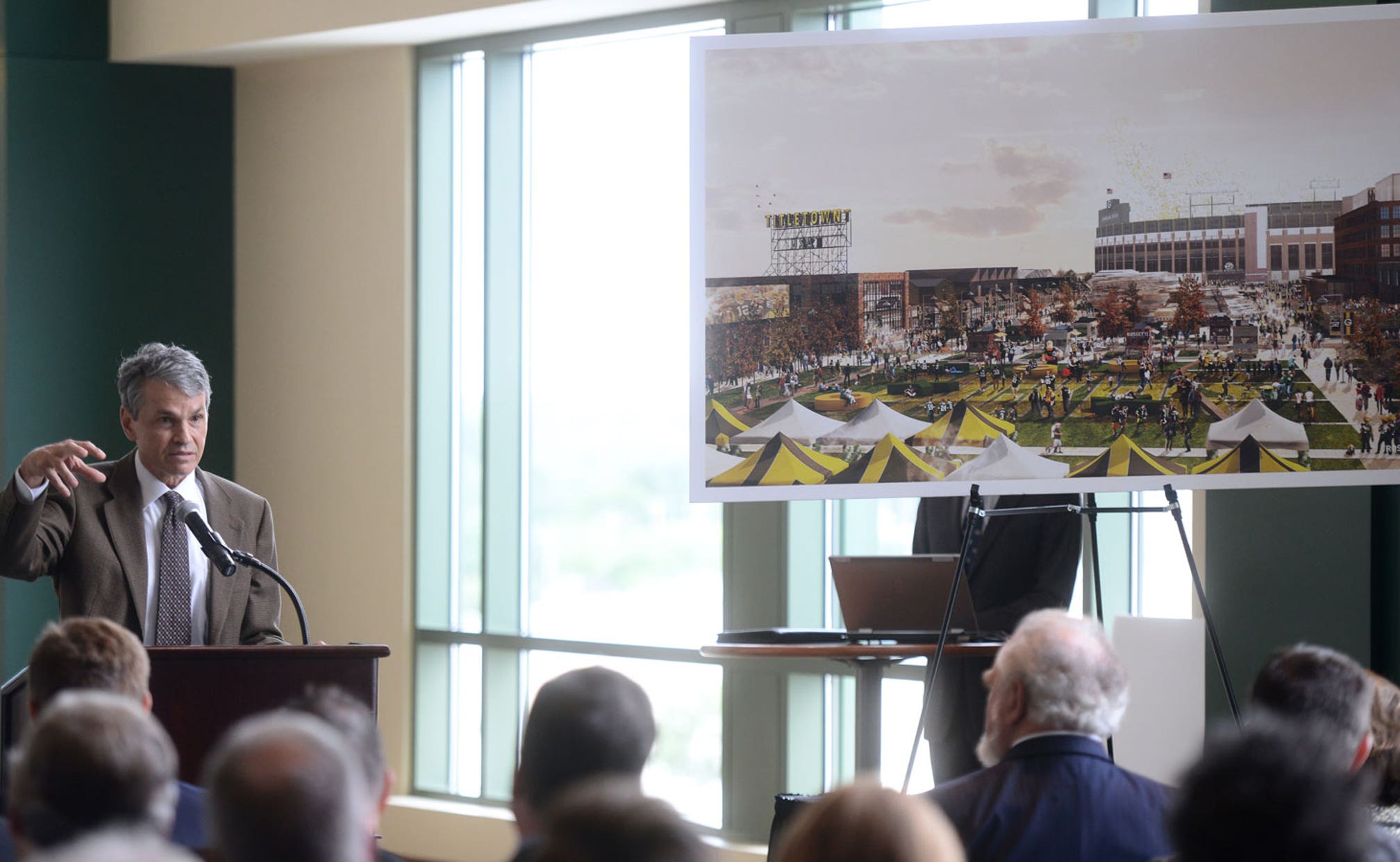 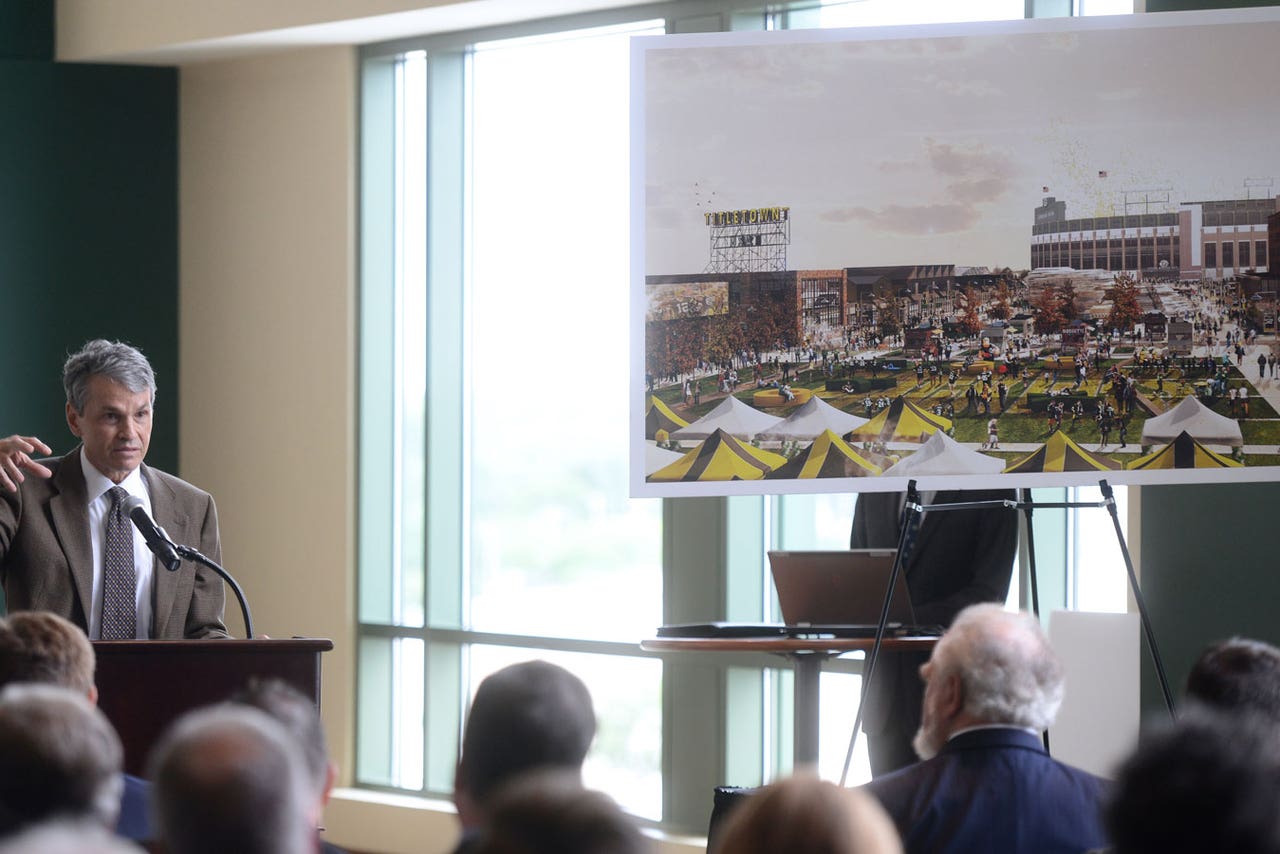 GREEN BAY, Wis. -- The Packers unveiled plans Thursday for a new business district west of Lambeau Field, a development that will feature a four-star hotel, brewery and restaurant, and a 10-acre public plaza.

It has been dubbed the ''Titletown District,'' borrowing on the nickname assigned to Green Bay for being home of the 13-time world champion Packers.

Curly Lambeau was a man of vision, but even he couldn’t possibly have seen this coming: http://t.co/Fuj64lBukv pic.twitter.com/bxpPA6cq00

The Packers said they would invest about $65 million into the project. When adding in estimates from other organizations involved, the total initial investment could be as much as $130 million.

Packers president Mark Murphy said the team doesn't plan to seek public money for the project, though it might look into some tax credits normally associated with such developments.

''We continue to build on Lambeau Field as a destination, and to bolster economic development in the area,'' Murphy said at a news conference at Lambeau Field.

''And with the way we continue to acquire land around Lambeau Field, we continue to have an eye on the future and trying to further regional economic development in this area.''

Like other NFL teams, the Packers are flush with cash, bolstered in part by the windfall from the league's massive broadcasting deals. The Packers last month reported that revenue from the 2015 fiscal year topped $375 million, up 16 percent from the previous year.

The perennial NFC contender has a national fan base and one of the league's most popular players in MVP quarterback Aaron Rodgers.

But they're unique from the 31 other NFL franchises in that they are a publicly owned team in the league's smallest market. That creates bonds with the community that most NFL towns don't have with their teams.

Plans for the plaza call for a ''park-like setting'' with year-round programming including fitness-related activities and cultural opportunities. There would be an ice-skating rink in the winter.

Future phases of the project could include residential buildings. Groundbreaking will likely start this fall with the goal of completing the project by fall 2017.

''Now as I look to the future, developing Titletown is an important factor to further (the) game day experience for our fans, which will always continue to be priority,'' Murphy said.

But the driving force, he said, was to make sure the space was used year-round by the community as it evolved into an ''authentic Wisconsin neighborhood.''

The Titletown district has been in the planning stages for years as the team bought up land. Thursday's announcement ended months of speculation.

Herbert Kohler Jr., chairman of Kohler, said signing up for Titletown was ''almost a no-brainer.''

''This is the first time for the Packers, a big development district like this,'' Kohler said. ''So they're new to the game, and we knew we would have to design a special hotel for this particular location.''

Anchored by Lambeau Field to the east, the district already has a tenant to the far west with a Cabela's retail store.

A similar commercial district is near the New England Patriots' home in Foxborough, Massachusetts, called Patriot Place. Murphy said Titletown would be different because it would include residences and the public plaza.