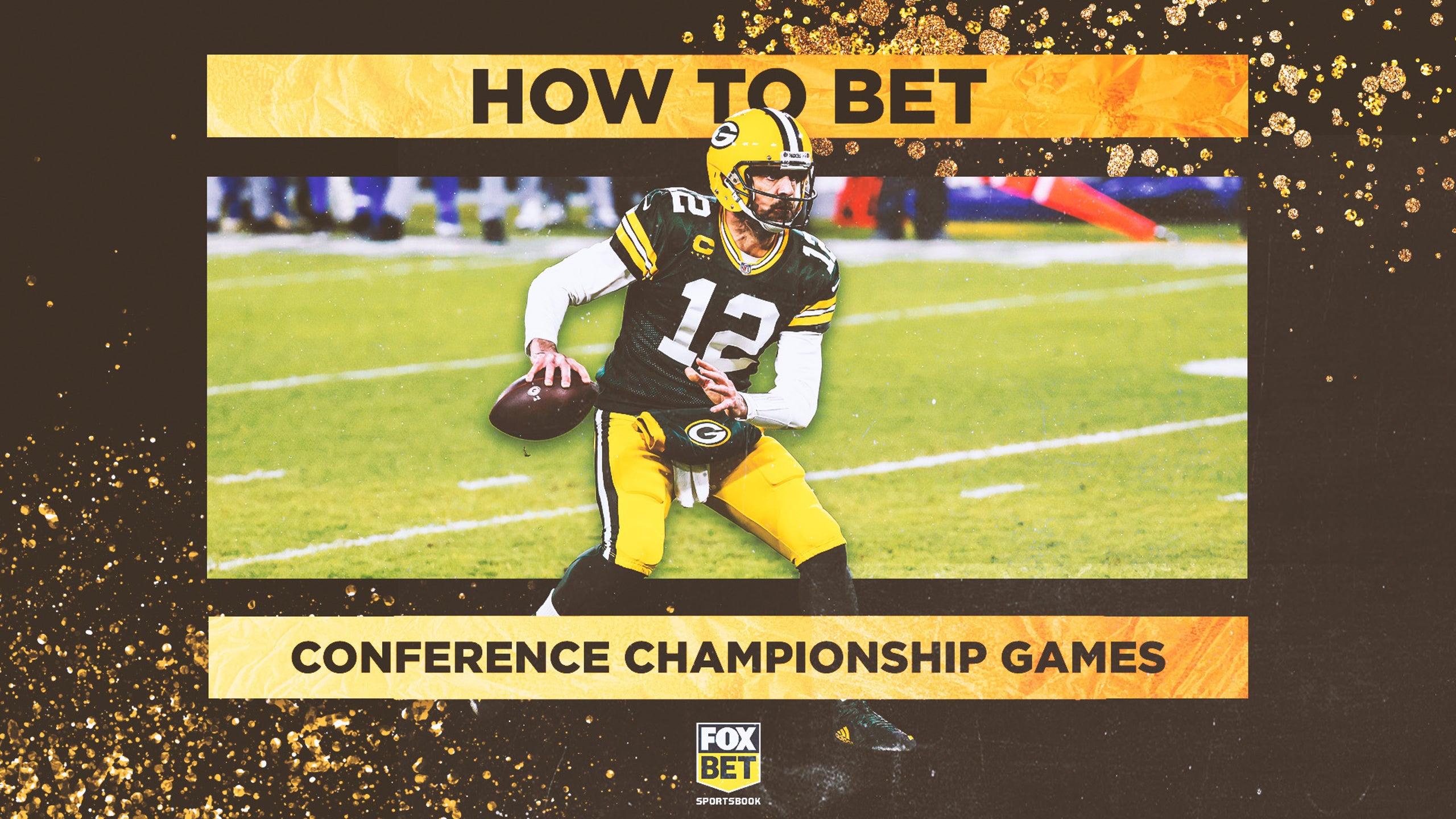 "Two For The Money" is a good movie, not a great one, but it’s certainly a classic gambling film – somewhere behind "Rounders," which everyone should agree is No. 1.

In "Two For The Money," Matthew McConaughey starts working for Al Pacino selling football picks on a TV show, and he delivers a pretty memorable speech, even if it contains one comical falsehood.

"... every QB knows the secret, the key to victory, is anticipation. The ability to see the future and react to it, that is what I do, and that is the truth. For over one year, I have been picking 80 percent winners. Unbelievable? Used to be. I know the leagues, I know the teams, I know the players, I know this wonderful game called football ..."

Once you stop laughing at the "80 percent winners" line – 57 percent is considered very successful. Sure, you could have a season in which you hit 60 or 65 percent, but 80? Ha! Anyone who bets on the NFL can relate. Hell, two of my losers last weekend apply.

I’ll go into the offseason confident I was on the right side of Saints -3 vs Tampa Bay. Drew Brees hadn’t thrown three interceptions in a game since December 2016. He’d never thrown three in a playoff game. So what happened? He tossed three on his side of the field against the Bucs, and Jared Cook fumbled in Tampa territory with the Saints leading 20-13 in the third quarter. Wonderful game called football, am I right?

The Ravens outgained the Bills in yards, and that’s true even if you strip away the final two drives by backup QB Tyler Huntley. In the first half, Baltimore drove inside the Buffalo 30-yard line three times ... and came away with three points. One of the most accurate kickers in the history of the sport, Justin Tucker, hit the upright twice.

Despite all that, down 10-3, the Ravens were going to get a field goal or a touchdown before Lamar Jackson’s third-down pass went 101 yards the other way for a pick-six, and the Ravens went from being in the game and having a chance to cover (or win) to being toast.

Yes, Matthew McConaughey, the key to NFL winners is anticipation and the ability to see the future. I loved the handicap of those two games last weekend, and both were going in the right direction. I’d bet both sides again. But no, I’m not bitter. Not at all. Let’s see if the ball bounces our way this week (with all odds via FOX Bet).

Going with the two home favorites qualifies as square, or chalky, or whatever other derisive word you want to use. Nevertheless, it’s the play on the board that carries the least risk.

Ignore the Packers' failing to cover three times at home this season – Aaron Rodgers is 27-12-1 as a home favorite of less than a touchdown in his career. Less than a month ago, the Packers were only -3 at home against Tennessee. The Packers rolled 40-14 in the snow.

Does the market right now have this Tampa team and that Tennessee squad equal? Can’t be possible. This will be the third straight road game for Tampa — and fifth in six weeks. The Bucs were fortunate Drew Brees threw three interceptions in his own end last week and Cook fumbled in Tampa territory up by a TD in the third quarter. If the Packers don’t lose the turnover battle by four on Sunday, they win.

If forced to pick an underdog, I would lean to the Bills (if there are any +4’s in the market), but that's mostly due to uncertainty surrounding Patrick Mahomes and his toe situation. His running was instrumental in last year’s postseason run – two touchdown runs in three games.

The public will come in on the Bills, who have covered in seven of eight games and are one of the hottest teams in the NFL. Buffalo has benefitted from red zone luck defensively in the past two games, with the Colts and Browns combining to go 2-for-8. If you stretch it to the Buffalo 30-yard line, the Bills' playoff opponents have three missed field goals and four turnovers in 11 trips.

Because the Chiefs have been so poor against the spread – 0-8-1 in their past nine – it’s almost as if we’ve forgotten they lost only one game Mahomes started this season, and that was when they blew a 21-10 lead against the Raiders. Mahomes is 24-1 in his past 25 games. Andy Reid’s Chiefs have gotten to the red zone 43 times in the playoffs; 41 of those drives have resulted in points.

As long as Mahomes is fully healthy, Kansas City heads back to the Super Bowl.

I’m not a trend bettor, but historically, conference championships in the past 18 years have gone over (22-12-2). As explained above, the Bills' defensive good fortune in the red zone cannot continue. The Chiefs haven’t had problems scoring; they’ve struggled the past two-plus months to put away teams that a.) they were big favorites against and b.) they led by double digits.

Part of the reason the public is reluctant to back the Chiefs here is they haven’t delivered on totals, either. On games that closed with a total points over/under of 54 or higher this season, the Chiefs were 3-5 on the over.

One thing gives me pause. The Bills haven’t trailed in the second half since the Hail Murray game. That’s more than two months of always leading after halftime. Two months of no pressure. It’s easy to throw the ball when you’re always ahead, but how will Josh Allen and the Bills' offense handle adversity in a playoff game?

Bruce Arians had made it clear through two playoff games: He wants to establish the run and trust his defense, even if it irks the analytics guys to no end.

The modern NFL says you should throw on early downs to put yourself in advantageous situations on third down or not even have to get to third down. Last week against the Saints, Arians ran on 30 of 51 first- or second-down plays.

Fournette has been the biggest beneficiary, with his two biggest workloads of the season coming in the playoff games, but he's not alone. Ronald Jones missed one game due to injury, and his return pushed Tampa even more toward running, as the Bucs gave off a thunder (Fournette) and lightning (Jones) vibe versus the Saints.

Packers defensive coordinator Mike Pettine favors playing more defensive backs and often trots out only two linebackers (only two played more than 200 snaps this season) — and sometimes just one. The Bucs, as long as they don’t fall behind big early, will be running early and often.

MVS is feast or famine. In his 15 games this season, five resulted in him having zero or one receptions. But on his 37 receptions this season, he’s averaging 19.5 yards per catch. Ten of his 37 catches have been explosive plays of 20-plus yards. He’s going to hit a home run, or he’s striking out.

Tampa sent the second-most blitzes in the NFL this season, behind Baltimore. Rodgers was ill-prepared in the first meeting and had one of the worst games of his career. The Tampa defense played 61 percent man defense last week against the Saints, not fearful of the arm of 42-year old Drew Brees.

They’ll likely go back to zone – which has given Rodgers problems, historically – but the Packers are fully healthy this time. Allen Lazard missed the earlier meeting; Davante Adams was playing his first game in 29 days. There are too many weapons for the Bucs to contain. The projection here is MVS hits at least one splash play.

Visions of greatness?
Some think New England has the chance to snag a QB reminiscent of a former Patriots legend with the No. 15 pick in the NFL Draft.
18 hours ago

Dak's Demands
The latest update in the Dak Prescott contract saga is that the Cowboys QB is chasing Patrick Mahomes in more ways than one.
22 hours ago