WHAT TO WATCH FOR: The Patriots have won 19 consecutive regular-season games at Gillette Stadium, but their 32nd-ranked defense is facing a Dallas team that has a finally healthy receiving corps in Miles Austin, Dez Bryant and TE Jason Witten. Look for the Pats to try to knock Witten at the line of scrimmage and off his routes. The Cowboys have had two weeks to prepare for this game and believe that QB Tony Romo, whose broken rib is feeling better, will have plenty of time to throw against a New England defense devoid of a pass rush. Romo will still wear his Kevlar vest to protect his ribs and again take a pain-killing injection.

The Patriots have gone 13 straight games with scoring 30 points or more. The last time they didn’t was in Cleveland last season when current Cowboys defensive coordinator Rob Ryan was running the show. Ryan changed his defensive look on every possession, thoroughly confusing Tom Brady. One would expect Ryan to give Brady a lot of different looks and force him into mistakes. Brady is averaging 374.8 passing yards a game and has already thrown for 14 touchdowns. Dallas nickel back Orlando Scandrick will have the major responsibility against WR Wes Welker. RB BenJarvus Green-Ellis has a toe injury that could slow him, but the Patriots have been running well lately and Green-Ellis has five rushing touchdowns.

CZAR’S SCOOP: Undoubtedly the funniest situations of the week regarding Dallas defensive coordinator Rob Ryan was his unwillingness to compare Wes Welker to the Cowboys’ receivers. Last time, he got heat from Lions coach Jim Schwartz after saying Calvin Johnson would be the third-best receiver on the Cowboys.

Welker, who has 740 receiving yards, is on pace to break Jerry Rice’s single-season yardage record of 1,848. Welker is in the final year of his contract and says he wants to remain in New England. “Of course, I want to stay here, but as of right now I’m not really thinking about my contract.”

A series of concussions forced the Patriots to place DL Mike Wright on IR this week. With Cowboys K David Buehler out, the Patriots will have a chance at returning kickoffs.

WHAT TO WATCH FOR: Oddly, these teams have split 10 games ever since Sean Payton became the New Orleans coach. Saints QB Drew Brees has thrown for over 350 yards in three straight games and could be the first NFL quarterback ever to do it in four straight. Brees has been phenomenal on third down, completing 77.8 percent of his attempts for 566 yards and seven touchdowns. The Saints’ running back trio of Mark Ingram, Pierre Thomas and Darren Sproles has been very effective while combining for 555 yards.

The Bucs were whipped by the 49ers last week and will have Earnest Graham starting for injured LeGarrette Blount, which is a plus for the Saints. Also, the Bucs will be minus DT Gerald McCoy, but safety Tanard Jackson will play and might start, his first football action in 56 weeks after being suspended by Roger Goodell. The Bucs will try rookie Da’Quan Bowers at DT on passing downs.

CZAR’S SCOOP: The Bucs are giving up another home game — they can’t sell out — to play in London next week against the Bears. They will leave Monday for England.

Brees has agreed to serve as the US National Ambassador Against Hunger for the United Nations World Food Program, it was announced this week. Brees and his wife, Brittany, are lending names to an initiative to provide life-saving assistance in the Horn of Africa. Because of their severe drought, more than 13 million people in the Horn are in need of assistance — which Brees saw during a USO Tour.

Saints center Olin Kreutz returns to the starting lineup after injuring a knee. Also, the Saints’ receiving corps is healthy, including Devery Henderson. Bucs WR Mike Williams, who has only one touchdown catch, admits he’s been playing terribly this season after an impressive rookie season when he led the Bucs with 11 touchdown catches. He has four drops in his past three games.

Buffalo at NY Giants, 1 p.m. ET: This won’t be an easy game for the Giants, who are coming off a horrible loss to Seattle when the offense self-destructed in the fourth quarter. The Bills have been great at forcing turnovers (plus-11 turnover differential) and QB Ryan Fitzpatrick has been converting 75 percent of his red-zone visits into touchdowns. But the Bills keep losing receivers. They will be minus WR Donald Jones (high ankle sprain) for 4-6 weeks. The Giants, who will be minus DE Justin Tuck once again, must key on Bills RB Fred Jackson and keep Stevie Johnson double-covered. With pass rushers Chris Kelsay and Shawne Merriman out, Eli Manning should have time to go deep to WRs Hakeem Nicks and Victor Cruz.

Indianapolis at Cincinnati, 1 p.m. ET: The Bengals continue to be the NFL’s top defense, allowing only 279.6 yards a game, and face another winless quarterback in Curtis Painter. Painter has the arm to go deep, and he has receivers like Reggie Wayne and Pierre Garcon to go and get them. The biggest problem is Painter's' protection. He is always under duress. On the flip side, Bengals rookie QB Andy Dalton seeks his third consecutive win, and his battery mate, rookie WR A.J. Green, has 208 yards receiving in those past two games. Cedric Benson is starting to hit his stride with 402 yards rushing. The trade deadline is Tuesday, and still no Carson Palmer rumors. It does make sense, though, for him to report in Week 10 and thus get in an accrued season if he really wants to play in the NFL again.

Jacksonville at Pittsburgh, 1 p.m. ET: The Steelers and QB Ben Roethlisberger got untracked last Sunday by bombing Tennessee, and now they face a rookie QB, Blaine Gabbert. But the key to the Jaguars is RB Maurice Jones-Drew, who has been double trouble for opposing defenses. Jones-Drew needs 110 scrimmage yards to reach 8,000 for his career. It really hurts Gabbert that he doesn’t have a speed receiver to bust the Steelers’ zone defense. He has thrown a touchdown in every game, but Gabbert has struggled with his accuracy. This stat might not mean much (especially to Pittsburgh coach Mike Tomlin), but the Jaguars have won four straight in Pittsburgh, including Jack Del Rio’s only playoff win.

Cleveland at Oakland, 4:05 p.m. ET: The Raiders lead the NFL with nine rushing touchdowns and the Browns should brace for a heavy dose of Darren McFadden and Michael Bush in Oakland's first home game to honor late owner Al Davis. Former coach John Madden plans to sit in the Davis luxury suite today in his familiar chair. Oakland’s front seven figures to be too much for Browns QB Colt McCoy. Raiders QB Jason Campbell is finally benefitting from the likes of WRs Darrius Heyward-Bey and Denarius Moore and might get Louis Murphy back for this game.

Houston at Baltimore, 4:05 p.m. ET: The Ravens are 3-0 under John Harbaugh coming off a bye. Plus, Texans QB Matt Schaub has a sore throwing shoulder and is minus Pro Bowl receiver Andre Johnson. Ex-Jets WR Derrick Mason could be some help. Schaub is coming off a careless game against the Raiders when he missed a chance to win the game by throwing an end-zone interception. Oakland had only 10 defenders on the field at the time. The Texans lead the NFL with 15 sacks but just lost star DE Mario Williams for the season. The Ravens, who simply need to protect the ball and QB Joe Flacco, beat Houston in overtime last season.

Minnesota at Chicago, 8:20 p.m. ET: Four years ago, almost to the day, Adrian Peterson had his coming-out party against the Bears, rushing for 224 yards on 20 carries and three touchdowns. He also returned four kickoffs for 128 yards that day. The Bears have been struggling on defense and might not have DE Julius Peppers (MCL knee strain), and their offensive line is having major problems protecting Jay Cutler. Chicago’s Lance Louis will start at RT. Minnesota’s Jared Allen and Brian Robison have combined for 13 sacks, but they'd better be concerned with RB Matt Forte out of the backfield. Forte leads the NFL with 785 scrimmage yards.

Flipping The Switch
The Chiefs struggled against the spread to close the season. But the playoffs are an entirely different ballgame, Sammy P writes.
5 hours ago

The Long Run
Lamar Jackson is poised for a hefty contract extension with the Ravens. But can they go the distance with his style of play?
6 hours ago

NFL Mock Draft 6.0
With the Super Bowl fast approaching and the combine next on the NFL calendar, check out Jason McIntyre's latest Mock Draft.
8 hours ago 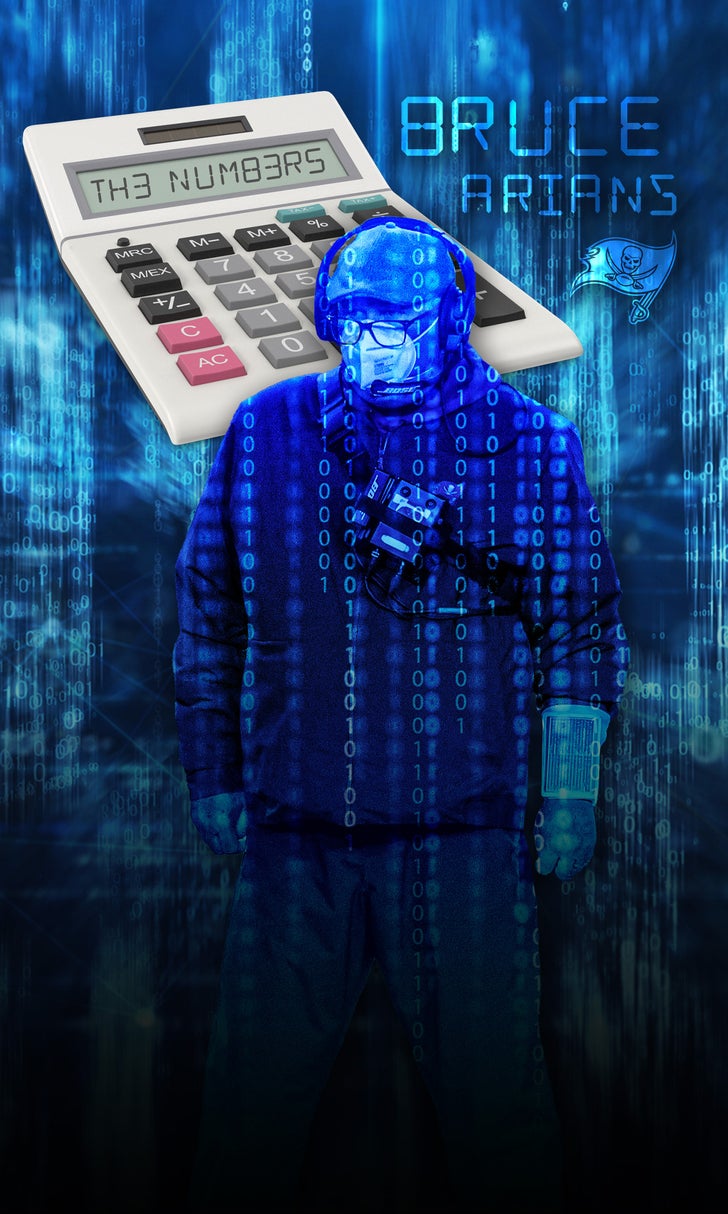 The Numbers: Bruce Arians
Leading up to his first Super Bowl appearance as a head coach, here are the numbers that define Tampa Bay's Bruce Arians.
8 hours ago 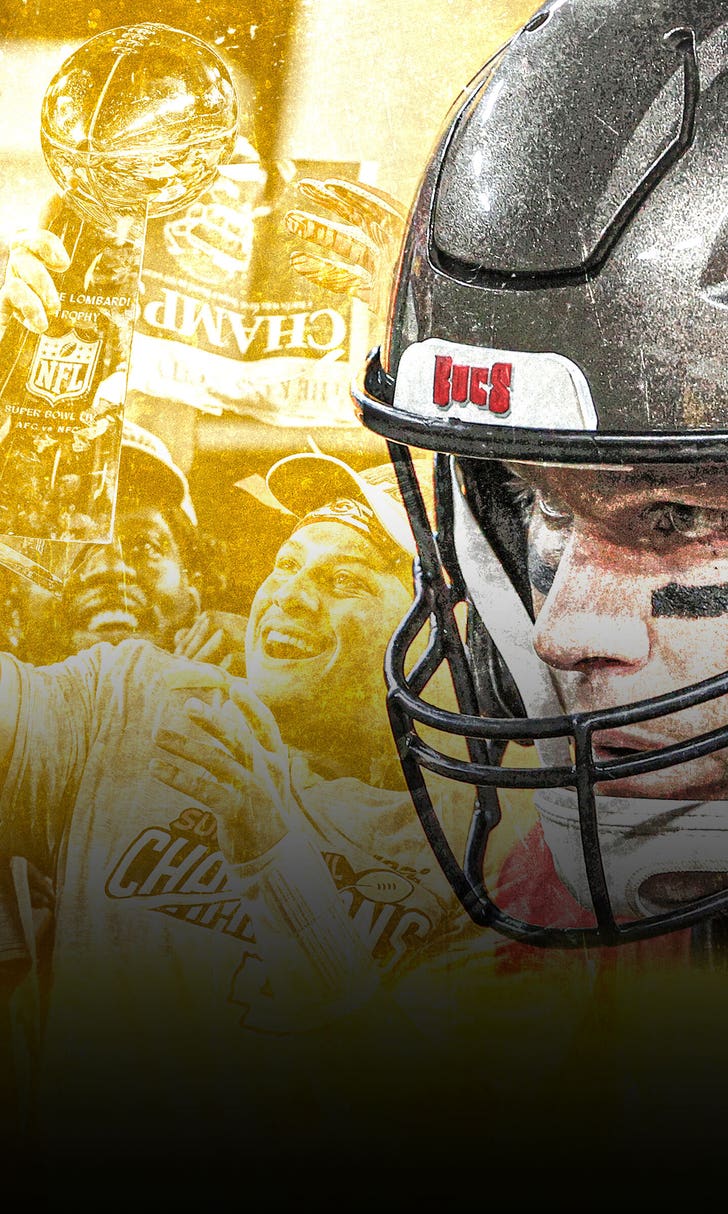 The GOAT Path
What would it take for Patrick Mahomes to supplant Tom Brady as the greatest quarterback in the history of the game?
8 hours ago
those were the latest stories
Want to see more?
View All Stories
Fox Sports™ and © 2021 Fox Media LLC and Fox Sports Interactive Media, LLC. All rights reserved. Use of this website (including any and all parts and components) constitutes your acceptance of these Terms of Use and Updated Privacy Policy. Advertising Choices. Do Not Sell my Personal Info