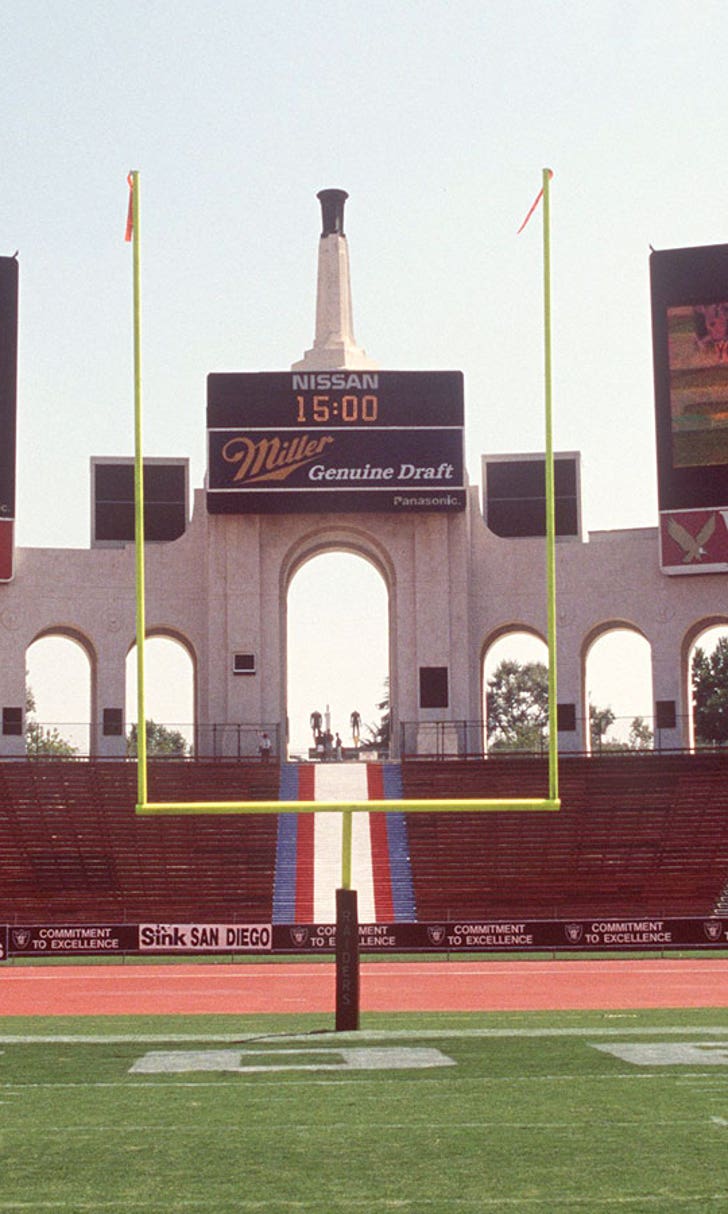 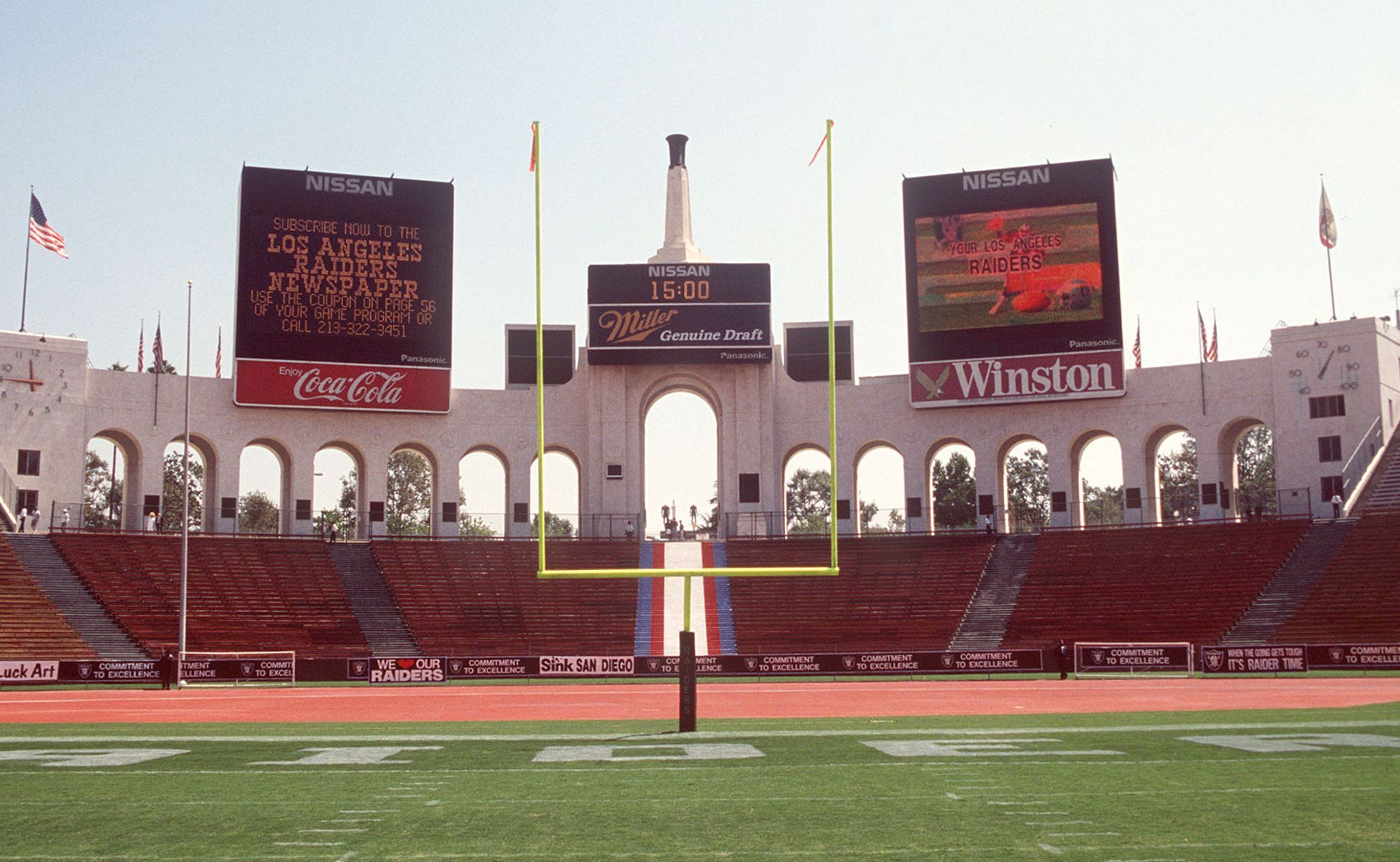 NFL to return to Los Angeles with one or two teams, report says 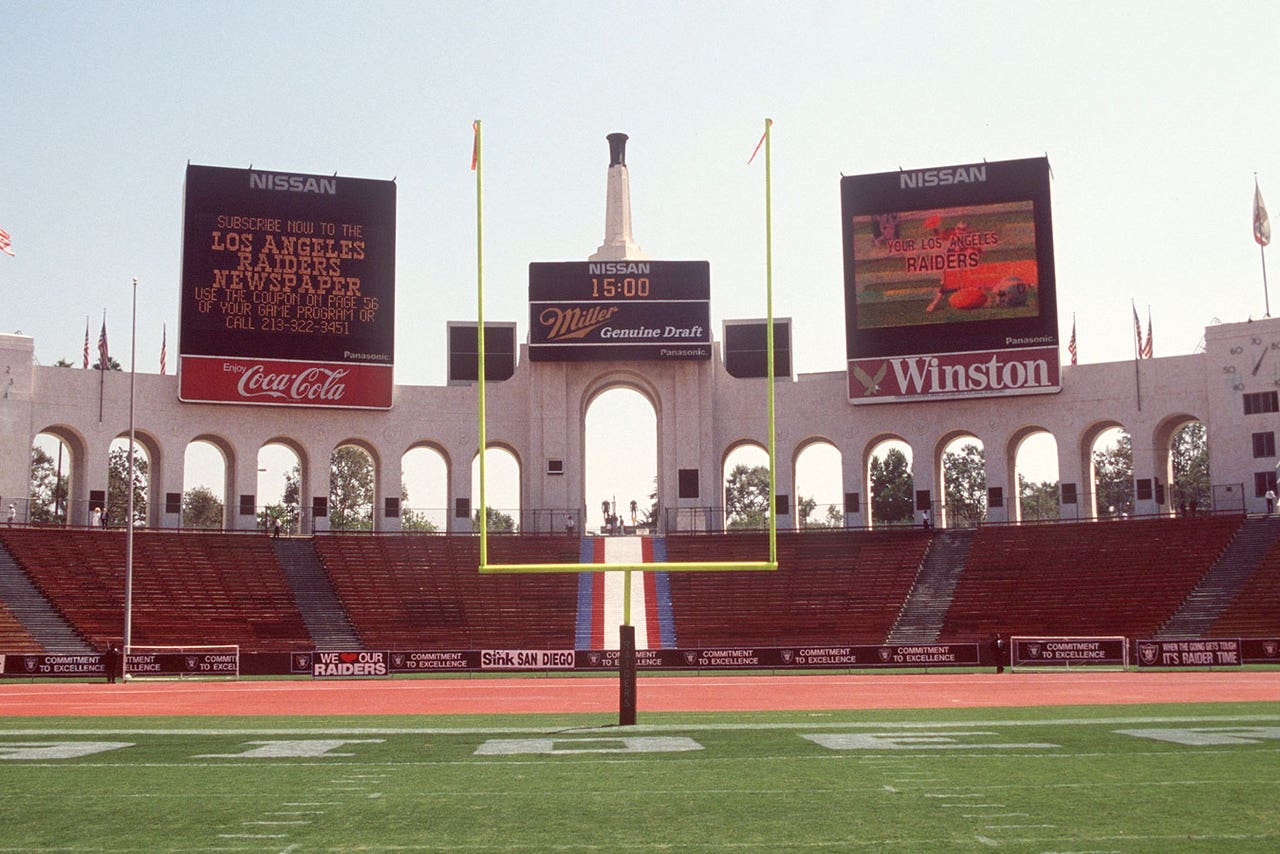 Los Angeles, without an NFL team for 20 years, reportedly soon may get one or two teams -- and they would be returning to their former homes.

Pro Football Talk's Mike Florio cites a league source as saying the NFL could move a franchise or two to L.A. in the next year to two years.

A team would announce a move in the 2015 or 2016 offseason, Florio writes, and set up at the Coliseum or Rose Bowl until a new stadium was built. Possible sites he mentions for a new stadium include L.A. Live in downtown, the Hollywood Park property owned by St. Louis Rams owner Stan Kroenke, and Chavez Ravine, home to Dodger Stadium.

The three teams named as possible movers all used to play in Los Angeles -- the Oakland Raiders, San Diego Chargers and Rams. The Raiders and Rams left after 1994, and the Chargers played just their inaugural AFL season in L.A., in 1960.

In addition to their Los Angeles histories, the three teams also are unencumbered by stadium leases. The Raiders' lease expires after this season while the Rams are free to go after 2015. The Chargers would have to pay a relocation fee, but that decreases each year, Florio reports.

Last month, the San Francisco Chronicle reported that Oakland was close to offering the Raiders a deal for a new stadium.

Bounce Back For The Pack?
After their embarrassing loss to the Bucs, Jason McIntyre's backing Aaron Rodgers & Co. this week. Here's why.
12 hours ago

MVP Watch: Wilson Bolsters Case
Just how good is Russell Wilson? Even in a bye week, the Seahawks quarterback strengthened his claim for the MVP award.
14 hours ago

A Perfect Storm
A backup quarterback. Costly turnovers. Defensive capitulation. Anything that could go wrong for the Cowboys on Monday, did.
16 hours ago

Quarterback Query
Sunday's demolition at the hands of the Pittsburgh Steelers has many questioning Baker Mayfield's fit in Cleveland.
17 hours ago
those were the latest stories
Want to see more?
View All Stories
Fox Sports™ and © 2020 Fox Media LLC and Fox Sports Interactive Media, LLC. All rights reserved. Use of this website (including any and all parts and components) constitutes your acceptance of these Terms of Use and Updated Privacy Policy. Advertising Choices. Do Not Sell my Personal Info