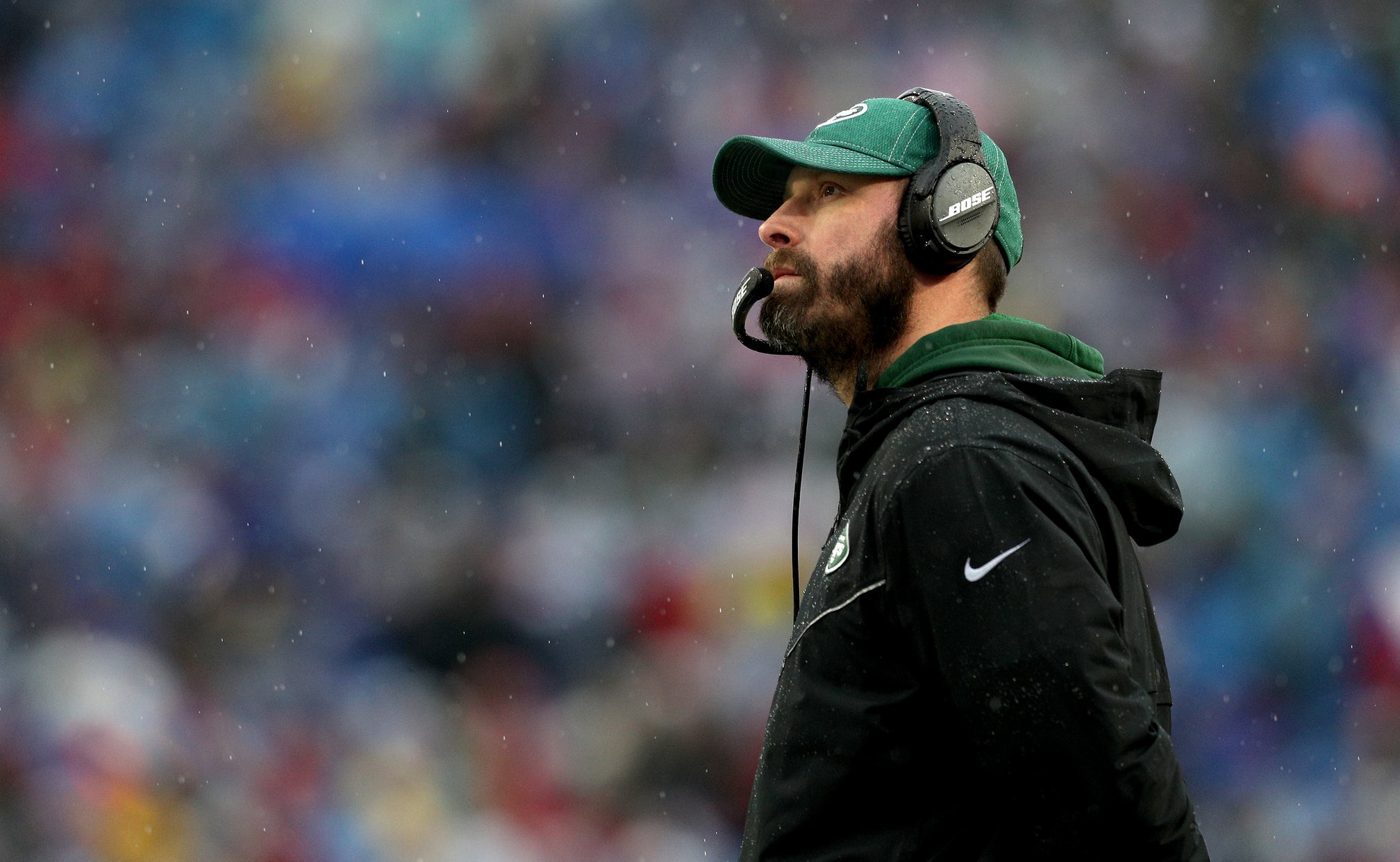 The NFL coaching carousel has begun to spin.

Now that the regular season is over, franchises are making their annual sideline alterations.

Check out the latest news in the coaching department across the NFL.

Gase out in New York

While most of the conversation in the New York Jets franchise has revolved around whether it will move on from quarterback Sam Darnold in favor of either Trevor Lawrence or Justin Fields, the first change that the Jets made was to move on from head coach Adam Gase.

Gase spent three seasons as the head coach of the Miami Dolphins from 2016-2018 before he was released in December of 2018, finishing with a 23-25 overall record.

He was hired by the Jets in January of 2019, and went 7-9 in his first season, finishing third in the AFC East.

However, the Jets digressed drastically in Gase's second season, beginning the 2020 season 0-13 and finishing 2-14, the second-worst record in the NFL.

Jaguars move on from Marrone

The team that achieved the worst regular season record in the league, the Jacksonville Jaguars (1-15), fired head coach Doug Marrone on Monday.

Marrone previously spent two seasons as head coach of the Buffalo Bills from 2013-2014, finishing his tenure with a 15-17 record.

Jacksonville gave Marrone his second shot at a head coaching position, and he oversaw the Jaguars for four full seasons, from 2016-2020.

In his first season, Marrone led the Jags to a 10-6 record, an AFC South title, and a berth in the AFC Championship, where they fell short against Tom Brady's New England Patriots, 24-20, after Jacksonville entered the fourth quarter with a 17-10 lead.

However, things went downhill for Marrone and the Jags over the course of the next three years, as Jacksonville won 12 of its next 48 games and finished last in the AFC South in three consecutive seasons.

A one-win 2020 campaign equaled the end for Marrone, who will leave Jacksonville with an overall record of 23-43.

The Los Angeles Chargers have their quarterback of the future.

Now, they will begin the search for their coach of the future.

The Chargers fired head coach Anthony Lynn on Monday morning after four seasons at the helm.

After a wild card win over the Baltimore Ravens, the Chargers fell to Brady's Patriots in the 2018 divisional round.

Eric Bienemy took over as offensive coordinator for the Kansas City Chiefs in 2018, and in his first year, the Chiefs produced the No. 1 offense in the NFL, while Patrick Mahomes won his first regular season MVP, throwing for 5,097 yards and 50 touchdowns.

Last season, KC finished sixth in total offense and won its first Super Bowl in 50 years, and in 2020, the Chiefs once again finished first in the NFL in total offense, en route to a 14-2 regular season record.

Now, it seems like all of Bienemy's success under Kansas City head coach Andy Reid could translate into a head coaching position, as the Jets, Atlanta Falcons and Detroit Lions have each requested to interview Bienemy for their head coaching vacancies.

Dan Quinn served as the Falcons head coach since 2015, but was fired after Atlanta got off to an 0-5 start this season. He was 43-42 in a little over five seasons, and helped guide Atlanta to a Super Bowl LI berth in 2016.

In Detroit, Matt Patricia was released by the Lions organization after a 41-25 home loss to the Houston Texans in Week 12. His overall record in three seasons as head coach of the Lions was 13-29.

But New York, Detroit and Atlanta might not be the only franchises interested in Bienemy, as the Texans waved goodbye to Bill O'Brien after an 0-4 start this season.

O'Brien compiled a 52-48 record in his seven years as head coach and general manager, but a series of offseason moves – most notably the trading of star wideout DeAndre Hopkins to the Arizona Cardinals – seemed to be the breaking point for Houston's ownership.