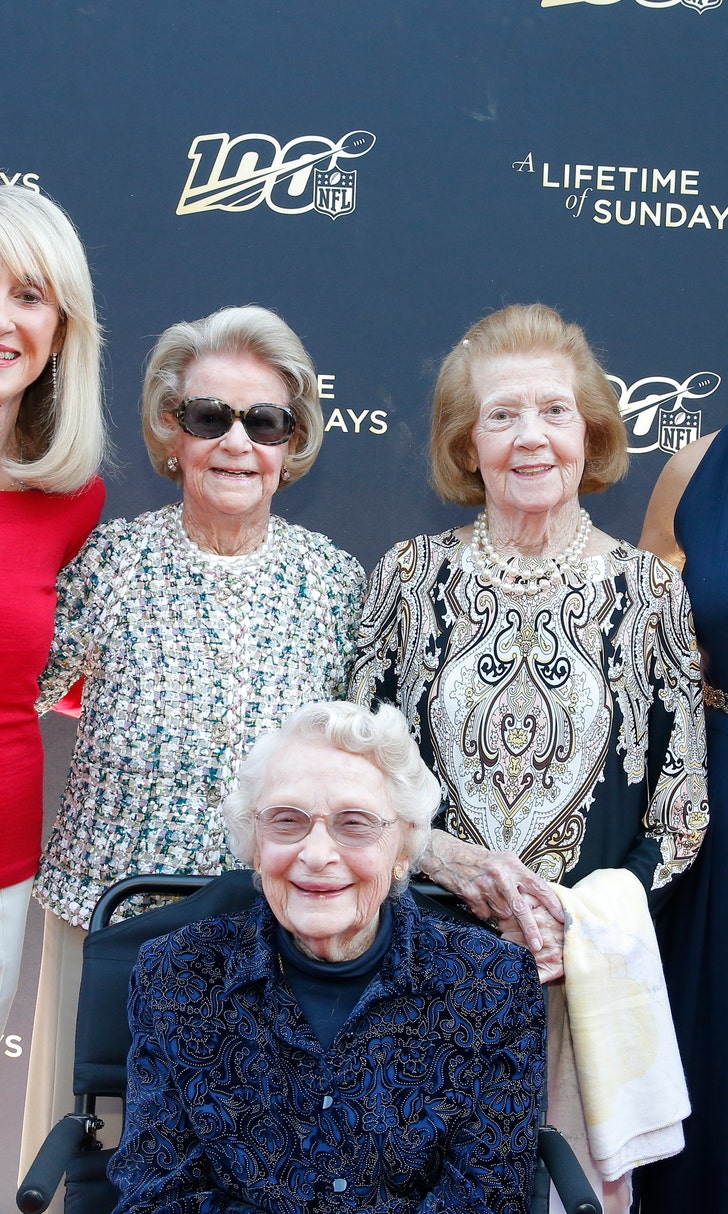 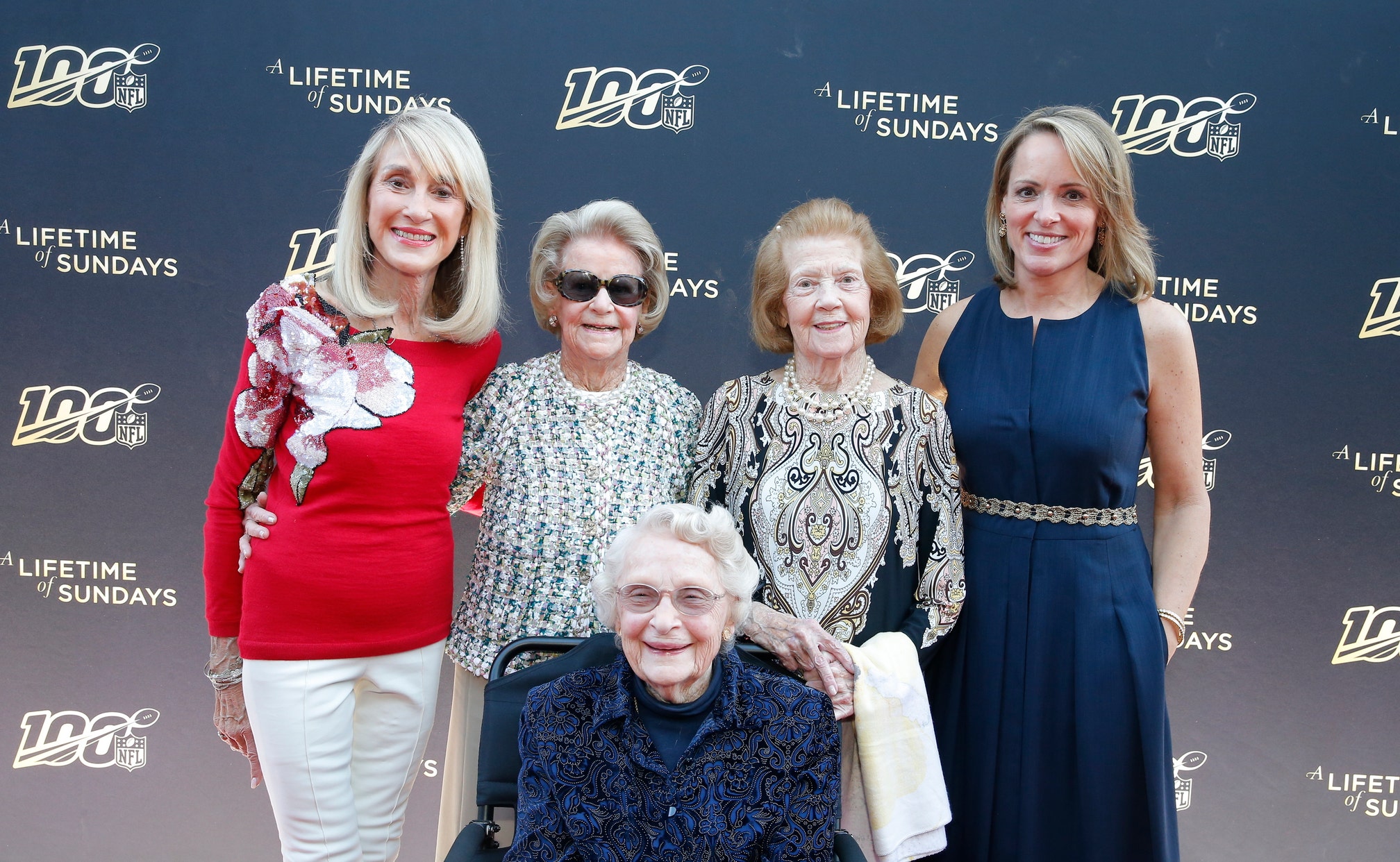 NEW YORK (AP) — The conference room was packed. Nearly everywhere, people were crying. Including men who supposedly had been hardened by what they have done for a living for decades.

"A Lifetime of Sundays" was the reason.

The film features four female team owners whose back stories and storytelling mesmerized the crowd. And now, the movie by NFL Films and narrated by Academy Award-winner Regina King, is available for public viewing: It aired Sunday on ABC and will be streamed by ESPN beginning Sept. 15.

"I just recommend (it), I hope everybody has an opportunity to see this thing," Chiefs coach Andy Reid said. "It was phenomenal."

Kansas City's Norma Hunt, Detroit's Martha Ford, Chicago's Virginia Halas McCaskey, and Pittsburgh's Patricia Rooney originally were reticent about the project when approached by Jane Skinner Goodell, the commissioner's wife and an executive producer of the movie. Indeed, she received a polite no from each of the women, who range in age from 81 to 96.

"The main reason why was because the women are too modest and did not want to appear like they were bragging," Goodell said. "They did not want the spotlight on them ... That reluctance was very unexpected, but I found it very refreshing. It took the better part of a year to convince them to do it."

Goodell actually approached NFL Films to see if they were interested in the project even before getting a go-ahead from any of the team owners. And when the four women declined, like Saquon Barkley in the open field, Goodell switched directions.

"We were going to do them as separate documentaries," she explained, "but they all had the same response, that they would not be comfortable, that they didn't know why anyone should be interested in what they had to say. A key was for them to understand there is an audience. I knew there was an audience, that people would be hungry for the histories told by these four women, and in such a different manner than we had heard before. I so badly wanted them to share the stories."

The breakthrough came when it was suggested that one film focusing on all four women be made. Goodell would moderate a panel discussion with Ford, Rooney, Hunt and McCaskey during the Playmakers program at the March 2018 league meetings. The women would simply chat about their football experiences through the decades.

The turnout was so large that the commissioner told his wife he needed to reschedule a specific meeting with team owners.

"What are you doing to my meetings?" he joked.

Although all four women had a case of nerves, once the panel discussion got going, it was, Jane Goodell said, "lightning in a bottle."

"They got such a kick out of each other, hearing their stories — a lot of stories they had not heard before," she said. "The energy was so great, I knew the women felt it. They recognized that their stories had real value for people.

"Virginia came up to me and said, 'I am sorry we gave you a hard time. I think I understand now.'"

The next step was making the film.

The women talked about their teams, the league, great plays and players, and the world at large. They were honest, funny, insightful and always respectful of each other and the audience.

Most importantly, their roles as trail blazers — how many pro sports have four women at the helm of teams?; the NFL has seven, plus several more with major duties in running franchises — was popularized.

"Their stories resonated," Jane Goodell said. "I think they were surprised. I feel like hearing from strong women in their 80s and 90s — they continue to live extraordinary lives, they are all about commitment — is important. One thing they have in common is their passion for the game and how it is very important to protect the legacy of the game. But it also comes through how grateful they are for being able to live this life and be part of this industry and see how it grew. They took this as an honor."

Attendees at a viewing of the film last March, one year after the panel discussion, were so moved that even the commissioner — his wife calls him "a softie" — was brought to tears. He had to leave the podium before making some player introductions.

"I was surprised, how it affected them: big men crying everywhere that night," she said. "These are four very strong women who have thrived in a man's world over decades. Who wouldn't want to hear those stories? Pull up a chair."

Seahawks Edge Eagles As Wentz Struggles
A late Hail Mary couldn't help the Eagles, even if it spelled a backdoor cover. Is it time for Philly to make a QB change?
3 hours ago

Club Shay Shay Reaches Major Milestone
Shannon Sharpe wants to thank you, the fan, for the club's incredible growth, as we share some of the best moments so far.
5 hours ago

What To Make Of Baker And The Browns
Baker Mayfield and the Browns are 8-3, but with so much room for improvement, it’s hard for fans to know what to make of it all.
6 hours ago

Steelers-Ravens Delay Has Bigger Impact
The COVID-19 outbreak in Baltimore has led to the Ravens vs. Steelers game being postponed to Wednesday. But there's more.
7 hours ago

Feeling the Heat
The heat is on Carson Wentz in Philly. Can he hold off Jalen Hurts and maintain his starting job for the remainder of 2020?
11 hours ago
those were the latest stories
Want to see more?
View All Stories
Fox Sports™ and © 2020 Fox Media LLC and Fox Sports Interactive Media, LLC. All rights reserved. Use of this website (including any and all parts and components) constitutes your acceptance of these Terms of Use and Updated Privacy Policy. Advertising Choices. Do Not Sell my Personal Info