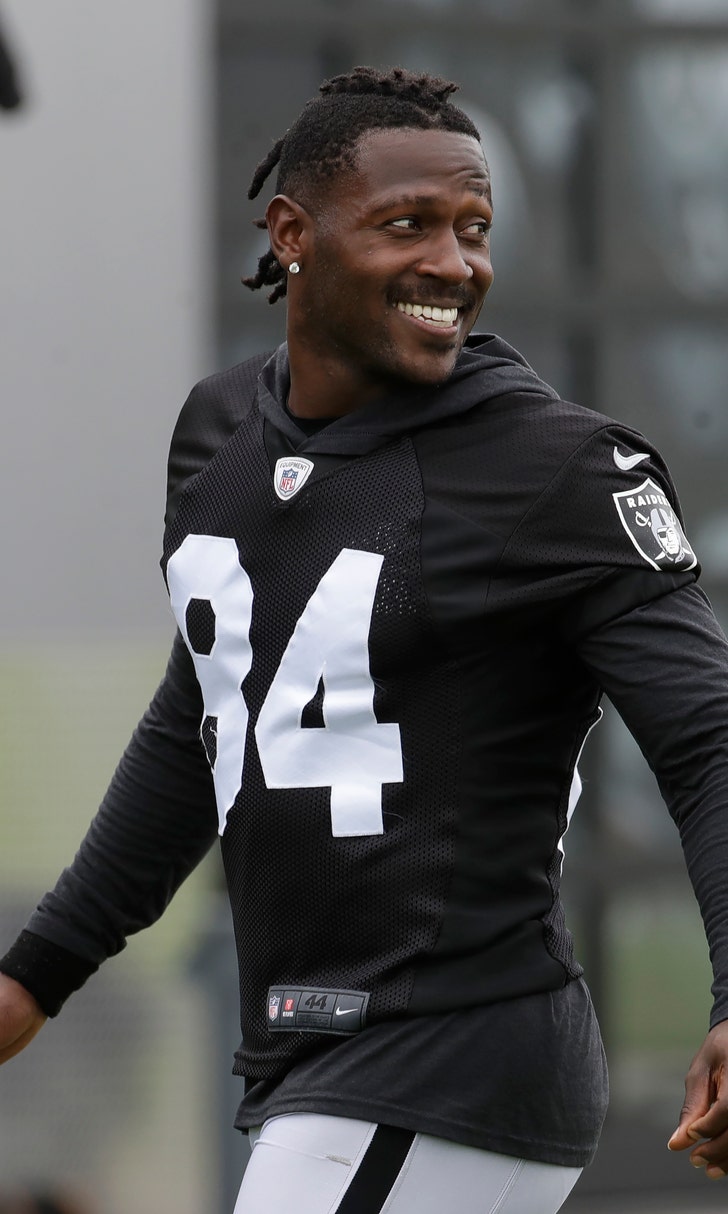 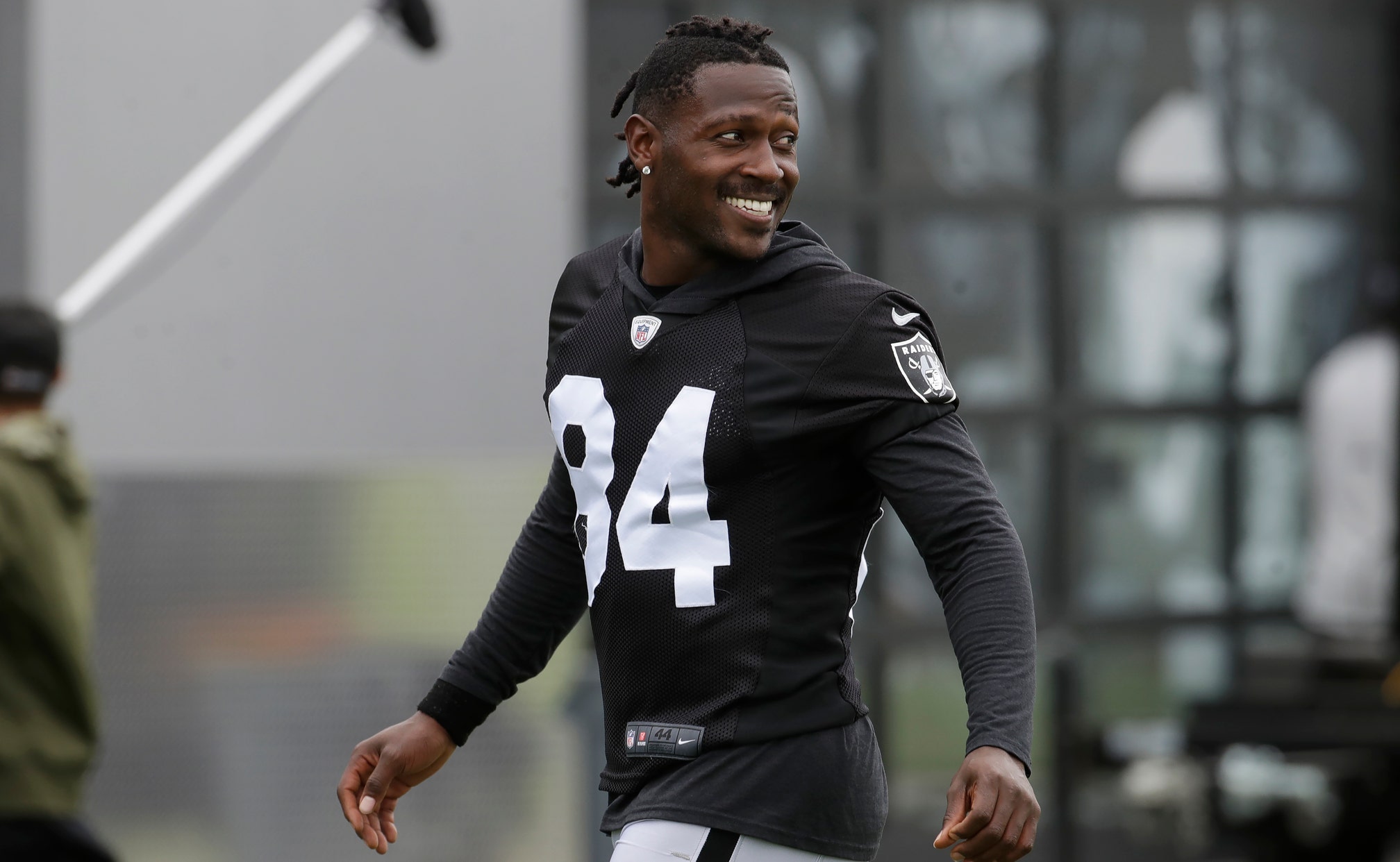 OAKLAND, Calif. (AP) — The final scheduled season for the Raiders in Oakland shouldn't be boring even if it isn't a success on the field.

While those players and four rookies taken in the top 40 picks of this year's draft have provided a significant talent upgrade to a team that won four games a year ago, whether it's enough to give Oakland just its second winning team in 17 seasons before the Raiders head to Las Vegas in 2020 remains an open question.

"We have to win this year," Carr said. "Nobody cares about what's after this. We have to win now. What's cool about this team is the expectation."

The Raiders have already had big-time drama before the season even starts. Brown missed significant time in training camp because of frostbite suffered while getting cryotherapy treatment in France, and then fighting with the NFL and NFLPA over his banned helmet. Brown left the team once to get treatment on his feet and then again in anger over the league's refusal to allow him to wear an old helmet no longer certified as safe. That prompted an ultimatum from new general manager Mike Mayock and a circus-like atmosphere around the team.

"It's not been a distraction to me at all," Gruden said. "I mean I hate to break it to anybody, but we've known what the status is regarding his feet. He just showed up with frostbite. I've never had a guy show up with frostbite and fortunately we got that thing under control, and this grievance thing is no laughing matter. It's something that's important to him and there is nothing wrong with supporting your players on things they believe in. We also understand the league's position, but I'm confident that he's going to be a heck of player for us and be ready to roll."

A lack of protection and deep threats led to Carr being one of the most cautious quarterbacks in the league last season. His average throw traveled 6.8 yards downfield, according to SportRadar, second lowest among quarterbacks with at least 200 attempts, and the lowest mark of his five-year career by 1 yard per pass. But the additions of Brown and deep threat Tyrell Williams on the outside and stud right tackle Trent Brown should allow Carr to take more risks.

"These guys will make some of the worst throws look really good," he said. "Absolutely it helps. In my mind, I can take more chances."

The biggest issue last year in Oakland was the lack of a pass rush after trading away star defensive end Khalil Mack following a contract dispute. The Raiders finished with 13 sacks, 17 fewer than the second-worst team. No. 4 overall pick Clelin Ferrell should help improve the rush a bit, although much of his strength comes from his play against the run. Arden Key showed flashes as a rookie and could be more effective as a rusher in a more situational role, and the interior rush should be improved with Maurice Hurst in his second year.

The Raiders used the 24th overall pick on running back Josh Jacobs and are counting on him to be a three-down back even if he only played part time in college at Alabama. Jacobs had double-digit carries just seven times in his career and ran for 100 yards only once as he shared time with Damien Harris and Najee Harris. But he figures to carry a much bigger load in Oakland, where he could become just the fourth Raiders back with at least 200 carries and 50 catches in a season.

The Raiders used a first-round pick last year on mammoth tackle Kolton Miller, who struggled as a rookie despite impressive size at 6-foot-8, 325 pounds. Oakland added another behemoth on the line this offseason by signing Trent Brown to the richest deal ever for an offensive lineman. Brown, listed at 6-8, 380 pounds, was stellar during New England's Super Bowl run last year and should help improve a line that allowed 52 sacks last year.

Middle linebacker has been a bit of a revolving door in Oakland the past decade with 14 players getting starts there since the beginning of 2010 — few making a significant impact. The Raiders hope that changes with the addition of Burfict, who immediately became a leader on the defense based on his long history with coordinator Paul Guenther in Cincinnati. Burfict knows the defense as well as anybody and his ability to communicate that on the field could cut down on the number of blown assignments that led to big plays. But his mercurial behavior could be an issue.