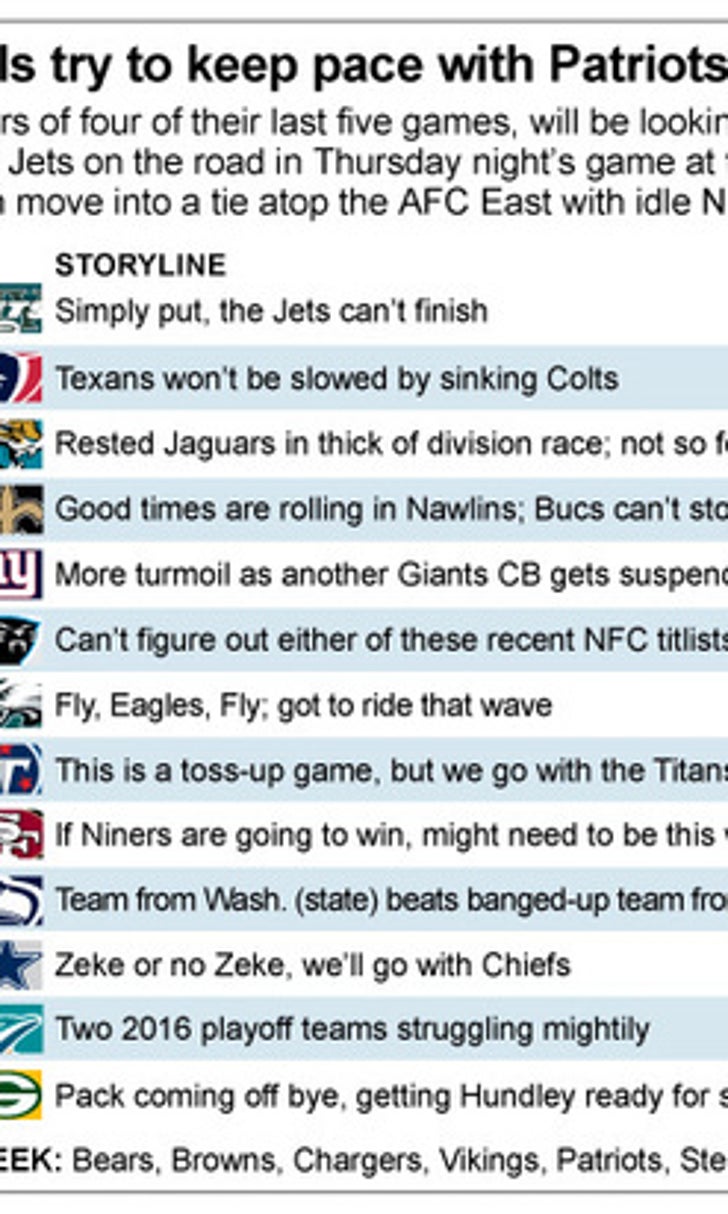 New York does have winning football team: the Buffalo Bills

New York's only NFL team - yes, that would be the Buffalo Bills - are on the longest playoffs schneid in any major pro sport.

The previous time they made the postseason, the calendar was turning from the 20th century to the 21st.

This year, the Bills are zeroing in on ending that string of futility. They've won four of five heading into Thursday night's game at the New Jersey Meadowlands against the Jets, a team they've already beaten this season.

Which means little, according to coach Sean McDermott.

''It's really all on ... getting ourselves fresh and ... the second objective at this point, this part of our preparation is to understand our plan,'' McDermott said. ''Anything outside of that at any other thing becomes noise at this point.''

At 5-2, the Bills seem to be ignoring the noise. With a win they can move into a tie atop the AFC East with idle New England.

But to think the Jets (3-5) will be an easy mark is foolhardy. Though they've lost three straight, they could have won all of them. Simply put, they can't finish.

''We have urgency, we have toughness, and we fight,'' coach Todd Bowles says. ''We have to cut down on the mistakes. That's the biggest thing.''

Vikings scared us early, then romped past inept Browns. With Cleveland off this week, need to find another patsy to pick against. Let's try HOUSTON over Indy.

More turmoil in Meadowlands as another Giants CB gets suspended.

Packers coming off bye, getting Hundley ready for slumping Lions.

Fly, Eagles, Fly. Got to ride that wave.

Good times are rolling in Nawlins. Bucs can't stop them.

Rested Jaguars in thick of division race. Not so for Bengals.

Can't figure out either of these recent NFC titlists.

If Niners are going to win, might need to be this week or next. OK, this week.

Zeke or no Zeke, we'll go with Chiefs.

After that offensive show vs. Seattle, Texans won't be slowed by sinking Colts.

Would've been a toss-up game even with point spread.

Upset special: 6-2 against spread, 6-2 straight up