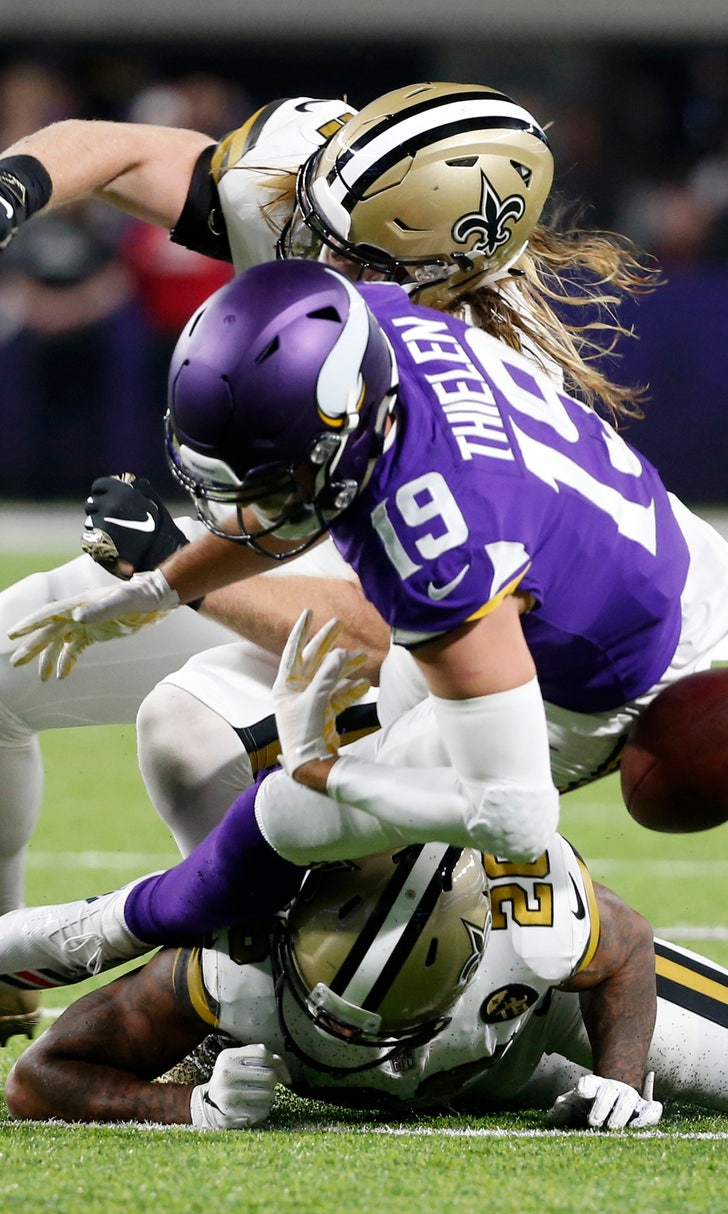 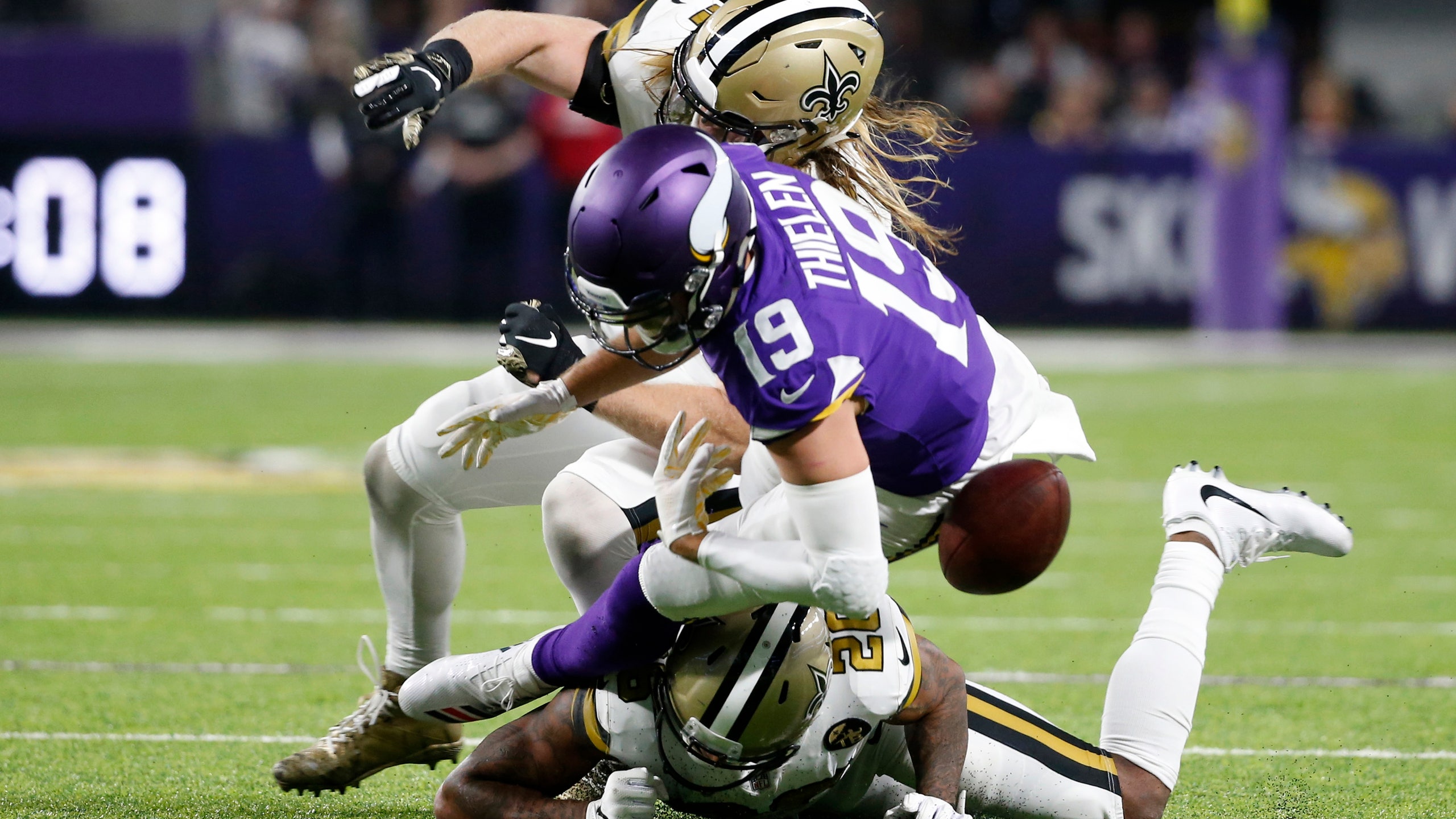 MINNEAPOLIS (AP) — Adam Thielen was putting together yet another stellar performance for the Minnesota Vikings, who were on the verge of extending a three-point lead late in the second quarter when Thielen plunged forward for extra yardage after a short first-down catch.

New Orleans defenders P.J. Williams and Alex Anzalone converged and pried the ball loose at the 14, and Marshon Lattimore scooped up the fumble to start a 54-yard return . Two plays later, the Saints were in the end zone to complete that sharp momentum shift right before halftime in their 30-20 victory on Sunday night .

"That's probably the biggest reason we lost the game," said Thielen, who had seven receptions for 103 yards and a touchdown. "When you have the momentum going into the half, you're going to score points and then you get a chance to get the ball in the second half, that's a huge play. It can't happen, and obviously I'm going to take ownership of it."

In the third quarter, the other half of Minnesota's dominant wide receiver duo made a costly mistake, too. Stefon Diggs, who had his own standout game with 10 catches for 119 yards and a score, stopped a drag route too soon while an under-pressure Kirk Cousins tried to dump the ball off but had it intercepted by P.J. Williams for a 45-yard touchdown return .

"It was all on me, and the guy got an easy pick," Diggs said. "Maybe if we could get that play back, things would be different."

The last time the Vikings faced the Saints, Diggs famously turned a sideline catch into a 61-yard touchdown on the last play of their NFC divisional round playoff game to beat the Saints 29-24. The "Minneapolis Miracle," it was called.

This time, for all the highlight-reel and chain-moving catches Thielen and Diggs made during this prime-time game, the moments that stood out the most were these twin Minneapolis mistakes.

"We turned the ball over, yes," coach Mike Zimmer said. "This is still a good football team."

Thielen, who matched the all-time NFL record set first by Calvin Johnson for Detroit in 2012 with his eighth straight 100-yard game, was having a hard time accepting any of his positive contributions afterward given the potential 14-point swing his fumble produced in a game the Vikings ultimately lost by 10.

"You're the best player on our football team," Cousins told Thielen immediately after the turnover. "It happens."

Unfortunately for the Vikings (4-3-1), it happened at one of the worst possible times. The same went for Diggs on the second-and-8 play from the Minnesota 44 with New Orleans leading 20-13.

"What's interesting about it is they have been so good, and you take for granted the fact that they're human and mistakes happen," said Cousins, who went 31 for 41 for 359 yards. He added: "We have a good locker room and a good group of guys who stay together and play hard for one another, and that's going to be a big piece of our story here down the stretch the last eight games."