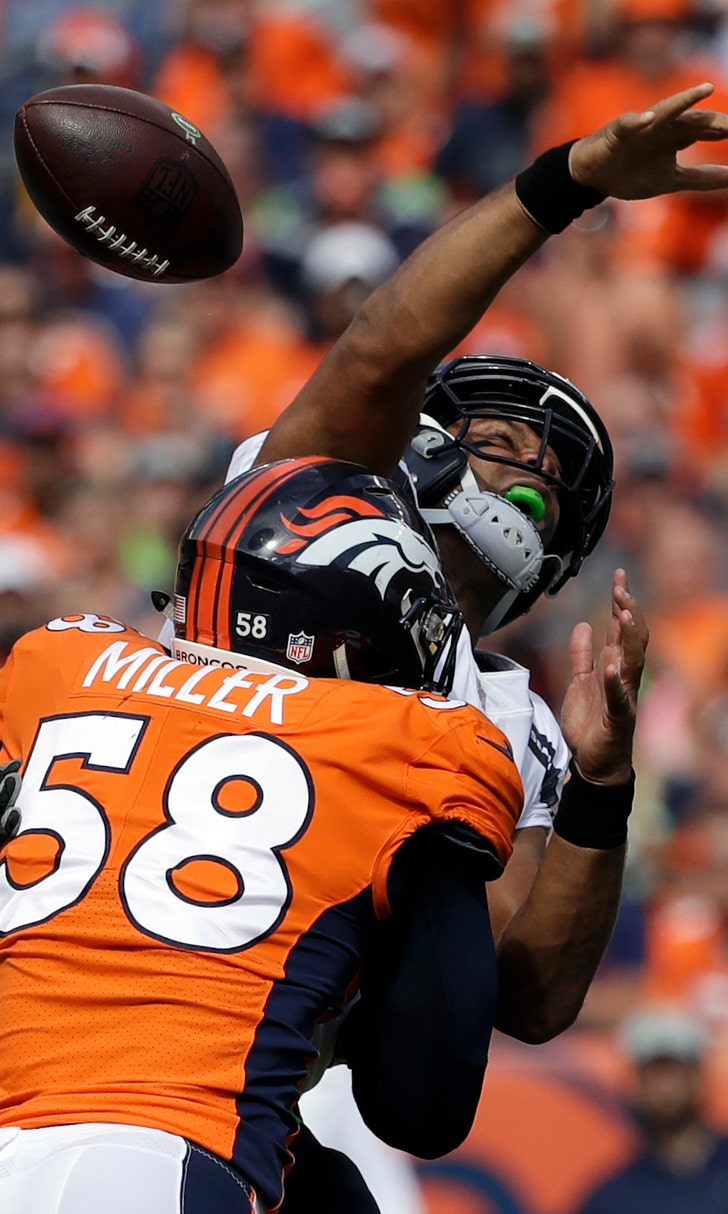 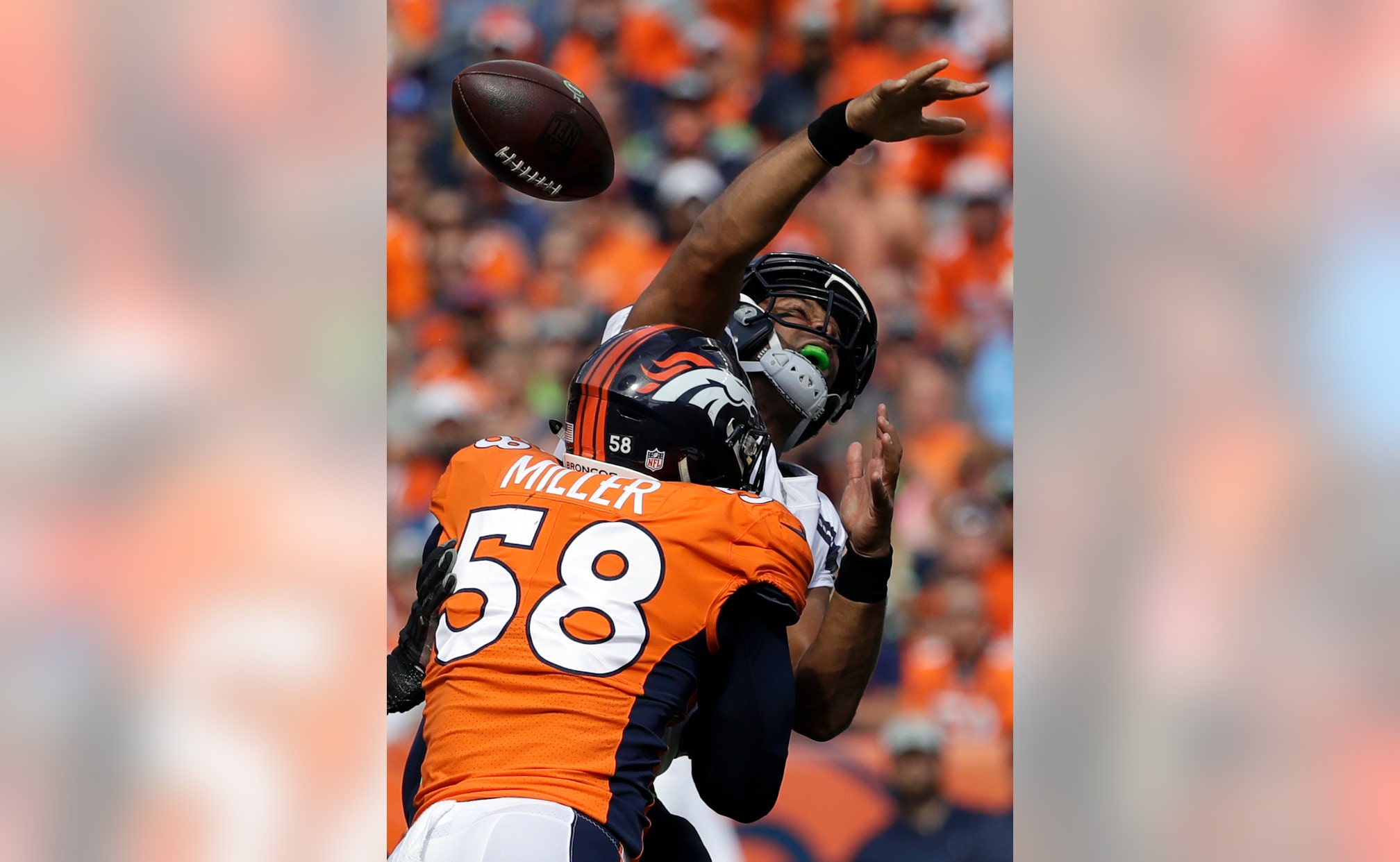 previous story
High Tide: Alabama is No. 1 at being No. 1 in AP rankings
next story
Astudillo hits game-ending home run, Twins beat Royals 3-1

He can thank Von Miller , who sacked Russell Wilson three times, forced two fumbles and recovered one as the Broncos held off the Seattle Seahawks 27-24 on Sunday to win for the 18th time in their past 19 home openers.

Keenum, who signed a two-year, $36 million prove-it deal in Denver six months ago after leading the Minnesota Vikings to the NFC championship game, normally spends his time between series with his head down but he kept looking up to watch Miller's magic.

"I'm trying to stay focused on looking at the pictures, getting ready for my next series. "But it's hard not to notice when the crowd's going crazy and Von's out there crawling or whatever he's doing, whatever his sack dance is," Keenum said. "That's impressive to watch.

"I'm glad I'm on the sidelines when he's on the field, that's for sure."

"We played a really tough defense, one of the best defenses you're going to face all year. Obviously Von is a great player and he made some key plays," Wilson said.

Miller, whose best play came when he simply snatched the ball from running back Chris Carson's arms, said recently that he hates facing Wilson, whom he considers the best quarterback in the game today.

"I still don't like playing against Russell, I mean, running around out there 20 yards, getting everybody tired," Miller said. "Luckily, we were able to get him before he could get started. That was in our scheme this week, we wanted to keep him in the pocket and (make) him beat us with his arm, which he's capable of doing. But we'd rather pick that poison and that strategy worked."

Wilson threw for 298 yards and three TDs, but was picked off twice and sacked six times and ran just twice for 5 yards.

Keenum, who threw for 329 yards, only threw seven interceptions last season and already he has three.

After Demaryius Thomas atoned for several early hiccups by scoring the go-ahead TD with 11:11 left, the Seahawks gained just 3 yards in their final three possessions, the last one ending with Adam Jones' interception at midfield with no time left.

"It's frustrating," Seahawks coach Pete Carroll said. "Third downs we were lousy (2 for 12) and we didn't run the ball as well as we wanted (64 yards) and we got sacked a bunch of times. It was not a very clean game for us."

Wilson put the Seahawks ahead 24-20 when he found Tyler Lockett all alone for a 51-yard touchdown catch early in the fourth quarter.

Brandon Marshall's 20-yard TD catch for Seattle tied it at 17 and came against the team he started his career with back in 2006.

One of Keenum's interceptions came when Demaryius Thomas, who also had three passes go off his hands and was whistled for a holding call that negated a first-down run, never looked back and safety Earl Thomas snared it in his first game since ending his holdout Wednesday.

"I thought I had a pick-6," said Thomas, who was caught at the 15-yard line by Broncos speedy running back Phillip Lindsay.

"Just glad to get through the first game and get that out of the way," said Earl Thomas, who returned to the team after his pay-me-or-trade-me demands went nowhere.

Denver took a 14-10 lead when Emmanuel Sanders somersaulted into the end zone with a 43-yard score. That was his first touchdown since Week 2 of last season.

"It was good to get back in the end zone so I decided to bust out the flip," Sanders said. "It felt good."

Shaquill Griffin's twin brother, rookie linebacker Shaquem Griffin, started the game with K.J. Wright out following minor knee surgery. It's another chapter in the remarkable story of Griffin , who had his left hand amputated as a child.

The Griffins had back-to-back tackles on Seattle's second defensive series.

INJURIES: The only injury of note from either team was Seattle WR Doug Baldwin (right MCL sprain).