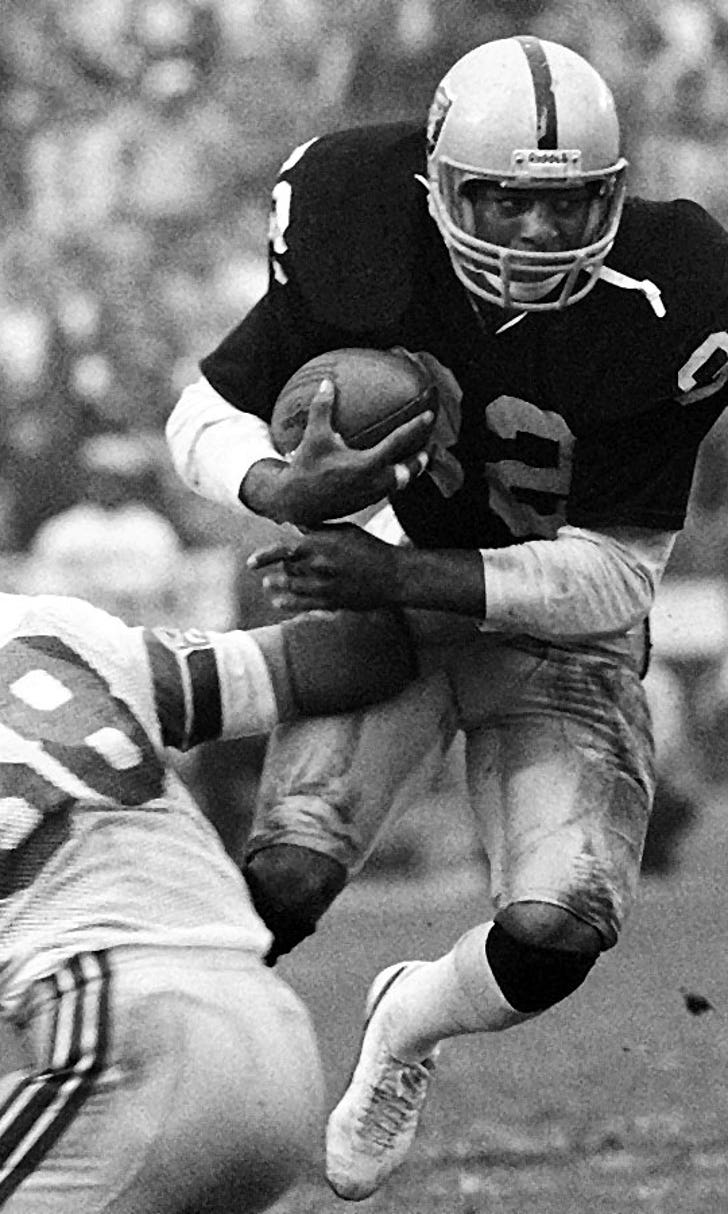 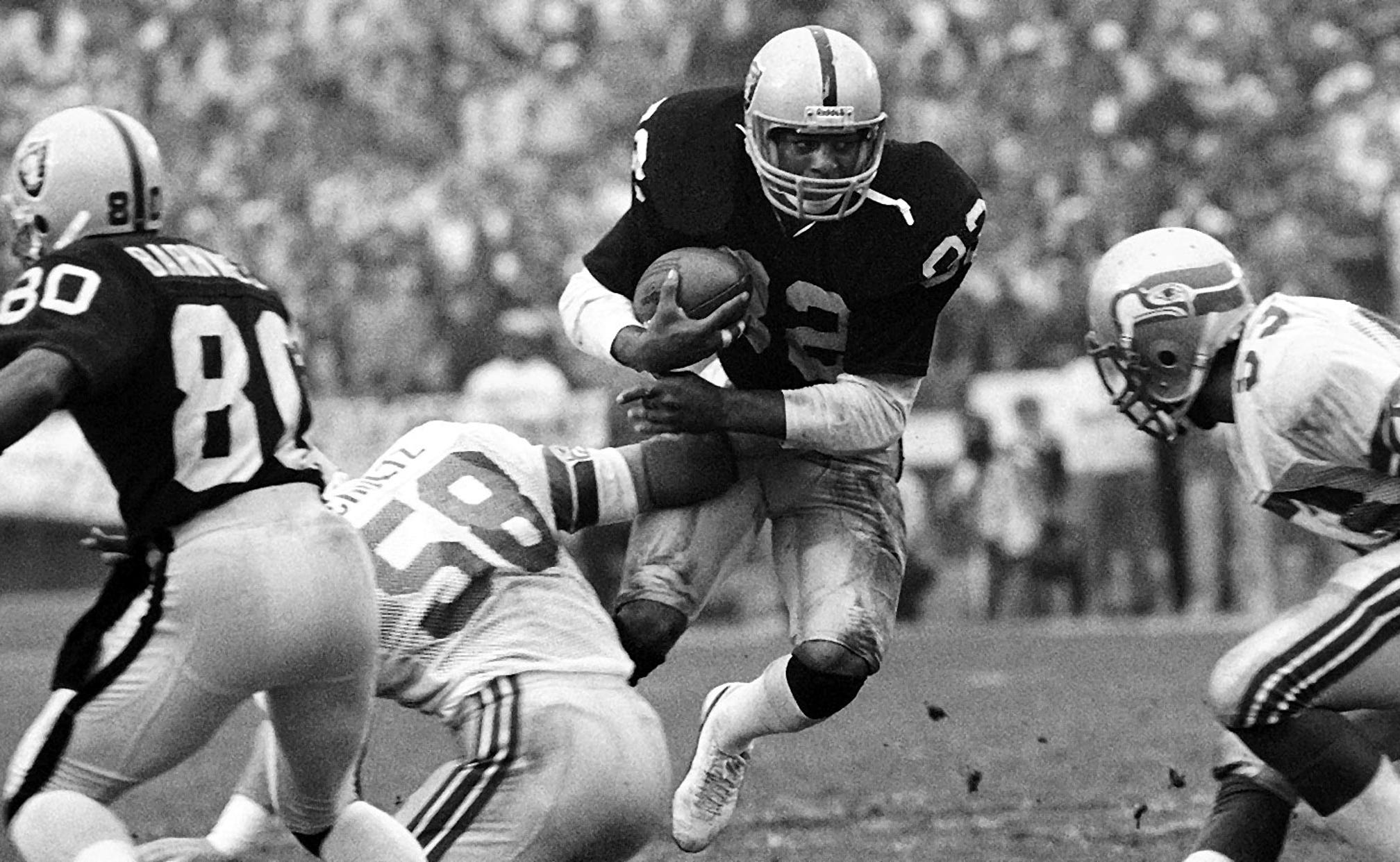 Marcus Allen: It's a perfect time for Raiders, NFL to return to Los Angeles 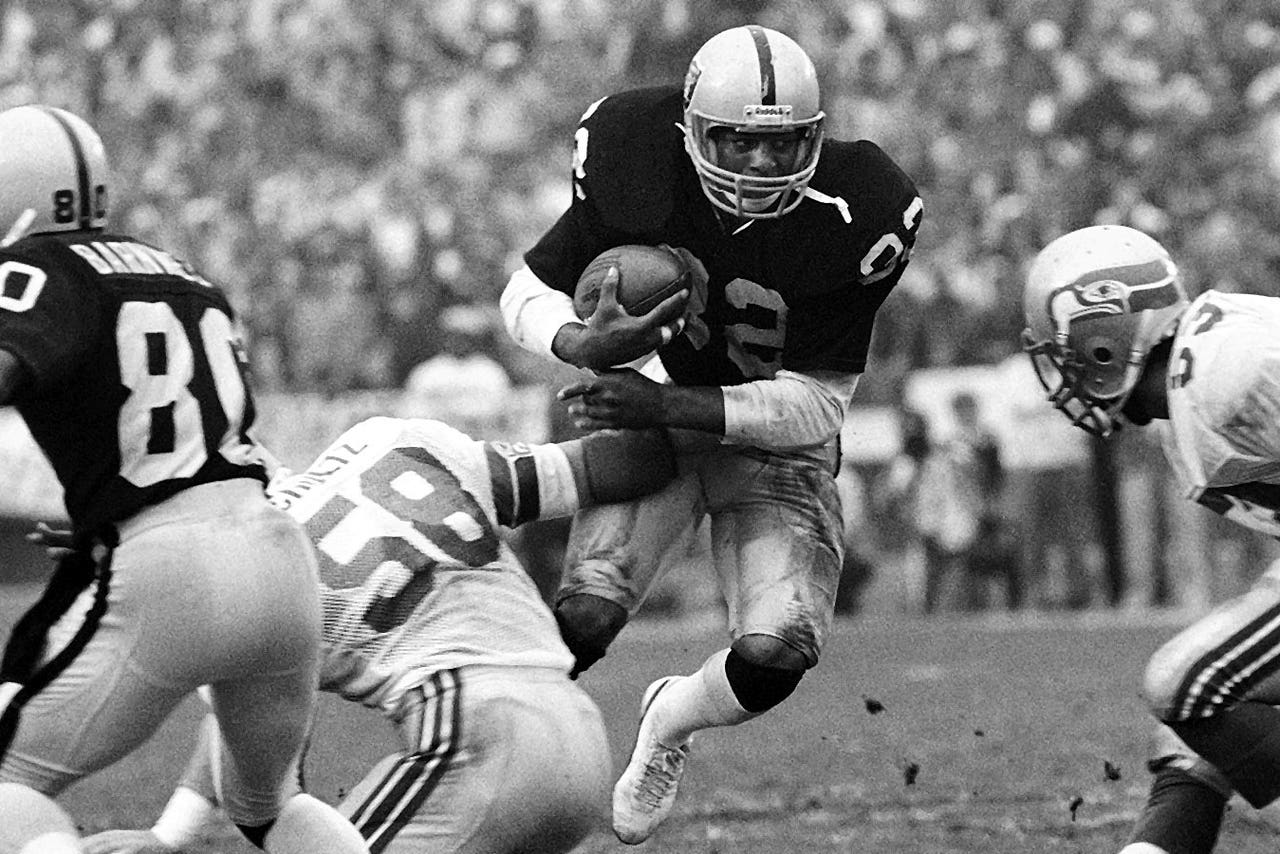 If you were to make a movie about Marcus Allen's football life, the city of Los Angeles would have a starring role. Tinseltown, of course, is where grand spectacles and great dreams are realized.

But every great movie must have a memorable climax, so we flip back the calendar to Jan. 8, 1984.

"It was sort of an overcast day," Allen said in a phone interview with FOXSports.com. "I loved playing in the Coliseum. I loved walking out of that tunnel in that historical venue, greeted by Raiders fans."

On that day, those Raiders fans saw something special. Allen ran for 154 yards on 25 carries and caught seven passes for 62 yards and a touchdown. The Raiders beat the Seattle Seahawks, 30-14, in the AFC Championship Game in just their second season in Los Angeles.

"I remember looking at the scoreboard, and it said, 'The Raiders are on their way to the Super Bowl,' and it was bedlam," said Allen, who played 11 years for the Silver and Black, all in Los Angeles. "The fans were going crazy. There was so much excitement for the players, the administrative people, the vendors, it was great."

The Raiders went on to crush the Washington Redskins to win the Super Bowl. But after another decade, football in the City of Angels took a dark turn.

In 1995, both the Rams and Raiders left for what they thought were greener pastures in St. Louis and Oakland respectively. Allen retired in 1997 after spending the final five seasons of his career with the Kansas City Chiefs, having never played in Oakland. He was selected to the Pro Football Hall of Fame in 2003.

If two teams do find their way to LA, Allen knows which ones would work best.

"The two teams I think would have to be a perfect fit again would be the two teams that have been here in the past that have followings: the Rams and Raiders. I've said that before, and I'll continue to say that."

Allen hasn't been shy about his opinion. He caused a mini-stir in Oakland back in July when he said he'd like to see the Silver and Black move back to Southern California.

Months later, Allen is sticking with what he said.

"Again, speaking to the people in Oakland, I know they're doing everything they can to satisfy that situation in Oakland to try and stay there. But, if that doesn't work out and there's going to be a team in Los Angeles, I'd like it to be the Raiders."

The Raiders do seem like a logical fit. Owner Mark Davis is fed up with his team playing at the dilapidated O.co Coliseum in Oakland and has been searching for a way out. He's even gone so far as to tour the city of San Antonio as a possible relocation site.

But in Los Angeles, the Raiders would have that ready-made fanbase despite what doubters say about the region's ability to support pro football.

"They have such a huge following," Allen said. "You heard a lot over the years that there wouldn't be fan support, and I don't agree with that at all. I think it would be a perfect time for a team to return."

The Rams have seemingly been setting up for a possible return as team owner Stan Kroenke has been snatching up land in Southern California. He bought 60 acres in Inglewood back in July and has been negotiating to buy the now vacated Hollywood Park site nearby. Former Raiders owner Al Davis tried to get a stadium built there back in 1995 before the deal fell apart and Davis moved the team back to Oakland, its original home.

So, while we play the waiting game for football's return to Los Angeles, Allen has been keeping himself busy, doing work with the Laureus Sport for Good Foundation. He's in New Orleans this week to help the foundation announce grants for development organizations as part of the Laureus Model City initiative -- created to bring together like-minded organizations who want to create an impact in the community.

But his travels never take him that far from football, as he was in Oakland last Thursday night to help honor his former teammate and new Hall of Famer Ray Guy. Allen joined other Raiders greats Willie Brown, FOX Sports' Howie Long, John Madden and more as the famed punter receiver his Hall of Fame ring.

Allen watched the Raiders eke out their first victory of the season, 24-20, over the Chiefs, another one of his former teams. Just being among the dedicated fans in the Black Hole, who continue to show up and be supportive despite the team's dismal season, was a special experience.

"It was great seeing that. It really was," Allen said. "Those fans are loyal in Oakland. They're diehard fans, and clearly it's painful for them to lose, but they support their team and the fact they won, even though they're still 1-10, they took great pride in the outcome."

And just because the Raiders were playing the Chiefs, don't think there was any conflict in Allen's soul despite his having played on both sides of that heated rivalry. In fact, Allen was in Kansas City a couple weeks back when the team played the Jets during the franchise's alumni weekend. Fans lay claim to their teams and expect athletes to do the same, but it doesn't really work that way.

"This is other people's challenge, not mine," Allen said. "The public wants you to choose one or the other, which I won't do.

"I played 16 years: 11 with one and five with the other. Lots of great friendships. Two great organizations. Am I supposed to ignore one of them to satisfy other people? I do the right thing and not the popular thing sometimes, and people don't like that if you're a fan."

Some fans might be rubbed the wrong way when Allen expresses his desire to see the Raiders back in Los Angeles. But to him, the fact Los Angeles has been without a team all these years is nothing short of ridiculous.

"LA is the entertainment capital of the world. How do you not have a professional team here? It's almost mind-boggling," Allen said. "My history as a Raider is in Los Angeles. I received, individually and team-wise, a tremendous amount of support while we were there."

Sure, that's all fine and good. But has Marcus Allen ever considered the consequences of having a team in the gridlocked hell that is La-La Land?

Let's say the Raiders or another team moves to Los Angeles. Maybe they even make the still-unbuilt Farmers Field their new home at LA Live, in the heart of downtown. Football season begins in September, which is when Major League Baseball's playoff races are heating up. In a city where it's routine for a 10-mile drive to take upwards of an hour, has anyone considered the horror show of having an NFL game kick off at 1 p.m. at Farmers Field while the Dodgers play a home game just a mile or two away?

"If that were to occur [laughs], they're certainly going to have to improve mass transit," Allen said.

Can you imagine if you added a concert at Staples Center to the mix?

"That would be a pleasant problem."

Antonio Brown Reunites With Tom Brady
After serving an eight game suspension, Antonio Brown is headed to Tampa Bay. But will things work for Brady & Co.?
22 hours ago