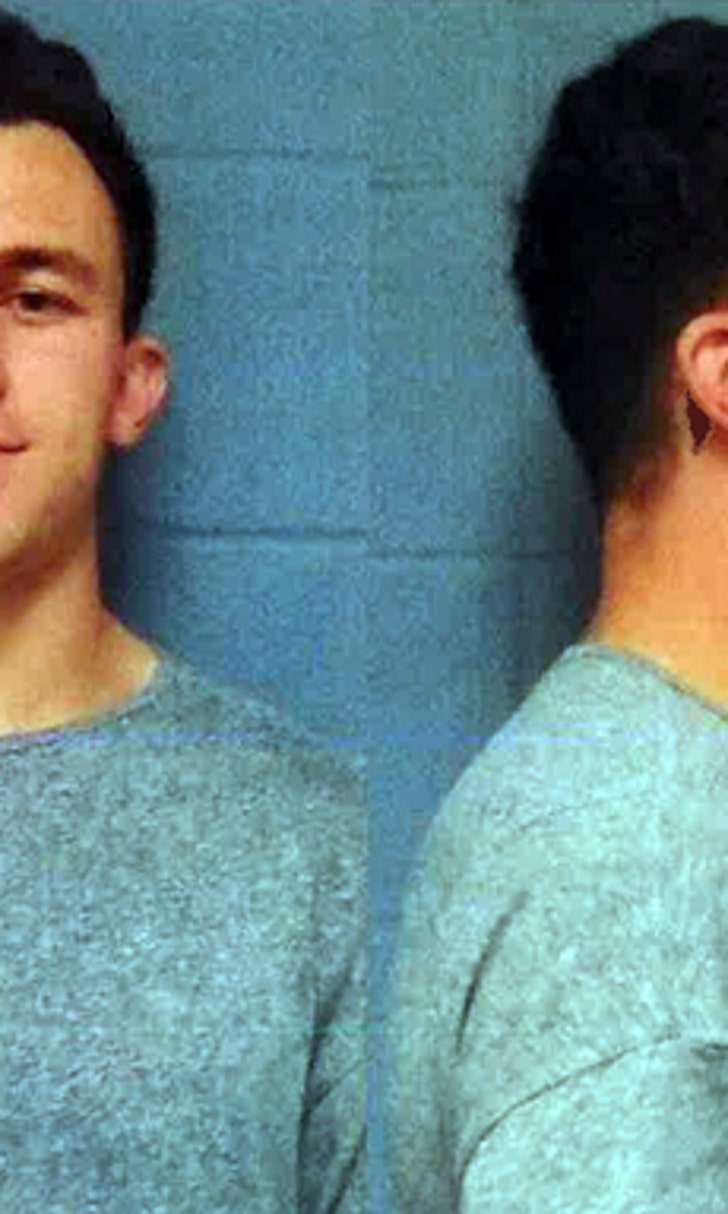 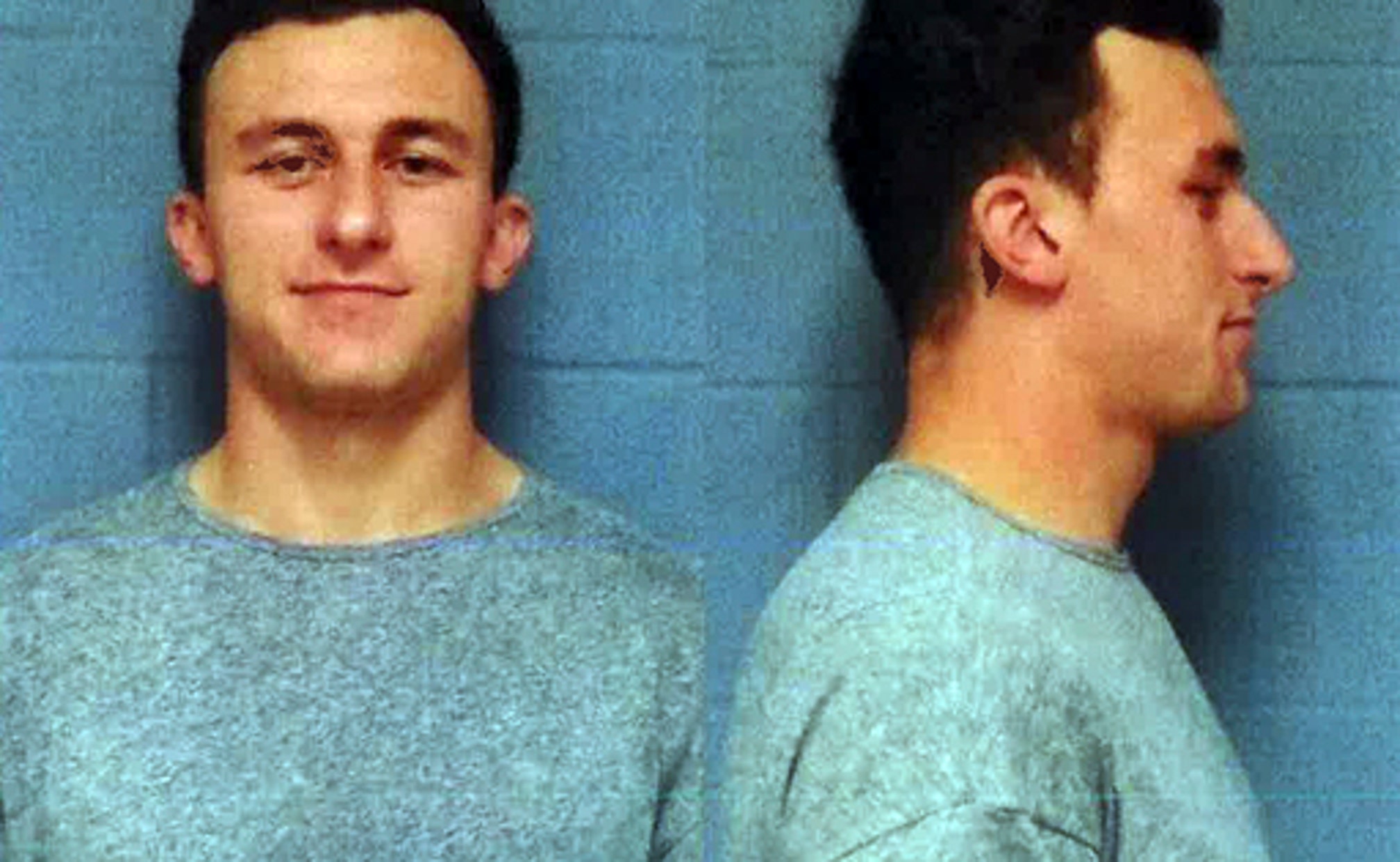 Manziel silent outside court after hearing in domestic case 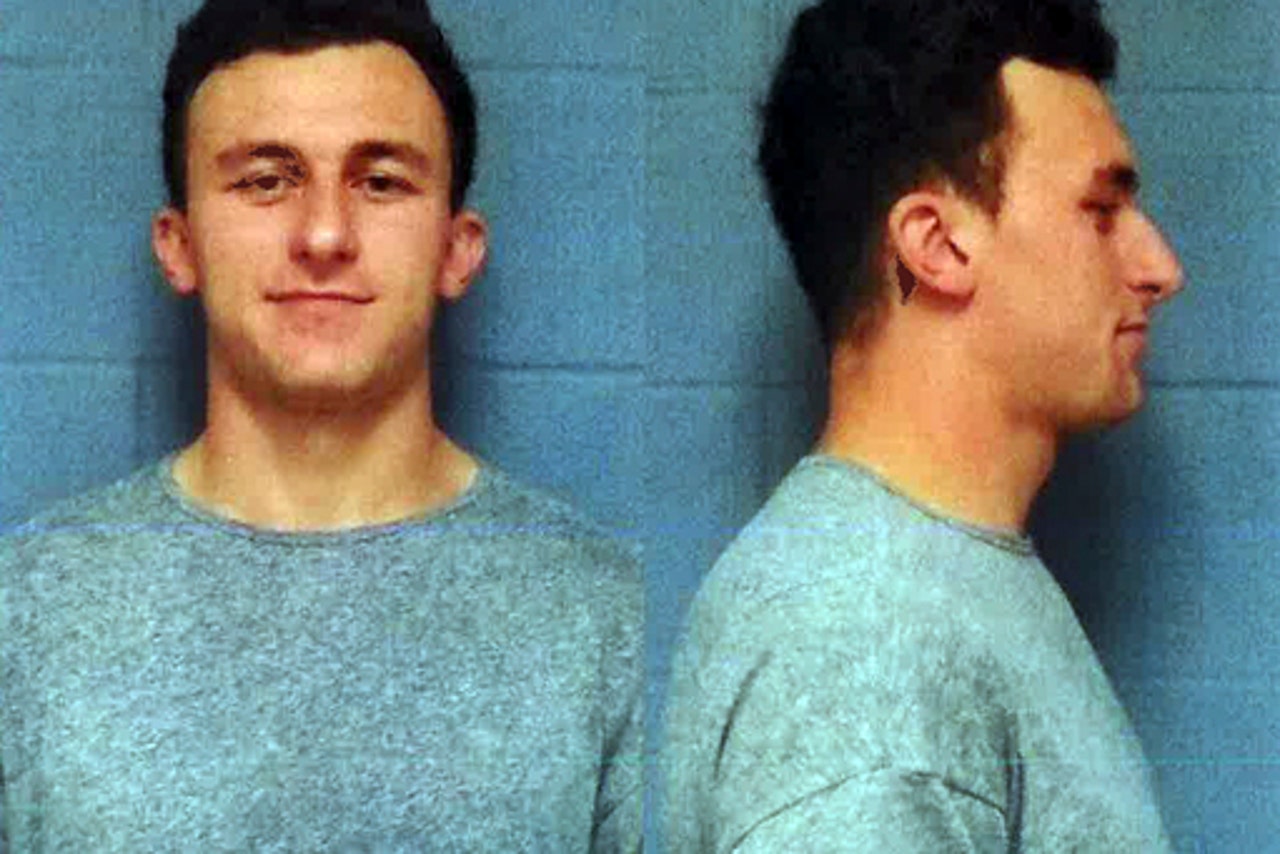 DALLAS (AP) Johnny Manziel waded through a crowd of reporters after his first court appearance in a domestic violence case Thursday, ignoring questions and even an autograph request.

With most of the cameras gone in a quiet parking garage, the 23-year-old Manziel was forced to wait as defense attorney Robert Hinton gave interviews inside. Manziel kept his back to a reporter asking questions about his football future, looking down and wiping his face a few times with his sister, Meri, nearby.

Manziel, a free agent quarterback without an agent and no apparent prospects for signing with another team after being cut by Cleveland, is a long way from the field with NFL offseason workouts starting soon.

Instead, he is preparing a defense against a misdemeanor assault charge that carries a penalty of up to a year in jail and a $4,000 fine. The 2012 Heisman Trophy winner from Texas A&M was indicted last month after ex-girlfriend Colleen Crowley said he hit her and threatened to kill her during a night out in January.

During the brief hearing, Judge Roberto Canas set bond conditions that already existed through a protective order granted to Crowley. Manziel can't have any contact with her and can't possess any firearms. Manziel told Canas that he didn't own a gun.

''No, sir,'' Manziel replied when asked if he had any questions.

No plea was entered, but Hinton said Manziel plans to plead not guilty. A status hearing was set for June 24.

Hinton said the bond conditions were ''the same as in any other case.''

''You can't have a firearm and you can't go around Ms. Crowley, which he has no desire to do,'' Hinton said.

Asked what outcome he expected in the case, Hinton said, ''Everybody would kiss and make up.''

Manziel, dressed in a suit, spoke softly during the hearing and sat behind his attorneys as they discussed the case with prosecutors. At one point, he turned and talked to his sister, who was sitting three rows back in the gallery. Manziel hugged her before leaving court.

The court appearance came a day after Manziel was booked in the upscale Dallas enclave of Highland Park.

''Johnny has, over the last 24 hours, fulfilled all the current requirements of the court,'' lead attorney Jim Darnell said in a statement issued through Manziel's spokeswoman. ''He looks forward to defending himself against the misdemeanor allegation and focusing on the next phases of his life, both personally and professionally.''

Where that may be is an open question.

Cleveland took Manziel 22nd overall in the 2014 draft, and the Browns cut him in March after two tumultuous seasons marked by inconsistent play and off-the-field headlines about his partying and drinking, including one stint in rehab.

Since the 2015 season ended, Manziel has been dumped by two agents after both demanded a second trip to rehab, and he also faces potential punishment from the NFL. The league has tougher standards regarding domestic violence cases after revising its policy in August 2014 following the Ray Rice case.

Cowboys owner Jerry Jones never made a secret of his desire to have Manziel on his roster, going back to the night the former college star from Texas was still on the board when the Cowboys drafted in the first round in 2014.

''I don't have sense of how I feel right now there other than just I really like him,'' Jones said last weekend during this year's draft. ''He really did do something special for A&M football and for all of us. We will worry about the future later as far as I'm concerned.''

The allegations in the domestic stem from a night out on Jan. 30. Crowley alleged Manziel accosted her at a Dallas hotel, a confrontation that continued downstairs to the valet station. She said he forced her into a car and a valet disregarded her pleas for help.

The two eventually drove to where her car was parked in front of a Dallas bar, she said in an affidavit. She said Manziel got into the driver's seat and began to drive. Crowley said Manziel stopped when she tried to jump out of the car, but then he dragged her back inside and hit her.

What Is Rams vs. Packers? An Elite Clash
He'll soon fill in for Alex Trebek (no, really). First, Aaron Rodgers and the Packers must face down the NFL's top defense.
4 mins ago

One More Matchup For The Ages?
Tom Brady and Drew Brees have faced countless big occasions before, yet Sunday’s showdown between the Bucs and Saints feels different.
10 mins ago

How To Win $250,000 On Rams-Packers
Will the Rams be able to slow down the Pack? If you make the right choices, you could win big in the Super 6 contest.
16 mins ago

A Problem in Houston
Deshaun Watson is not happy with the Texans, and his days might be numbered in Houston. How did we get to this point?
26 mins ago