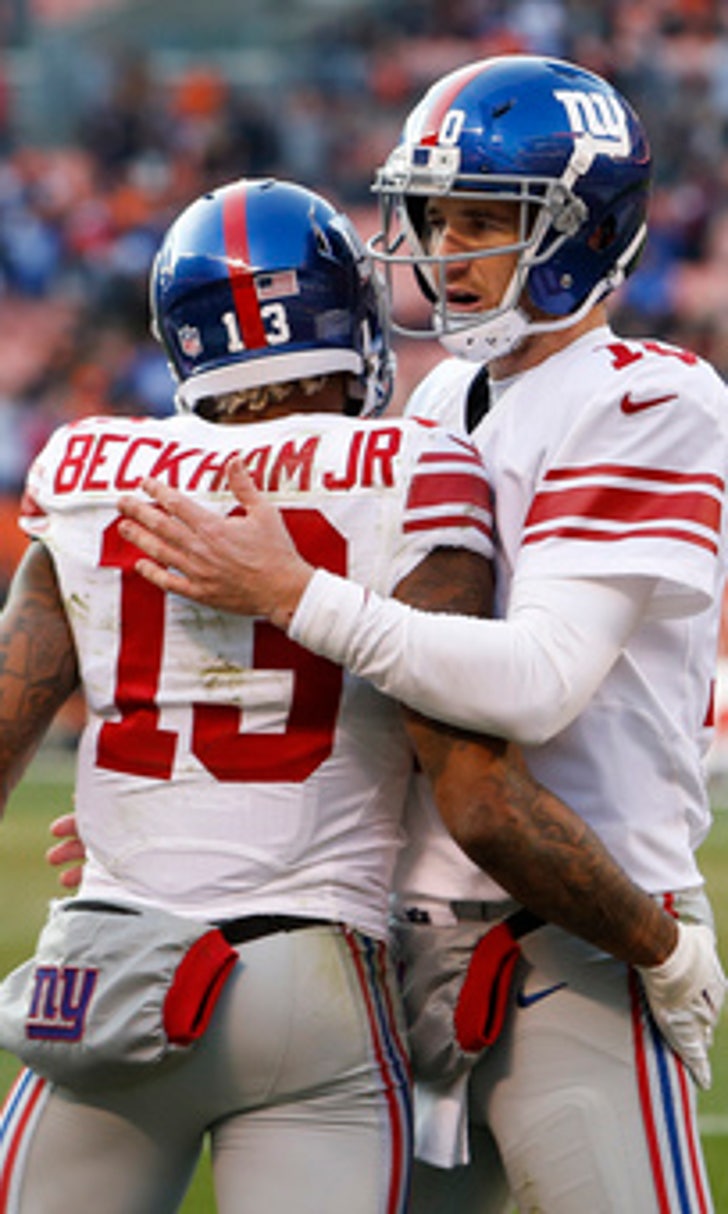 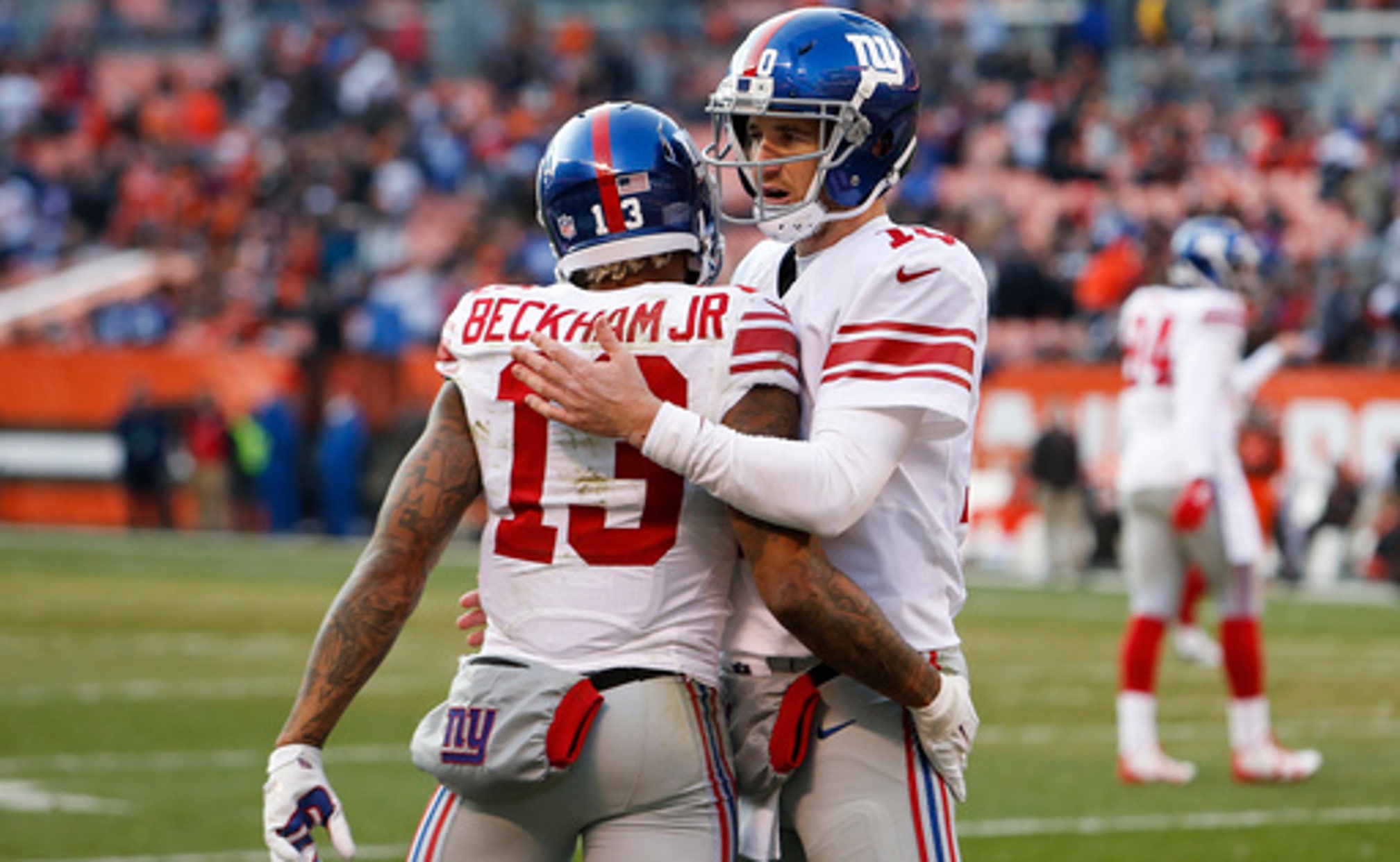 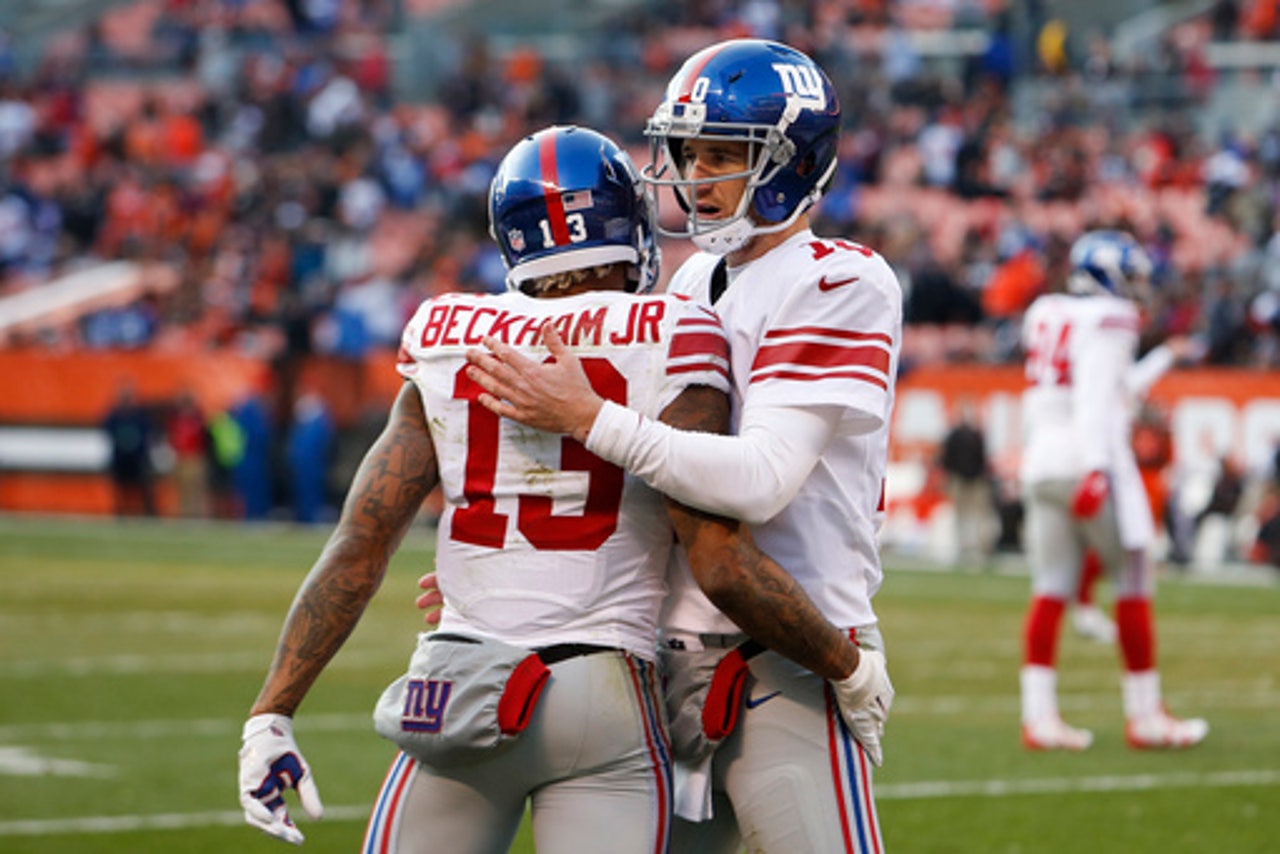 Manning had three TD passes as the Giants (8-3) won their sixth straight. They don't overwhelm anyone, but the Giants do just enough to win and are in position to make the playoffs for the first time since 2011.

Manning threw a 32-yard TD pass to Beckham in the second quarter and added a 4-yarder to the star wide receiver with 5:10 left to finally put away the Browns (0-12).

Cleveland has lost 15 in a row since last season. It is 3-30 since ending the 2014 season with five consecutive losses.

With the Giants leading 14-6, Pierre-Paul rumbled 43 yards for his third career TD.

The defensive end, who had three of New York's seven sacks, snagged the ball after McCown's arm was struck by Johnathan Hankins and raced to the end zone, putting the Giants ahead by two touchdowns. Robbie Gould missed the extra point, and that became a brief concern when McCown hooked up with Coleman with 8:17 left.

However, Manning responded with a 73-yard drive, connecting with Beckham for 41 yards, before the scoring strike.

This was the Giants' most lopsided win this season, but it was never easy as the Browns hung around for more than three quarters.

Manning's second TD pass gave the Giants a 14-3 lead in the second quarter.

Following a field goal by the Browns, Manning hit Beckham over the middle, and the fleet-footed wide receiver did the rest, pulling away from cornerback Joe Haden.

Cleveland had two chances in the first half to score touchdowns, but had to settle for field goals by Cody Parkey.

With Manning and New York's offense unable to get anything going, the Giants' defense came up with a turnover that led to the game's first points.

Defensive tackle Damon Harrison forced a fumble by Cleveland's Isaiah Crowell and Devon Kennard recovered it at the Browns 31.

With his 37-yard completion to Cruz in the second quarter, Manning moved past Hall of Famer Fran Tarkenton (47,003) for eighth place in career yards. Up next for Manning is Warren Moon (49,325), but he's got a long way to go to catch brother, Peyton, who finished with 71,940 yards.

Beckham went out briefly in the first quarter with an injured right thumb. He underwent X-rays and missed just one series before returning.

Browns running back Duke Johnson (stinger) and right guard John Greco (foot) were both hurt in the second half.

All Washed Up?
Drew Brees didn't look like himself on Monday night. Could the reality be that this is the new norm for the Saints legend?
6 hours ago

NFL Week 2 Injury Timetables
When will Saquon be back and at what capacity? Our in-house doctor breaks down some of the weekend's high-profile injuries.
6 hours ago

Making Themselves At Home
Derek Carr caught fire in Las Vegas' NFL debut as the Raiders stayed undefeated. Drew Brees and the Saints? Not so much.
19 hours ago

The Most Entertaining Team In Football
When it comes to the Cowboys, you never know what’s coming next. And that's half the fun, Martin Rogers writes.
21 hours ago
those were the latest stories
Want to see more?
View All Stories
Fox Sports™ and © 2020 Fox Media LLC and Fox Sports Interactive Media, LLC. All rights reserved. Use of this website (including any and all parts and components) constitutes your acceptance of these Terms of Use and Updated Privacy Policy. Advertising Choices. Do Not Sell my Personal Info