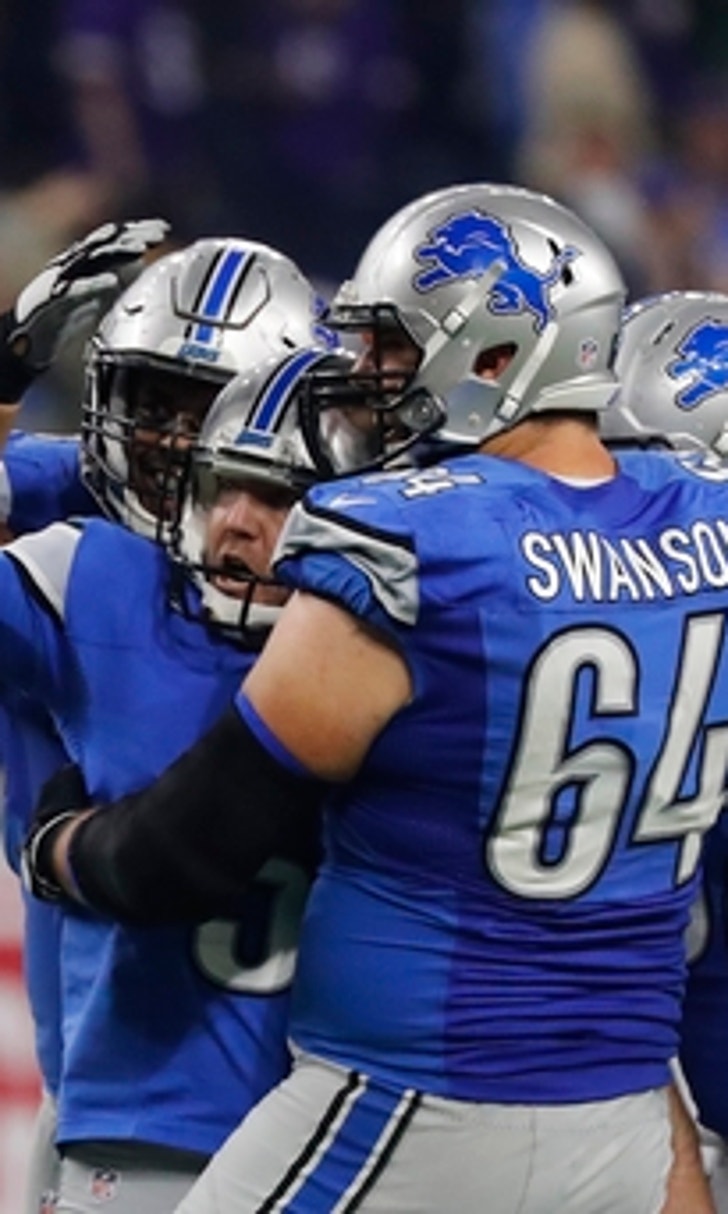 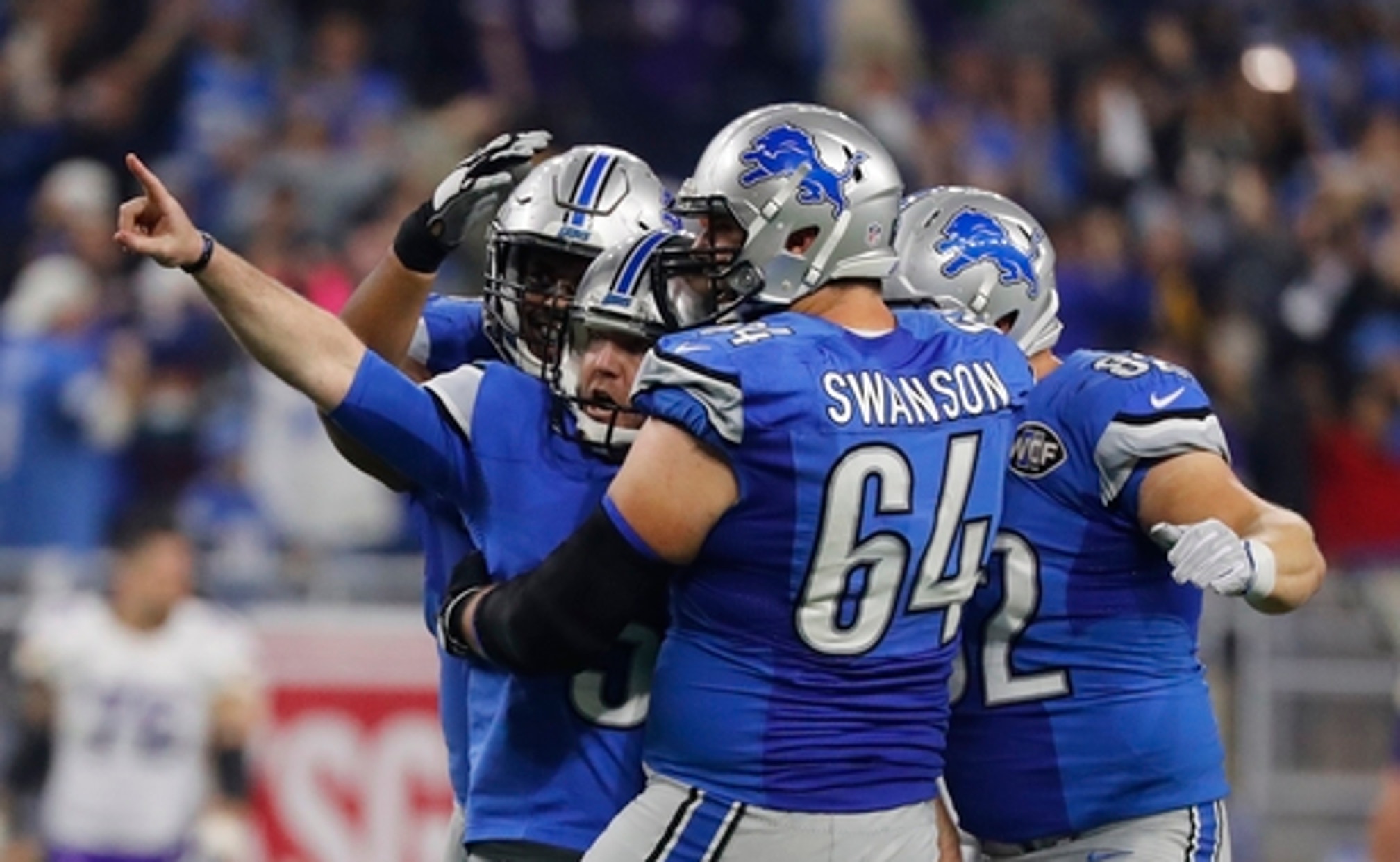 previous story
No. 10 Louisville beats Wichita State 62-52 in Bahamas
next story
Bradford's short passes not enough for Vikings against Lions 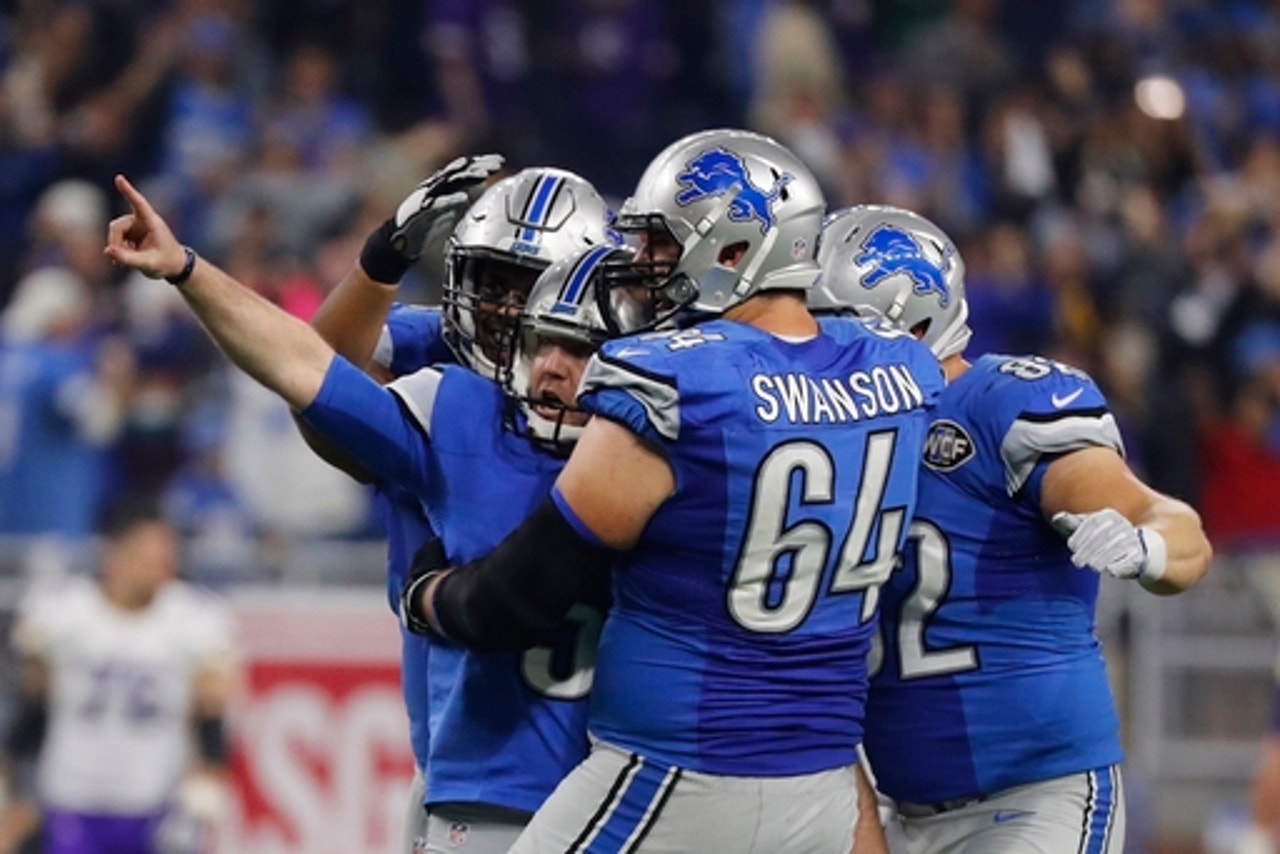 DETROIT (AP) Matt Prater kicked a 40-yard field goal as time expired after Darius Slay returned an interception 13 yards with 30 seconds left, lifting the Detroit Lions to a 16-13 win over the Minnesota Vikings on Thursday and into sole possession of first place in the NFC North.

The Lions (7-4) have won six of seven, including two against Minnesota this month, despite trailing in the fourth quarter of every game this season.

They extended their NFL record of having their first 11 games decided by seven or fewer points.

The Vikings (6-5) have lost five of six, plummeting out of first place after surging to the top of the division by winning their first five games.

Minnesota could have played for overtime on its last drive, but coach Mike Zimmer allowed Sam Bradford to throw and Slay made him regret it.

The standout cornerback stepped in front of Adam Thielen to pick off the pass and returned it to set up Prater for his fourth game-winning field goal late in games this season.

Prater made a game-tying 58-yard field goal at the end of regulation earlier this month at Minnesota and the Lions won in overtime.

If both teams finish the regular season tied atop the division, Detroit would win the tiebreaker.

Both teams had a 12-play, 75-yard touchdown drive to open the game with Matthew Stafford capping the first possession with a 2-yard touchdown pass to Anquan Boldin for the Lions and Matt Asiata ending the second drive with a 5-yard run to pull the Vikings into a tie.

Minnesota tied it at 10 midway through the third quarter on Kai Forbath's 30-yard field goal, which was set up by Jerick McKinnon's career-long 41-yard catch.

Forbath put the Vikings ahead for the first time, giving them a 13-10 lead early in the fourth on a 28-yard field goal after Cordarrelle Patterson gained 22 yards on a reverse .

That extended Detroit's run of trailing in the final quarter of every game this season.

And for the seventh time, the Lions rallied for a win to move a step closer toward winning a division title for the first time since 1993.

Minnesota didn't convert a third down until Bradford connected with Patterson late in the third quarter and finished 2 of 10 on third down. The Lions started 4 for 4 on third downs, then converted just two of their next 10.

Vikings: A banged-up offensive line took a hit in the first half when center Joe Berger was evaluated for a concussion, and wasn't cleared to return. The line took yet another blow midway through the fourth when guard Alex Boone had to be helped off the field. Minnesota started the game without receiver Stefon Diggs (knee), cornerback Terence Newman (neck) and punt returner Marcus Sherels (rib, ankle).

Lions: Linebacker DeAndre Levy was inactive, but appears to be closer to coming back from a knee injury that has kept him out since Week 1.

Vikings: In a week, Minnesota will host the NFC-leading Dallas Cowboys on Thursday night.

Lions: Detroit gets an extended break before playing Dec. 4 at New Orleans.

The Truth About Turf
The former head doctor for the Patriots analyzes 49ers head coach Kyle Shanahan's concerns about the MetLife field.
7 hours ago

Marshall's Keys: Cowboys vs. Seahawks
How can the Cowboys follow Week 2's miracle by handing the Seahawks their first loss? It starts with one alarming fact.
7 hours ago

The Value Of 0-2
History says a surprising group of NFL teams could be dangerous in Week 3. Jason McIntyre breaks down his top bets.
13 hours ago

Colin Cowherd's Blazin' 5 – Week 3
Colin officially has his eye on a few NFL trends so far this season, and he believes defense will be key in Week 3.
17 hours ago

Twitter Fingers: The Backwards Hat Debate
Colin Cowherd was unhappy with Carson Wentz's style choices after Philly's latest loss. And of course, Twitter had thoughts.
19 hours ago
those were the latest stories
Want to see more?
View All Stories
Fox Sports™ and © 2020 Fox Media LLC and Fox Sports Interactive Media, LLC. All rights reserved. Use of this website (including any and all parts and components) constitutes your acceptance of these Terms of Use and Updated Privacy Policy. Advertising Choices. Do Not Sell my Personal Info