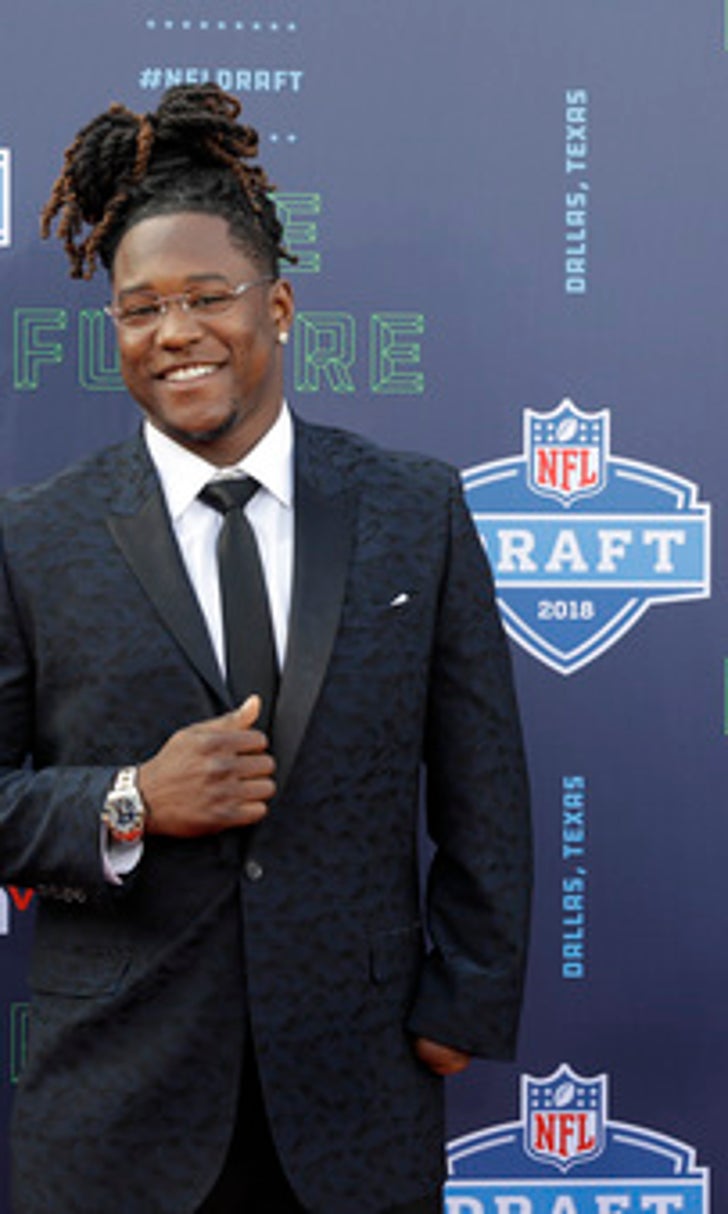 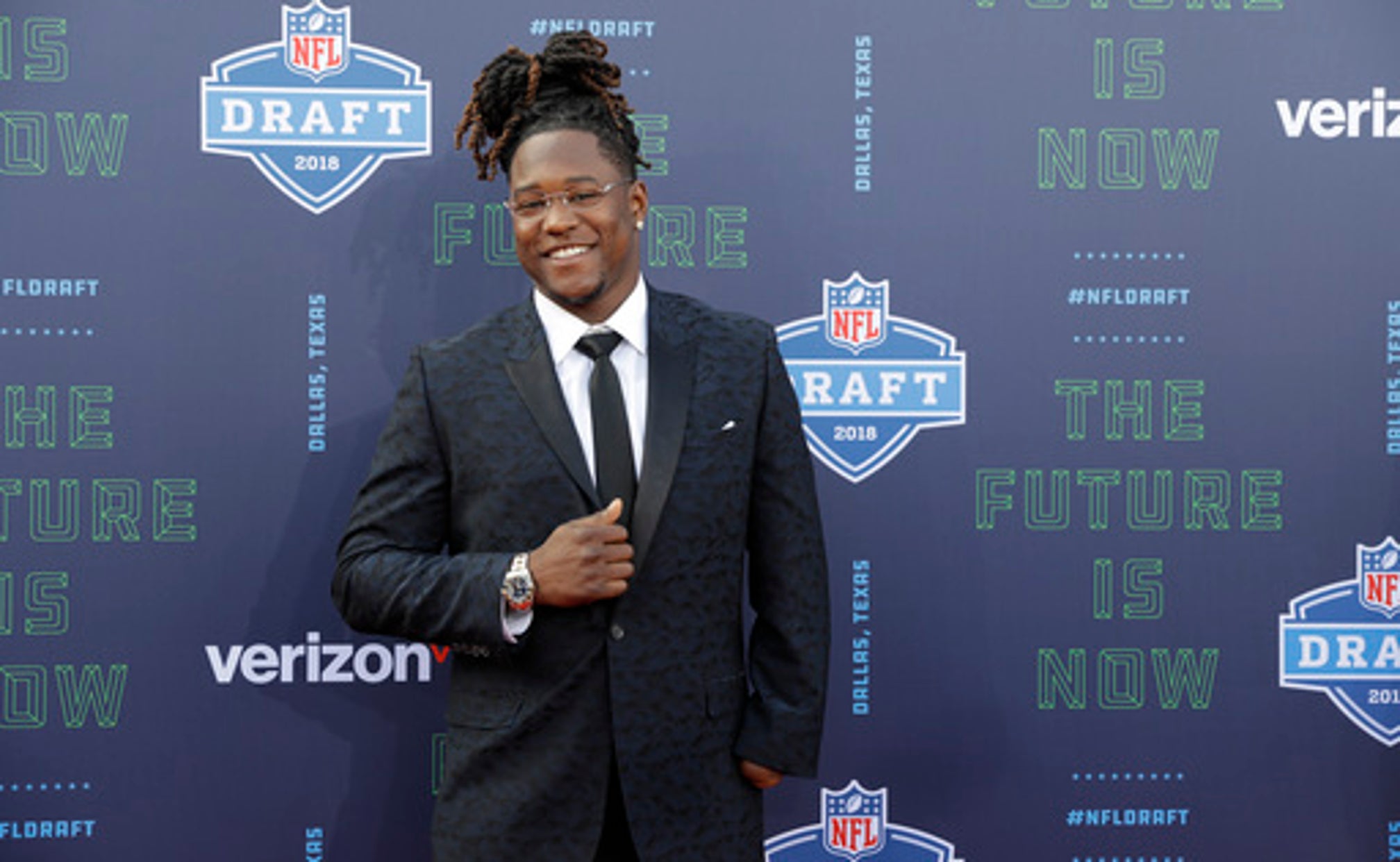 RENTON, Wash. (AP) Shaquem Griffin had walked away from his cellphone, on his way to use the restroom, when it buzzed. His twin brother, Shaquill, recognized the 425 area code that flashed on the screen and started charging after his brother.

''I think I was more scared of him tackling me in the bathroom and not knowing what was happening than anything,'' Shaquem said.

What already was the feel-good story of the NFL draft got an even better storybook ending on Saturday when the Central Florida star linebacker whose left hand was amputated when he was child was drafted by the Seattle Seahawks in the fifth round.

The phone call from Seattle general manager John Schneider set off a wild celebration within the Griffin family , which had gathered at a hotel in the Dallas area after Shaquem spent the first two days at the draft in Arlington, Texas, waiting for a phone call that never came. It was the Seahawks - the team that showed the most interest in Griffin from the start - who gave Shaquem the chance at his professional aspirations and with it a chance to be reunited with his brother.

Shaquill, who was a third-round pick by the Seahawks in 2017, became a starter in his rookie season. The brothers played together throughout their youth and at UCF before Shaquill entered the NFL a year earlier.

''I couldn't ask for anything (else) in the world than the opportunity to be back with him,'' Shaquem said.

Added Shaquill: ''I was going to be happy no matter what team that gave him the opportunity. At the end of the day that's all I wanted for him: for a team to give him a shot and give him an opportunity and take a chance on someone that is great.''

For Seattle coach Pete Carroll what stuck out as the interview the Seahawks conducted with Griffin at the scouting combine.

''He was just so expressive and so open to tell his story and tell what this opportunity meant to him in a way that moved us all,'' Carroll said. ''Just like those of you that have watched him he's an extraordinary young man. He has a lot of messaging that he's going to stand strong with and we're all going to grow from I think. And aside from that he's a really good football player.''

Griffin was the player everyone was hoping would get a shot in the NFL after being a star at UCF despite playing with just one hand. He was the American Athletic Conference defensive player of the year in 2016 and the MVP of UCF's Peach Bowl victory against Auburn last season when the Knights went 13-0.

A groundswell of support got him an invitation to the scouting combine in Indianapolis, where he stunned onlookers by bench-pressing 225 pounds a staggering 20 times with a prosthetic left hand and then covered the 40-yard dash in 4.38 seconds. The performance at the combine turned Shaquem into a star, but it didn't guarantee a team would give him a shot.

''It's just so much. I'm extremely blessed,'' Shaquem said. ''It definitely was a tough three days. A lot of anxiety these few days, but I am ready to get up there and go to work and start something great.''

Shaquem's position in the NFL is still to be determined. He was a force as an outside linebacker rushing off the edge at UCF, but at 6-foot and 227 pounds with blazing speed, he could transition to being the bigger safety Carroll likes to have on his defense. Carroll said the intent is to start Griffin at weakside linebacker and let him use his speed in different areas on the field.

Griffin's college coach Scott Frost tweeted ''About time,'' after the pick was made. Seattle general manager John Schneider said there was no extra pressure felt to draft Shaquem with his brother already on the roster.

''I think the thing that stood out to me was somebody told me they had sat down with (Shaquem) for five minutes and they gained the same inspiration from him as they did the first time they were able to sit down with John Wooden,'' Schneider said.

Griffin was waiting patiently in the green room through the first two days of the draft. He chose to spend the last day with his family at a nearby hotel watching. He sat through the entire fourth round without getting a call, but three picks into the fifth round the Seahawks called.

''It was up and down. The excitement, it's crazy because you're around so many great guys in that setting and you're in the green room and you're moving around and seeing how the anxiety is building up. Sometimes the pressure like that can break you and it is a lot of pressure,'' Shaquem said. ''But I knew how it was going to go. I knew I wasn't going to be a first-round pick or anything like that. It was me making sure I was enjoying the moment that I was here in Dallas.''