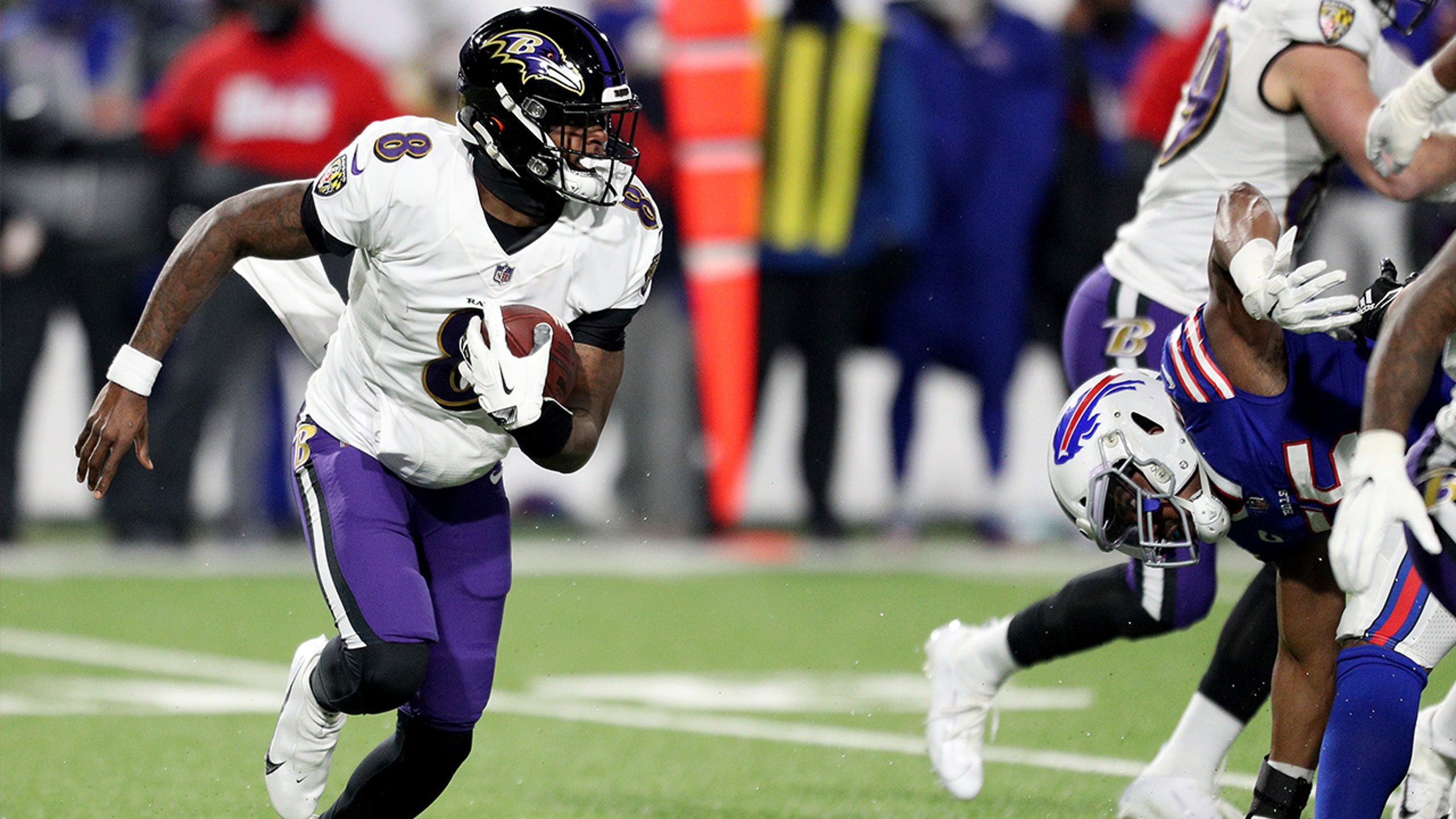 The Brinks truck could soon be backing up in Baltimore.

Going into his fourth season, Lamar Jackson is eligible to sign a long-term extension with the Ravens.

Although Jackson has two years of team control left on his rookie contract, Ravens executive VP and general manager Eric DeCosta stated earlier this week that he intends to open those discussions soon.

It's a route similar to those the Houston Texans, Philadelphia Eagles and Kansas City Chiefs took with Deshaun Watson, Carson Wentz and Patrick Mahomes, respectively, to name a few.

It's also a decision the Buffalo Bills are mulling with their star quarterback Josh Allen.

The question is: Can he live up to it?

That's a question many, including Emmanuel Acho of Speak For Yourself, are pondering.

Acho views Jackson in a light similar to that of an electric star in the NBA.

Despite Jackson's eye-popping numbers across three regular seasons ⁠— a 30-7 record, 68 passing touchdowns, 18 interceptions, 7,085 passing yards, 19 rushing TDs, 2,906 rushing yards and a 102.6 passer rating ⁠— he has struggled in his three appearances in the postseason.

That run-first philosophy the Ravens employ is one of the reasons ESPN's Max Kellerman ranked last year's MVP as the seventh quarterback he would take, given his pick of the litter.

"Lamar is trying to prove that what he can do works. It may work, and maybe he needs more help, but we need to see him prove it."

If you need evidence of the power of the passing game, look no further than this year's Super Bowl matchup, which pits the Chiefs ⁠— the league's No. 1 offense in passing yards per game ⁠— against the NFL's second-ranked passing offense in the Tampa Bay Buccaneers.

The Ravens, meanwhile, finished last in the NFL in that category.

If Jackson's style of play is prohibitive to winning when the games get tougher, couldn't the Ravens make adjustments?

A sea change might not be coming if head coach John Harbaugh has his way. Following Baltimore's playoff exit, Harbaugh defended the team's mentality and Jackson's role in the offense.

On First Things First, Brandon Marshall cautioned against that kind of thinking from Harbaugh.

To Marshall, the Ravens need to adapt the offense not only to win ⁠but also to keep Jackson healthy for the duration of the assumed long-term extension.

"If you continue with this, John Harbaugh, I give you guys three to four more years. ... What do you think is going to happen with this guy, asking him to run 15 times a game the way he does?"

To Marshall's point, the last image of Jackson on the field this season was him being helped off during a 17-3 divisional-round loss to the Bills.

It seems to be a matter of when, not if, Jackson will get his big-money extension with the Ravens ⁠— and whether it'll pay off down the line.

Dak Drama
The waiting game continues in Dallas as the Cowboys have yet to negotiate a deal with franchise quarterback Dak Prescott.
23 hours ago
those were the latest stories
Want to see more?
View All Stories
Fox Sports™ and © 2021 Fox Media LLC and Fox Sports Interactive Media, LLC. All rights reserved. Use of this website (including any and all parts and components) constitutes your acceptance of these Terms of Use and Updated Privacy Policy. Advertising Choices. Do Not Sell my Personal Info