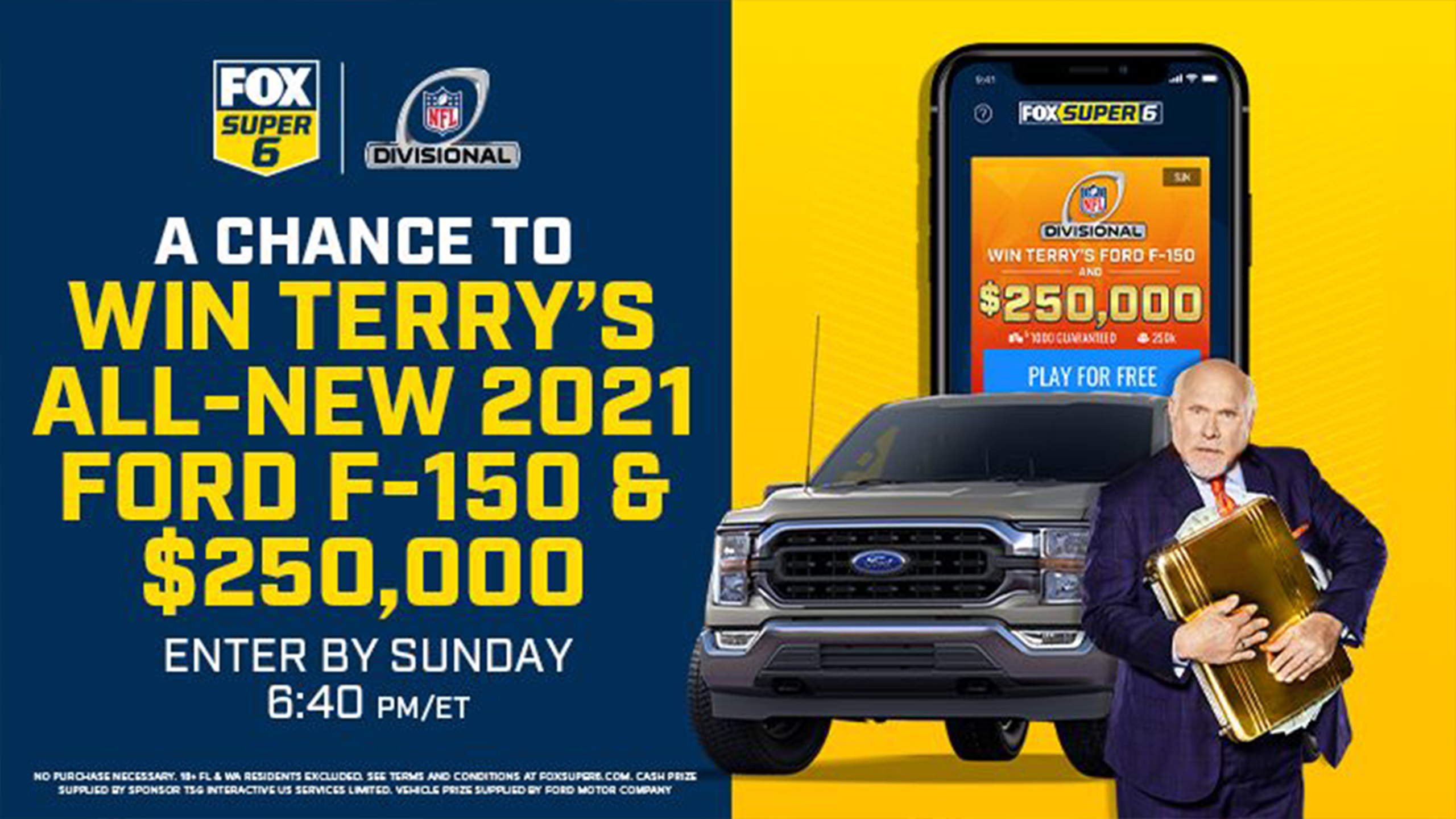 His team didn't make it to the postseason, but Jimmy from Virginia still has something to celebrate.

The game, which is free to play, offered $500,000, and Terry Bradshaw even threw in a brand-new 2021 Ford F-150 truck for a lucky player who entered the Bucs-Packers contest.

Jimmy was enjoying the game after entering both parts of the contest when he saw the news come across his TV screen.

"I was watching the game, and it was like, somebody from Virginia won. And I was like, 'Oh, that's crazy.' And then my phone was ringing off the hook, and I answered it – that's how I won the truck. I can't believe I won the truck.

"I really wasn't going to play because I never thought I would win anything. But I was like, 'I'll shoot my shot,' and I put my email in there and everything. I've always played the Super 6 app – I've always done it. I mean, if you have a chance to win, why not play, you know?"

Jimmy is an avid Super 6 player, citing NFL and NASCAR as his favorite sports to play and watch, and despite being from Virginia, he names the Carolina Panthers as his favorite team. Reigning Cup Series champion Chase Elliot is his favorite driver.

Jimmy has already placed his picks for Super Bowl LV, and he feels confident about his selection, believing it's never a good idea to bet against Tampa Bay Buccaneers quarterback Tom Brady in the postseason.

Jimmy's hoping those picks will cash come Feb. 7, but in the meantime, he's starting to plan his first trip with his new F-150.

"I definitely would drive to work just to show it off. After that, I might take it to the mountains or the beach or something like that – just to cruise."

You have the chance to win big, just like Jimmy did!

Both the Daytona 500 and Super Bowl LV offer contests, so make sure you download the FOX Super 6 app. The NFL Challenge contest offers a $500,000 jackpot, and the NASCAR Progressive Jackpot offers $25,000! Download now at foxsuper6.com!

'I have no desire to hurt you'
Fresh off a Super Bowl title, Ndamukong Suh stopped by "Club Shay Shay" to set the record straight on his style of play.
9 hours ago