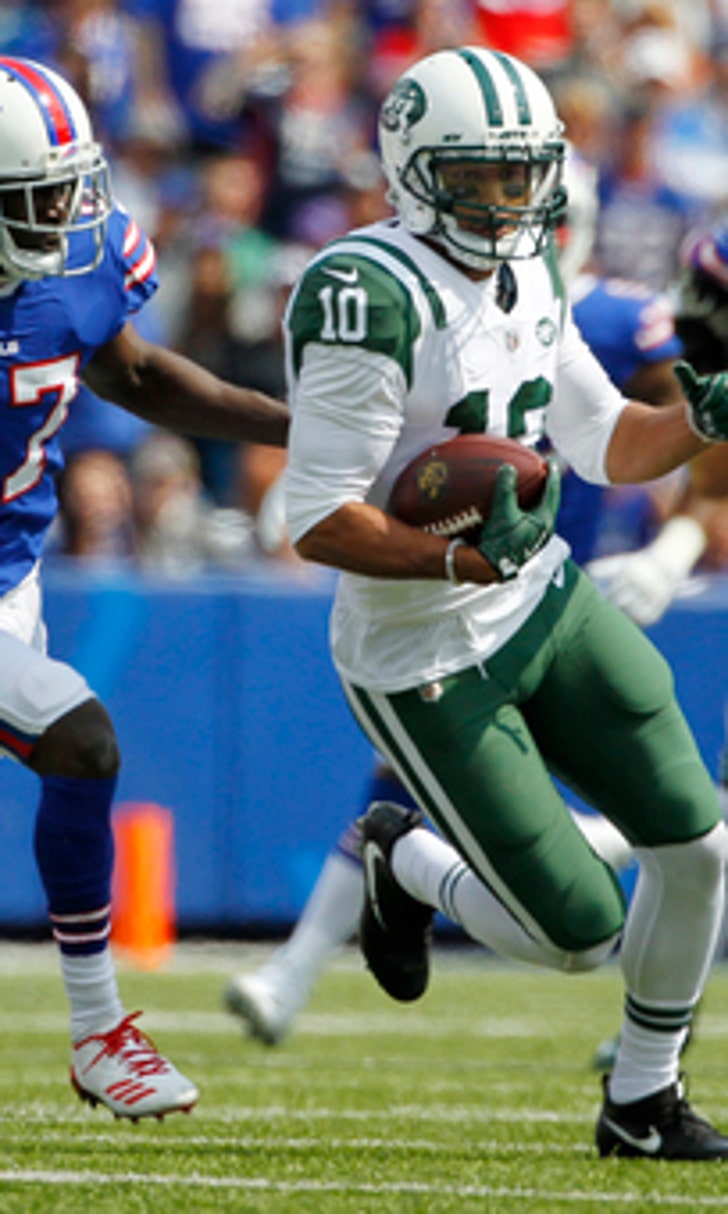 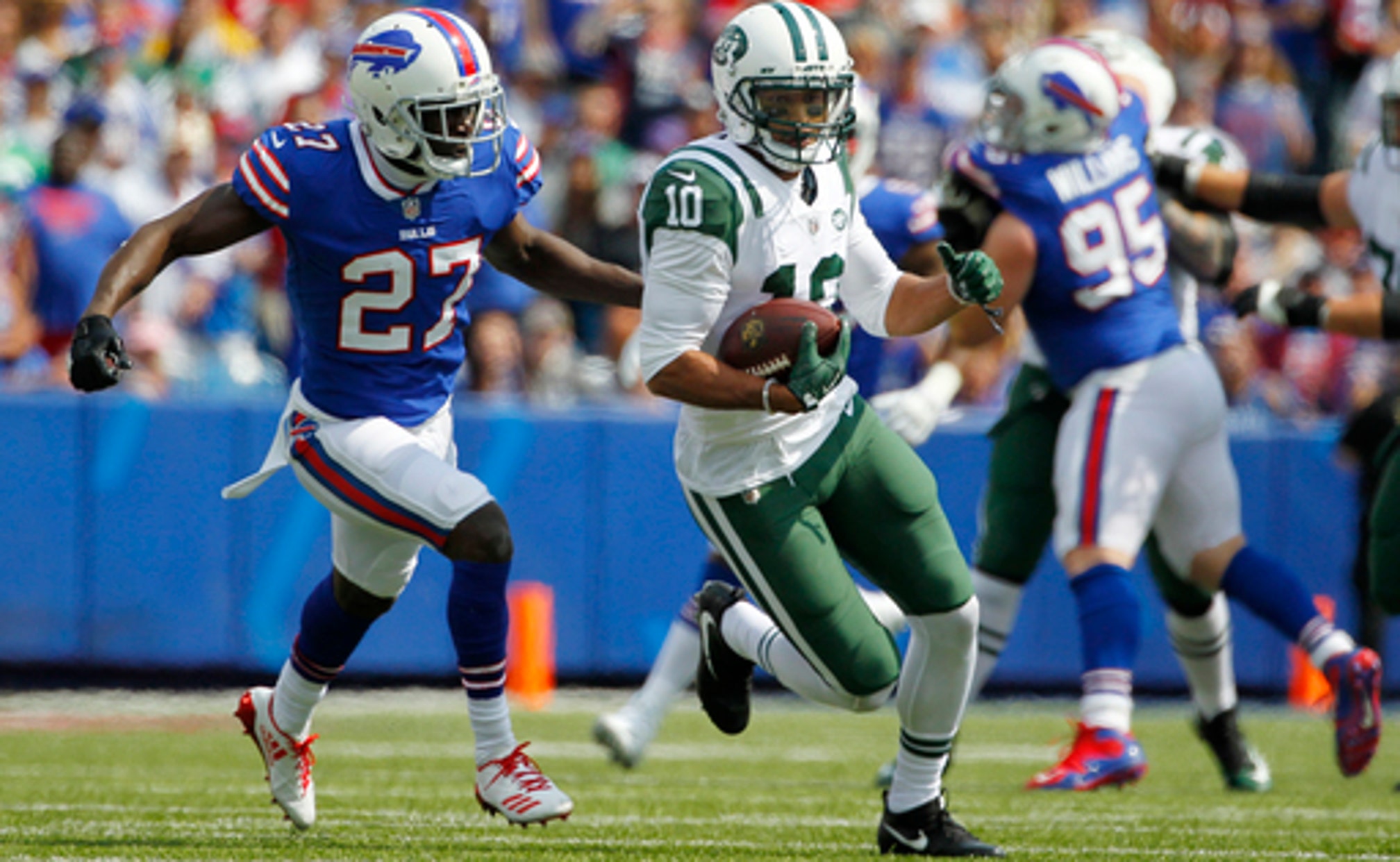 Jets' Kearse no fan of Raiders' home: 'I hate their field'

The New York Jets wide receiver played at Oakland-Alameda County Coliseum a couple of times while a member of the Seattle Seahawks, and there's one aspect about it that drives him crazy.

''To be honest, I hate their field,'' Kearse said with a big smile Wednesday. ''I can't stand that baseball part of the field.''

The Raiders share the stadium with the Oakland Athletics, so when both teams' seasons are underway simultaneously - as they are now - the field is converted from football to baseball, and vice versa. During Raiders games, the baseball diamond and infield dirt can be seen stretching from about the 50-yard line to the 20 on either side, with the football yard lines marked off across the field.

Kearse and the Jets will play at Oakland on Sunday.

''It comes with it,'' said Kearse, who last played there a few weeks ago for a preseason game with the Seahawks before being traded to the Jets. ''You just have to tough it up and just go out there and play.''

Despite that criticism, Kearse enjoys the atmosphere that the costumed crowd - The Black Hole - brings to Raiders home games.

Jets quarterback Josh McCown played for the Raiders in 2007 and has experienced it from both sides - as a home player and as a visitor.

''They love their team and it's a rowdy atmosphere and they are behind their guys 100 percent,'' McCown said. ''So it'll be a fun place, a fun environment to go into and play and enjoy it. I've already told some of the guys, they asked me what's it like, and we joke about it is kind of like Halloween. Those people, they go all out, and you love it. That's what having great fans is about, and so it will be fun to be a part of that environment and hopefully go in there and get a win.''

The Black Hole will be on the move soon, though. The Raiders were approved by the NFL to move to Nevada in 2020, and they plan to play at least two and possibly three seasons in Oakland.