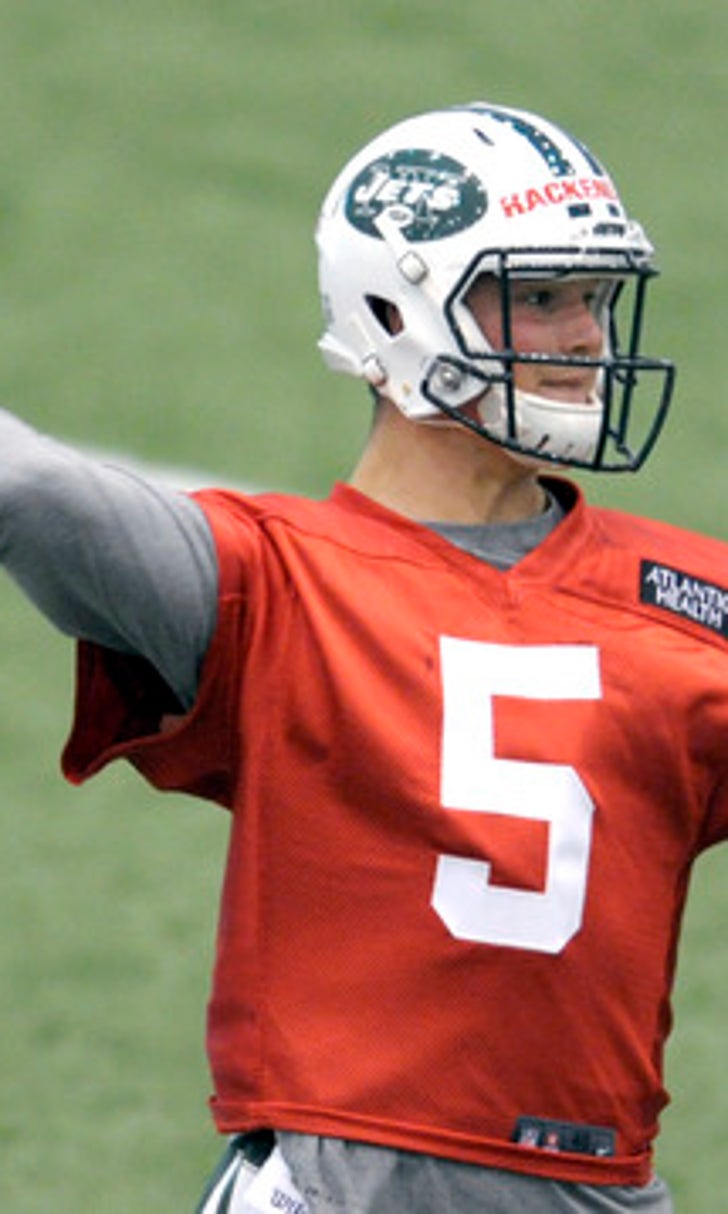 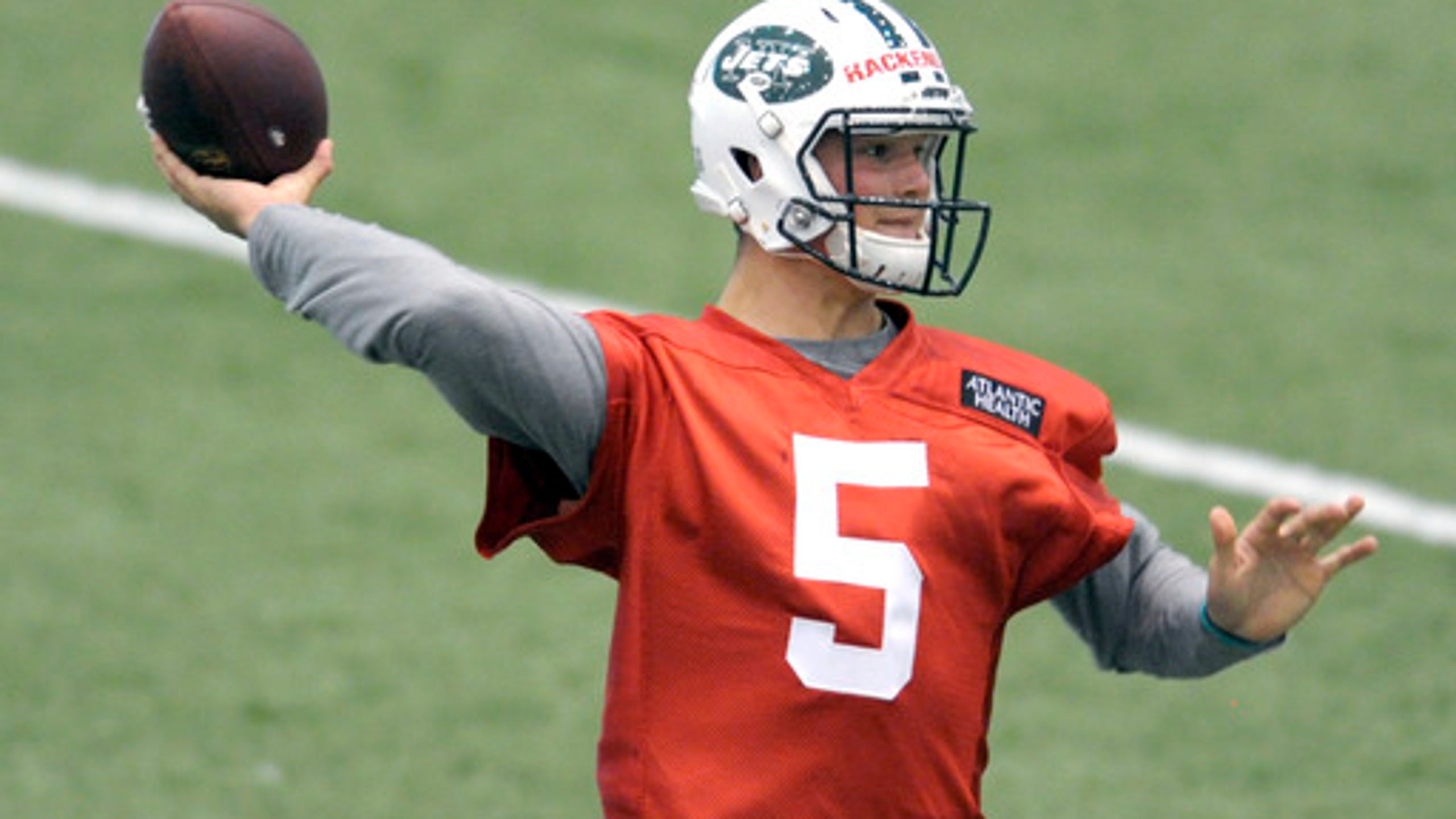 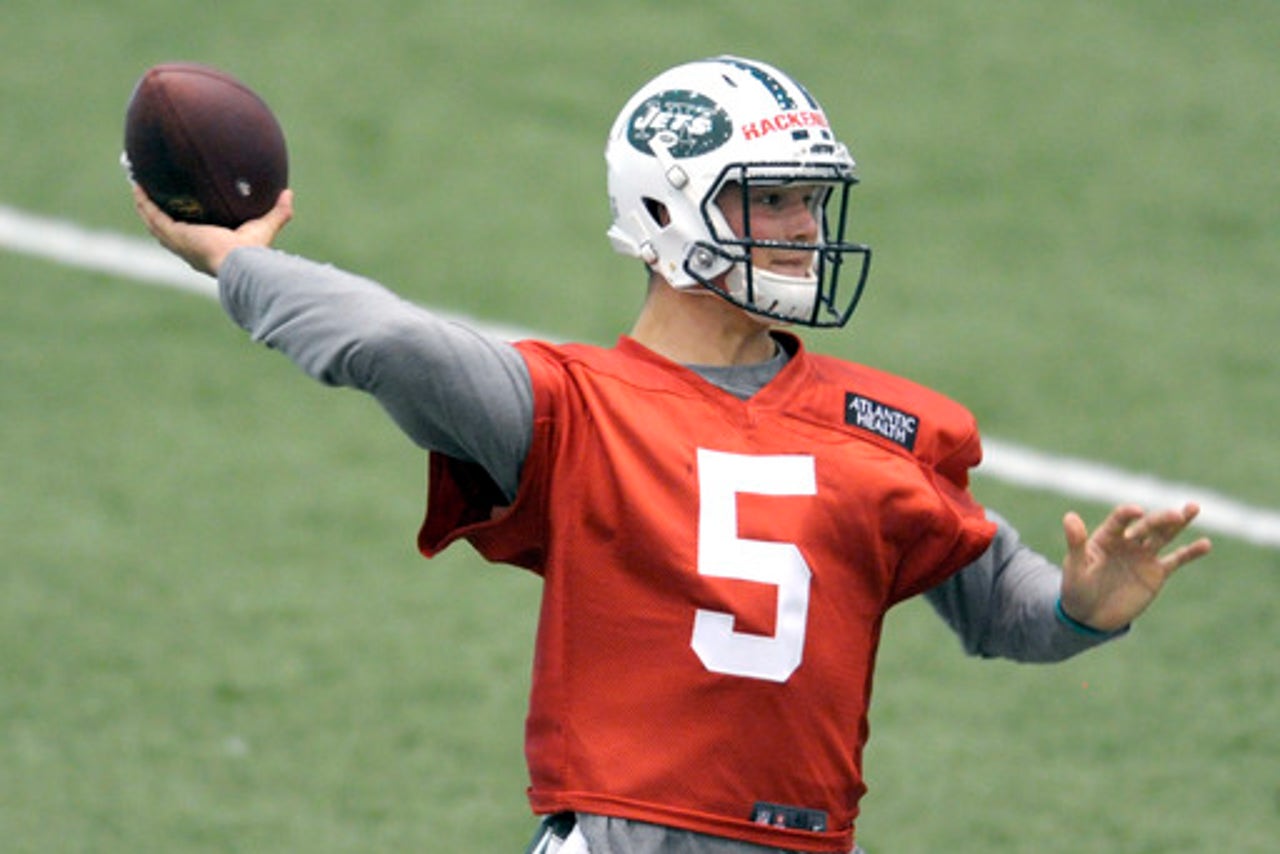 FLORHAM PARK, N.J. (AP) Christian Hackenberg is used to all the scrutiny, the varying opinions about his skills and what he can and can't do on a football field.

The New York Jets' second-round draft pick is in the NFL now, and he just might be a future franchise quarterback. For now, though, Hackenberg is simply ready to move on from an up-and-down career at Penn State that made him one of the most polarizing players in the draft.

''I think you're defined by how you react to adversity and how you're able to get back up,'' Hackenberg said before his first rookie minicamp practice Friday. ''So, I think ultimately having to go through that at a young age and doing it through college is only going to help me in the long run. That's how I compartmentalize that. It's really been a stepping stone for me moving forward. I think it's only going to help.''

His path was a bit uncertain for a while, especially depending on who you asked.

As a standout in high school at Fork Union Military Academy in Virginia, ESPN ranked him as the best pro-style quarterback recruit. He turned down several schools, such as Alabama, Florida and Tennessee, to go to Penn State - and maintained his commitment despite the NCAA sanctions against the Nittany Lions in the wake of the Jerry Sandusky sex abuse scandal.

Hackenberg had a terrific freshman season, throwing for 20 touchdowns and 2,955 yards under then-coach Bill O'Brien. But he seemed to regress after O'Brien left to become coach of the Houston Texans. He threw 28 TD passes, but also had 21 interceptions over the next two years, and was sacked a whopping 104 times in three seasons.

He declared for the draft after his junior season and finished as the school's career leader in several passing categories, but was still criticized for flawed footwork and accuracy issues. Hackenberg went from being a possible No. 1 overall pick to a sixth- or seventh-rounder in some projections. The Jets, however, liked enough of what they saw to take him with their second pick in the draft.

''I'm here right now and I think that's really what I'm focused on,'' Hackenberg said of the criticisms. ''I've kind of buried that, so it's a great, fresh start, and I'm really excited about moving forward and doing what I need to do here.''

Hackenberg also insisted that all the doubters and naysayers don't add any added motivation.

''Not really,'' he said. ''I'm here now, so for me, I don't think any of those guys are harder on me than I am. I hold myself to a pretty high standard and know where I've got to get better.''

During his first practice in the pros, Hackenberg was, not surprisingly, up and down with some of his throws. A highlight came when he tossed a perfectly placed 35-yard pass into Titus Davis' hands.

''We knew he had a strong arm,'' coach Todd Bowles said, ''but right now, it's all about learning, understanding the system and getting the guys acclimated.''

Ryan Fitzpatrick remains unsigned, although the Jets maintain their focus is on re-signing the veteran quarterback. Geno Smith, a second-rounder in 2013 with lots of starting experience, is slotted to be the starter at the moment - at least until Fitzpatrick returns - while Bryce Petty, a fourth-rounder last year, will compete for a backup role.

That leaves Hackenberg with some time to ease into the NFL, and it gives the Jets' coaching staff an opportunity to strip back the flaws that hampered him the last few years. And to try to build him back into the quarterback who was so impressive a prospect a few years ago.

''It just goes back to being able to come in here and earn my stripes with the older guys and work and be able to focus on some things we all need to get better at, and see where my role is,'' Hackenberg said. ''Just being able to get comfortable here and feel great about the direction we're headed.''

In his freshman year under O'Brien, Hackenberg performed well in the pro-style offense. With the Jets, Chan Gailey also runs a version of that system, which should help the young quarterback acclimate quickly.

''There are some similarities,'' Hackenberg said. ''I'm sure as the progression continues with what we're doing and installing, I'll be able to draw some more comparisons, but it has definitely helped.''

After all the uncertainty over his future, Hackenberg is back on a football field, now with the Jets - and maybe someday as their face of the franchise.

Brady vs. Mahomes: A Clash Of Titans
Patrick Mahomes is set to take on Tom Brady in a Super Bowl matchup that’s as juicy as it gets in both star power and context.
9 hours ago

The Scenic Route
Is taking the Buccaneers from the wild card to the Super Bowl the greatest accomplishment of Tom Brady's career?
12 hours ago

Catching K.C.
After the Chiefs' offensive explosion against the Bills, pundits are left wondering if Kansas City is the next NFL dynasty.
15 hours ago

Breaking Down The Early Super Bowl Odds
Where did the point spread open? How has it moved? And where is the early value? Jason McIntyre explains what you need to know.
18 hours ago

Packing His Bags?
Aaron Rodgers left his Green Bay future up in the air following another loss in the NFC title game. What's his angle?
18 hours ago
those were the latest stories
Want to see more?
View All Stories
Fox Sports™ and © 2021 Fox Media LLC and Fox Sports Interactive Media, LLC. All rights reserved. Use of this website (including any and all parts and components) constitutes your acceptance of these Terms of Use and Updated Privacy Policy. Advertising Choices. Do Not Sell my Personal Info