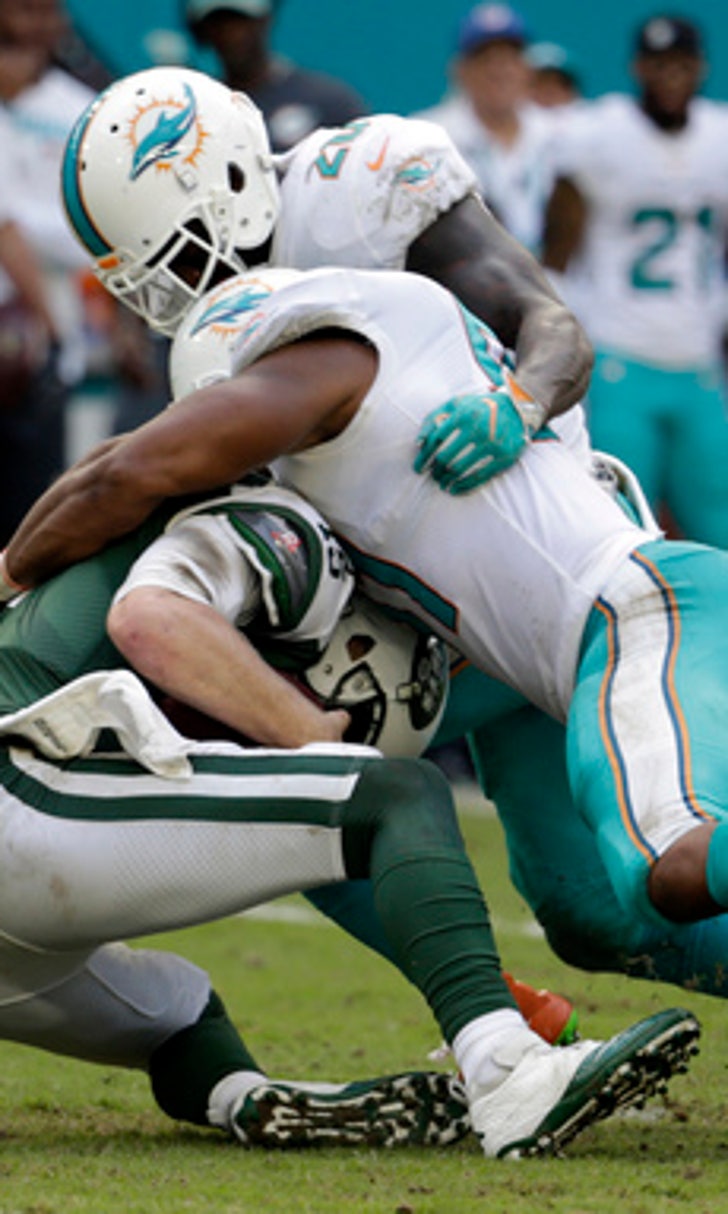 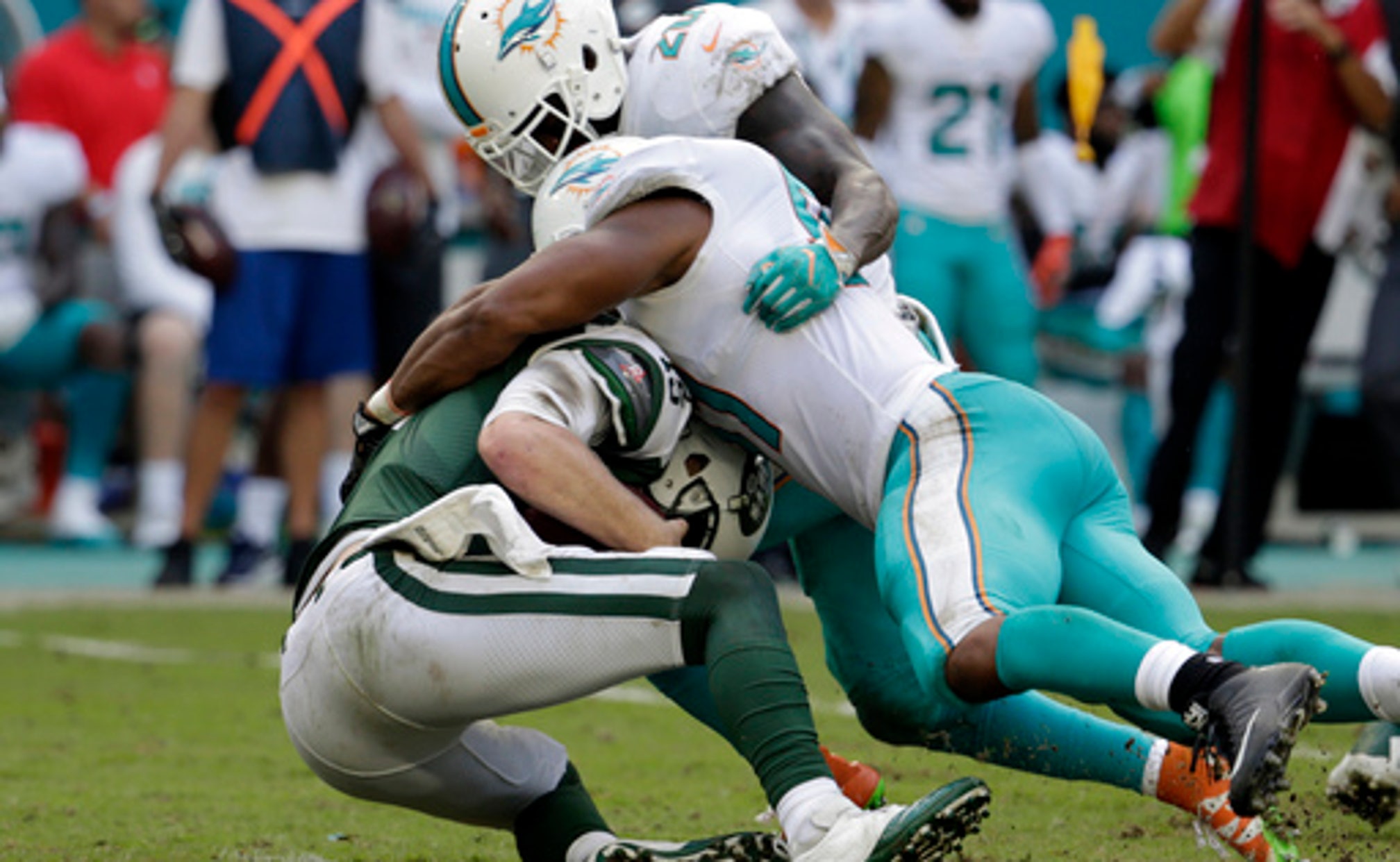 Jets frustrated after 4th-quarter collapse in loss at Miami

MIAMI GARDENS, Fla. (AP) The New York Jets refused to go down quietly. After their fourth-quarter meltdown Sunday against the Miami Dolphins, there was some angry shouting in the locker room behind closed doors.

Quarterback Josh McCown said defensive tackle Muhammad Wilkerson was rallying his teammates. But it was Dolphins' rally that will be remembered after their 31-28 comeback victory Sunday.

''A lot of frustration. You heard it,'' McCown said. ''There are a lot of emotions, and frustration is high on that list. The head of that frustration was, `Let's rebound,' and Mo did a good job of hammering that home.''

Regrouping will be a challenge after the Jets (3-4) lost a heartbreaker for the second week in a row. They play Atlanta at home next Sunday.

The defeat came a week after a disputed call was the difference in a loss to the New England Patriots.

A hit by Jets linebacker Jordan Jenkins early in the third quarter sidelined Miami quarterback Jay Cutler with a chest injury. But backup Matt Moore threw two touchdown passes in the fourth quarter to tie the game, and McCown then spoiled perhaps his best performance of the year with an ugly, costly interception.

The Jets were at their own 15 with 47 seconds left when McCown tried to hit Jermaine Kearse. The Dolphins' Bobby McCain picked off the pass, which set up Cody Parkey's winning field goal.

''They rotated coverage,'' McCown said. ''The guy was underneath the throw.''

McCown said he tried to stopped his arm motion, but saw McCain too late.

Bowles said he decided to be aggressive in the final minute because the Jets still had all three of their timeouts. And his quarterback had already thrown three touchdown passes.

''Coach trusted me and the offense with that,'' McCown said, ''and we let him down.''

Receiver Robby Anderson punctuated the Jets' meltdown by spiking his helmet in the final seconds. Bowles was asked if the second-year pro needs to grow up.

Bowles seemed more upset about the Jets' 12 penalties for 124 yards.

''Too many,'' Bowles said. ''Until we learn that lesson, it's going to be tough sledding.''