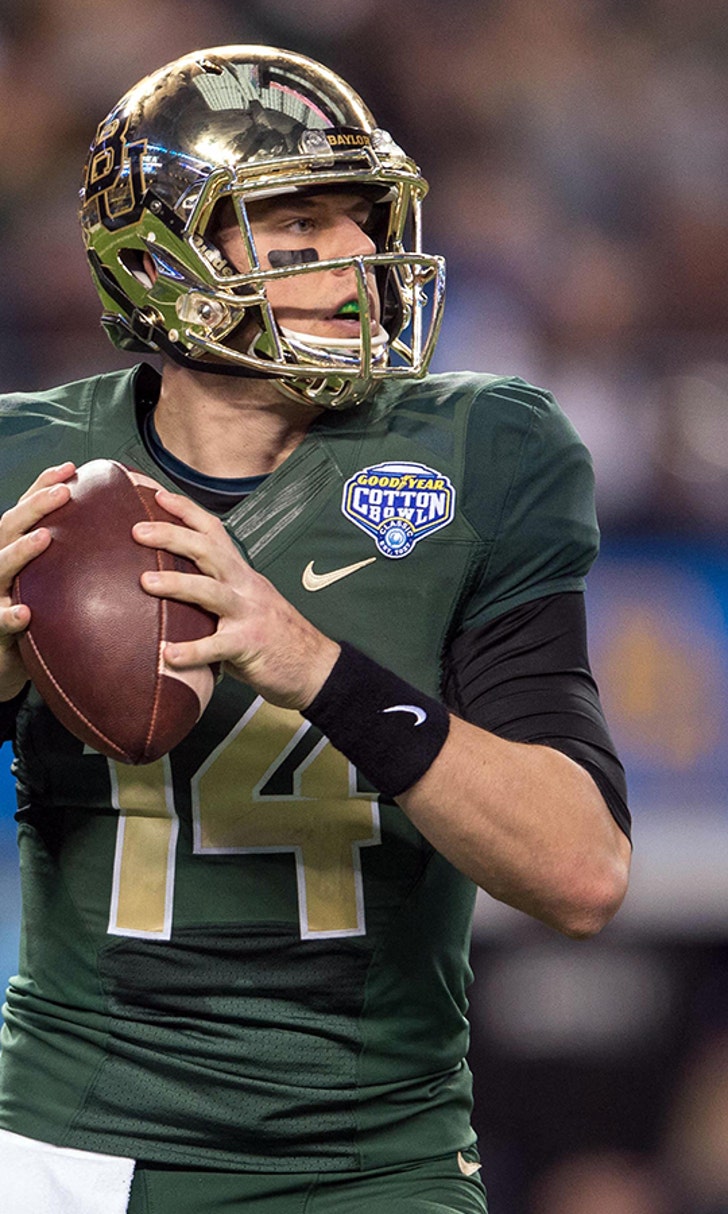 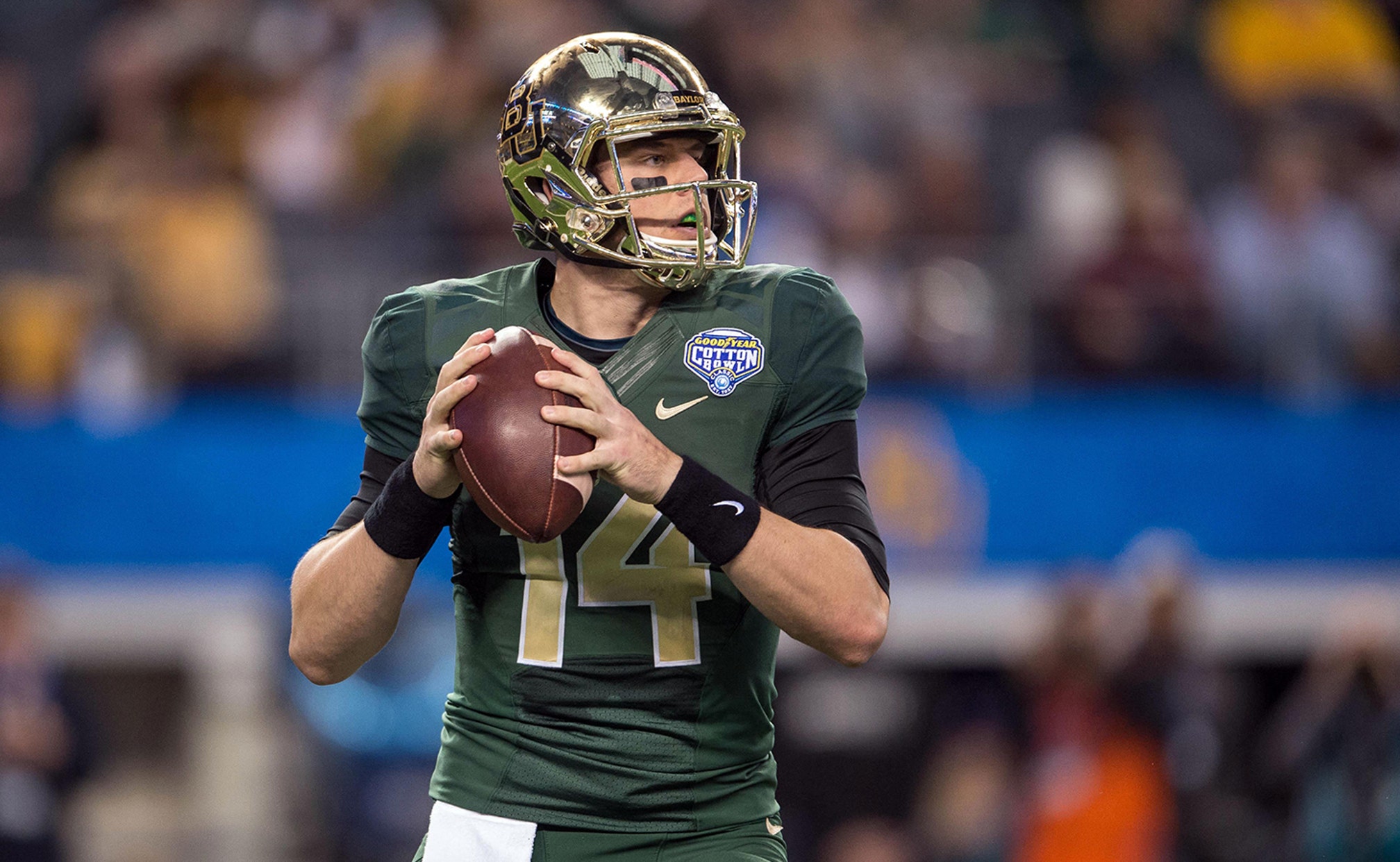 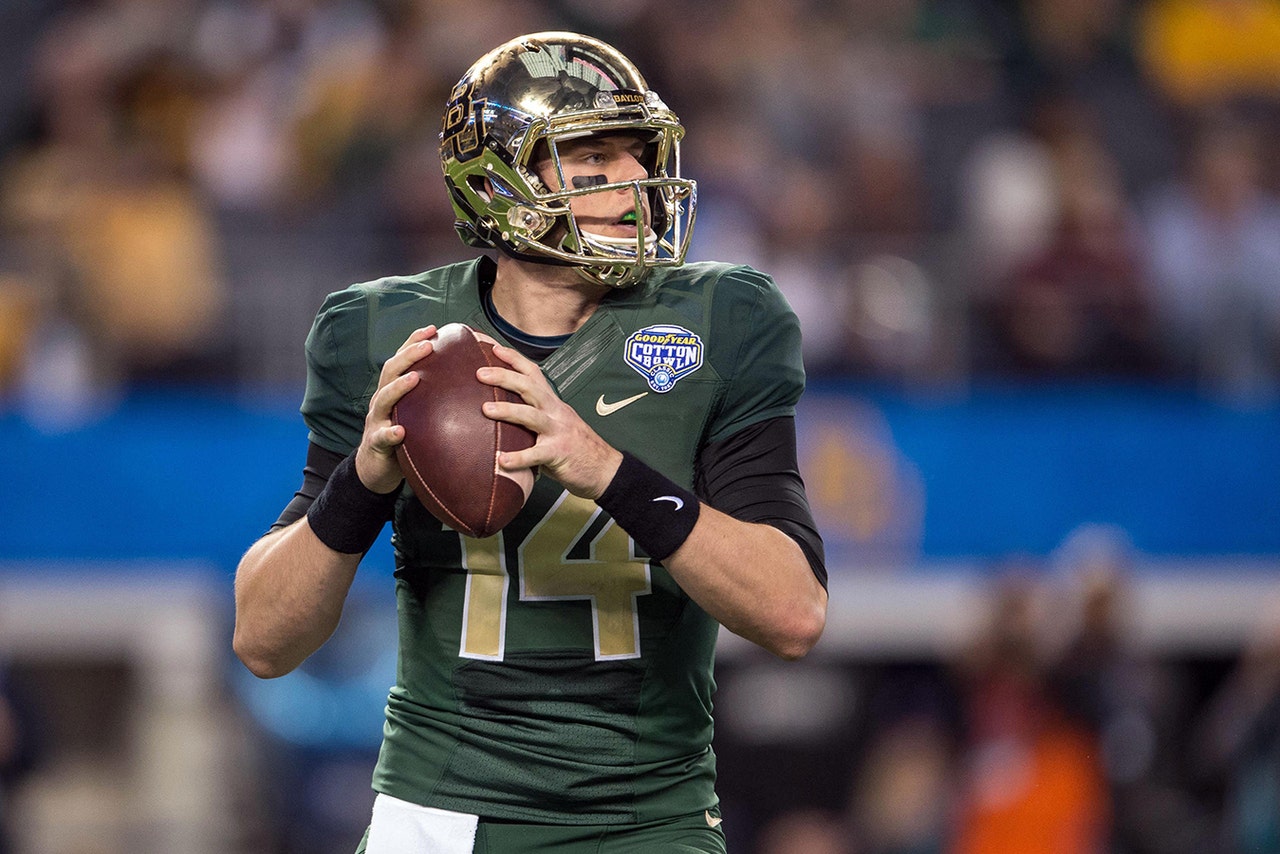 The New York Jets added another quarterback to the mix, and then acquired a versatile running back on the final day of the NFL draft.

Baylor quarterback Bryce Petty was selected with the Jets' fourth-round pick after the team moved up one spot Saturday in a trade with the Jacksonville Jaguars.

The Jets later dealt their final pick, No. 224, to St. Louis for running back Zac Stacy, who wrote "yikes" on Twitter shortly after the Rams drafted Georgia running back Todd Gurley in the first round Thursday night. The tweet was later deleted, but it was clear Stacy was not happy and wanted a change of scenery — and the Jets were able to acquire a pass-catching threat out of the backfield.

Stacy, who ran for 293 yards last season and caught 18 passes for 152 yards, joins a backfield that includes Chris Ivory, Bilal Powell, Stevan Ridley and Daryl Richardson. Stacy had 973 yards rushing as a rookie in 2013, but took a backseat to Tre Mason last season and figured to see even less action with Gurley on the team.

The Jets gave up the 104th pick and a seventh-rounder (No. 229) to the Jaguars to move up to take Petty.

In the fifth round, New York selected Texas A&M offensive lineman Jarvis Harrison, who played left guard and left tackle in his senior season. With their final pick, No. 223, the Jets took Northwestern State defensive tackle Deon Simon in the seventh round.

Petty, who threw 61 touchdowns the last two seasons, will work with Geno Smith, the starter the last two seasons, veteran Ryan Fitzpatrick, who is recovering from a broken leg that cut short his season last year, and Matt Simms. Coach Todd Bowles recently said the Jets hoped to add another quarterback, either in the draft or free agency.

"That was the longest 48 hours I've ever had in my life," Petty said during a conference call shortly after he was selected. "To get that call was, honestly, unbelievable."

The 6-foot-3, 230-pound Petty has an impressive resume: He was the consensus 2013 Big 12 offensive player of the year, led Baylor to a 21-4 record as a starter and consecutive conference championships, and he holds 31 school records. His 1.18 career interception percentage is an NCAA record after throwing for 62 TDs and just 10 INTs in 845 attempts at Baylor.

He was the fifth quarterback taken, but felt he might have been a bit underrated heading into the draft. Petty has a terrific arm, but played in a quarterback-friendly offense that had some scouts wondering if he could adjust to the complexities of an NFL system.

"It's all about the person," Petty said. "My desire is to be the best, regardless of what system I'm in. What I was asked to do in college, it was different, but it's not because I couldn't do a pro-style offense or West Coast-offense or whatever. It's what I was told to do, and I did it."

Petty will likely not be rushed or be expected to compete for the starting job this season. He can sit and learn offensive coordinator Chan Gailey's system and continue to develop.

"I'm going to work to be the best," he said. "That's something I've always wanted to do, and what I've always strived to do, whether that be as a starter or a backup. That's up to the coaches, and my job is to have a great attitude about it, be a great teammate and learn all I can from guys who have been there and done that."

Petty made a predraft visit to the Jets' facility, and felt comfortable from the moment he walked through the door.

"It just kind of felt like home — home away from home, really," said Petty, who's from Midlothian, Texas.

He said the Jets went through a little bit of Gailey's spread-style offense during his visit with the team, and saw some similarities to what he ran at Baylor.

"As far as being able to relate, being familiar with things, it was great," Petty said. "It's definitely an offense that your guys can have fun with."

The 6-4, 325-pound Harrison, from Navasota, Texas, is a versatile lineman who could serve as a backup, but said his preferred position is guard. He missed the first two games of last season while recovering from offseason shoulder surgery, but played the final 11 games, including starting the final eight.

Washington Runs Over Cowboys
Antonio Gibson's huge day gave Washington an important victory against the Cowboys and first place in the NFC East.
8 hours ago

What Sports Fans Can Be Thankful For
2020 has been a year unlike any other. As Martin Rogers writes, sports have been there for us the entire time.
13 hours ago
those were the latest stories
Want to see more?
View All Stories
Fox Sports™ and © 2020 Fox Media LLC and Fox Sports Interactive Media, LLC. All rights reserved. Use of this website (including any and all parts and components) constitutes your acceptance of these Terms of Use and Updated Privacy Policy. Advertising Choices. Do Not Sell my Personal Info