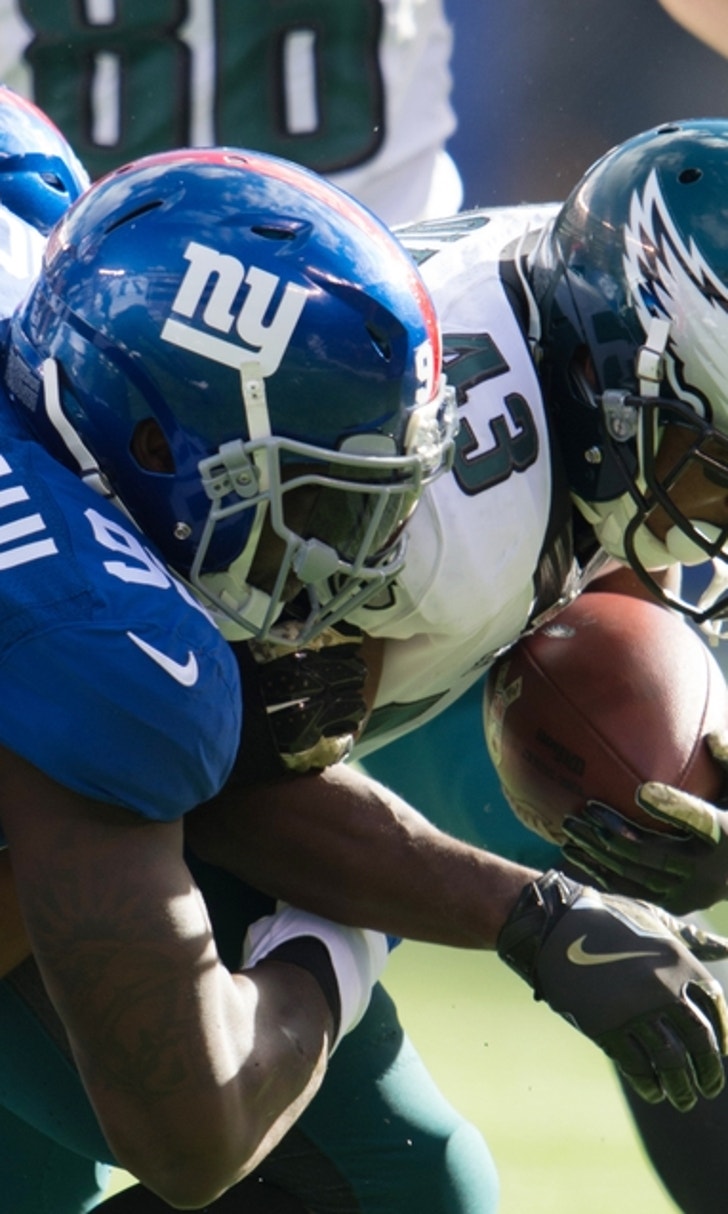 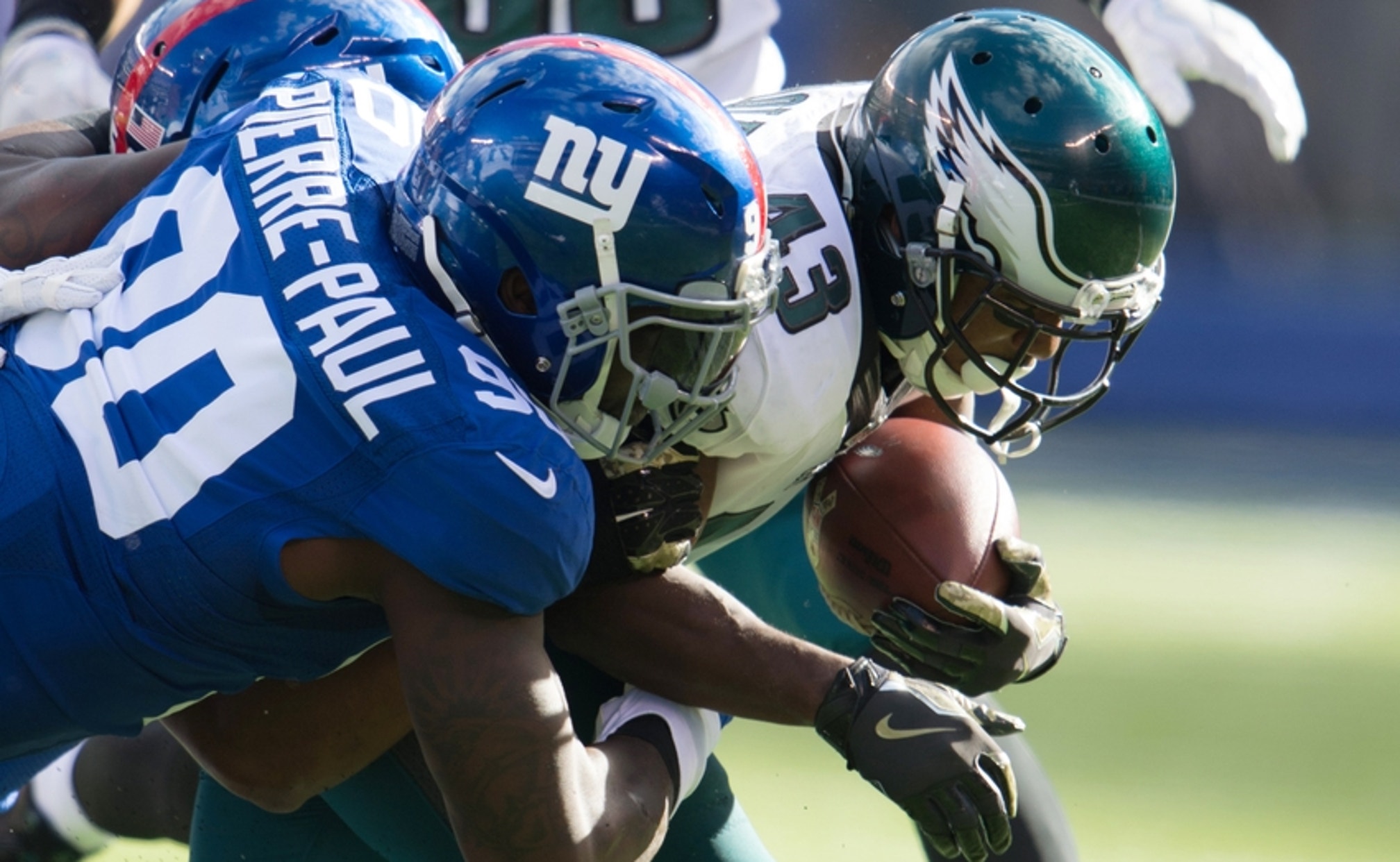 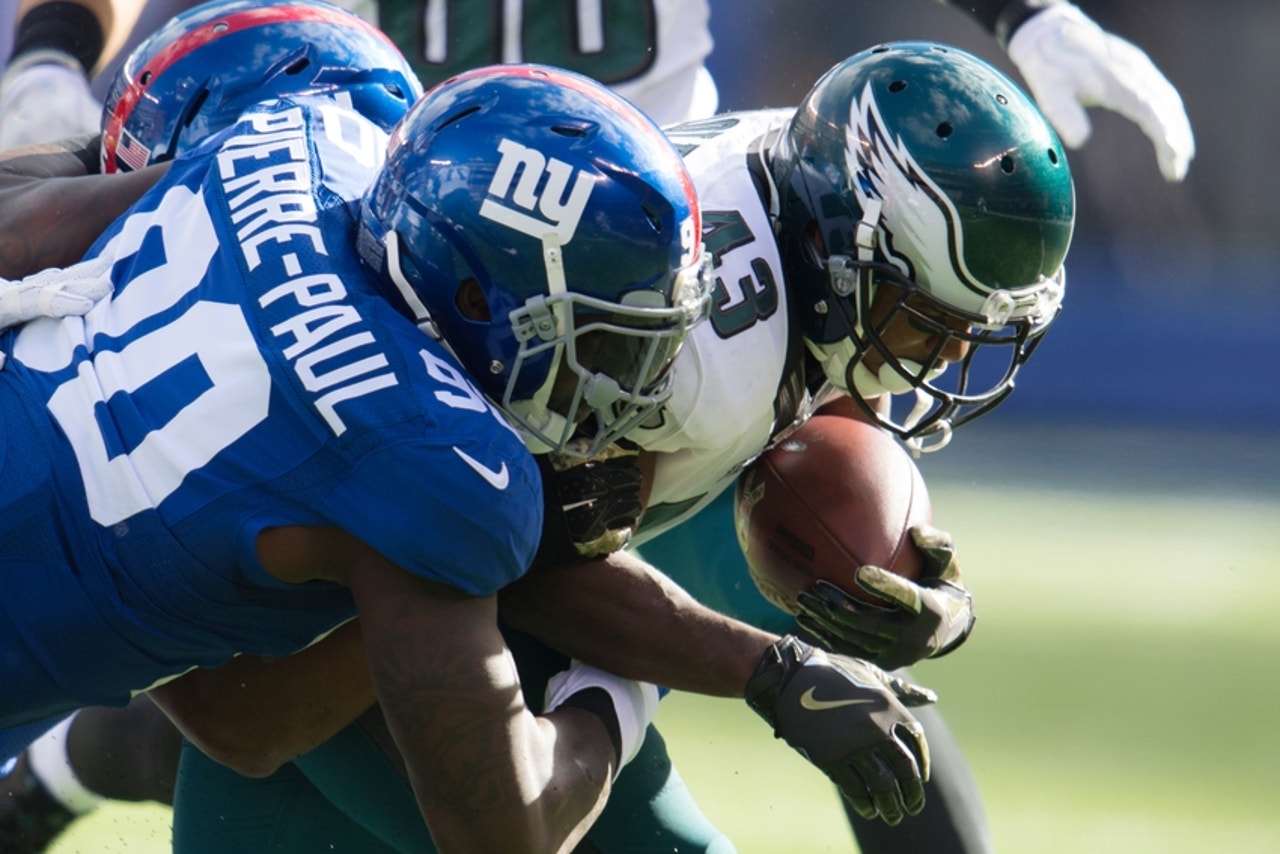 The New York Giants needed timely plays in their rivalry game against the Philadelphia Eagles, and their special teams unit provided them one.

Both the New York Giants and Philadelphia Eagles came into their Week 9 clash with 4-3 records, putting them behind the Dallas Cowboys in the NFC East. The Eagles had just come off of a heartbreaking overtime loss to the Cowboys, so they were looking to avoid a second straight defeat at the hands of the rival.

At the half, the Giants led 21-10 and Odell Beckham Jr. put in plenty of work with two touchdown receptions. The suddenly resurgent Giants offense also received a touchdown from undrafted rookie Roger Lewis, who could see more targets after Victor Cruz left the game with an injury.

The Eagles had a chance to make it a one-score game with less than two minutes left in the second quarter. But Caleb Sturgis’s 40-yard field goal attempt was blocked by defensive end Jason Pierre-Paul.

Another big-ticket player on the Giants defense was involved in this important play, as cornerback Janoris Jenkins recovered the blocked kick. Jenkins would return it for 13 yards, but he actually coughed it up. Punter Donnie Jones slowed Jenkins down, and a crowd of Eagles players forced the fumble. However, the Giants would not be denied of their turnover, because linebacker Mark Herzlich snagged the ball before it could bounce out of his grasp.

Eli Manning and Giants offense looked back on track, as Eli completed 15-of-22 passes with three touchdowns and eight yards per pass attempt. On the other hand, Carson Wentz continued to find it difficult to overcome the lack of talent at wide receiver. Despite averaging more than 10 yards per pass attempt, Wentz had two picks with no touchdowns, making use of the recently promoted Bryce Treggs as his leading receiver.