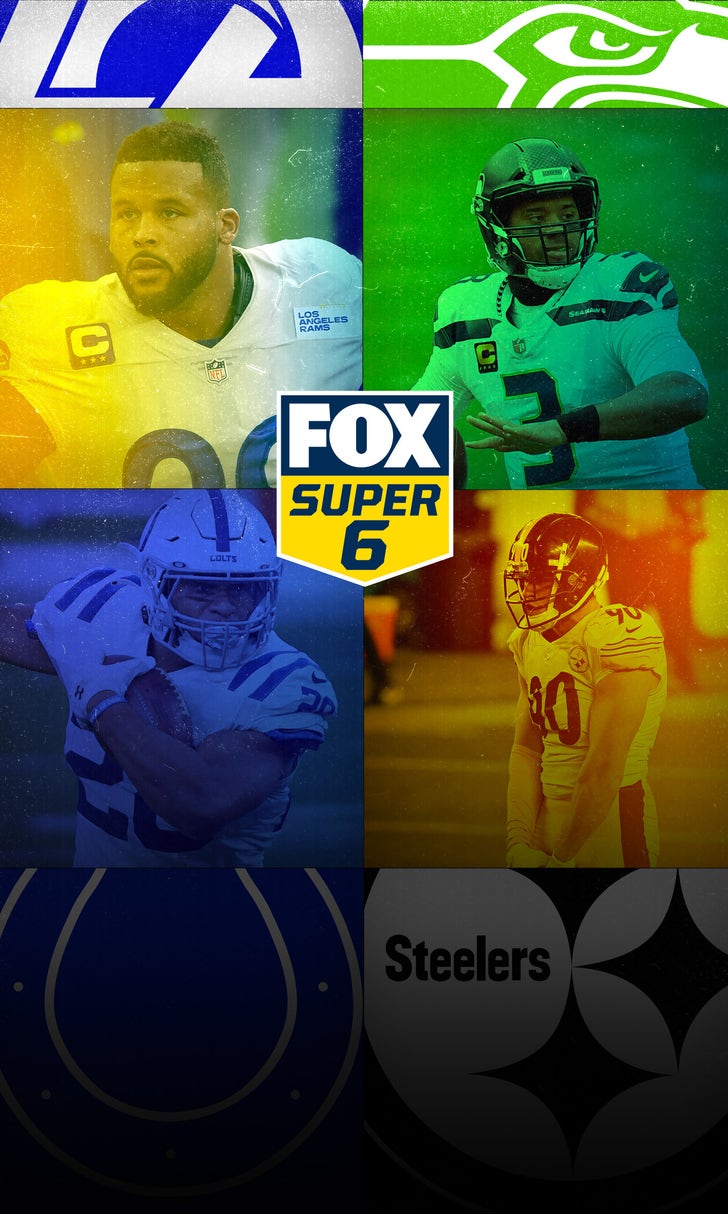 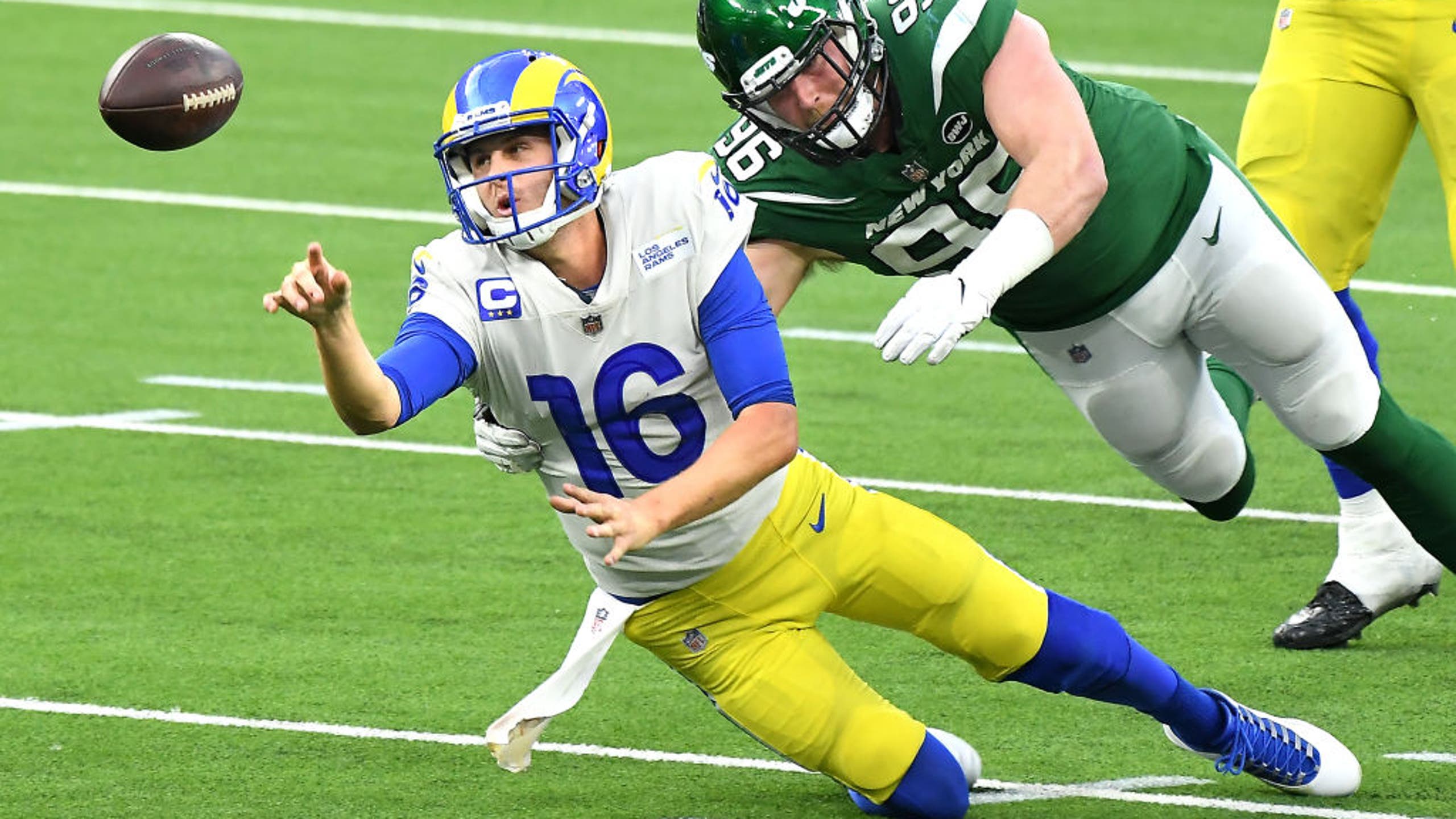 When making NFL picks, we’re supposed to trust the numbers, not rely on emotion. You definitely don’t let what you just saw influence your gambling. But good luck with that last one.

Week 15 was historic in that it marked the first time in 47 years when two underdogs of 14 points or more won outright in the same week. You’re going to hear all about the Bengals upset of the Steelers and the Jets' stunning victory over the Rams. Most casual gamblers are going to want no part of the Steelers or Rams. They both stink! (False: Both are going to the playoffs.).

Proceed with caution, as you make your picks for the FOX Bet Super 6 contest. If you nail all your Week 16 selections, you'll take home $100,000 of Terry Bradshaw's money.

The Chiefs have won 22 of 23 games and are the most dominant team in the NFL, but they have struggled to cover the spread in five straight games. That streak ended with a three-point victory at New Orleans last week, covering the closing line of -2.5.

The Falcons defense under Raheem Morris has been much-improved in the second half of the season, albeit against a mediocre -- or worse -- batch of QBs (Drew Lock, Taysom Hill twice, Derek Carr, Justin Herbert). Atlanta blanked Tom Brady’s Bucs for a half Sunday, holding them to 60 yards of total offense. Tampa adjusted and racked up 305 yards of offense and 31 points in the second half.

Atlanta’s inability to close out games in the fourth quarter remains troubling. Matt Ryan threw two interceptions against the Chargers in LA two weeks ago; the Falcons had just 31 yards in four drives in the final quarter against Tampa Bay. THE PICK: Chiefs by 7-9

If you didn’t get the memo, the Bengals defense is suddenly ... decent? Sure, Dallas scored 30 points (on 272 yards) two weeks ago, but the Cowboys did that thanks to short fields following three Bengals' fumbles. Cincinnati limited Tua Tagovailoa to one-for-10 on third down and one-for-four in the red zone and 19 points. They blanked the Steelers for a half. If Joe Burrow hadn’t gotten injured last month, maybe the Bengals are playing spoiler instead of sitting on three wins.

DeShaun Watson’s Texans won a playoff game last season and led the Chiefs 24-0 in the playoffs before collapsing, but they had a lucky regular season, going 8-3 in one-score games. This season? Just 2-5 in those, and two have come against the Colts in the last three weeks. Watson is second in the NFL in QB rating, and the top seven passers are all playoff-bound. THE PICK: Texans by 4-6.

The most dramatic Week 15 game, with Washington clinging to the NFC East lead, and coach Ron Rivera needing to beat his old franchise. Teddy Bridgewater improved to 18-2 ATS as a road underdog with Carolina's cover Saturday in Green Bay. Bridgwater will be under duress against Washington, which ranks 10th in pressure rate, and is seventh in the NFL with 40 sacks.

But don’t be fooled by Washington’s narrow loss to Seattle. That game was 20-3 midway through the third quarter, and the Seahawks essentially stopped playing offense. You’ll have to wait until later in the week to see if three key offensive players will suit up: Alex Smith and Antonio Gibson for Washington, and Christian McCaffrey for Carolina. THE PICK: Washington by 1-3.

What do we make of the Steelers, who won 11 straight to start the season, but have lost three in a row, with their offense looking more anemic with every outing? Inexplicably, the Steelers don’t use their best offensive weapon, Chase Claypool, enough. The injury to Eric Ebron, who was hurt in the loss to the Bengals, could be a big blow to a plodding offense. Ben Roethlisberger is rapidly looking his age (38), and his five turnovers in the last three games have crippled the offense.

If you exclude the season opener in which Indianapolis didn’t punt (yet still somehow lost at Jacksonville), the Colts' losses are to the Browns, Titans and Ravens (29-13). Philip Rivers is 39, but he’s playing well in December (six TDs, 0 INTs). THE PICK: Colts by 1-3.

New York’s win over Seattle was the high point of its season, and now looks like an anomaly after their punchless losses to the Cardinals (26-7) and Browns (20-6). The Giants' only chance to control their own destiny is beating the Ravens, who are peaking after a three-game losing streak.

Baltimore’s offense is finally looking like the 2019 version, scoring 34-plus points three times in a row. If Daniel Jones returns under center for the Giants, his hamstring will have to be 100 percent, because he’ll be running from the most blitz-happy defense in the NFL (234 blitzes, tops in the league).

The Giants run defense was impressive vs the Browns (9 TFL, 3.5 ypc allowed), but the Ravens lead the NFL in yards per carry and yards per game once again this season. THE PICK: Ravens by 7-9.

The Rams come into this NFC West showdown off a shocking 23-20 loss to the previously winless Jets, the biggest upset in the NFL -- by point spread -- in more than a decade. The Jets were 17-point underdogs. That result is irrelevant here, and if anything, it means you should look closer at backing LA because public sentiment will gravitate toward the Seahawks.

Sean McVay’s Rams have dominated Pete Carroll’s Seahawks in the last six games, winning five. In the last meeting on Nov. 15, Russell Wilson threw two interceptions and was sacked six times. Wilson has thrown a career-high 13 interceptions this season, and he’s going to have to find solutions besides DK Metcalf, because Jalen Ramsey of the Rams totally erased him from the earlier meeting (four catches for 29 yards). THE PICK: Rams by 1-3.

Enter the NFL Challenge contest on the FOX Bet Super 6 app for free and you can win this week's $100,000 jackpot!