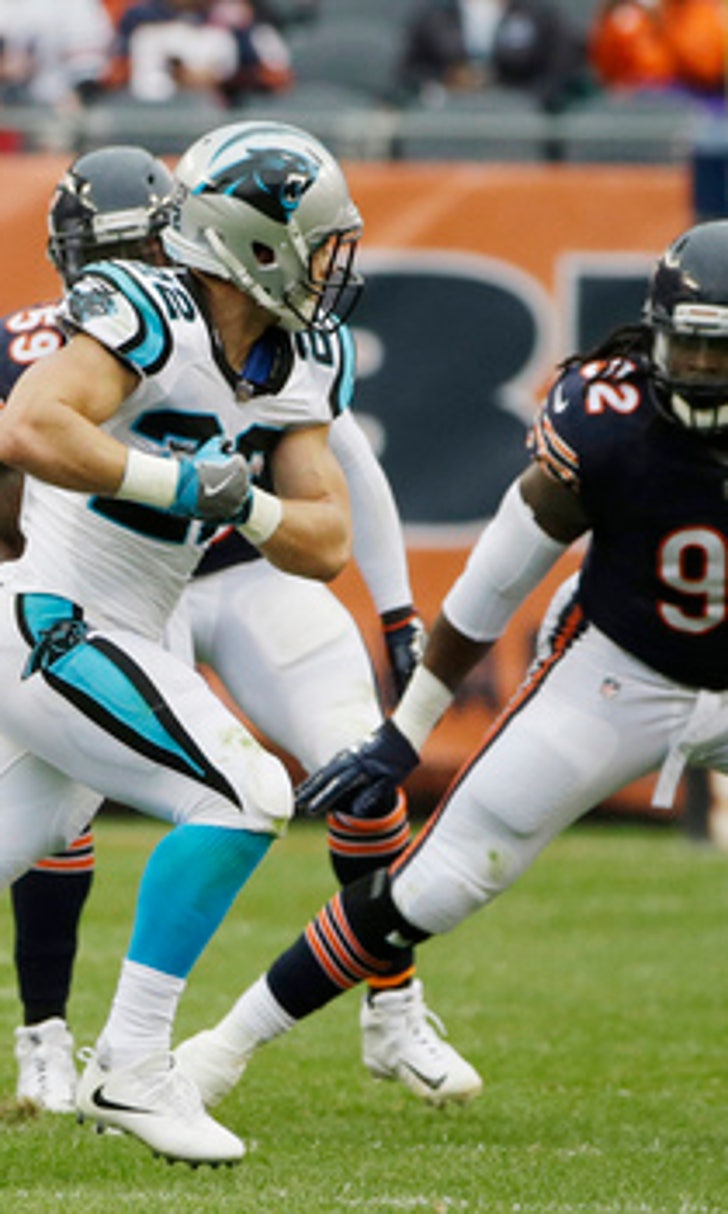 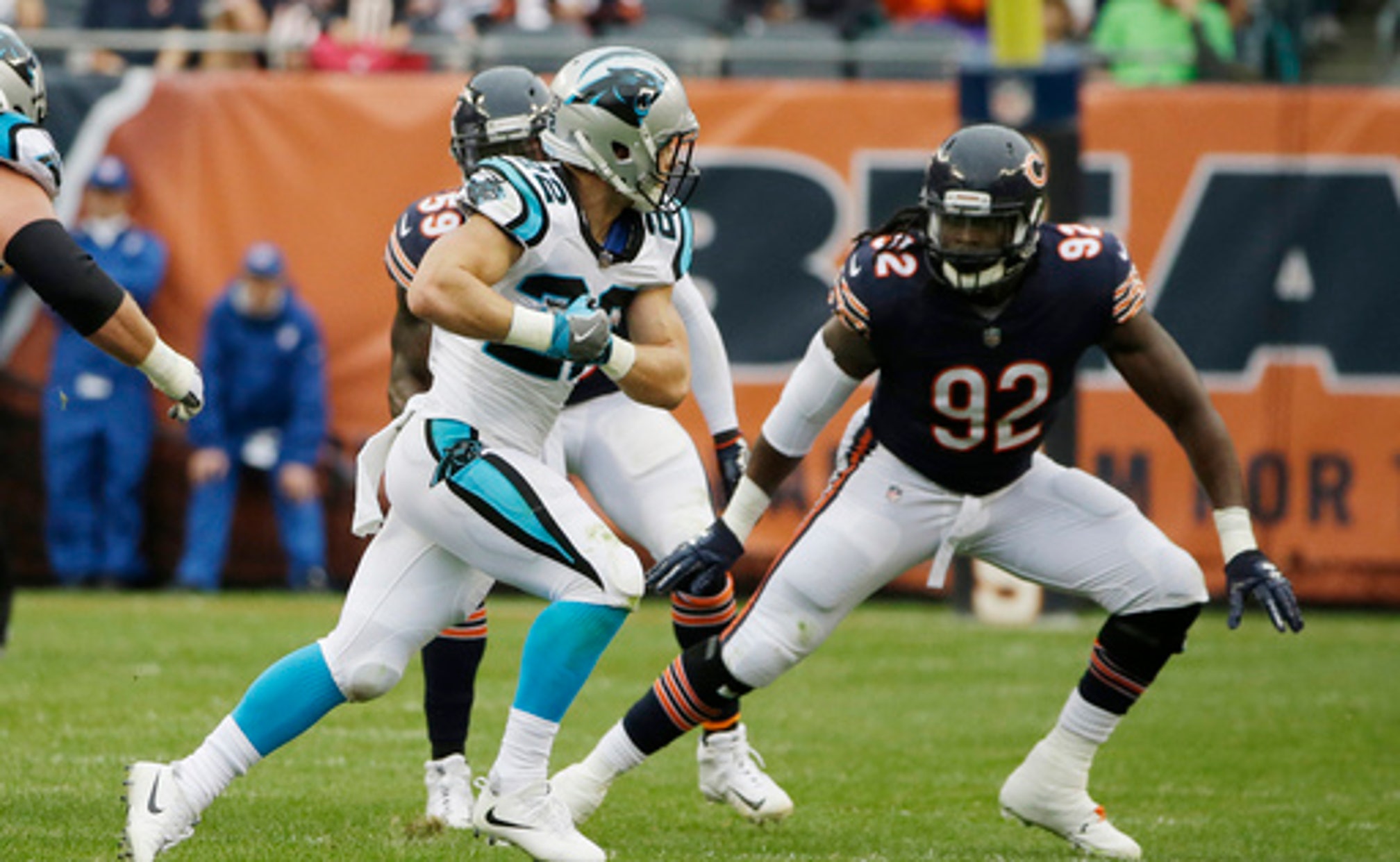 previous story
Bucs find another way to collapse in 30-27 loss to Bills
next story
Upon Further Review: Badgers vs. Maryland

He scooped up a loose ball and corralled a tipped pass. And with two long touchdown returns, he made NFL history.

Jackson became the first player to score multiple defensive TDs of 75 yards or more in a game, leading the Chicago Bears to a 17-3 victory over the Carolina Panthers on Sunday. He's also the only rookie in NFL history with two 75-yard defensive touchdowns in a season.

Jackson's big day came exactly one year after he broke his leg playing for Alabama against Texas A&M.

''I'd dealt with adversity before,'' Jackson said. ''That's one thing that I can credit Alabama on. They help you fight through adversity. I've been through a lot of stuff in my life. That was just a little minor stepping stone. I came here - it's a great organization, great training staff and great teammates so they did a great job keeping me up, keeping me going.''

Jackson ran back a fumble recovery 75 yards on the game's opening possession and returned an interception of Cam Newton 76 yards for a score early in the second quarter to give Chicago a 14-0 lead.

He became the first Bears player since Fred Evans in 1948 - and the first NFL player since Tennessee's Zach Brown in 2012 - with two defensive TDs in a game.

The big plays by Jackson and the defense lifted the Bears (3-4) to their second straight win even though they got dominated in just about every statistical category.

''We didn't make plays, we really didn't,'' coach Ron Rivera said. ''We were very methodical. We moved the ball. We got in certain situations and they bowed their neck and did some good things defensively. Offensively, they did what they needed to do.''

Chicago's Mitchell Trubisky was 4 of 7 for 107 yards in his third NFL start. The No. 2 overall pick threw a 70-yard pass to Tarik Cohen, but did little else.

Jordan Howard also had a quiet afternoon, even though Panthers star linebacker Luke Kuechly missed the game because of a concussion. He ran for just 65 yards after going off for a career-high 167 against Baltimore last week.

The Bears matched last season's win total and put together back-to-back wins for the first time since 2015 - coach John Fox's first year in Chicago. They have six takeaways in the past two games. And against the Panthers, Jackson asserted himself right from the start.

A fourth-round draft pick, he scooped up the loose ball near the end zone after Curtis Samuel botched a lateral and was barely touched if at all on the way to the end zone.

Early in the second quarter, Chicago's Prince Amukamara tipped a pass intended for Kelvin Benjamin. Jackson hauled in the interception and made a neat move to avoid a lunging Cam Newton in an otherwise clear path to a 76-yard TD.

''I see it every day in practice,'' linebacker Pernell McPhee said. ''He is going to be special. That's a special kid. Our whole secondary is special.''

QUOTABLE: Bears coach John Fox on matching last year's win total: ''I don't know if that's really a benchmark for us, to be honest.''

Panthers: Two-time All-Pro C Ryan Kalil said he suffered a setback in his return from a neck injury. He returned to the lineup after missing five games, only to last one quarter Sunday. ''I'm just pretty frustrated about the whole thing,'' he said. ''Just get back to Charlotte and figure out what the game plan is.'' ... LT Matt Kalil, his brother, limped to the sideline following a Panthers run early in the second quarter, but started the second half. ... RG Trai Turner injured his left knee late in the third blocking on a pass play and left the game. He is scheduled for an MRI, but he said he expects to play next week.

Green Bay Pummels Chicago on SNF
The Packers routed the rival Bears in Week 12's finale, putting on a clinic on both sides of the ball.
4 days ago