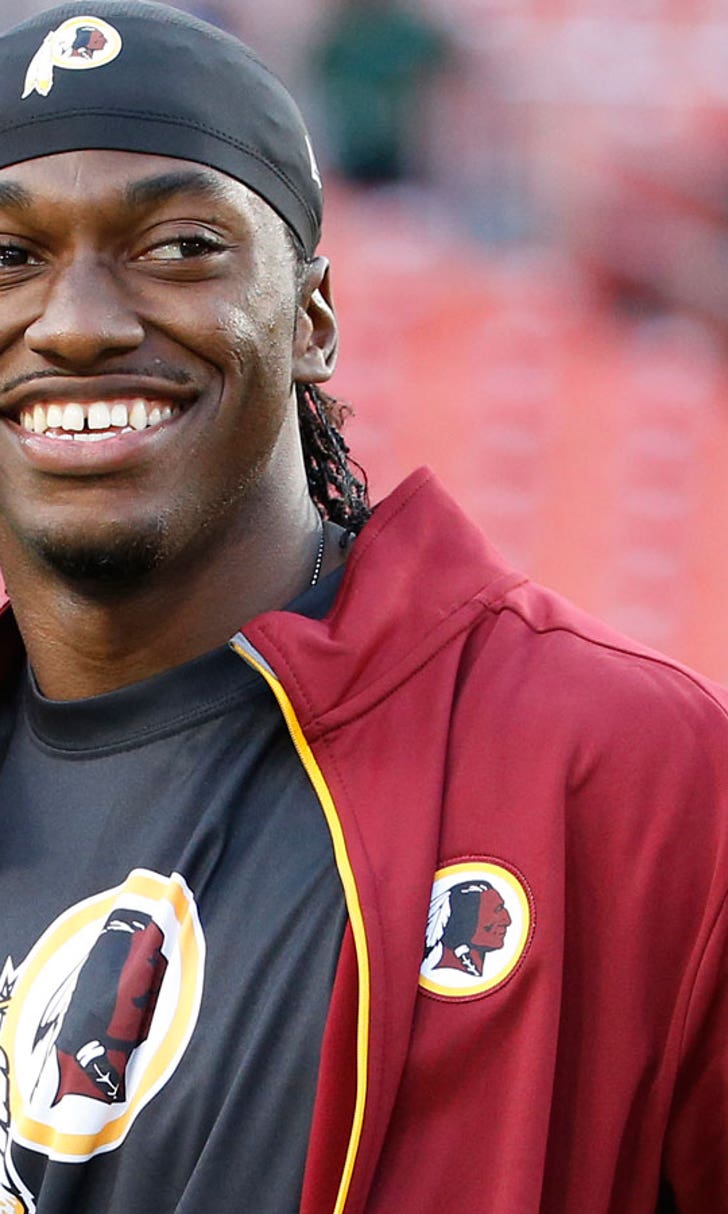 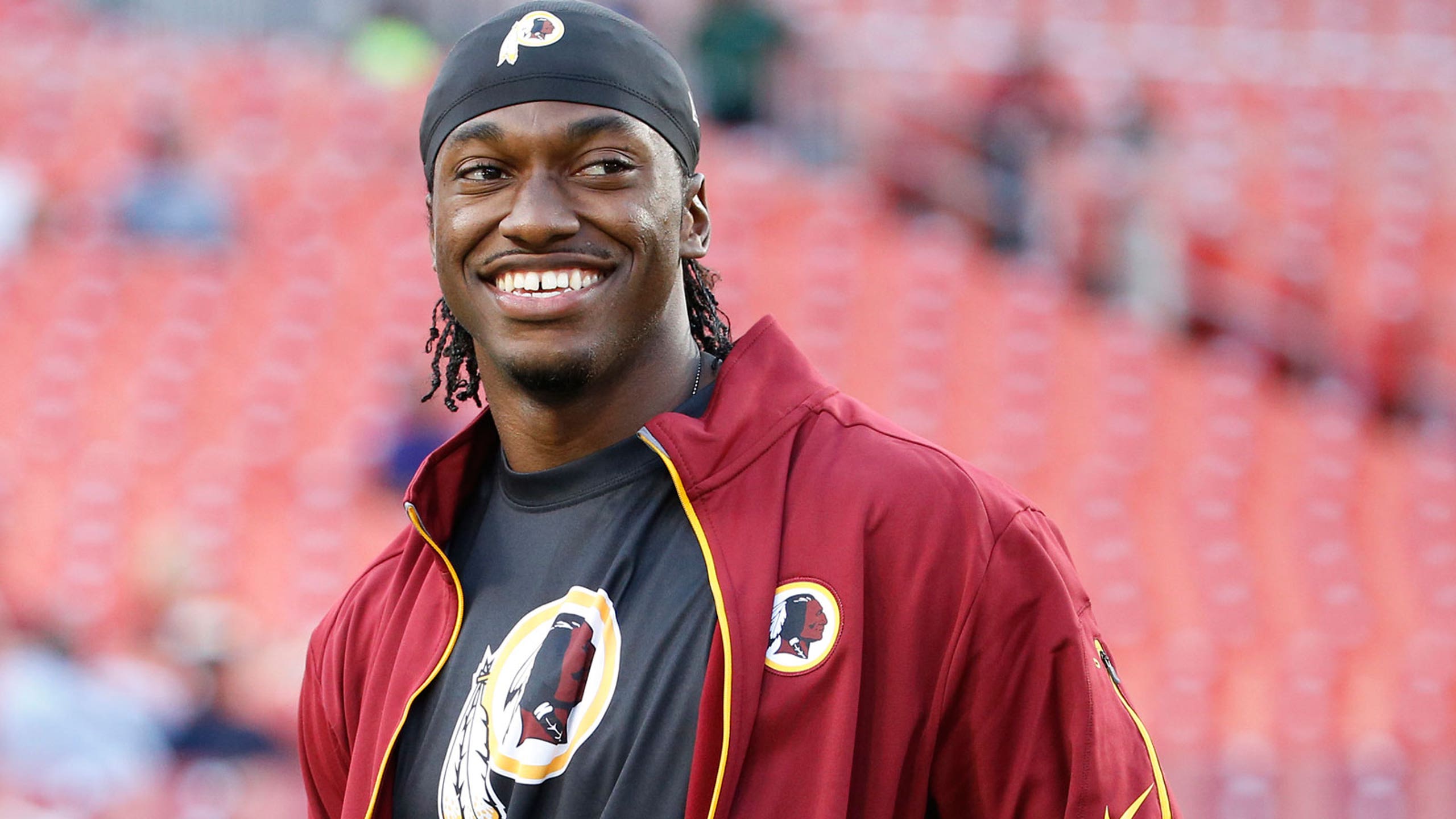 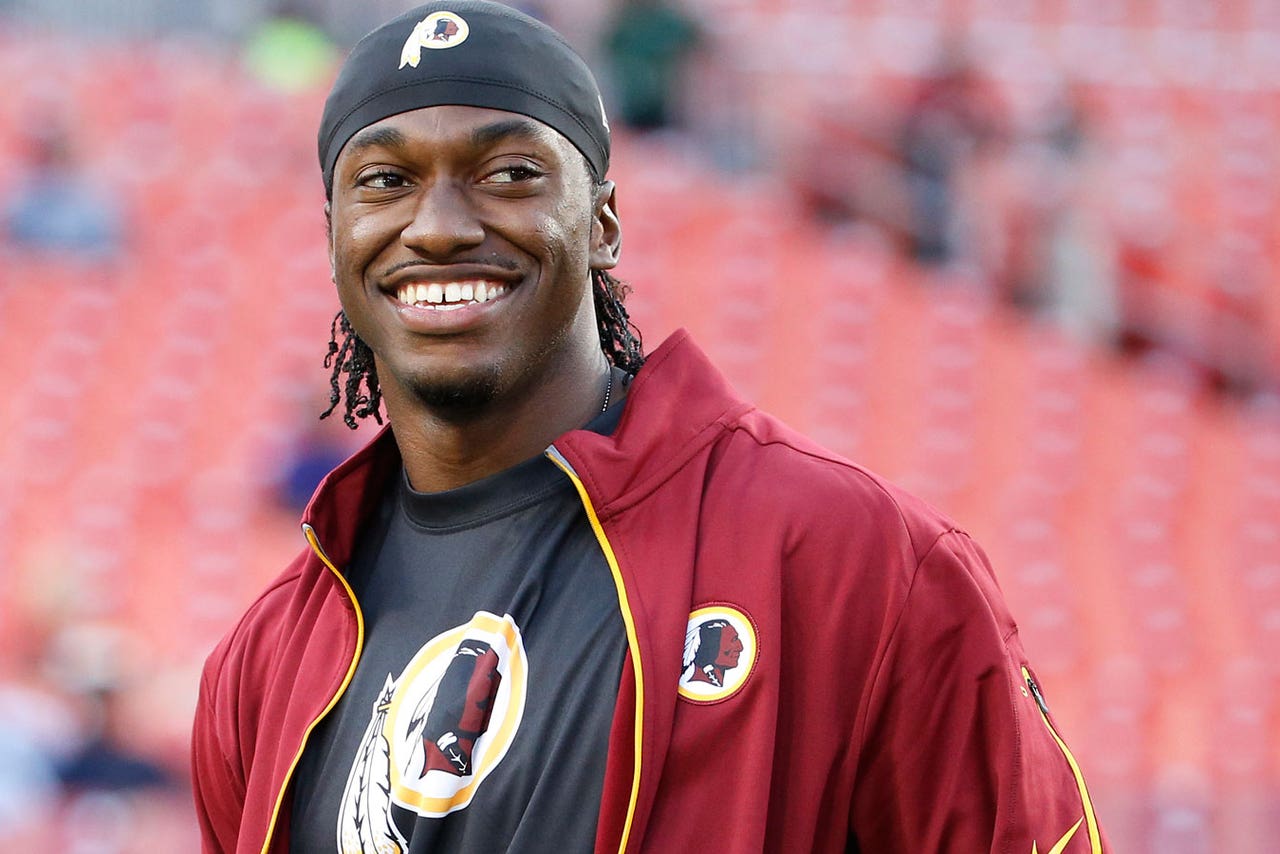 Cleveland's never-ending search for a franchise quarterback could come down to a competition between RG3 and one of the two rookies this summer. Of course, the Browns would have to sign Griffin and draft Goff or Wentz with the No. 2 overall pick in next month's draft.

Jackson didn't tip his hand at the NFL owners' meetings on Tuesday, but he likes all three QBs.

On Griffin: ''He was and is a tremendous player.''

On Wentz: ''He has great stature, great ability. He looks the part. He has all the attributes that you look for.''

Griffin, released by Washington earlier this month, visited the Browns last week. He led the Redskins to the NFC East title in 2012 and was NFL Offensive Rookie of the Year before sustaining a serious knee injury in the playoffs. Griffin's career steadily declined following the injury and he wasn't in uniform for any games in 2015 after losing his starting job to Kirk Cousins in training camp.

''When you talk about Robert, you're talking about a young man who ... has been successful,'' Jackson said. ''We would be remiss if we didn't look at everybody and see how they fit for us.''

Griffin has a rocket arm and had sprinter's speed before he got hurt. Jackson could be the right guy to maximize Griffin's potential.

Hired in January to be Cleveland's sixth coach since 2008, Jackson has helped develop several quarterbacks over his career. He was Baltimore's quarterbacks coach for Joe Flacco's first two seasons. He coached Carson Palmer in Cincinnati and Oakland. Most impressive, Jackson helped turn Andy Dalton into an MVP candidate last year.

Griffin had a knack for grabbing headlines by making comments that sometimes irritated people and other times were misunderstood or misconstrued. Jackson asked him what he thinks went wrong in Washington.

''I don't baby people,'' Jackson said. ''He told me the truth. He made mistakes and learned from them. He took responsibility. I'm going to trust our instincts and my gut and what I think is best as we go through that process.''

If the Browns sign Griffin, it wouldn't preclude them from drafting California's Goff or North Dakota State's Wentz and letting the two QBs battle in training camp.

''I told (Griffin) whatever we decide to do is what we decide,'' Jackson said. ''He would have to go and compete. The cream always rises to the top. If a guy is afraid of competition, then you have the wrong guy anyway.''

The Browns have used 24 starting quarterbacks since 1999, including four guys they drafted in the first round: Tim Couch, Brady Quinn, Brandon Weeden and Johnny Manziel.

Josh McCown began last season as Cleveland's starter, but the 36-year-old journeyman was plagued by injuries and missed eight games. Manziel started six and Austin Davis started two. McCown and Davis are under contract for next season. Manziel, the No. 22 overall in 2014, was recently released because his off-field antics overshadowed his performance.