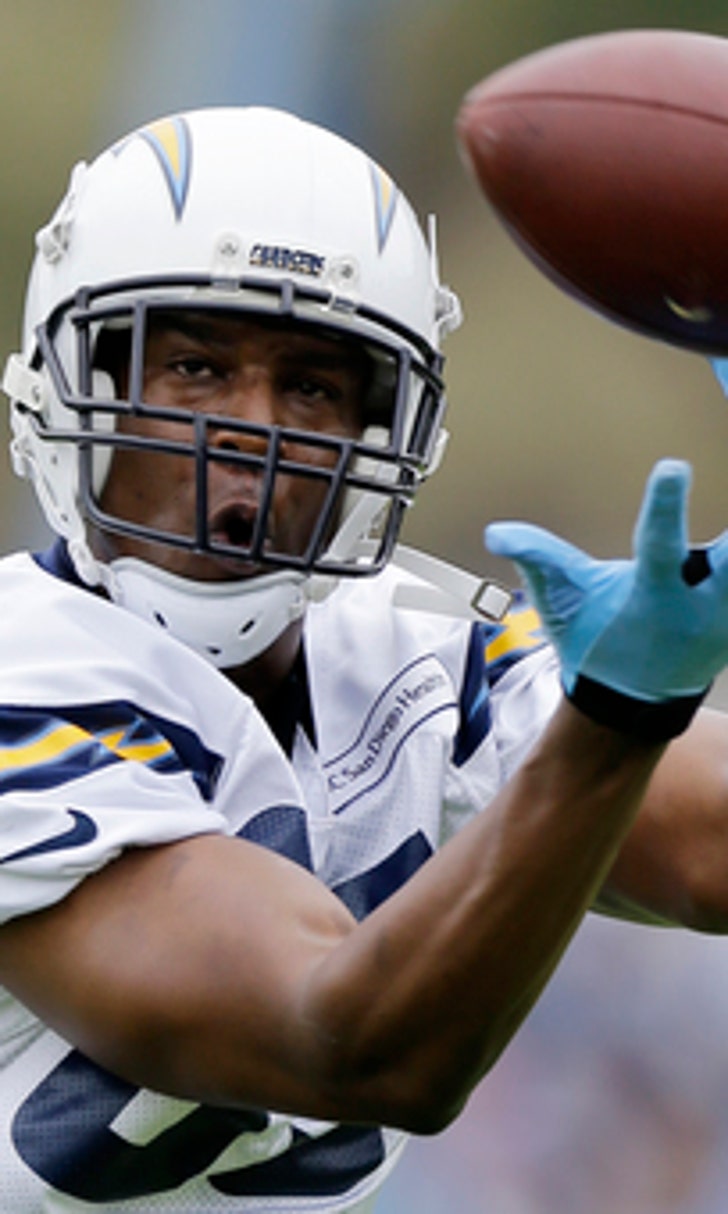 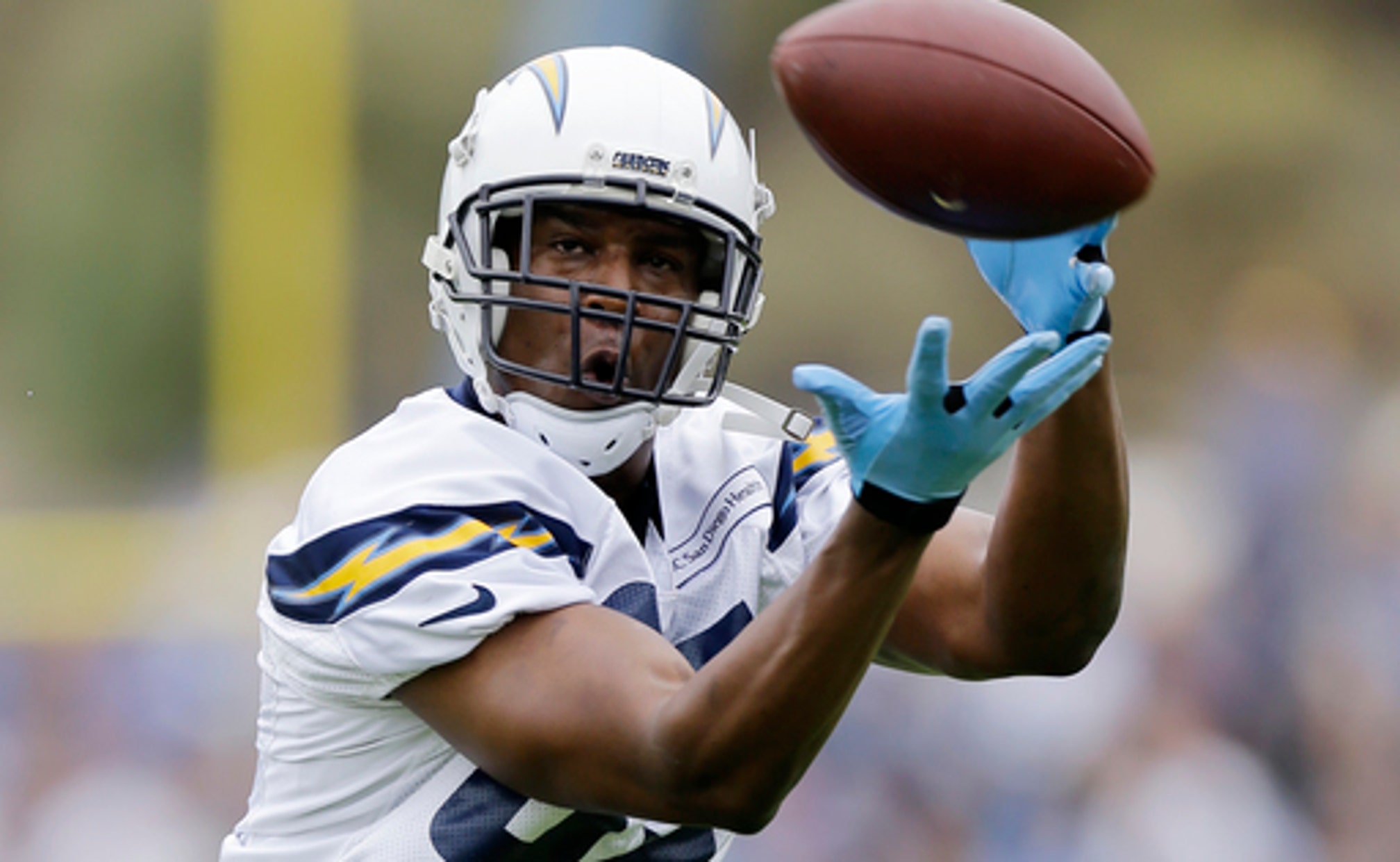 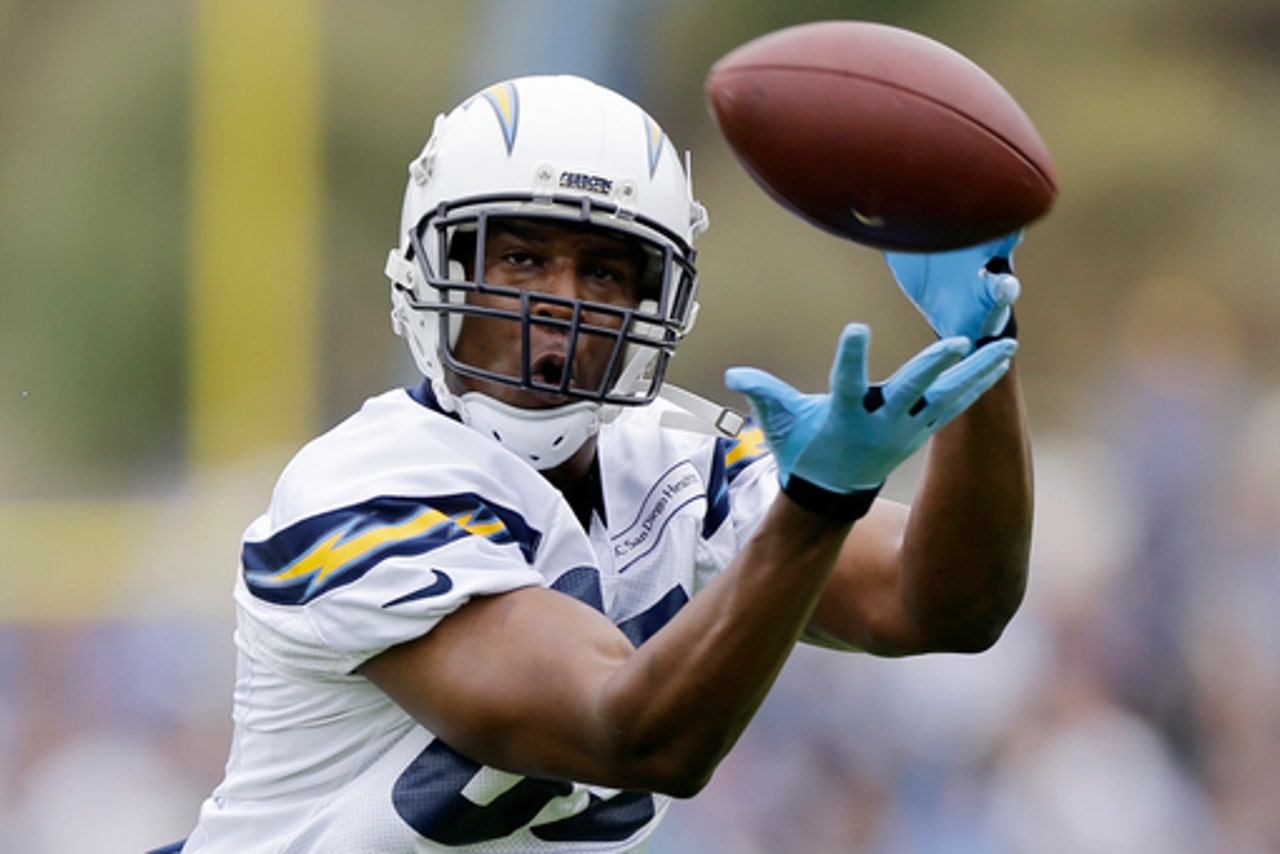 SAN DIEGO (AP) Antonio Gates recalls Nick Saban telling him he'd one day be an NFL first-round draft pick and that he could play both football and his beloved basketball at Michigan State.

Being 6-foot-4 and weighing 250 pounds, Gates knows he made the right choice in going to the NFL rather than trying to pursue an NBA career.

Still, for every pass he's caught from Drew Brees, Doug Flutie, Philip Rivers and even LaDainian Tomlinson, Gates always has basketball in the back of his mind.

''That's the part that's kind of like the chip on my shoulder when I play,'' Gates said. ''In my mind, I'd be thinking, `I wish I would have given it a chance, to see what would have happened.' But it's hard to see it because of the success over time playing football. It's kind of hard to say now.

''But I think that's what drives me still to this day is because I know I didn't give my heart a chance to do what I wanted to do. So I'm like, `OK, well, somebody's going to pay for it.' If I've got to play 15, 18 years, to get all the records, that's what drives you, when people can't see you for what you were.''

Gates, 36, joined the Chargers as a rookie free agent in 2003, a year after leading Kent State to the Elite Eight in the NCAA Tournament. He caught his first touchdown pass on Nov. 9, 2003.

''It was against Minnesota. From Doug Flutie,'' Gates said. ''Drew Brees was here and I guess he kind of didn't get off to a good start and Flutie got in the game and I scored a touchdown.''

Brees regained his starting job but left after 2005, and Rivers became the starter.

Rivers and Gates have connected on 82 touchdown passes, the most between a quarterback and tight end. Gates' 109 TD catches rank him seventh all-time.

Rivers' first start was opening night in 2006 at Oakland. In the fourth quarter, he hit Gates on a 4-yard corner route. Rivers threw only 11 passes that night, two to Gates.

''I was fired up, obviously, to throw a touchdown in my first start,'' Rivers said. ''I remember going up to him and saying, `Hey, that's the first of many.' And he was kind of like, `Get out of here. I haven't got a ball all day. I don't want to hear that.'

''Now you look back and however many it's been between he and I, and he's right there at 109. It is special. I want it for him more than anything, and I think he wants it as well. Certainly when given the opportunity I'm going to try my hardest to get him into the end zone three more times, at least.''

When Gates joined the Chargers he hadn't played a down of football since his senior season at Detroit's Central High. Saban recruited Gates to Michigan State. Gates left after a year because Saban wouldn't let him play basketball.

After playing at two junior colleges, Gates ended up starring in hoops at Kent State. Along the way he was noticing that people he knew were getting drafted high by NFL teams.

Among them was Dwight Smith - ''my homeboy from high school'' - who went to Akron and was a third-round pick of Tampa Bay in 2001. Smith had two interceptions of Oakland's Rich Gannon, the league MVP, in the Bucs' Super Bowl win at San Diego's Qualcomm Stadium in January 2003.

''Wait a minute, something ain't adding up,'' Gates said. ''This is my circle and everybody's getting drafted.

''But I loved basketball. That was my heart. It's like going to the prom, man. You've got two girls and you love one and she don't show you no attention and you have to go out of your way. You're trying to get her attention. And then here's a girl who's just wanting to go to prom with you: `Love you, like your height. You smell good,' `' Gates said with a laugh. ''That's how football was. Everything was great. `You tall, you fast. You big.' And basketball was like, `Uh, can you do it at this level?' It was always the ifs ands and buts when it came to basketball. Golly, no matter what I do, I average 20 points a game and they were like, `Do it against Kentucky.' I had 27 on that. I had 33 on Boston College. `But can you do it consistently on this level?'

Gates had a daughter at the time and made what he felt was the safest choice: the NFL. All these years later, he's certainly erased the doubters.

''I think it's great. I'm not surprised, either,'' said Gonzalez, who plans to congratulate Gates via Twitter when he breaks the touchdown mark.

The two were division rivals for six seasons when Gonzalez was with the Kansas City Chiefs.

''He pushed me to the limit to be the best tight end I could be,'' said Gonzalez, a studio analyst for CBS' ''NFL Today.''

''I'd like to think I did the same. There was always that competition of who could outperform who in the game.''

Gonzalez also played college hoops, at California, and like Gates picked the NFL over a possible NBA career.

''I love that he made the right decision,'' Gonzalez said. ''With the legacy he's set, he's right there with the other guy from that franchise, Kellen Winslow, two of best to ever put on cleats and play the tight end position.''

Making Themselves At Home
Derek Carr caught fire in Las Vegas' NFL debut as the Raiders stayed undefeated. Drew Brees and the Saints? Not so much.
2 hours ago

The Most Entertaining Team In Football
When it comes to the Cowboys, you never know what’s coming next. And that's half the fun, Martin Rogers writes.
3 hours ago

Zeke Files For 'Feed Me' Trademark
The Dallas Cowboys running back is making his motto official, Charlotte Wilder writes. Now, who wants a "FEED ME" tie?
13 hours ago

Breaking Down Week 2's Biggest Injuries
A number of key NFL players suffered unfortunate injuries on Sunday. Here's what you need to know.
14 hours ago

How The Cowboys Saved Their Season
An 0-2 start can spell doom for NFL teams. But Dak Prescott wasn't about to let the Cowboys fail.
14 hours ago
those were the latest stories
Want to see more?
View All Stories
Fox Sports™ and © 2020 Fox Media LLC and Fox Sports Interactive Media, LLC. All rights reserved. Use of this website (including any and all parts and components) constitutes your acceptance of these Terms of Use and Updated Privacy Policy. Advertising Choices. Do Not Sell my Personal Info